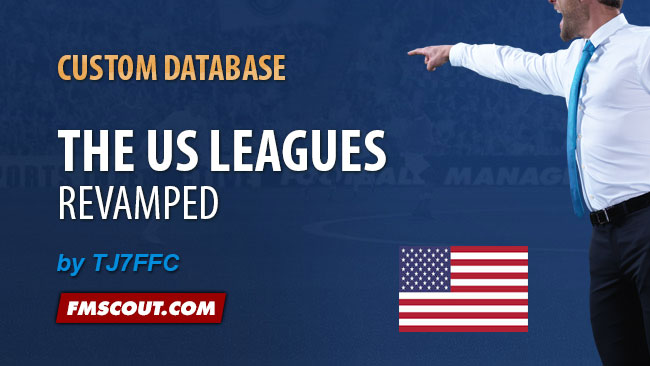 Welcome. This is my interpretation of making America more attractive to play in.

All Leagues have been increased in Reputation from 140-90 respectively.

* Please Note For Up To Date Transfer's Please Use Pr0's database - This includes transfers such as Villa to NYCFC and Kaka to Orlando * Also On Loading click Do Not Add Key Staff to stop having managers that aren't real.

MLS - Contains all 19 teams as before, the top 4 in the league qualify for the North American Champions League, the bottom two teams are relegated to the Second Division, there are no conferences in this. 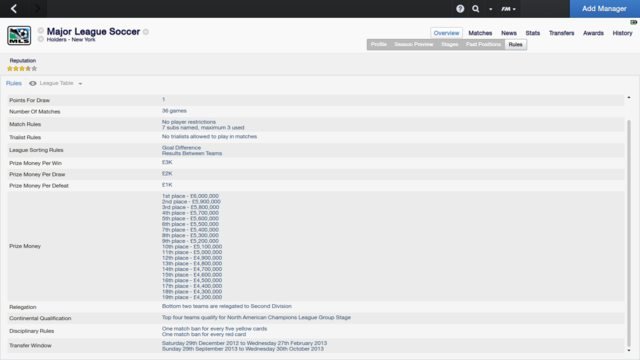 Second Division - Contains 10 teams, top 2 are promoted while the bottom 2 are relegated, after 2 rounds of games the league splits into top half and bottom half, playing each other a further 3 times in the mini league. 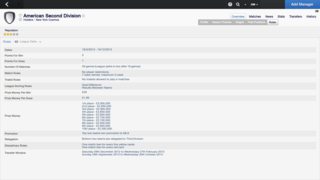 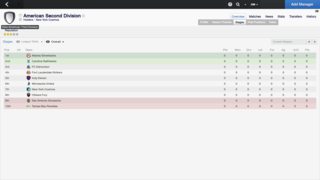 Third Division - Contains 14 teams, top 2 are promoted while bottom 2 are relegated to the UNL, as before the league splits after two rounds at 7th place and two further rounds take place NYCFC have replaced LA Galaxy Reserves. 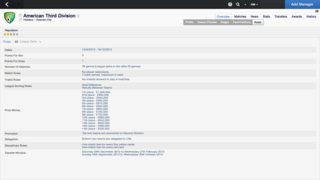 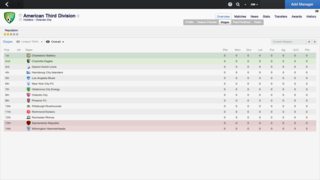 UNL - The UNL is the final tier of the American Leagues and is the Canadian Super League moved into the American System, Contains 12 teams, 2 promoted and non relegated, after 3 rounds of fixtures. 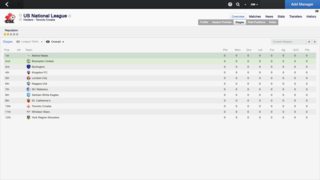 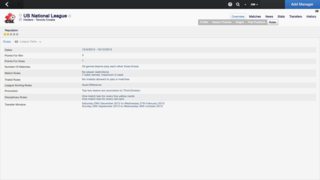 US Open Cup - 256 team competition, teams from all professional leagues in America, straight knock out which finishes in December.

Lance Pioneer Cup - Old Columbus Rivalry Cup, transformed into a competition between the top two leagues and the three best teams in the 3rd Division, prize money is less than the Open Cup.

Supporters Shield - The Super Cup between the Open Cup and MLS winners.

Move the downloaded file "US SPLIT.dbc" in your Football Manager 2014 editor data folder:

Start a new career game (won't work with classic mode).
A little pop-up window will come up with editor data files notice at the bottom. Click "Custom" to select this database.

After this click on United States, then Next Game overview in the corner.
It will then bring up the available league.
Click this then Start Game on the right.

Discussion: The US Leagues with Promotion, Relegation and Splits