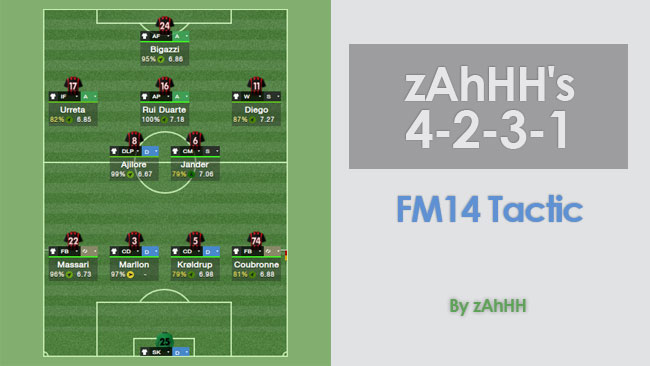 The tactic I use in my Olhanense save, it works for Torquay as well which makes this tactic usable in many leagues. The key to this tactic is the advanced forward and the advanced playmaker, both of which play as the 'hook' in attack, roaming around the channels while providing well played through balls to the wingers for them to score or provide a cross to the duo, or combine with each other to result in a goal between them. The tactic takes most of its inspiration from the APOEL team of 2011 that advanced into the Round of 16, using the lateral movement of the front duo as their main tactical point in their incredible underdog achievement. Similarly Olhanense was predicted to finish 14th, yet the team is comfortably in 3rd.

SK(D): (Distrubutes to Defenders(tick off if you don't trust your CB's ball skills), More Direct Passes)
Just your basic keeper, but as a sweeper keeper, he needs a good amount of eccentricity, a good touch and some aerial ability due to the fact that the tactic attracts a high amount of crosses from the opposition.

CD(D): (Pass Shorter)
Your CB, play what you think is good. Having good jumping reach, mental attributes, positioning, some pace and strength is essential due to the nature of this tactic's defending.

FB(Auto): (Sit Narrower, Fewer Risky Passes)
The traditional full-back, who shuttles between defense, midfield and attack seamlessly with his energy. Will tuck in when the opposite side is attacking, meaning there is always some method of preventing counter attacks. They also need to have some aerial ability and anticipation if going against teams playing direct football as they sit narrow and may go into an aerial duels, or intercept chipped passes with their head. The presence of an inside forward on the left means the left back will attack more, so try to invest in a good, attacking left back.

DLP(D): (Fewer Risky Passes)
He will dictate tempo in the center of midfield and spray balls to other players, while keeping a disciplined holding position in front of the defense. He will also cover the LB's runs forward, so good positioning and tacking is needed. Aside from that, he needs to man mark opposition AMCs(if any), so some degree of marking is also a must.

CM(s): (Fewer Risky Passes, Shoot Less Often)
Will look to play a simple supporting role for the attackers upfront, but will try to make through balls to the front 4 as well, and make the occasional run from deep.

AP(A): (Move into Channels, Roam from Position)
The hook and heart of the attack, his instructions to drift around the attack means he's near un-markable without conceding space to the advanced forward to drop in or give a lot of time for the CM(s) to create. Aside from that, he will make runs into the box, providing an extra body in the box. Good "off the ball" attribute is needed to take advantage of his instructions.

W(s): (Pass it Shorter)
The right winger will try to quickly defeat his opposite number and put the cross in. He will also make diagonal runs into the box on the break when needed, and also provide valuable width on the right side.

IF(s): (Pass it Shorter)
The left winger will look to sit narrower and be more creative, as well as being a danger in the penalty box with his late runs. His presence opens up space for the left back, too. Despite being an inside forward, he might cross it from time to time if he is good with his left foot, or is left footed.

AF(A): (Move into Channels, Roam from Position)
The main focal point in this tactic, will look to create havoc by roaming around alot, relentlessly drifting into gaps, making him almost un-markable. Aside from that, the advanced forward will look to feed unto onrushing players, or go for the stunning dribble when he has the ability to. As he will be the target of crosses, good height is needed. Like the AM, he will need a good off the ball attribute to reap the benefits of his tactical role. 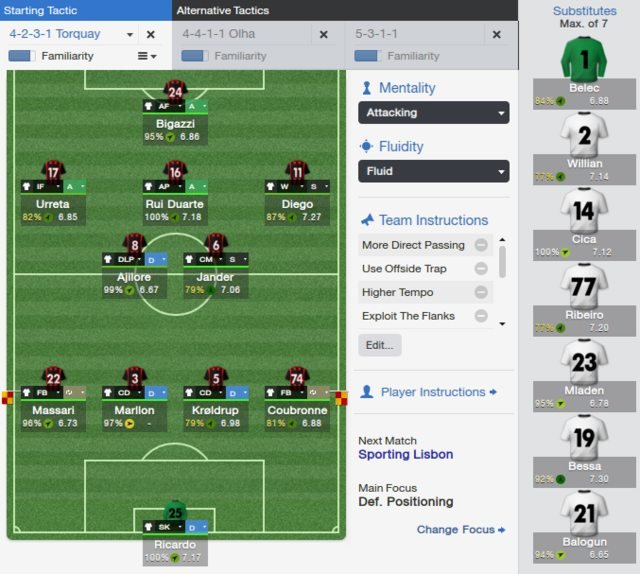 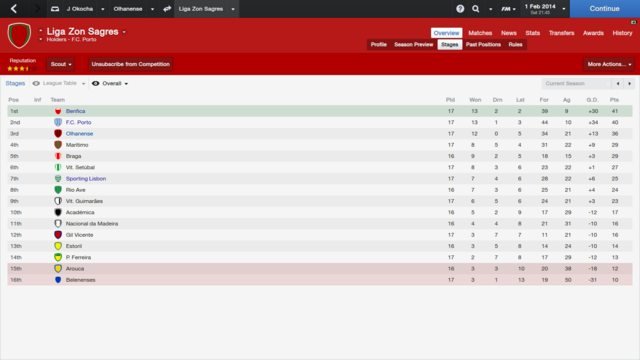 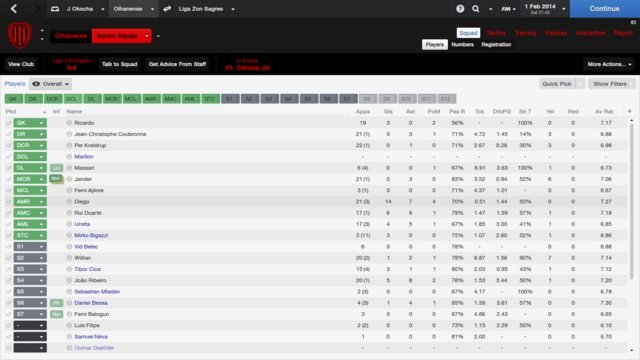 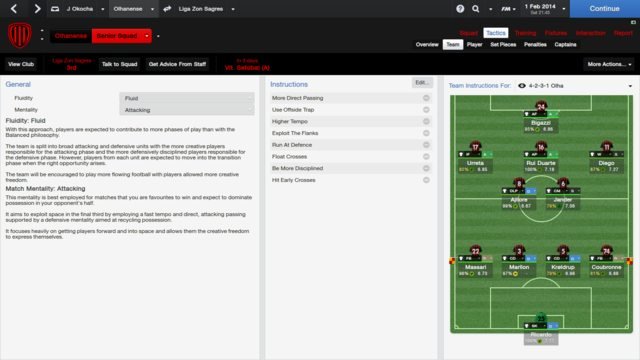