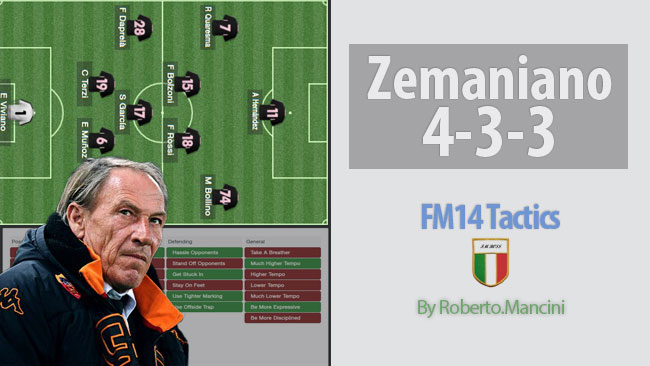 "Moggi non e il mio nemico, Moggio e un nemico di calcio" - Moggi is not my enemy, he is an enemy of football.

I chose to begin with this phrase because the truth always shines. Like the recently revealed fraud of Uli Hoeness and like the most fake league titles ever in Europe which won by Olympiakos of Kokkalis. Zeman didn't win anything in particular because he was the dark sheep of the system. The black hell who was revealing always on time what happened. Wisely broad educated he never had a doubt on what is correct or not.

Sebastian Leto admitted publicly once: "When I was in Olympiacos, after some matches which we didn't win, some dark cars were coming outside my home and people started to curse me in Spanish and to shout on me, the same happened 2 times in Catania."

So the dirtiness has no origins and countries. Zeman ironically admitted "Everybody wins trophies and league titles very clearly, like Juventus in Italy, Lyon in France, Real and Barcelona in Spain, even Olympiakos in Greece and Galatasaray in Turkey. Nobody knows the secret weapons that they use, however I revealed some of them in 98 and we had a big earthquake".

Zeman convinced global media opinions by presenting real and clear cut documents which were showing exactly the level of felony. As he publicly admitted in one debate against exceptional coach but poorly educated man - Marcello Lippi: "We use creatine, but it's different to use 300mgr in one month and to use 60mgr in one day". It's about the measure, we don't live in a virgin world, every team uses some substances.

I used this formation with Palermo. I got promoted with ease and in my second season I had an amazing Serie A debut by making the top 5 having far the best attack and a modest-average defence. Of course my transfers were very limited. The serious transfers were very few because of Zamparini's maniac transfer policy. I made everywhere big wins and I humiliated all the top 4 teams of Serie A. Simply my roster was short and after 3-4 consecutive victories the team was jaded.

Have on mind to apply very tough training sessions and to use the same tactic in overload move. Always tackling hard, closing down and show up weaker foot. I had to make many tricks with players positions by making the wingers as full backs, the full backs as DMC and my AMR/L/C as central midfielders. Simply you need to know exceptionally the theory of positional play. Here I cannot teach you everything, I am just presenting a certain tactic, nothing more. I always want to reply to your comments but I cannot make football coaching classes here. Its about FM here, so be aware of that.

I use the same tactics in Juventus for 2nd season in a row. I cannot make any comparisons or conclusions because the roster of Juve is at least superior to overcome teams like Chievo, Atalanta and Bologna 4-0 anyway. The most intriguing fact with Juve is the ease and the quality of the chances that this team creates. My Juve team scores easily, runs faster than any other team without playing a parallel passing domination game.

The images are very representative and speak for themselves. 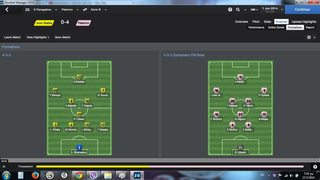 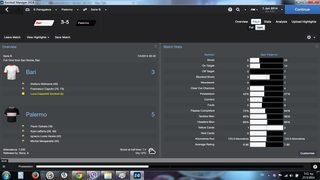 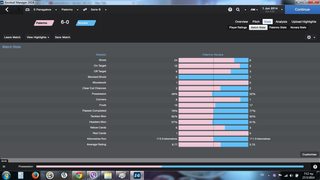 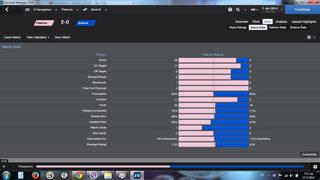 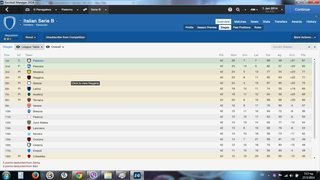 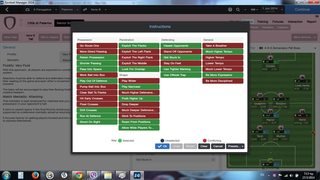 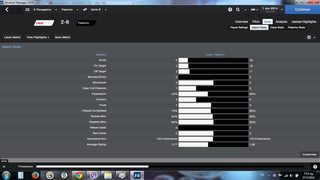 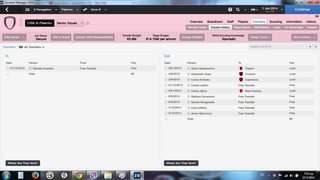 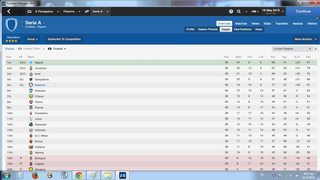 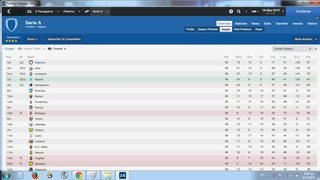 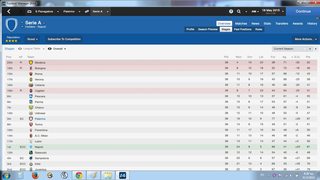 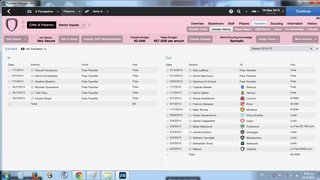 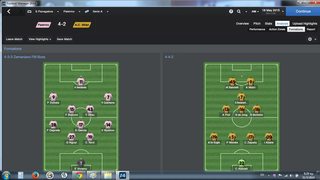 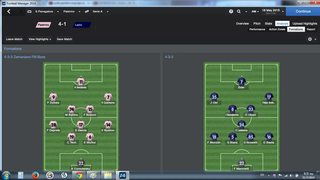 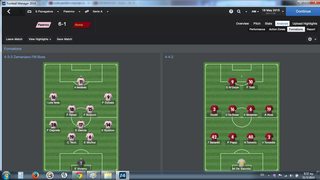 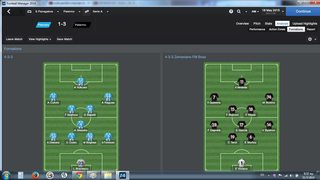 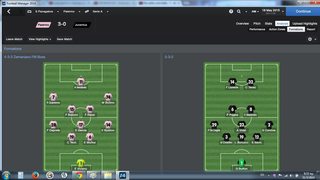 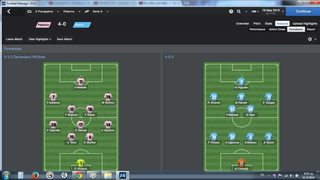 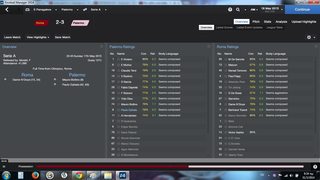 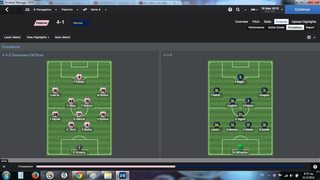 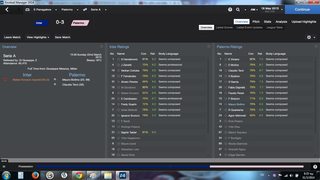 Zeman has led a remarkable career to date and is well-known for his outspoken nature, his smoking habit and on a more profound level, his commitment to attacking football. He rose to prominence at the helm of Foggia who in his second tenure at the club, not only took them into Serie A but took them close to European qualification. He moved on to bigger clubs first with Lazio and them with Roma when his outspoken tendencies came to the fore with his accusations of illegal doping aimed at Juventus.

It would appear that that would be the peak of Zeman’s career as opportunities began to dry up via a whole variety of scenarios. Zeman would never admit he was in the wrong but his constant use of 4-3-3 and a pressing game meant that results were never a given. To a neutral such a characteristic is to be applauded but to potential employers, it became off-putting. Zeman claimed that it was a conspiracy against him created by Luciano Moggi after his allegations against Juventus. The timing of Zeman’s allegations of questionable medical practices supposedly employed by La Vecchia Signora and looking at his career in overview would suggest a connection but to do so without examining other reasons would be wasteful. The sporting evidence would suggest that it was more results and also the attitude that Zeman displayed that did not impress potential suitors.

Zeman did make a return to Serie A in 2004 following a sojourn in Turkey and a few unsuccessful tenures in Serie B. The 2004-05 season was one of moderate success for Zeman but he resigned following the season’s finale. He would return to Lecce again but it appeared that Zeman’s career had declined enough for him to be perceived as finished in coaching. A horrid short spell at Crvena Zvezda in 2008 appeared to be the end of the road for the Czech-born tactician.

A familiar name began the possible relaunch of Zeman’s career. Season 2010/11 saw Zeman return to the bench of Foggia and while they were unsuccessful in their bid for promotion, the excitement and unpredictability intrigued and delighted in equal measure.

In summer of 2011 one of his disciples in his Roma days, Eusebio Di Francesco moved on up to an old stomping ground of Zeman’s, Lecce and Zeman at that time was head of all sporting matters at Pescara. His Pescara team was respectable and with such a steadfast dedication to attack, Pescara’s leading striker Ciro Immobile was be high up in the scoring charts. But the most impressive than all, is that Pescara has the least defeats in Serie B than any other team. Without having to sign big names, without having to speak too much.

Boem style, silenzio e lavoro a campo. Silence and work in the pitch. The other edge than Barcelona's 4-3-3. Zeman is not a coach who pushes up in whole pitch. He knows how to form pressing and in which areas to be focused on. He also knows perfect nutrition, physical fitness training and medicine. He has graduate as a certified fitness coach with specialization in football and he had write for his master study a very steady Analysis for the Effects of Medicine in Football.

He really knows a lot till details and precisely because of that the System of Calcio hates him ferociously. He was the main accuser for Testosterone and Nadrolone Scandal in 2000-1. Till then, his carrer became... carnival. Don't ask me why, L'omerta di calcio...

The summer of 2013 Zeman moved back to his beloved Roma. His work started to be obvious immediately. Disappointing victories and amazing victories. He failed because of bad relationship with De Rossi, who split the dressing rooms in two sides, even though Roma was the best team till the end of January. Garcia, current coach, follows his patterns simply, the team now is worked furthermore and they don't risk in defence.