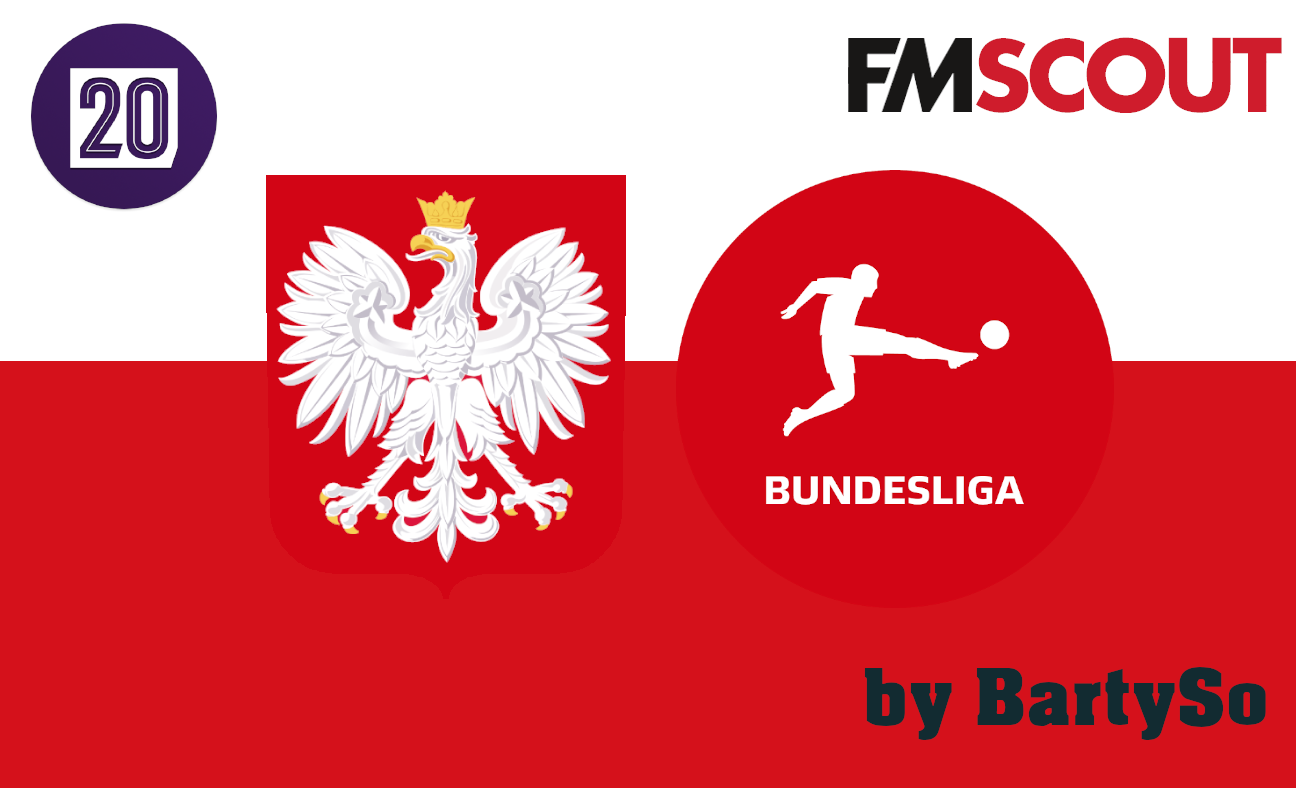 In the season 2021/2022 Polish Ekstraklasa will change into 18 team league. I've decided to bring this to Football Manager 20 fans a bit earlier. So with this database update, Poland already has implemented a very similar league system to Bundesliga. The only small difference is the lack of play-offs for now, but maybe I will add them in future updates.

Leagues and database fully tested here you can take a look at league table after 2 full seasons. 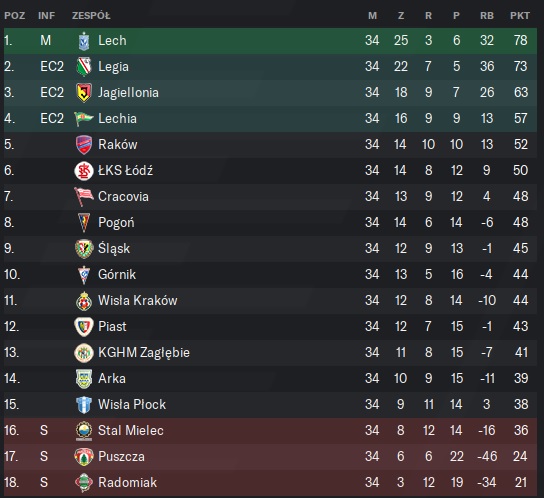 And here are post-season awards. 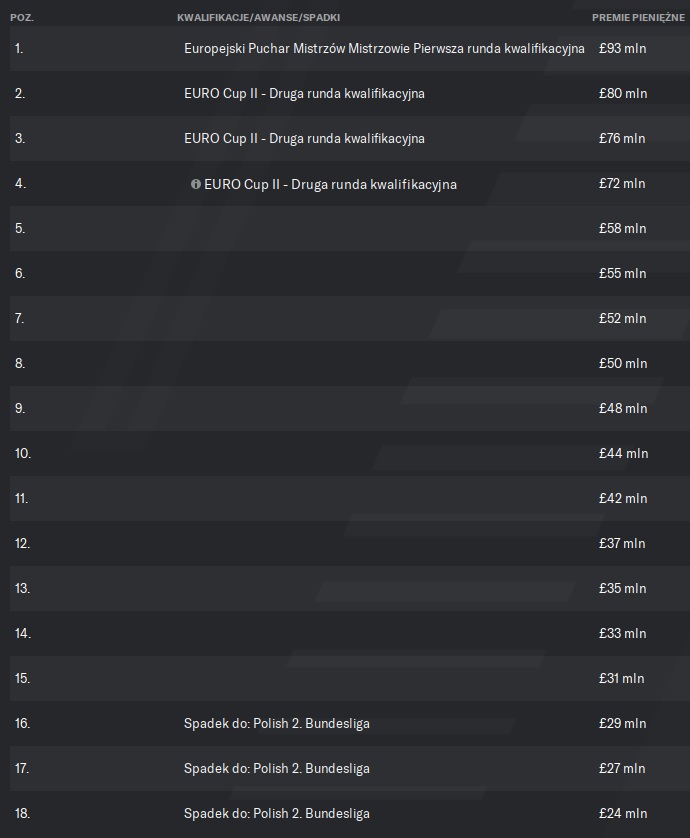 1. Add a few languages to your manager's resume, make him multilingual even if it might look unrealistic to know Japanese, and Portuguese or Zulu.
2. When you will be deciding which league to play tick all neighboring countries.
3. Make sure to tick South Africa and South Korea
Then add at least one country from South America, preferably: Uruguay, Colombia or Chile.
4. As for big countries like Brazil or Argentina, that's your decision to make if you need to pick one of them, but even if you don't tick them at all you will still see regens from those countries in the game.
5. European countries that you should be interested to tick: Czech, Ukraine, Sweden, Croatia, Denmark, Austria, Greece, Serbia

Set as many leagues as you can as playable! don't stuck yourself into only one league as "playable" and few as "view only". Have at least 9-12 leagues from different countries set as playable. Double it with another 9-12 set as "view only". Remember to load additional players from at least some of those countries:
Bolivia, Venezuela, Ecuador, Paraguay, Japan, Vietnam, Taiwan, Indonesia, Montenegro, North Macedonia, Kosovo, Armenia, Georgia, Azerbaidjan, Kazakhstan, Wales, Nigeria, Senegal, Cameroon, Algeria, Morocco, Iran - this will allow you to have much more newgens in the future!