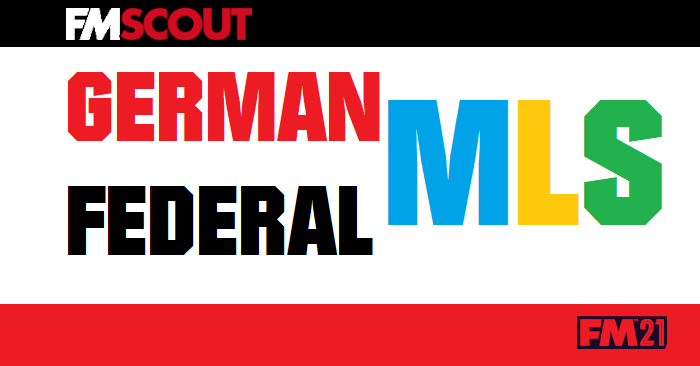 Germany says hello to MLS! League is now split into two groups (conferences), each group has 18 teams. After the end of the regular season, 14 teams qualify for play-offs. All games in play-offs are played on neutral stadiums to not give any team a 'home' stadium advantage.

But... don't worry teams still have their own academies, and youth teams. To maintain the number of German players I've also added important match rules - you need to have a minimum of 6 homegrown players within 20 players assigned as match squad, as well as a maximum of 6 non-EU players in the match squad. This keeps a nice balance, and doesn't make FM engine AI being crazy on 'over' buying foreign players..

As for finances - money prizes are set for each place during the regular season, and of course, TV money is set as well. In addition to that, the play-off winner gets extra 10 million euros.

Main difference between American MLS and German MLS is that here if your team is underperforming you might be relegated to lower league.
Of course you might as well start in German Pro league and then win a promotion to German MLS!

Important note:
Before the start of every new season teams in groups are re-drawn once again. This means for example: that in one year through the regular season you might play against Bayern Munchen, but in the next one Bayern might be in another group (conference) and you might meet Bayern only during play-offs. 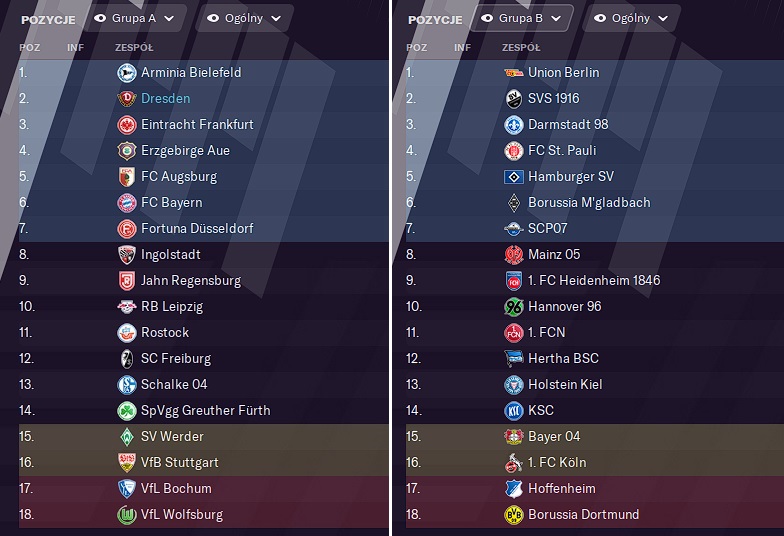 How to install German Federal MLS?