Tactics that have the characteristics of a combined high intensity of the game, characteristic of Klopp's style, and attacking options through Inverted Wingers and Complete Wing Backs, which are characterized by Zinedine Zidane.

In the second season with Wolverhampton by winning the Champions League and the English Premier League. 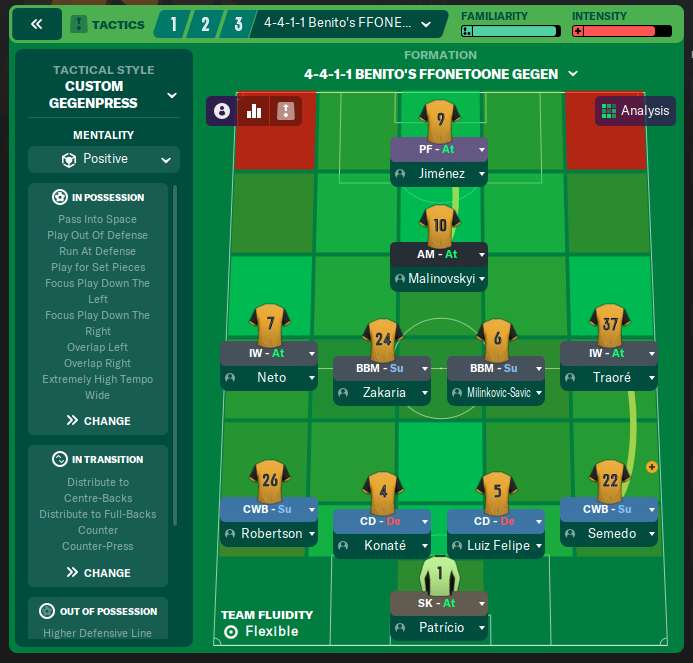 
BOX TO BOX: The most important positions are definitely BoxToBox midfielders. Players who are able to run the entire game and manage to run over 15 kilometers each game. To actively participate in the attack and perform equally well defensive tasks. Sergej Milinković-Savić is the best example of such a player. Zakaria and Tolisso too. Gallardini in the provm transfer window is the best option for 7.5 million euros, as is Marten Thorsby.

COMPLETE WING BACK: In the offensive options, CWBs play a major role. Of course, in combination with the Inverted Wingers, they achieve a lot of space in the attack. In this tactic, CWB behaves like Marcello and Carvajal in real life. Constant running and the possibility of crossing.

AS FOR OTHER POSITIONS:


For other positions this tactic leaves a lot of room for combinations.

PRESSING FORWARD is adjusted to the large number of goals scored in the season thanks to good mental characteristics, and they are usually players who also take penalties. Raul Jimenez and Ciro immobile are the best examples.

ATTACKING MIDFIELDER in this tactics is adjusted to player with a sense to goalscoring. Also, for the player with long shot attribute and mental skills. Ruslan Malinovskiy as example.

INVERTED WINGERS is the most common role in FM21 and therefore leaves the most room for maneuver.

CENTRAL DEFENDERS are defensive players with higher speed are desirable, and preferably with a high jump and a good header, because the tactics are playing for set pieces. 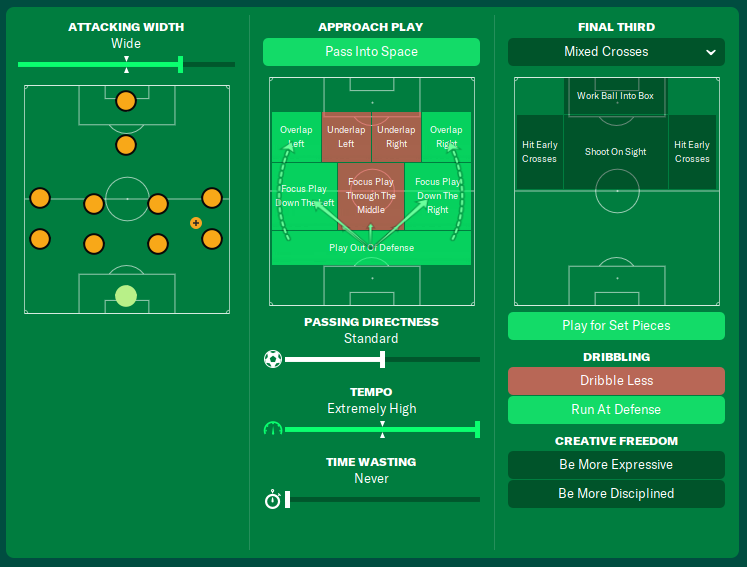 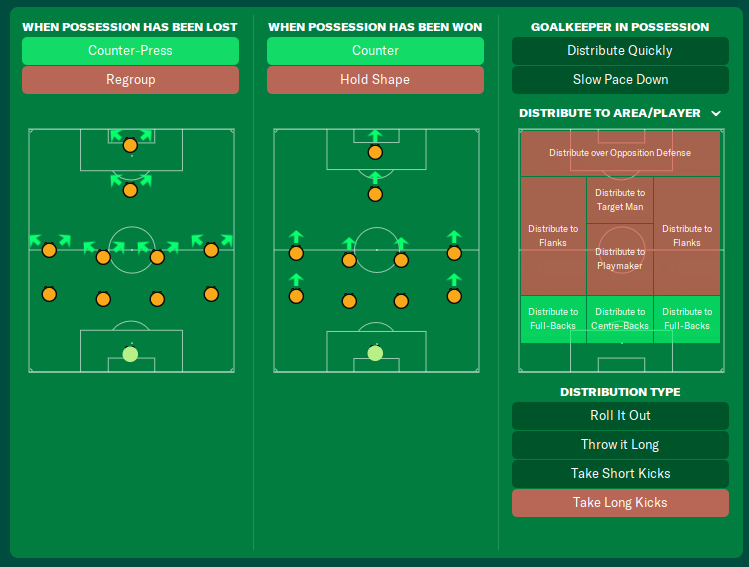 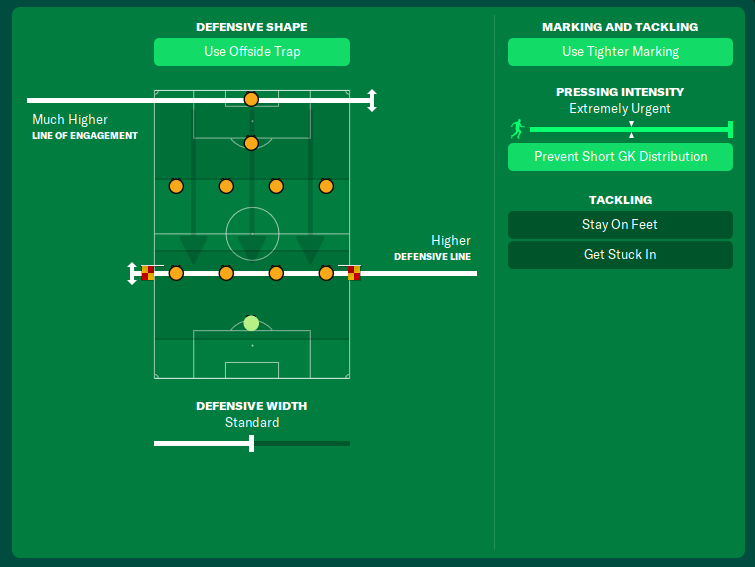 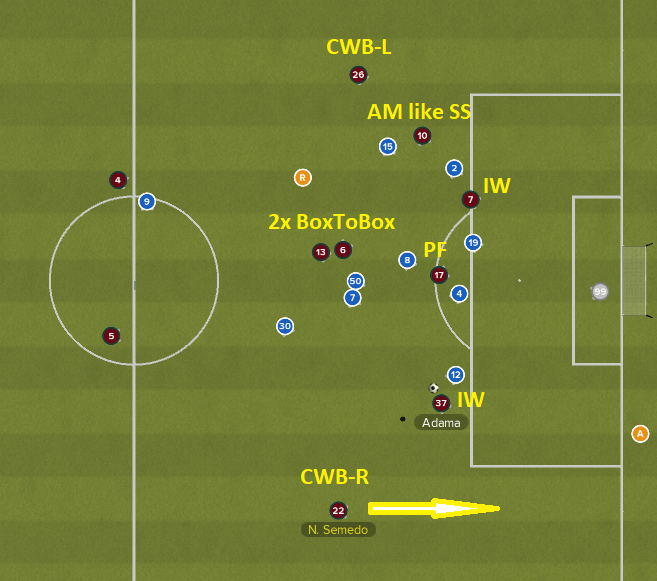 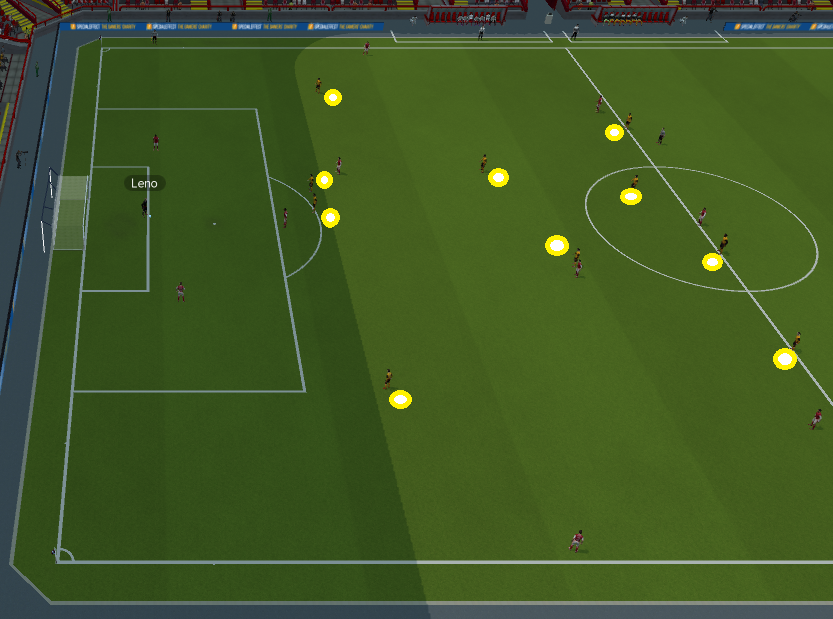 As the seasson 2 ends with Wolves they achieve: