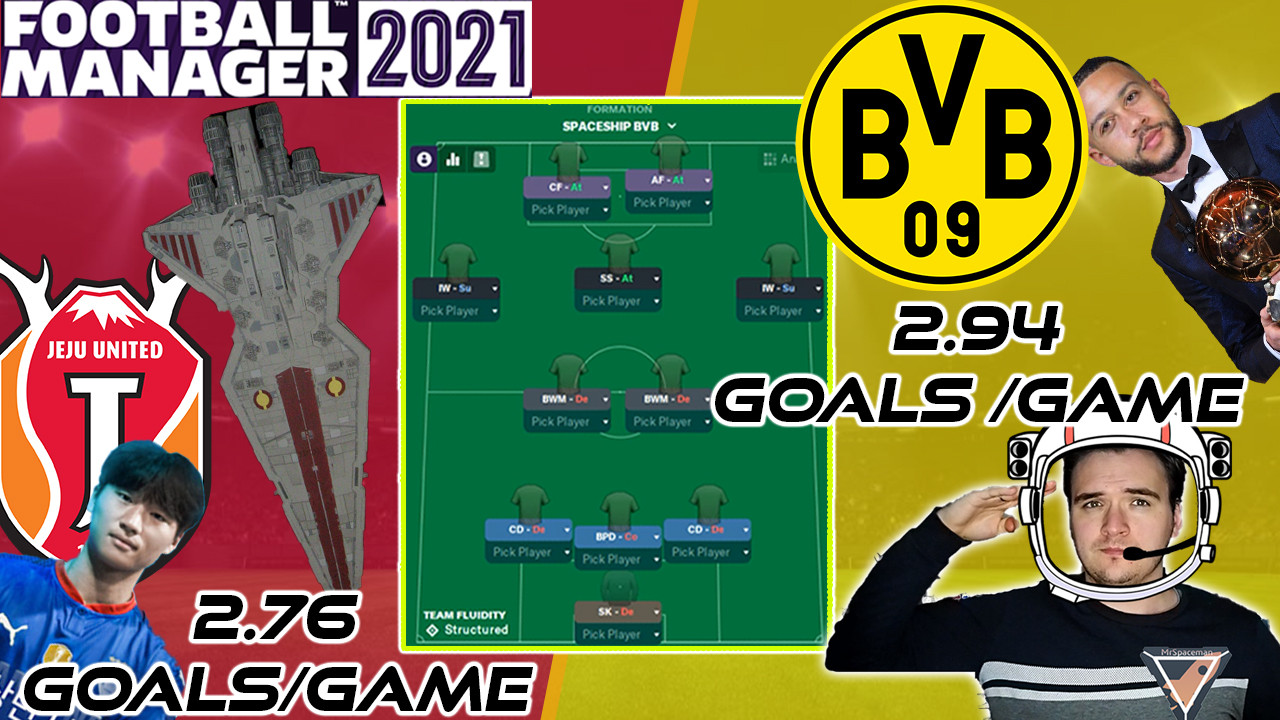 Hello and welcome to my second tactic for Football Manager 2021! This is the Spaceship tactic or the 3-2-5 system that has allowed me to do great things with Borussia Dortmund and Jeju United. This was developed for teams that don't have great fullbacks and also want to utilise the strength of their attack to the max.

To help explain the tactic and show how well it worked, I created a tactics video over on my YouTube channel called MrSpaceman!
You can find the video below:

This tactic was developed during my Tigers of Asia save with Jeju United! I needed a tactic that would utilise my strength upfront and erase the need for fullbacks (which were bad). I have created an underdog version for the save and then I improved it for the Borussia Dortmund Save. Let me just tell you...THIS TACTIC GETS YOU GOALS! Over a 100 goals scored in the league (for both leagues) and a massive Goals per game ratio (2.94 for Dortmund and 2.76 for Jeju United).

The main goal of this tactic is get rid of fullbacks (which were rare in Korea) and utilise my best players (such as my strikers and my IW). Thus this front heavy attack was created. Starting from the back the Sweeper Keeper on defence is used to clean up balls over the top. 3 CBs provide solidity in the middle and the middle BPD drops a bit lower so he's given more time on the ball if the opposition pressing game is at a higher level. The BWM's provide a defensive balance to the midfield thus allowing the front 5 to only focus on creating. The combination of 2 IWs, 1 SS and 2 Strikers provides options down the middle and the occasional drifiting of the CF and SS combination should open up stubborn defences.

To make this work, we focus the play down the middle with shorter passing directness at a higher tempo to further utlise Football Manager's preference for middle play this year. Playing with expressive freedom also allows us to be as creative as possible.
We aim to regroup when possession has been lost to ensure there are no gaps between the BWM's and the other 2 thirds of the pitch and also to lower the amount of long balls. This tactic further compresses the midzone further by dropping the line of engagement and bringing the defensive line higher. This will result in the opposition struggling to hold on to the ball thus allowing us to do what we do best... SCORE!

You can see our setup here: 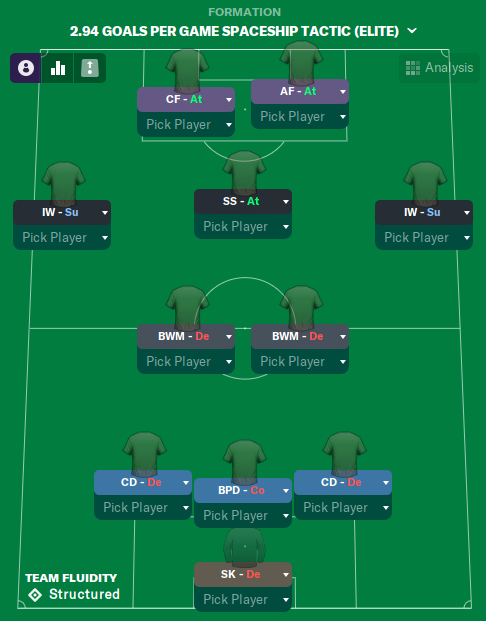 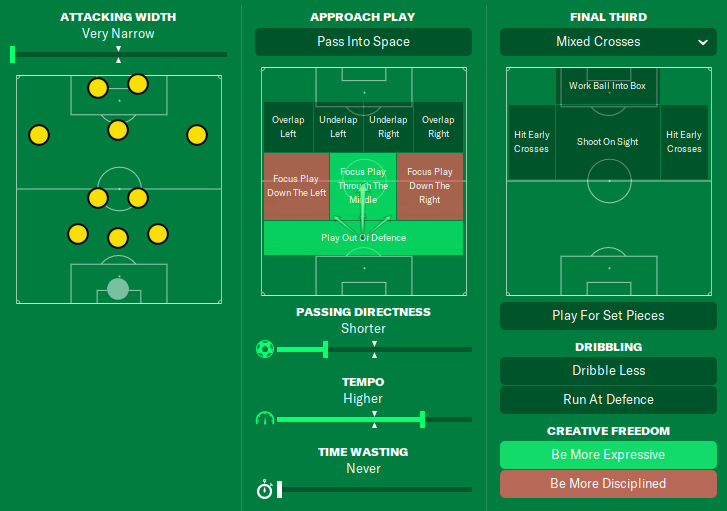 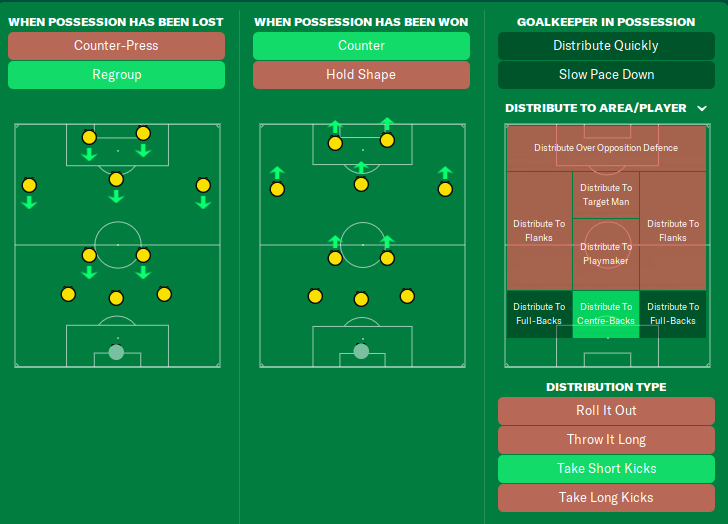 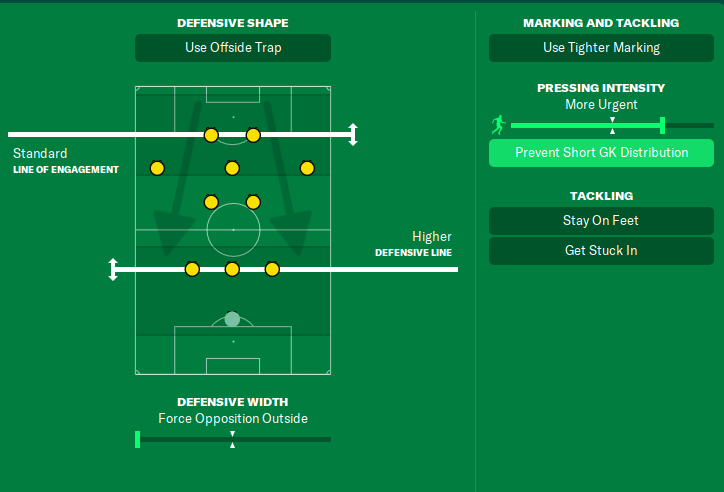 Results
With Dortmund, we have scored 100 goals at a rate of 2.94 goals/game thus winning the Bundesliga by 1 point! Haaland and Depay have formed a great partnership, scoring 47 and 39 goals respectively! This made Depay win the Ballon D'Or 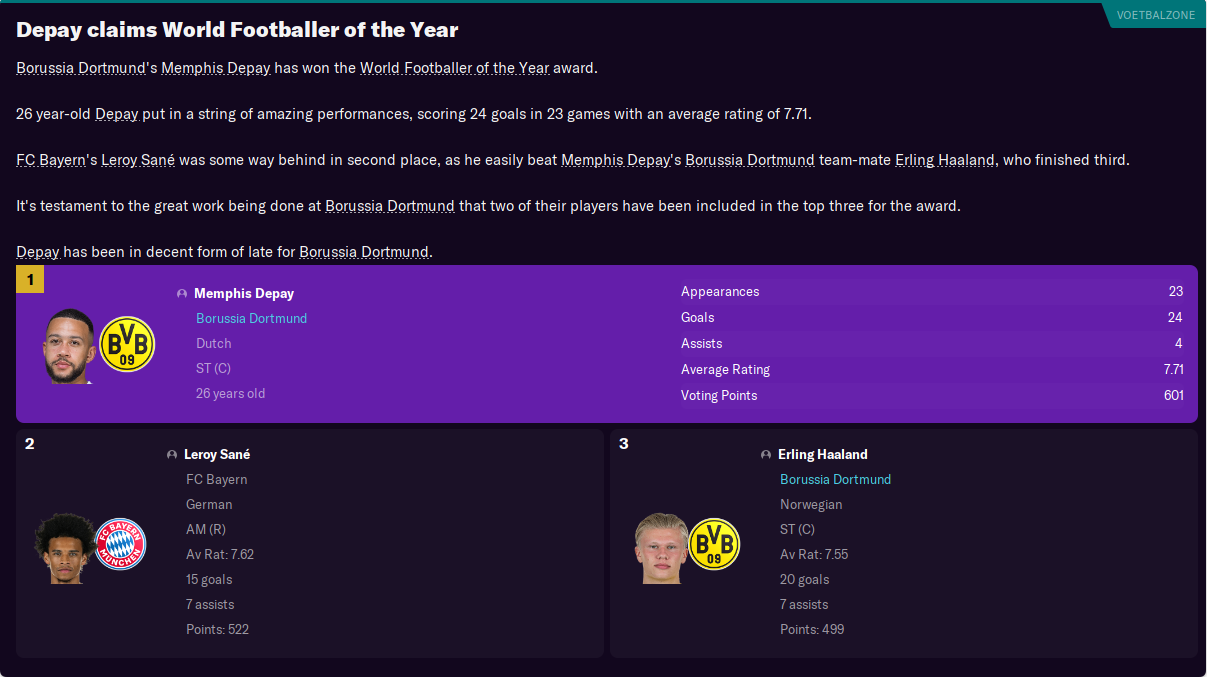 Here are the detailed stats: 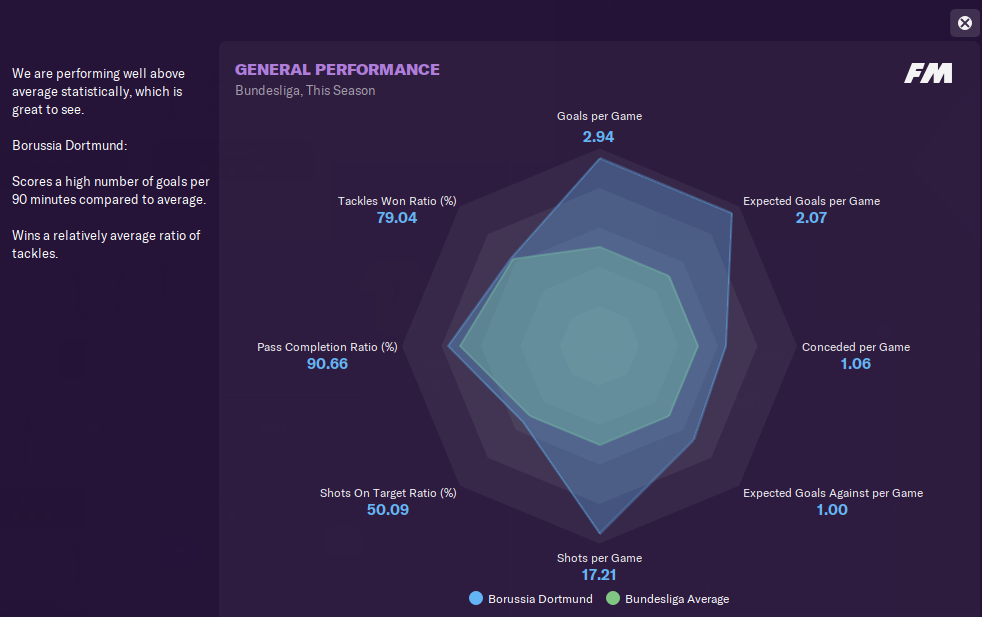 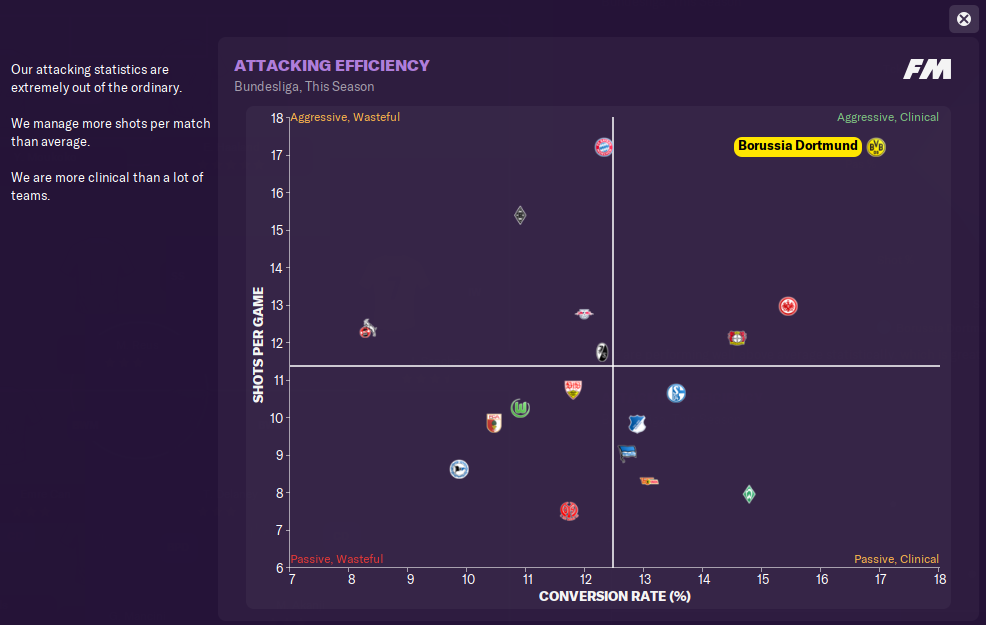 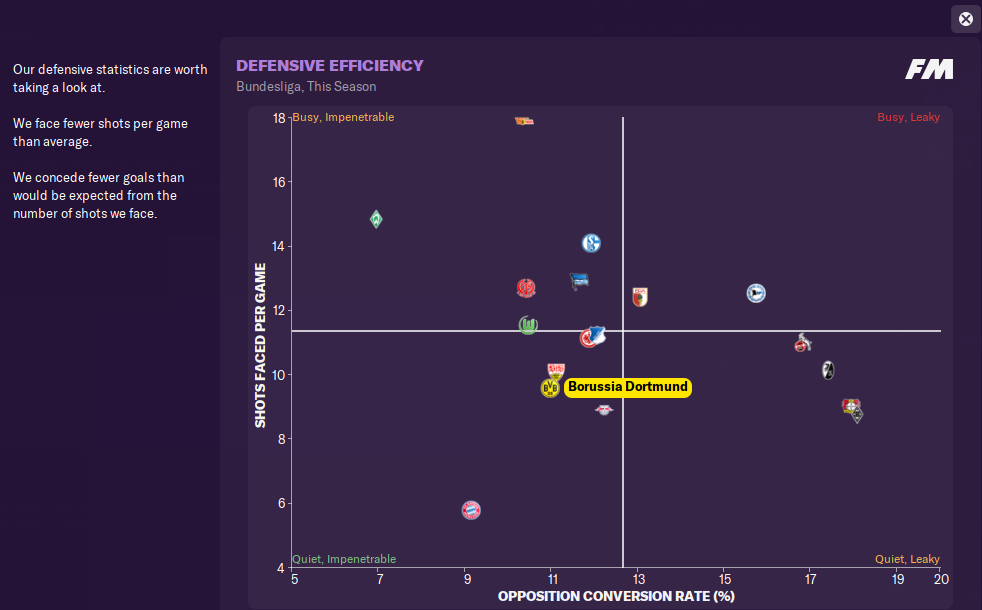 Jeju United
A slightly different version of the tactic was used (roles and tactics simplification) but the overall idea is the same. This tactic made the recently promoted Jeju United win the K League first time of asking by a huge margin! Link to playlist HERE

A lot of goals a lot of wins, and Jung Sang Bin scored 37 goals even though he left 2/3rd into the season. That’s a goal every 55 mins! Your DLF gets a lot of assists with this shape (Tiago Leonco! 17 assists)!
We dominated possession with a staggering 17 thousand passes! 105 goals scored in total and 2.76 goals a game! Just look at this team report! We were much better in everything, attacking efficiency, is aggressive/clinical and our defence quiet and impenetrable (meaning not many people got near our goal thanks to our BWMs)

Here are the detailed stats: 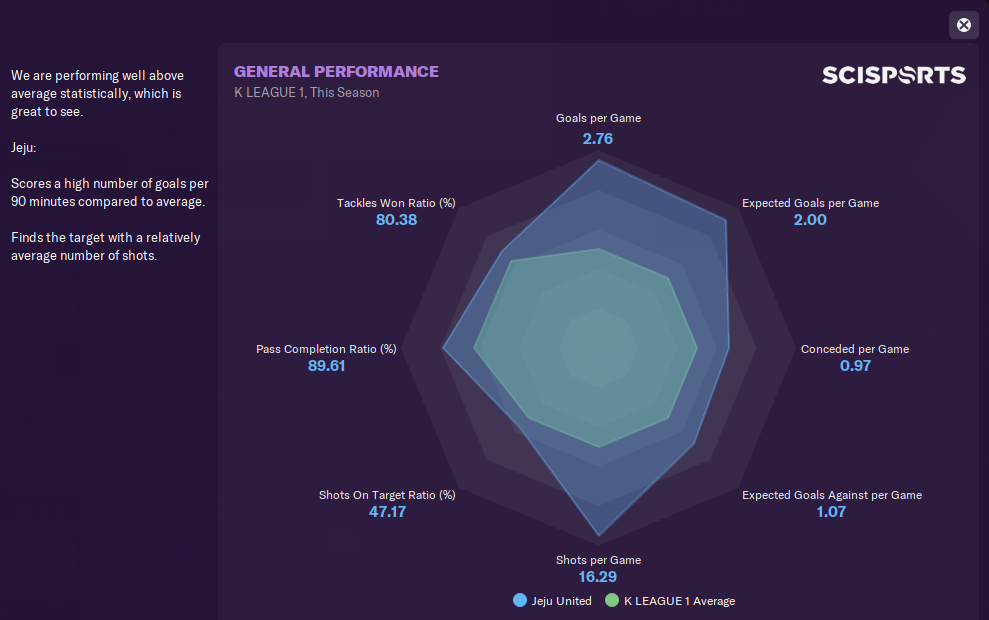 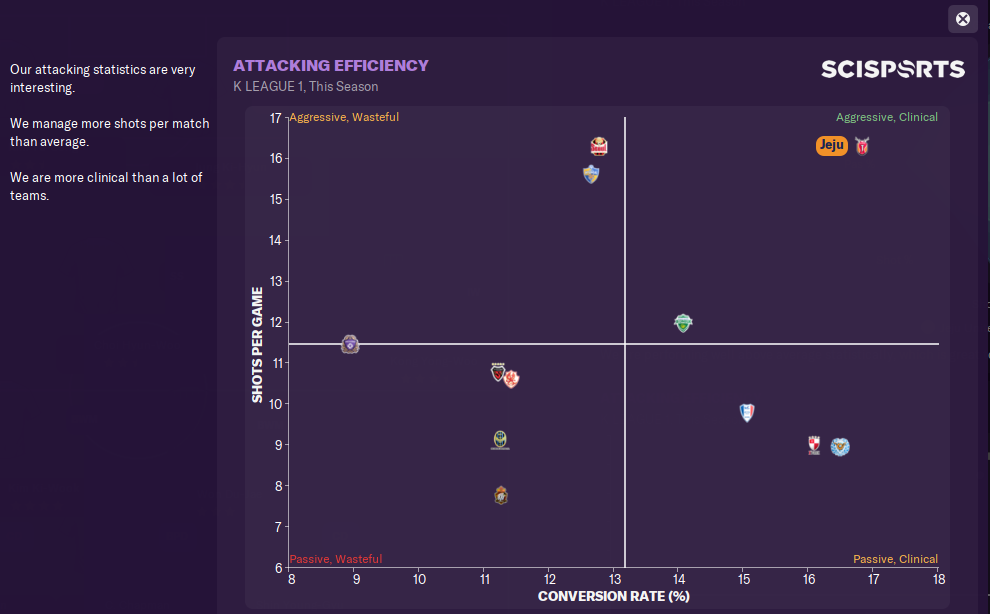 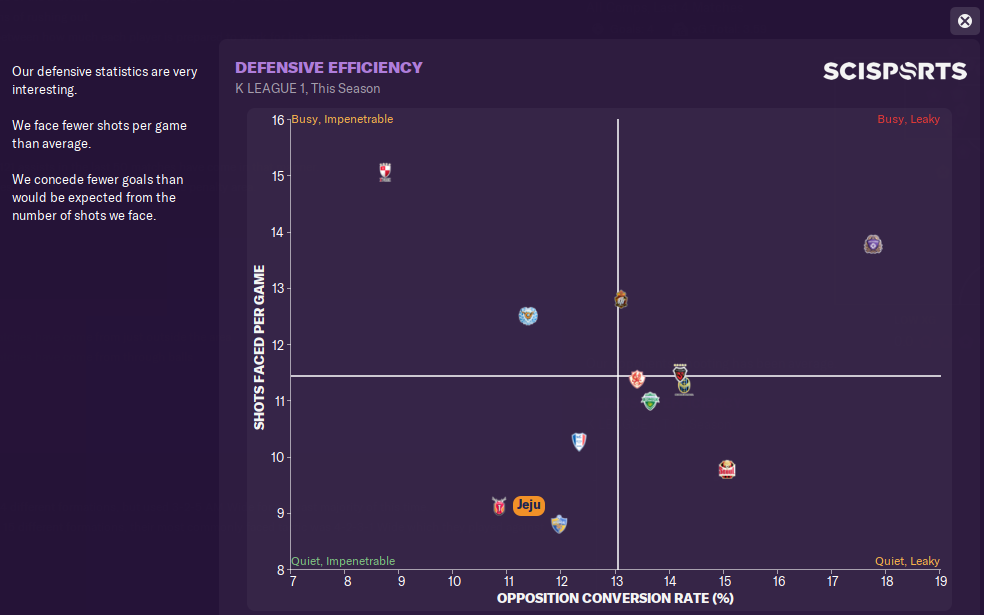 
I hope you enjoy this tactic and more Aerospace themed tactics are on the way!