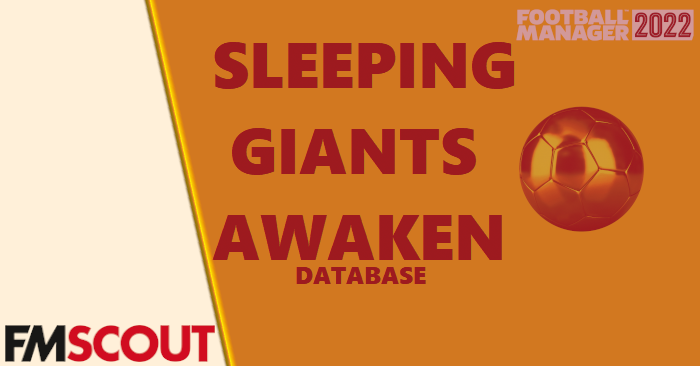 Have you ever wondered how many clubs were great champions in the past decades? Where are they now, and how far can you take them?
Take the role of manager of one of 32 Sleeping Giants of Football Manager 2020.

Clubs from Eastern Germany that were amazing champions in the past but they're struggling since country unification, clubs from England which failed miserably after Premier League was established, long-forgotten Serie A champions, teams that years ago dominated in Paris. Pick one and start a new career!

Then when you're starting a new game make sure that this file is "ticked". It works perfectly with Football Manager 22.4.1 update.

Note: This update works fine with pr0 + FMTU Update, you can use all of their files except file named "other changes".