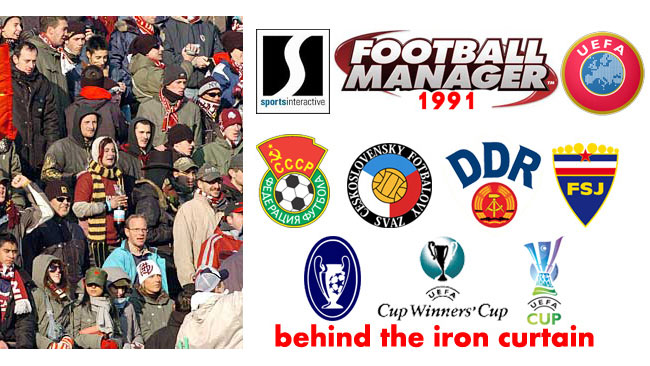 First time ever in FM you can explore the world as it was in 1991. Whether you'd like to try yourself in one of strongest world leagues such as Soviet Union or Yugoslavia, or competing against those mighty nations on international level.

There are also Czechoslovakia and East Germany. Of course, where is East, not far away you will also find one of world powerhouses - West Germany.
Soviet Union, Czechoslovakia, Yugoslavia, East and West Germany... all revived with their national competitions alongside default nations. National teams compete in all international competitions and European continental cups, such as UEFA Cup, Champions Cup and Cup Winners' Cup are revived as well in this huge database revamp. 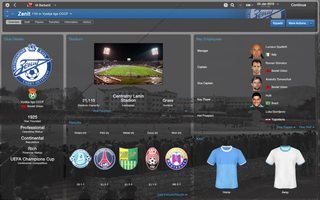 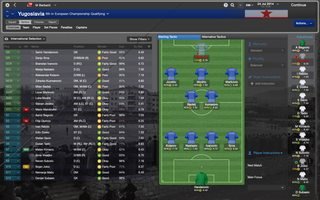 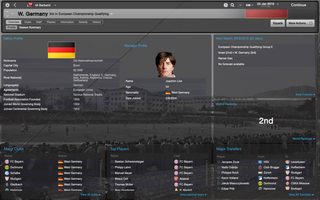 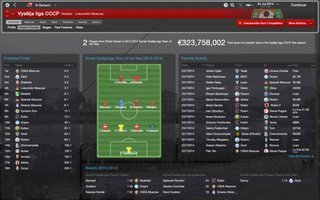 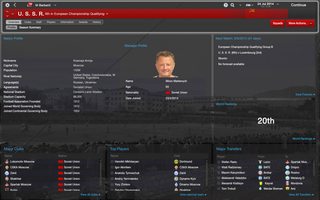 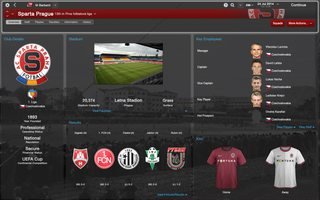 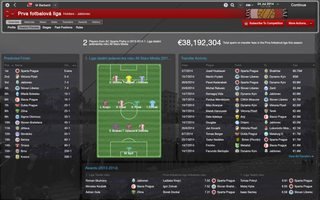 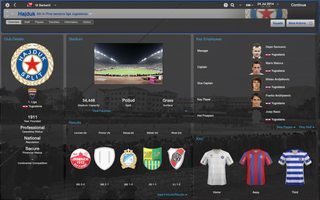 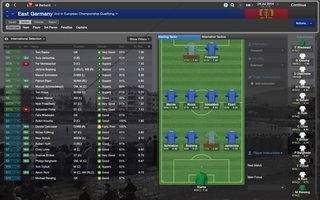 - To compete against western nations, socialist states have formed Socialist Union. Participating states (Bulgaria, Albania, Romania, Poland, Czechoslovakia, Hungary and USSR) are all treated as non foreigners in each Socialist Republic but also (depending on country) up to 3 foreigners are allowed, Usually from Africa or South America.

- Alongside with its policy of non alignment, Yugoslavia decided to stay out of Socialist Union but decided to keep the quality of their league by not allowing players younger than 27 to transfer to foreign clubs. Still, depending on league, up to 3 foreigners are allowed.

- Soviet leagues down to level 4, Supercup and Soviet Cup

- Yugoslavia down to 4th tier, Supercup and Marsal Tito Cup

- East Germany down to 2nd division and DDR Cup

- International competitions participated by all new countries at senior, U21 and U20 level

- Lots of cities and clubs renamed to names they proudly used before the fall of communism (Leningrad anyone?)

Lots of changes make a high risk of mistakes so please report any so I can look into it.

- Do not load Switzerland, not even as view only. For some reason the game crashes if Swiss leagues are loaded. There was same problem with French leagues, but I've redone them in editor and included in database so they are safe to use, as all other leagues in Europe. Didn't test rest of the world.

- You can not pick national team at the beginning. Again, I have no idea of origin of this bug, but it is under review from SI, hopefully they will come up with solution for this bug. However, once you are in the game, you can apply for any nations managerial position, and if they deem you worth, you will get a job. Also, you can use FMRTE to put yourself at the helm of nation from the beginning if you desire so. This concludes the biggest issues.

- Again, for some inexplicable reason, first U20 World Cup and U21 Euro are played by senior squads instead of corresponding youth selections. After that, the game processes the competitions normally.

- There is well reported bug with continental competitions that SI is aware of and hopefully they will provide the solution for this in next patch. In meanwhile i have removed selection requirements for Champions Cup, Cup Winners' Cup and UEFA Cup.

- In case when one team wins the double, instead of qualifying cup runner up to Cup Winners' Cup, the game picks the participant based on reputation. Have no idea why is it doing this...


That sums up the problems with the file, if you have an idea for solution to any of these, or find out other problems, please let me know.

Created the editor data folder if it doesn't exist.

Download recommended graphics to go along.
Graphics for 1991 - Peek behind the Iron Curtain (1,2 MB)

I want to thank Krlenjuska who helped with advice, feedback and solutions for numerous problems and Psycho1970 whose world cup rebuild file I've used to an extent in this db.
Also, the makers of Kaiserreich mod for Darkest Hour which was an inspiration for this alternate history setup.

If you want to edit, use, reuse, or do whatever you want... please do so. If you do some improvement on file, please let me know so I can use improved file as well.

Discussion: 1991 - Peek behind the Iron Curtain