This tactic is based on the balanced 4-2-3-1. The attacking width with extremes, and the game takes place with passes to the spaces. Starting from the defense, direct moves are made with the extremes. I always choose to instruct mine to play shorter at a higher pace. In a short time with fewer errors I reach the opponent's area in less than nothing. 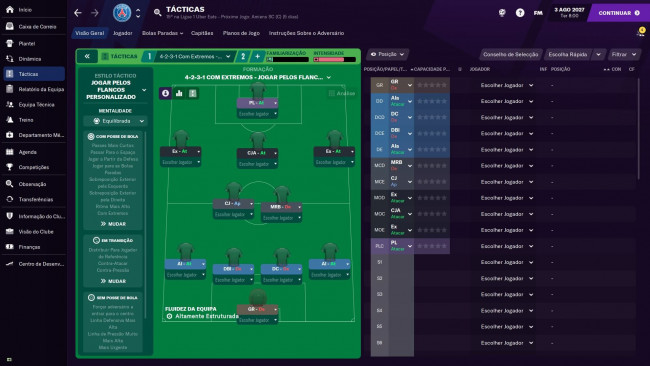 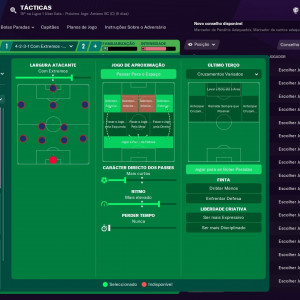 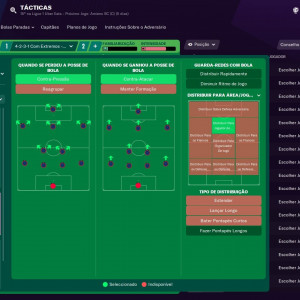 I choose whenever I lose the ball to try to put pressure on the opposing defenders so as not to let them out.

I like to play defense in line so that it is always possible to build the offside trap, of course when marking and disarming it is always a tight marking, I always try to do it so that the opponents do not breathe.

Always in more urgent intensity so that we are winning or losing, never giving up the game any minute.

Instruct the striker to avoid short distribution to the goalkeeper so that he misses in some way when kicking.

We force opponents to enter through the middle so that the centrals cut the attack cleanly in order to build a lethal counter attack next. In the 5 years I had at Arouca I always fulfilled expectations.

In the 4th year I reached the final of the Portuguese Cup against Rio Ave and lost 1-0, but it was always a very balanced game that could tip either side.

That same year I ascended to Liga NOS and once again fulfilled my expectations, ending this season in 8th place.

I received contact from Monaco and accepted, I ended up that year in 2nd place in the French League, I was eliminated from the French Cup very early but then, in the Champions League I stayed in the semi-finals.

I received contact from PSG, accepted the challenge and was champion. I won the French Cup, the French League and the French Super Cup and I was also on the way in the Champions League in the semi-finals.

Here are some of the results of the current season: 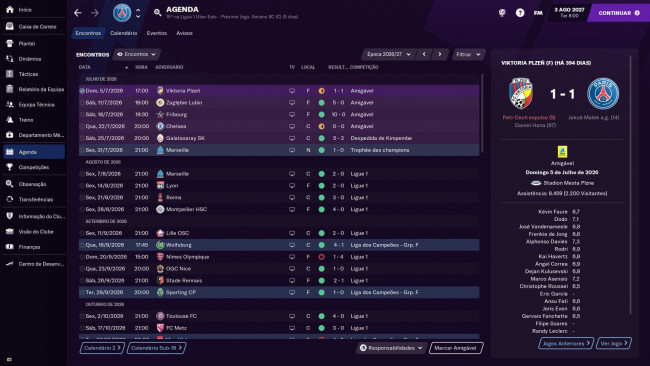 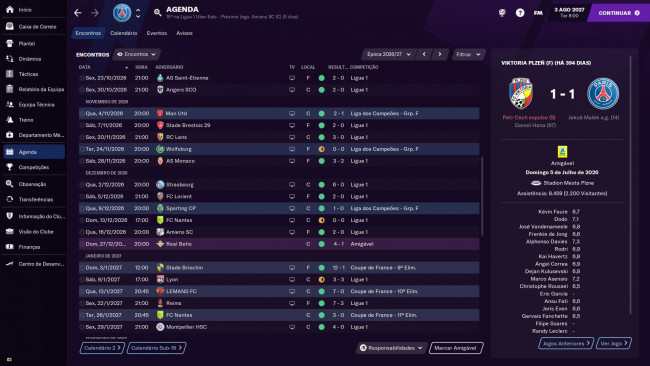