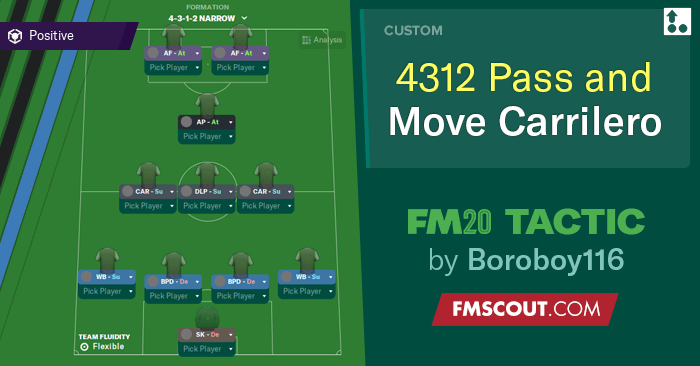 The aim of this tactic is to control the ball and move our way up the pitch with a patient yet potent passing game. I have tested this tactic in 3 different leagues making slight tweaks to the player roles. The results have been positive, the first simulation involved Club Brugge in Belgium. the team won the league convincingly but was knocked out of the champions league in the group stages.

The goalkeeper is a sweeper keeper set on support, the two centre backs are ball-playing defenders and are set to defend to hold the line. Ideally, the CB's should be pacey to play the high line to aid the high pressing game, they also should be able to distribute the ball to the playmaker so good passing stats are encouraged. The wingbacks are both set to support as they will push forward in attack to provide the width.

The midfield consists of a deep-lying playmaker on support, he is the link between the defence and attack, he will be controlling the tempo and be the starting point of building attacks. The outside CM's are Carrilero's and will shuttle between the centre of the pitch to the wide areas, a prime example of a player playing this role is Ramires at Chelsea. They are workmanlike but also possess the ability to create chances. High work rate and stamina are crucial for these.

The CAM is an advanced playmaker on attack with the license to roam and run at the defence to provide assists and chip in with the odd goal. Both strikers are advanced forwards with the pure aim of scoring and creating chances for each other.

The first tactic had two pressing forwards the thinking of this was the strikers will need to do the pressing and work for themselves and the Trequartista. Allowing him to focus primarily on being the team's prime provider. 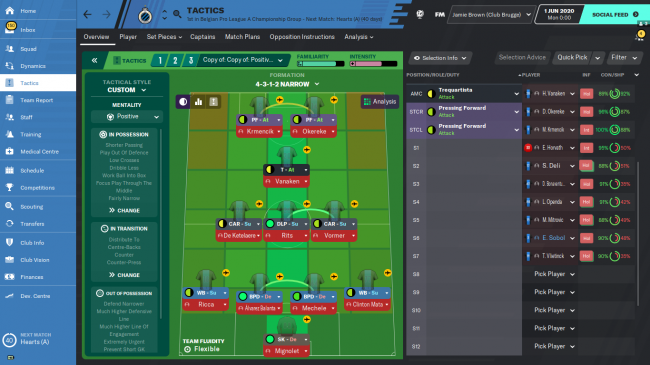 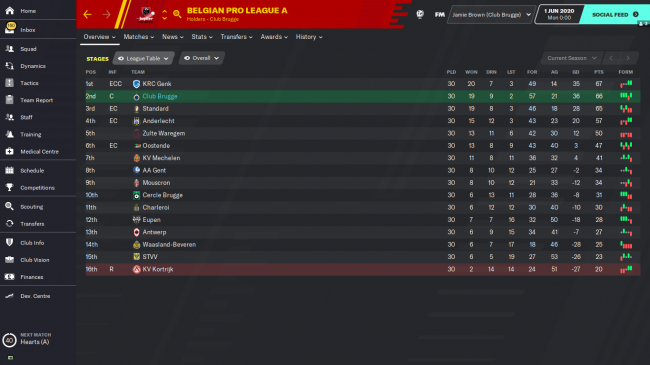 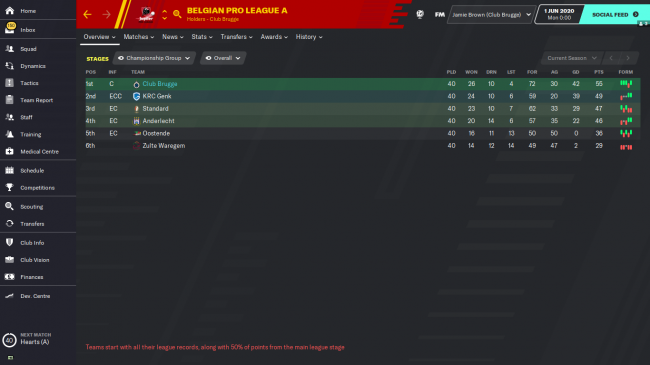 The tactic was then tweaked for the 2nd test whilst using Atalanta in the Seria A. The tweaks from the Brugge system were replacing the pressing forwards with a complete and advanced forward. The Trequartista was replaced with an advanced playmaker on attack, the method behind this was to get the CAM more involved when the team was trying to recover the ball without limiting his creative freedom with the ball too much. As you can see the team was able to keep the ball and control the game, completing a high amount of passes but, they failed to carve any clear cut chances in this game. 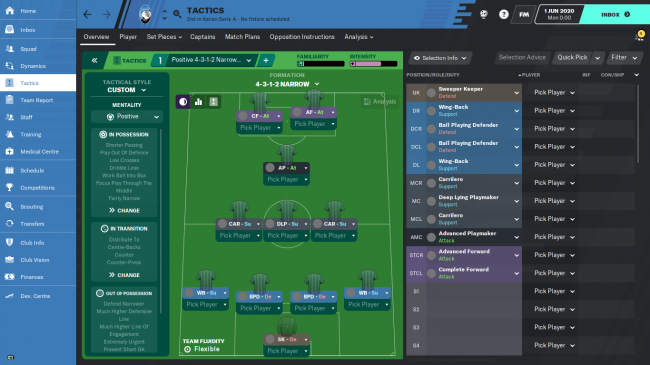 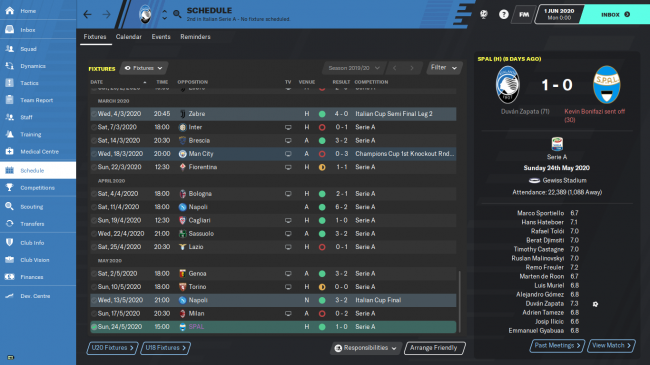 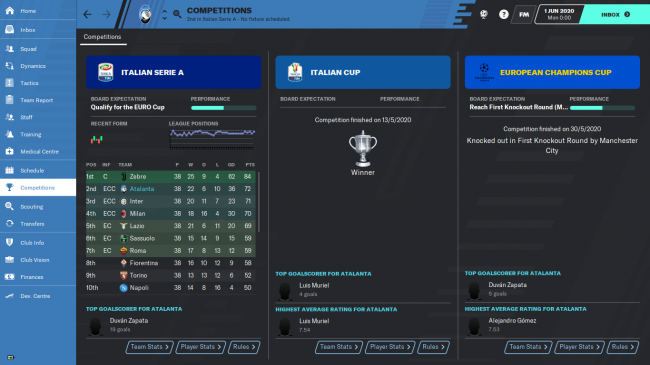 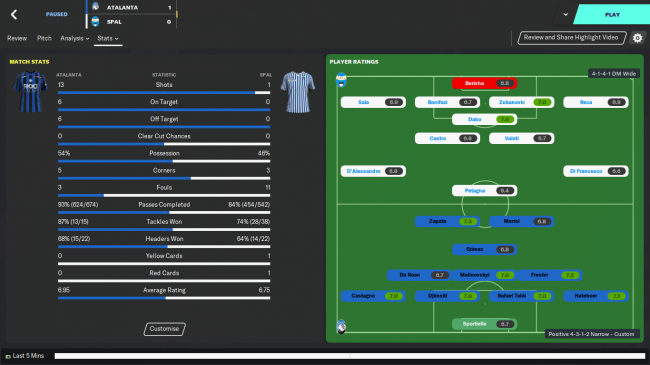 The final version of the tactic was used in the premier league with Arsenal, the only change I made from the Atalanta model was to go with 2 advanced forwards. The tactic worked well and allowed Arsenal to finish 3rd in the league and reach the semi-finals of both the FA Cup and Europa League whilst finishing runners up in the league cup. Also, both strikers were amongst the top goalscorers in the league with Aubameyang leading the charts. Ozil also topped the assist charts. 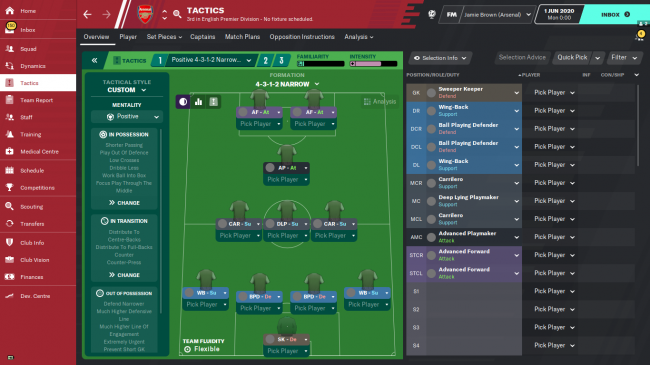 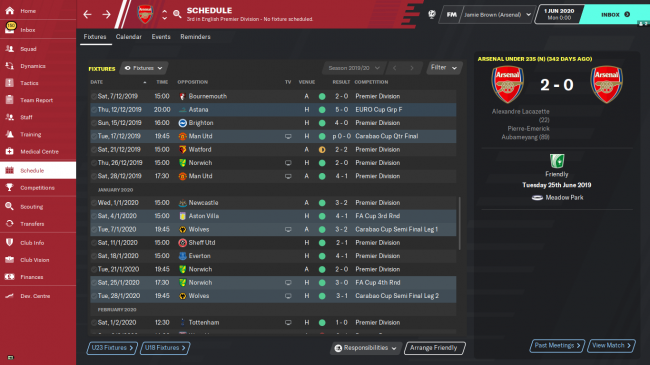 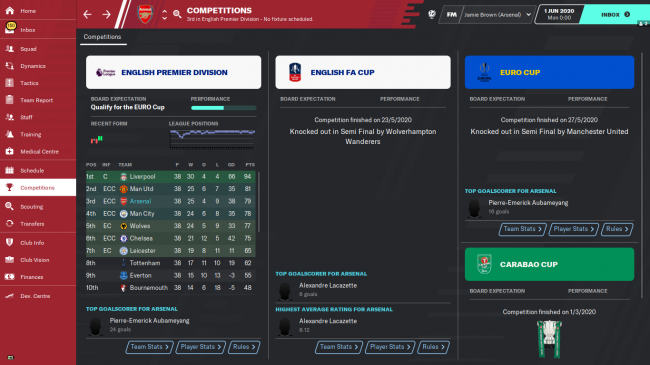 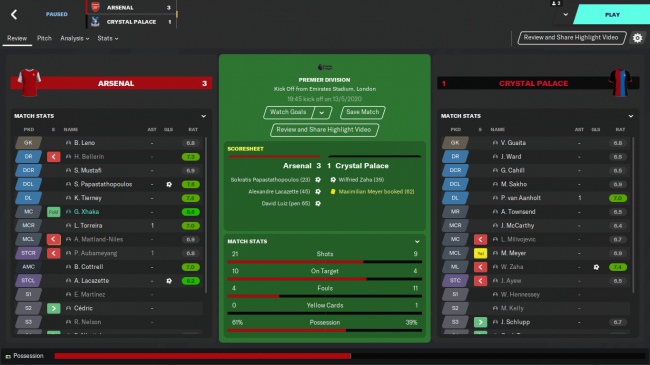 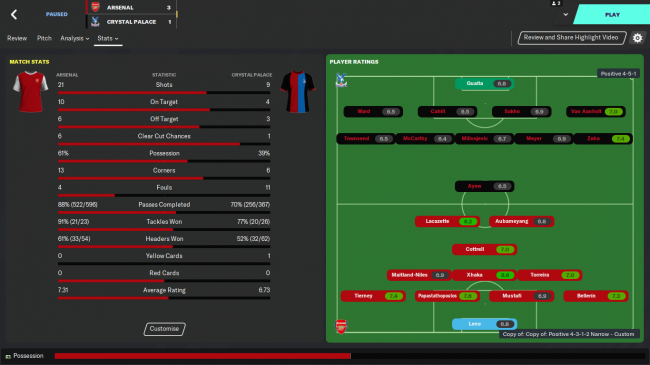