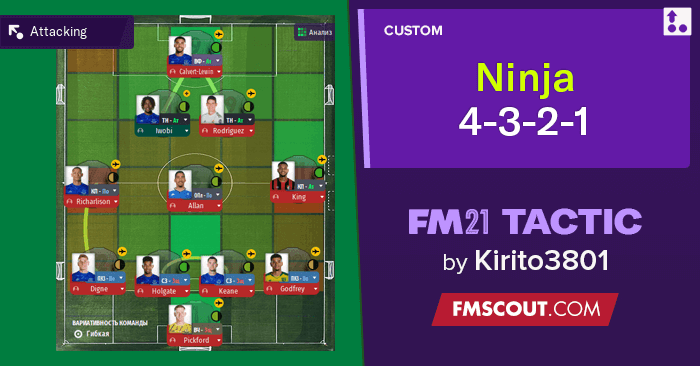 Hello everyone, I'm with you again, and as promised, I'm bringing up another tactic based on machine learning on the table of the respected Knap for the public judgment. This time it is a tactic for teams that are predicted to be in the middle of the league table, and it allows both to smash the outsiders and to fight the best teams in the league on their own terms.

Before we get started, here are a couple of links to refresh your memory so as not to dive deeper into tactical principles:
- here you can read about the basic principles of creating tactics based on machine learning and download a pilot copy based on the best tactics at the time of this writing
- and here is the first tactic of the series, intended for top teams

Let's return to the discussed tactic. Putting together the alignment, tactical roles and responsibilities, we got a kind of "herringbone". Slightly going into details, I will say that in the center of midfield there was a very serious choice between a central midfielder in attack or a deep-lying playmaker in support. But the first option did not pass the test and led to frankly depressing results, so the test was launched with a DLP. Tactics were tested on Everton. Now to the results. 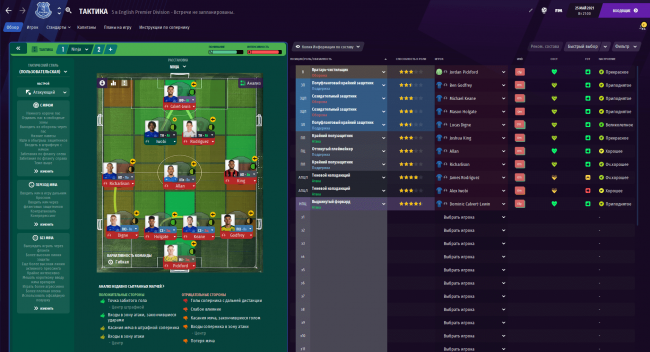 I will make a reservation right away - we were particularly unlucky when simulating the season. In the future, I will tell you what exactly and how affected specific things, but now I will note that at the very beginning of the season, Alex Iwobi broke down (rupture of the cruciate ligaments is not a joke), and in fact he should have become one of the main performers (shadow striker paired with James), and in addition, Moise Keane was on loan at PSG, where I was envious of his 19 goals in 12 matches. But this is all lyrics.

1) English Premier League
According to the predictions of journalists, we should have finished the season on the ninth line and waved our hand to the European cups. Thanks to our tactic, we finished 5th and got the opportunity to play in the Europa League next season. We were very unlucky in the last round - we were defeated by Leicester completely out of play (0-1), so we let Chelsea and Arsenal go one point ahead. Don't we miss this unfortunate goal - and hello, third place and the Champions League.

Nevertheless - the third best attack in the League (only City and Liverpool are cooler, but in this save they showed an altogether outrageous level of play), the League's top scorer (Dominic Calvert-Lewin apparently told himself that he would not leave the field without goals so he scored 32 goals in 33 Premier League games in which he played, and 38 in 38 games of the season in total. The closest Premier League pursuer, Diogo Jota, managed to score only 19) and the best assistant in the League (James Rodriguez scored 14 assists, sharing the championship with Kevin de Bruyne, and they even scored an equal number of goals - 9 each, but James played one less match). 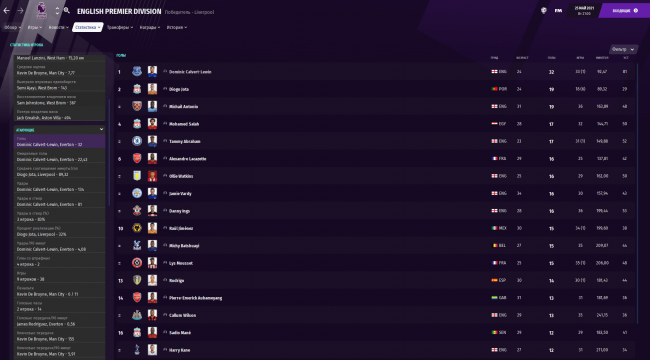 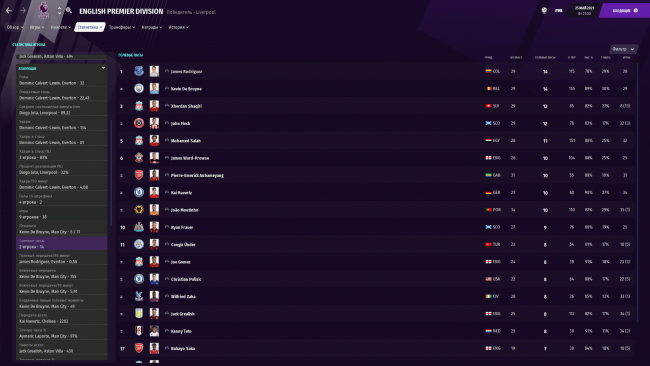 2) Cups
The draw was not favorable to us. City in the quarterfinals of the Carabao Cup is still understandable, but Arsenal in the 4th round of the FA Cup is already too much. In any case, in the absence of Iwobi and Keane, one could not count on a full-fledged attack.

3) Interesting results
Friendly matches are friendly matches, but Barcelona's pre-season invitation to Goodison Park ended in the humiliation of Messi and the company 8-3.
Chelsea and Liverpool were disgraced in the league at our stadium, with the same score (4-2) and no less the same hat-trick of Calvert-Lewin (very interesting). And neutral fans probably liked the battle at Goodison Park with Leeds, in which the sides did not reveal the winner, having scored 10 goals for two. 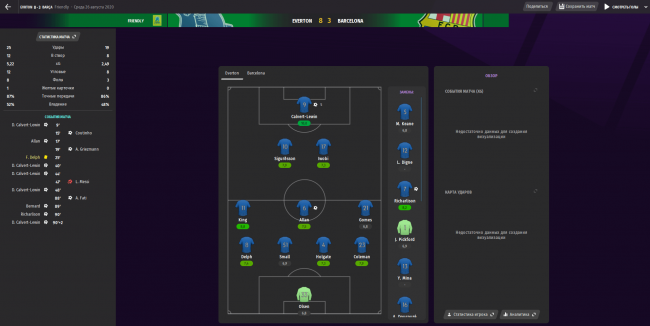 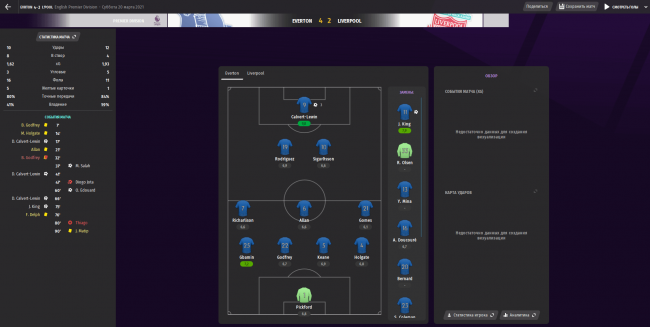 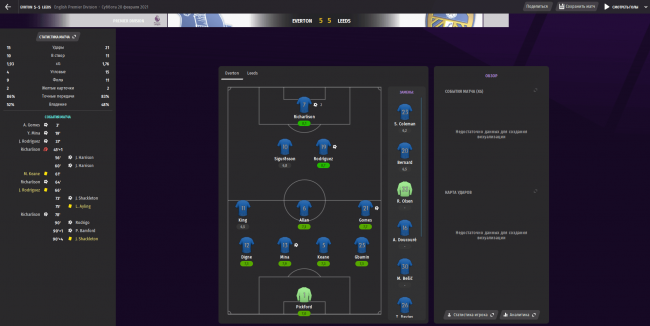 This seems to be all, soon expect the third and for now the final article of the cycle with tactics for teams that have to fight for survival.