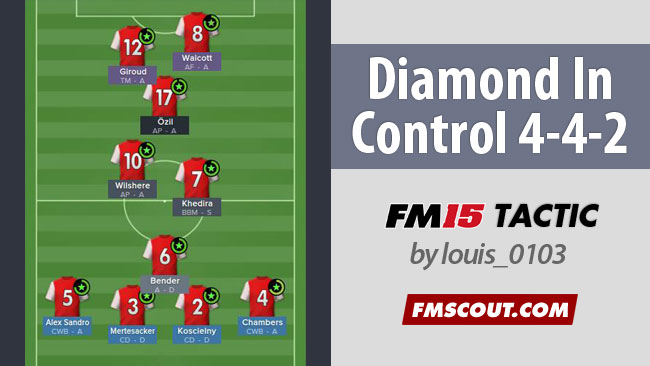 This tactic will allow you to dominate almost every game. I used it in my first year with Arsenal and it works perfectly. By using this tactic your team will have a good balance between defence and attack resulting in winning a lot of games with less goals against. The midfield and Wing backs are very important in this tactic. 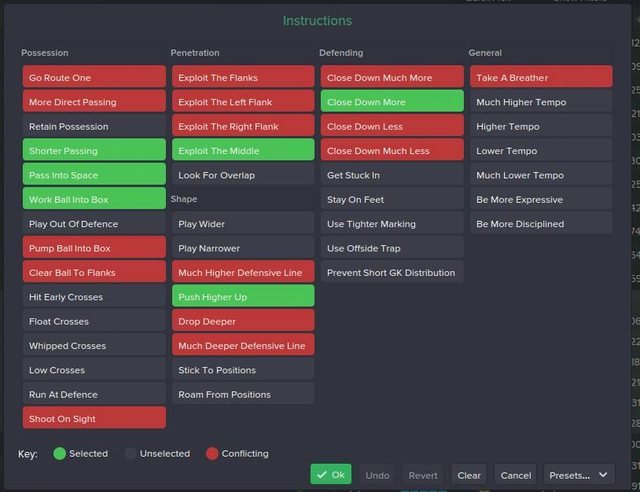 Close down more (to recover ball possession quickly and take advantage of defensive mistakes), Push Higher Up, Exploit the Middle (use your midfield as the creative motor of the team), Work Ball Into Box (remain patience to find the right moment for breakthroughs), Pass Into Space, Shorter Passing.

SK: Sweeper Keeper / Support (Sweeper Keeper Defence is also possible if your keeper is not that good in Rushing Out and has low Acceleration) - My keeper uses short passes to the Wing Backs to build up from the back.

CWB: Complete Wing Back - your wing backs need good pace, tackling, crossing and stamina skills. As mentioned earlier the wing backs are very important in this tactic, because they can create a lot of chances by moving forward and give crosses to your attackers. They also provide passing possibilities for your midfield. Furthermore they need acceptable defensive skills like tackling and marking to prevent wingers to become dangerous.

CD: Central Defenders / Defence - The central defencers main job is to keep the gates closed and pass the ball to your midfielders. Good passing skills are not necessarily because your CD's use easy short passing.

CDM: Anchor Man - The anchor man is the one who has to recover ball posession and pass the ball as quickly as possible to your creative midfielders.

CRM: Box to Box Midfielder - THis midfielder supports the anchor Man but also the playmakers. He is the link between defence and attack.

CLM and CAM are both Advanced Playmakers / attack - they have to create chances by putting the attackers in front of the goal keeper or give through balls towards your wing backs.

SP: Advanced Forward - This attacker needs to be very quick and good with pace, acceleration, finishing and dribbling skills.

SP: Target man / attack - This attacker needs to be strong and a good header. (It is also possible to use a Complete forward or Deep Lying Forward in this possition, depending on the skills of your attackers). 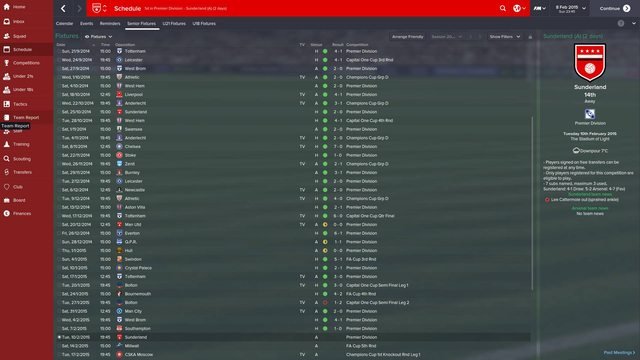 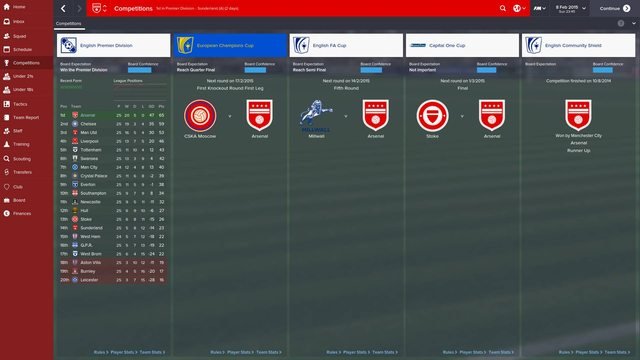