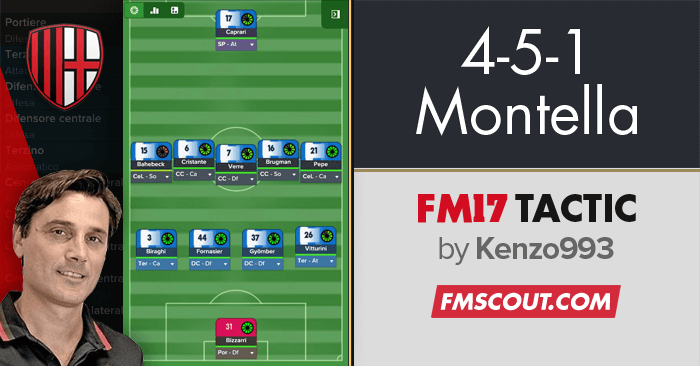 Arrived in summer, perhaps even comforted by promises of purchases promptly rejected (remember the folder in which spun Galliani and Che SI said it contained the names of eligible candidates to wear the Rossoneri shirt, by Musacchio a Pjaca), the Campania coach and good state chargeable Virtue of Necessity, rebuilding from the ashes a disheartened team and springs, reduce by 3 bad seasons and as many, diversification Coaches. The mentality, the TACTICS (Montella has focused immediately on 4-3-3 and What has not derailed More), the Will - Need for and Virtue - to bet on Young, the former coach of Catania, Fiorentina and Sampdoria has turned, and Improved, Milan.

In Phase Construction of the new structure created by Montella started in the league is a sort of 3-4-3 with De Sciglio longer locked in the construction phase in order to give greater support and ability to drain the young Locatelli while Abate is left more free to advance by combining with Suso. The left midfielder is kinda the glue between departments, able to unmark between the lines even if unremarkable of organized operation, he is also often finishes on the outside. 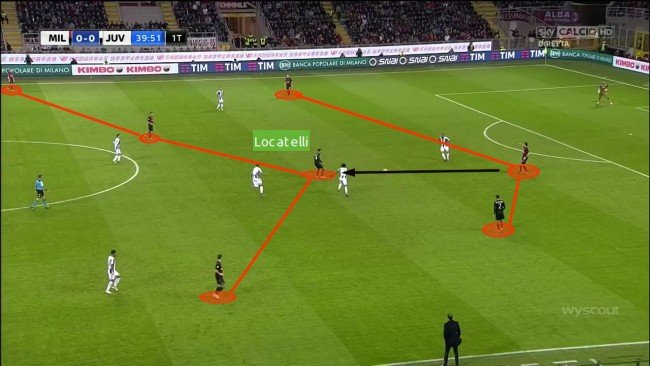 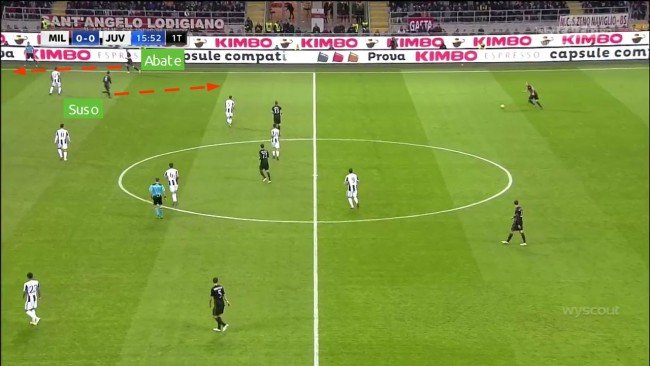 Phase not have the ball AC Milan narrows the field and applies a first pressure in the offensive zone with the point the two outer and the left midfielder. This forms a sort of 4-2-3-1 with six players voted to the defensive phase and 4 players are ready to go: 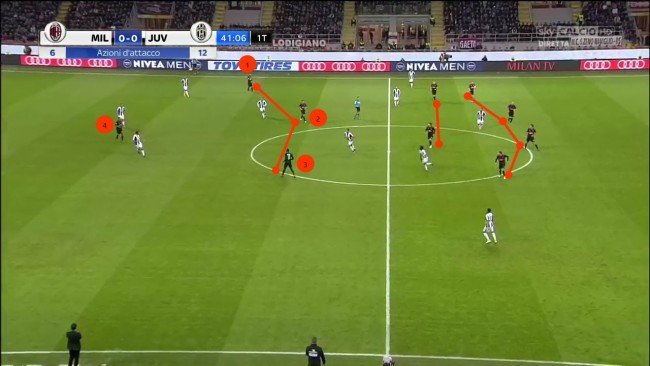 The other two midfielders have mainly the role of shielding the central area and bring pressure at this stage. Once past the first pressing Milan returns to side with the 4-5-1 start pulling back some of the central midfielder position: 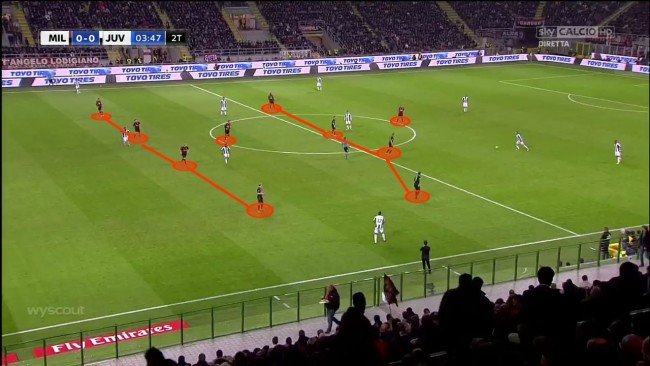 
I tried to recreate the 4-5-1 that Montella is using in recent games including the Super Cup final against Juventus with Bonaventura instead of Niang on the left wing, De Sciglio longer blocked almost to make the third defense. The results were astounding with Pescara for now, the successor to Oddo with a team in last place in Serie A can make a Filotto of 6 consecutive victories. But let's see more in detail the deployment in the field. 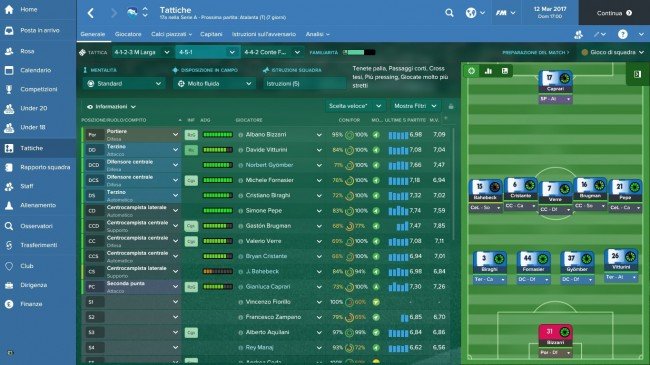 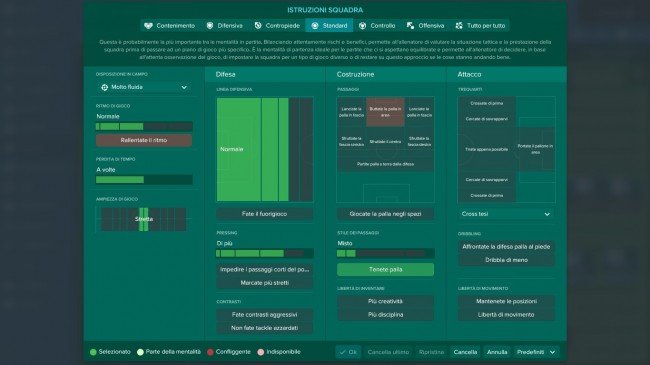 On the left wing we have a side midfielder set to support and we have two solutions: either we insert Montella as a midfielder with good athletic and technical skills as Bonaventure or we can opt for a quick and incisive wing. On the right side we have the same opportunity: External able to help the construction of the game or end arrow. The sides of the defensive midfielder are preferable to the right a midfielder with iron lungs (the classic incontrista / CCQ) and on the left a playmaker or an adapted quantity midfielder.

Montella unlike the past experience in Florence has left some research of possession at all costs being able to combine this with a mixed game between possession and starts, exactly a mixture of short and direct. Depending on the occasion then we can change the mindset of control and counter-attack at will. The amplitude is obviously close to allow for greater efficiency in the pressure and have a more compact team on defense.