Very well writen updates too, keep it up

edu1878
7 years
Akash: Thanks for that. Hopefully consistency can help us to European places.

AlexSonwild: Thanks for that. I hope these results keep up.
Login to Quote

A month ago they were fighting on the touchline of Anfield, and haven't been in the same zip code since, but now, in an FM Scout TV exclusive, they are back in the same room, ready to fight out over a set of ten questions each, so you, the fans, can get their view on what happened that day.

VF : Firstly, what did Suarez do that made you run onto the pitch?
[color=#3465A4]SC: After the Gerrard Penalty goal, when he rushed over the his teammate to celebrate, Luis Suarez appeared to me to make a racist remark, and gestures towards the Throstles fans

VF: Did Suarez do anything wrong?
BR: We shall find out when the investigation is concluded, and the findings published. Until that time, no comment.

VF: What should be the Uruguayan's punishment for his actions?
SC: He should be banned for life. It is not the first, and it won’t be the last time he has caused trouble, so the FA and FIFA should get him out of the game.

VF: Were you surprised at all by Rodger's reactions?
SC: No not at all. They were the actions of a spiteful man, and that is Brendan Rodgers.

VF: Has this lowered your opinions of BR?
SC: Definitely

VF: What do you think of Stephen Clarke on a personal level?
BR: I used to like him, both as a man and a manager, although I think that was a one way relationship. Now however, I don’t like him at all. You could say that is now a no way relationship.

VF: What impact has this had on your club (WBA)?
SC: It has made us one again. The boys have taken this example in, and are now more than willing to fight for what is right, as well as the club they play for.

VF: What was the reaction from your boss?
SC: Keep doing what you’re doing, and don’t worry about the media. He did ask if I could tone it down a little though.

VF: What are the thoughts from the LFC hierarchy?
BR: That I acted in the right, and Stephen Clarke acted the wrong way.

VF: What was the reaction of the players?
SC: They were ecstatic. The entire team is sick of that smug little c**k (Suarez), and they aren't fans of Brendan Rodgers either.

VF: What was the reaction from your own players?
BR: They are like me in their hatred of Stephen Clarke

VF: Final question for you Steve, does the jeopardise your job security at WBA?
SC: No comment. Can I leave now?

VF: Patience Steve. Brendan, has this damaged relationships with other staff/players?
BR: Well, I don’t think West Brom players like me anymore. And I’m sure that adds to the list of Brendan Rodger haters.

VF: Why did you refuse to donate to the local football teams?
BR: I had already been fined, why should I have to fork out more cash?

VF: What damage does this have on your own reputation?
BR: It will be undoubtedly damaged, but I don’t give a f**k.[/color]
Login to Quote

Walter
7 years
You can really tell you're an Everton supporter

• Another unbeaten month, with confident wins in all three matches
• 12 goals scored, 3 conceded
• No cup matches, so nothing new on that front
• Shane long hit 12 goals in all competitions this month, with our second highest scorers being Jean-Armel Kana-Biyik and Graham Dorrans, with 5 goals apiece
• At the end of October we sit in 2nd, four points behind Manchester United, with them being +11 goals better than us on GD 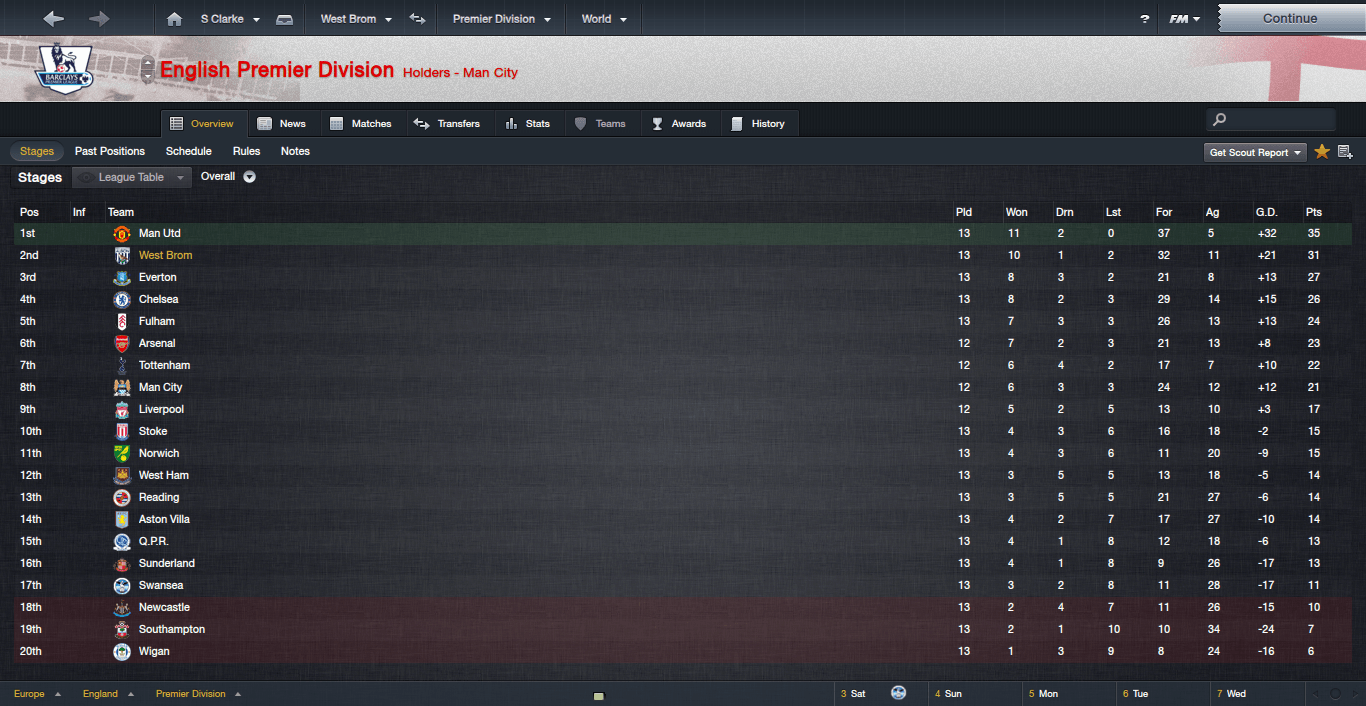 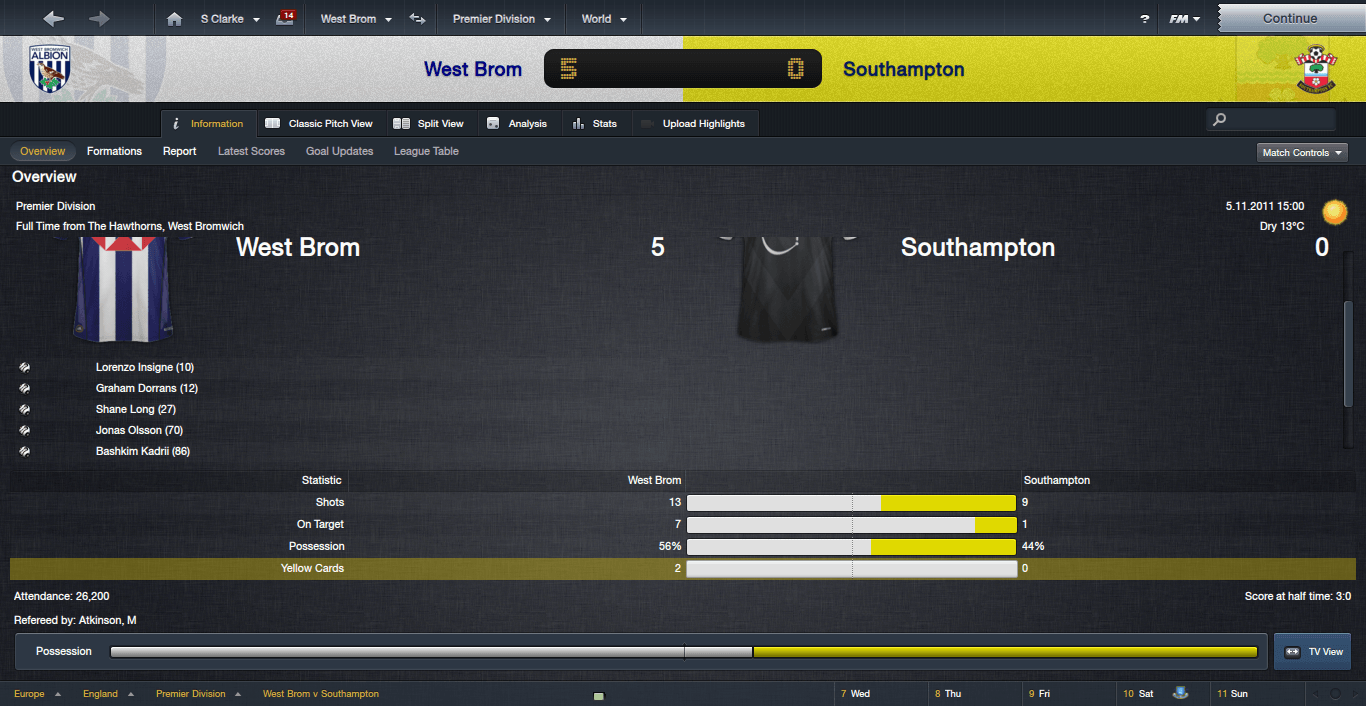 Stocke
7 years
Can't see the reason why I haven't followed this, anyway, great touch with the FMScout interview and also doing well in the league.
Login to Quote 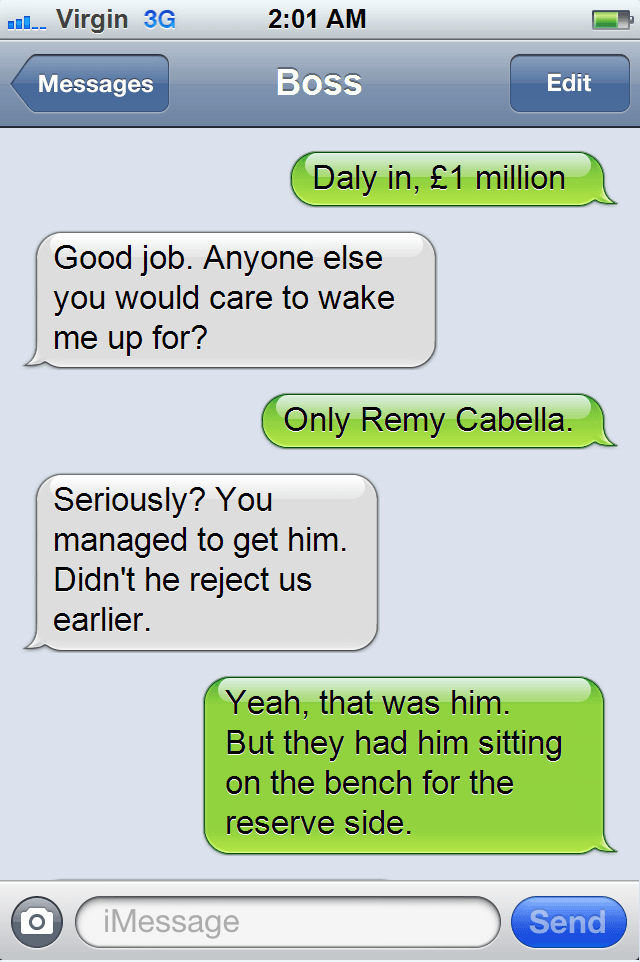 Text messages. The new way to announce signings apparently. Well, that is if your name is Steven Clarke and you accidently tweet a screenshot of the text messages to your boss, Jeremy Peace telling him that both Jon Daly and Remy Cabella had agreed deals to join the club. Don’t ask us how he did it, but hey, S**t happens. 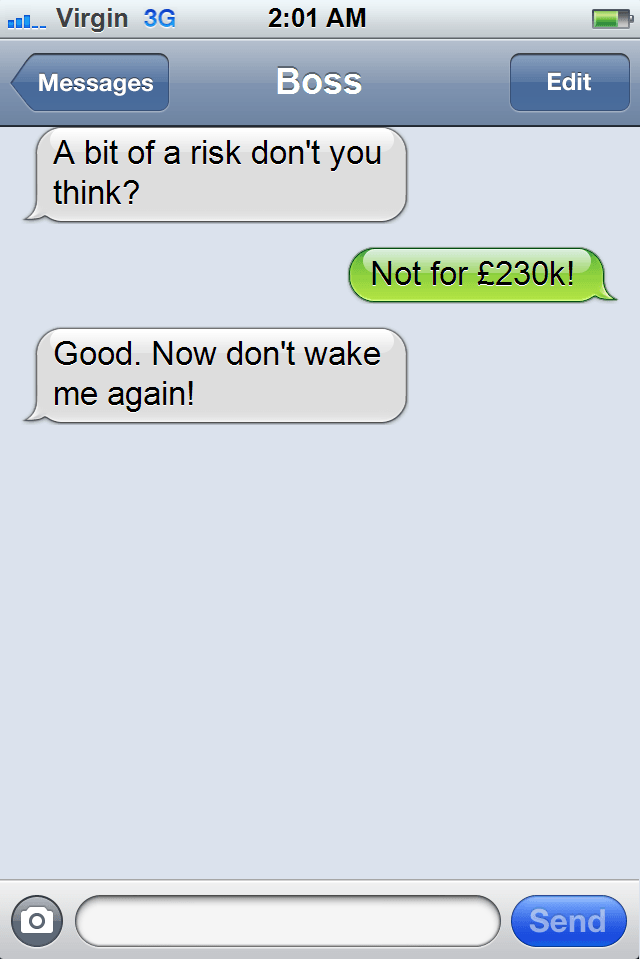 First to join the Throstles via SMS is Irish Striker Jon Daly. The 29 year old joins from Dundee United in the Scottish Premier League, with the Irishman having made 116 appearances for the Terrors, where he scored a total of 42 goals for the club in Orange and Black. He will join on a £7.5k per week contract which will run until the end of the 2012-2013 season. 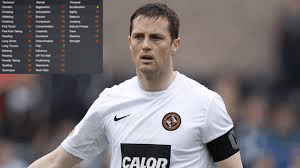 The first new man, Jon Daly after scoring for the Terrors, and, as rated by hit football management simulator, Football Manager {Inset}

And the other player? Well he is none other than French Midfielder Remy Cabella. The 21 year old joins from Montpellier Herault SC, a club where he only managed to make a total of 17 appearances for the reserve side, for a fee believed to be in the region of £230k (well exactly if Steve Clarke is to be believed). He will be on a £5.35k per week contract until the conclusion of the 2014-2015 season. 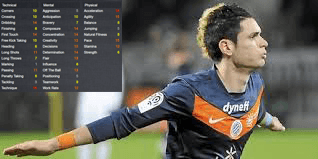 Remy Cabella, also after scoring for his previous club, and also rated by Football Manager {Inset}
Login to Quote

Loving the story!
Login to Quote

edu1878
7 years
Walter: It is Steve Clarke, he probably is only just learning how to use a phone. Not to mention twitter.

JamieBhoy: Thanks for that. I hope you follow this til Fm 14.
Login to Quote

Toon
7 years
Really liking the way this is going. Good results, too.
Login to Quote


Chris Brunt is reportedly headed for the exits at the Hawthorns, despite the fact that he has been heavily used this season by manager Steve Clarke. Brunt, 28, has feature in all but one league match for West Brom this season, and only time will tell if the Northern Irishman will in fact head for the exit door.

Steve Clarke, whose side sit in second place in the Barclays Premier League only behind heavyweights Manchester United, is looking to build a team that could possibly challenge for Europe and Brunt may be one of the players who may be replaced by the Scotsman.

Neither party has yet to make a statement on the matter, but the most likely outcome is that the midfielder will be staying at the Hawthorns, at least for the foreseeable future. another factor in this decision could be the funding, and whether or not the Baggies can secure enough funds to sign a replacement.

In other Albion news, Ajax youngster Toby Alderweireld has been linked to the Baggies. The 23 year old has caught the eye of several of Europe’s elite so a move to the Midlands based outfit would come as a shock to many neutrals and pundits alike. The Belgian has reportedly gained attention from clubs such as Atletico Madrid, Liverpool and a host of others.


http://www.insidespanishfootball.com/wp-content/uploads/2013/08/Alderweireld1.jpg
Could Tobias Alderweireld be linking up with fellow Belgian Romelo Lukaku at the Throstles?

A player on West Brom’s roster, Jean-Armel Kana-Biyik, is wanted by several clubs according to inside reports. WBA have refused to comment on the links, and insist that Kana-Biyik will remain a Throstle in the near future.

This update was actually prepared for me by Walter, with some adjustments made by myself to fit in with what was going on with the save. I would to take the time to thank him for this, and for giving up his time to help me. He is a truly brilliant writer, and without him, this update would not exist. So to Walter, Thank you so much.
Login to Quote

stig29
7 years
What formation do you play and what style? cheers
Login to Quote

Walter
7 years
No problem for the article, I was happy to help. And thank you for the praise.
1
Login to Quote