AlexSonwild
9 years
Nice start to the story and nice signings

I have about the same question as James, will you sign another left back. Or will Shaw be first choice?
Keep it up

I have about the same question as James, will you sign another left back. Or will Shaw be first choice?
Keep it up

Glad you are enjoying it. Coentrao is 1st choice but Shaw will be playing games this season 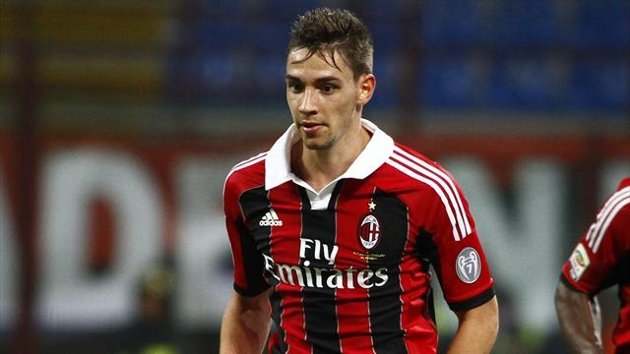 Real Madrid have completed the signing of Italian full back Mattia de Sciglio from A.C Milan.

The young defender joins Los Blancos for a fee of around £15M. The highly rated full back is tipped to become the next Maldini and is well known across Europe.

Mattia has been at A.C Milan all of his career and signed for the club when he was 10 and he rose up the youth system before making 30 appearances in the league for Milan.

Real Madrid manager Zinedine Zidane spoke about the new Madrid player at a press conference earlier today ahead of their La Liga opener against Real Betis.

"He is a top talent. He can play on the left and the right and he will become something special. I think we have a bright young team now and we can go far with them. I promise to nurture them into great players and I promise you in the next couple of years we will be a dominant club in world football".

"Mattia will play on Sunday and he has had a full pre season so he should be fit and ready to play this weekend". 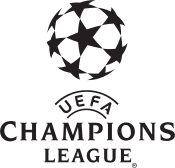 Also this week Real Madrid found out their Group for the Uefa Champions League group stage and found out that it was labelled as The Group Of Death.

The Group contains A.C Milan, Manchester City and Steaua and Zidane was surprised at the tough group but admitted he knows his team will qualify.

"One big European club will leave the competition earlier this season. How these 3 clubs can be put together I don't know. Hopefully we will make it and qualify for the knockout rounds of the competition".
Login to Quote

LFC
9 years
Great signing but a tough group. Hopefully you should top it. Good update.
Login to Quote


I hope he can deliver. I think we will get through the group but we need to be careful


I hope he can become a great player. He has the potential so why not

It has been a great start to life as Real Madrid boss for Zinedine Zidane with the Spanish side wining all 3 of their games and scoring 9 goals in the process. The Frenchman sat down with RealMadridTV to discuss the clubs latest results.

On the start to the season...
It has been a great start. I could not have asked for more from my players and I want to make sure that this form continues into next month. The team have played some great football and it is good to know that next month Gareth Bale will be joining the team and that will give us a big lift. I am happy with the progress the team has made so far.

On the Real Betis game...
It was a tough start to the season but after 6 minutes we were ahead. We managed to wrap the game up by the 47th minute after Pepe scored the 3rd goal for us. The performance was very good and I want that to continue into September.

On the Granada game...
This game was a lot different to the Betis game and we went behind to an early goal. We managed to bounce back but we only just scraped the win. The late winner from Ronaldo was a great lift as at some stages it looked like Granada would win the game. I gave a debut to Carvajal and he was excellent. He will definitely be keeping his place in the team in the coming games.

On the Bilbao game...
This was a easier game them I expected. I knew we had to shut Benat down in the middle and once we did we managed to press them and they gave in. Ronaldo got a double and also set up Di Maria's goal with a fine cross which the Argentine headed in to win the game. All of the players played well again it was just a shame not to get a clean sheet.

On Player and Young player of the month...
Well for Player of the month I have to give it to Christiano Ronaldo. His 5 goals made a big impact and without him we would not be doing so well. As for young player it must go to Carvajal as he had some great games and was vital in us winning the 3 games. 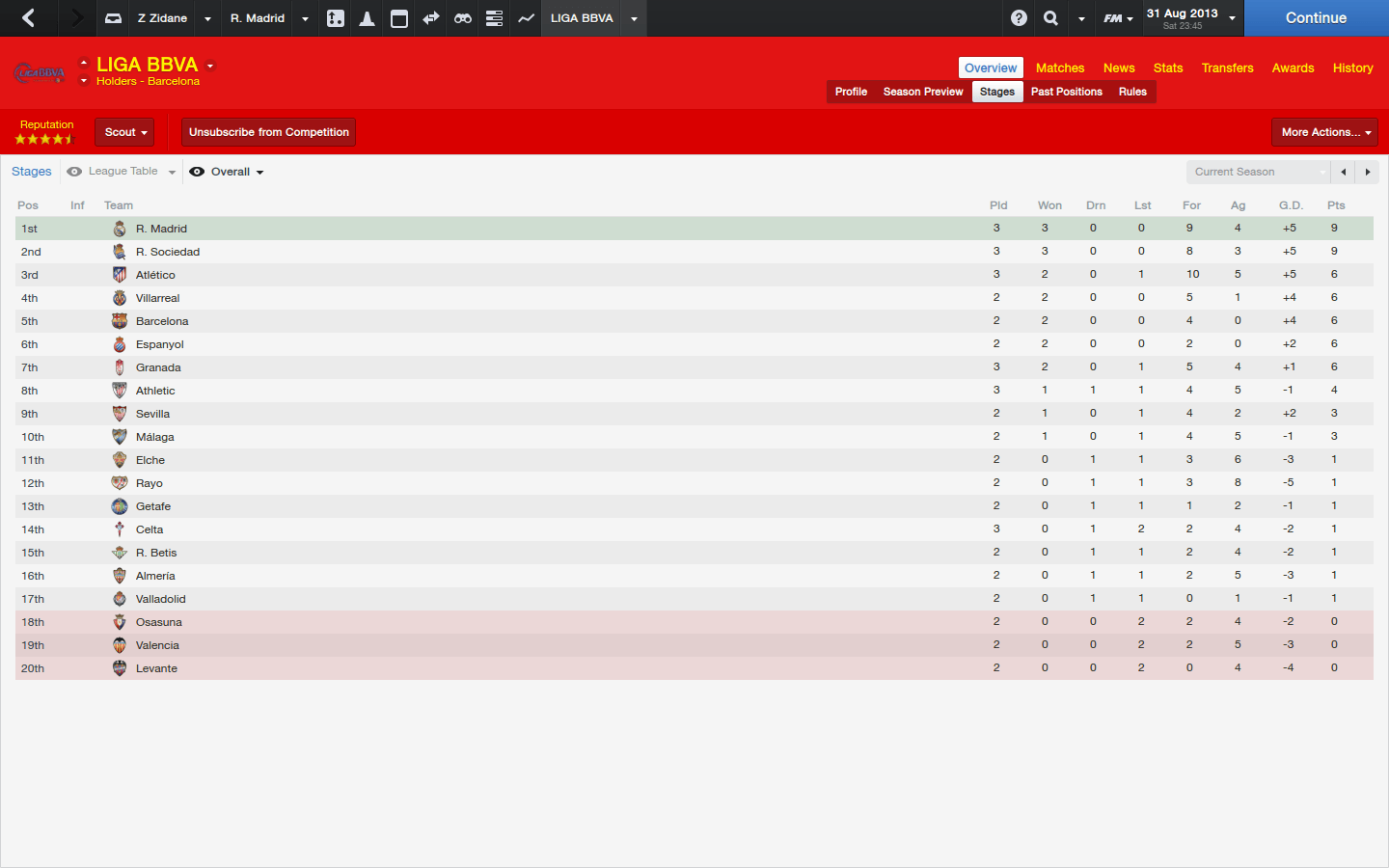 On league position...
I am very happy that we are top this early in. We look very strong and I hope we continue this and make sure we win the league this season. The Champions League starts next month also with us traveling to Manchester to play our opening game. I hope for a win but we need to be vigilant and make sure we don't lose the game. Thank you.
Login to Quote

Jamesg237
9 years
A very positive start to the season. I am sure you can keep it up!
Login to Quote


I hope so too. We have Bale coming back soon so it will be a big boost to have him in the squad

Kane
9 years
A great start Wellsy. Having not read stories on here for a while, this is a massive improvement to your first one, brilliant work. Good luck with the upcoming season

Thanks mate. I feel that this is a lot better too and I just hope we can win the league 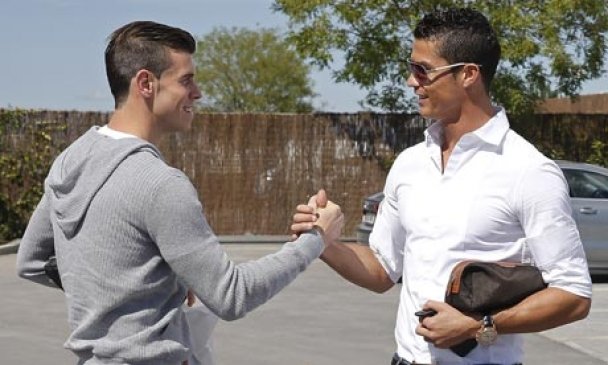 New Real Madrid star Gareth Bale sat down for his 1st full interview with Sky Sports News earlier and the Welshman was describing life in Spain's capital and his new team mates.

Bale also spoke about his new manager and also his old manager, AVB.

Hello Gareth it is good to meet you, how are you?...

I am good thanks.

Great. How are you settling in with your new team mates and to life in Spain?...
Well I knew I would love it here. Spain is my favourite country so it was a perfect fit. It has been fun meeting all of the players and getting to know them.

Good. Who has been you main friend since joining Real Madrid?...
I would say Cristiano (Ronaldo). He has been a big help for me and he has introduced my to the team and we have got on well. It helps that he speaks English and that he plays in a similar position to me. I cant wait to get out there and play with him.

How well have you and Zinedine Zidane got on so far?...
He is a great man. He has been good to me and he has taught me a lot so early on in my career here. We have 3 great wingers here and he has promised us we will all play a major part this season and that is good to know. He has let me settle in slowly to make sure we don't rush things but I am now ready to play.

You had a great relationship with your former manager, Andre, how does he differ from Zidane?...
Andre was a great guy and he made sure I was happy. I loved playing under him and we were making progress at Spurs but when Madrid came in I could not turn them down.

Real Madrid had another tough month playing three big teams out of the five played. The Champions League also started up again but a defeat to Manchester City left Zinedine Zidane fuming at the team.

On the month overall...
It was a bit stop start kind of month. We continued our form but when we played Manchester City we just fell apart. The played us off the park. I was disappointed with eh draw against Getafe but I know that we would bounce back and we did.

On the Villarreal match...
Well we had to be carful he but we managed to get the win. We tried and tried but we could not find a goal. I gave Gareth Bale his debut when I subbed him on in the 75th minute and he set up all 3 of Ronaldo's goals. All 3 were great crosses and passing moves. Bale set a new standard for the team and I hope for more from him in the near future.

On the City match...
Well I do not know what happened here. We just fell apart. We had a good team out but they outclassed us so we need to look ahead and make sure we qualify.

On the Getafe match...
Well we had a very weak team playing as most of the team was tired from Wednesday so I had to rest some stars. We could only get a 1-1 draw but a miracle goal from Di Maria gave us a point.

On the Elche game...
Well in 20 minutes we scored all 5 goals. After that, nothing. We looked as if we might get 10 but a 5-0 win is still good for us and we are still unbeaten in the league.

On the Athletico Madrid game...
My first big game and we tore them apart. A great finish by Karim Benzema set us on our way to 3 points. We started to fade out and they looked like getting a goal but a late Morata volley from a Bale corner won the game for us to keep us top of the league. 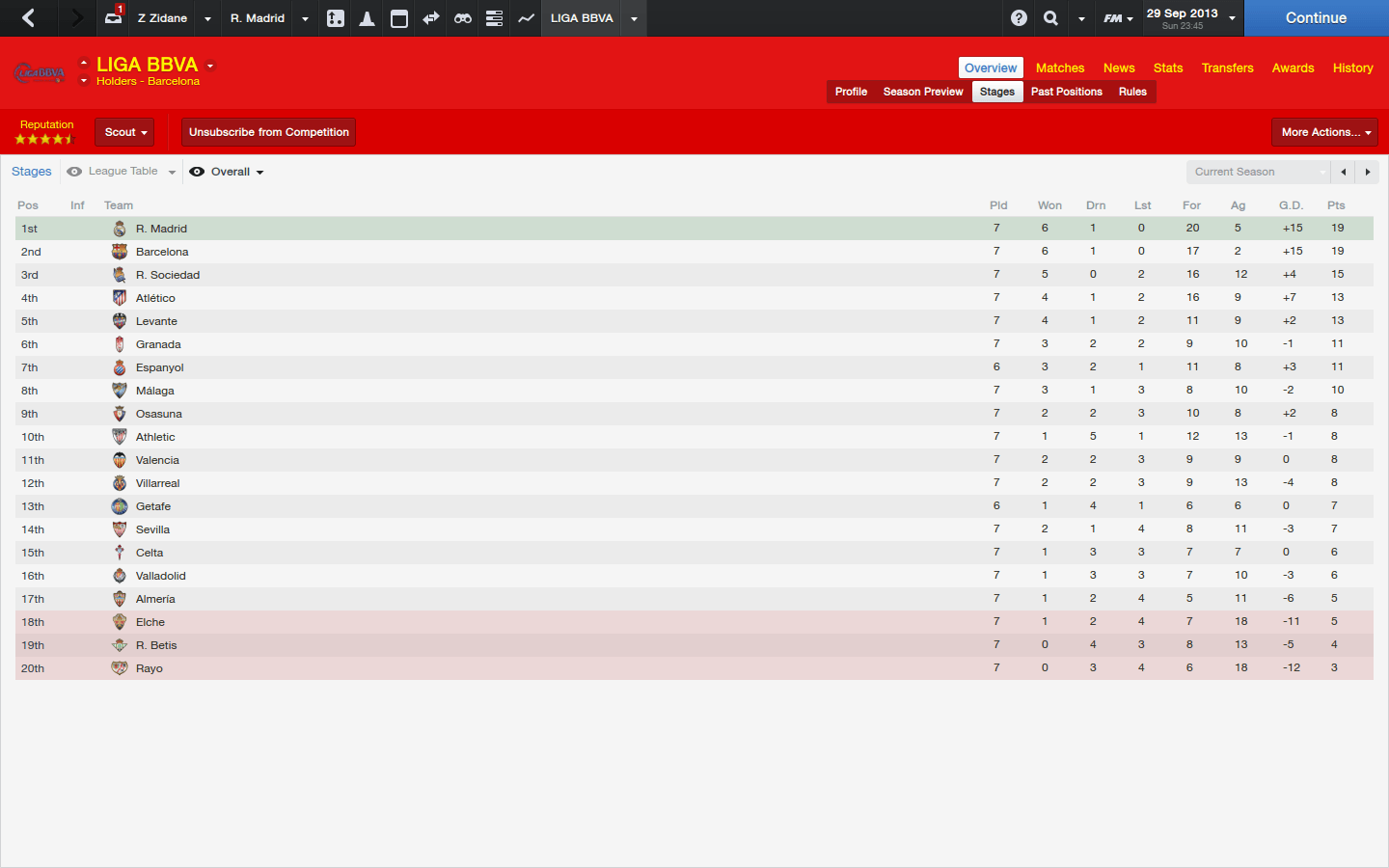 On the league position...
We can not read too much into it but we know we are in a good position ahead of the game against Barcelona next month. We are all looking forward to it as it could decide the title winner.

On player of the month
I think that Benzema wins this as his 3 goals meant that we could win those games and I know there is much more to come from him as he is a top quality striker.
Login to Quote