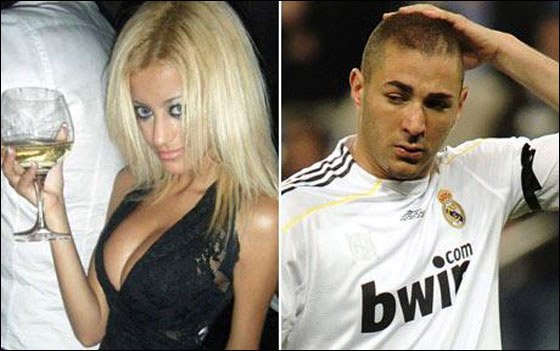 French police have re-opened the case of a prostitution ring in Paris with Frank Ribery and Karim Benzema being accused of being clients to underage prostitutes.

The two players will have to go to court in Paris in November to deny these allegations and they both have already denied involvement or knowledge of the incident.

The story first broke in 2010 when the two stars were being investigated for their involvement in a prostitute ring in Paris. Hatem Ben Arfa and Sidney Govou have also been accused of involvement.

Real Madrid manager Zinedine Zidane spoke of his support for his fellow country man and promised that he will be behind him all the way.

"Karim is a nice guy. He would not do such a thing. We know him well and this is just not him at all".

"We will support him all of the way but my fear is that it will affect his performances so we need to go easy on him and make sure that we are very supportive of Karim and the other players involved".
These allegations went quiet for 2 years but have now erupted into the press again and we will await the outcome of the trial.
Login to Quote

Good results too, except the City game. Next time it will be your turn to thrash them

Good results too, except the City game. Next time it will be your turn to thrash them

Thanks mate. I hope we can bounce back now 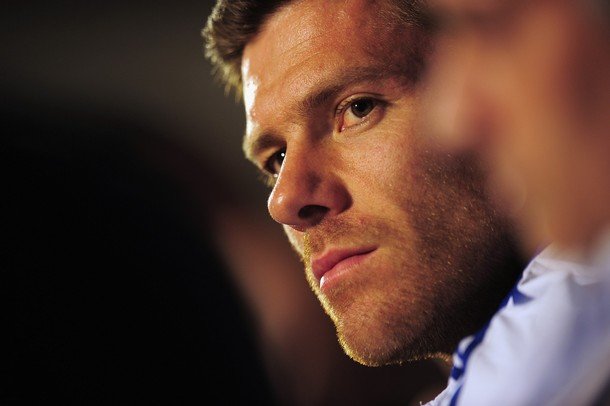 Real Madrid have announced that Xabi Alonso has signed a new 3 year deal at the Spanish giants.

The 32 year old midfielder has decided that he wants to see out the remainder of his career at Madrid and he has put pen to paper to sign the new deal.

Alonso has played a key role for Madrid over the past few years and is vital to how the team play and organise according to manager Zinedine Zidane.

"He is a top player. No good team can operate without having a player like Alonso. Barcelona have Xavi and Munich have Martinez. Xabi is a key player for us in the build up of play and the protection of the defence".

"He has had a great career and by showing this commitment to the club he will be rewarded with lots of success and joy".
"Xabi has also took a small pay cut to complete the new deal and the money that he has given away will be donated into the youth teams. A noble gesture from a very humble man".

Xabi took to twitter to announce the news and he told fans about his love for the club.

"I love Madrid and I want to play here forever. I want to win lots more trophies and become a successful team".
Login to Quote

October was always going to be a big test for Real Madrid with games against Barcelona and A.C Milan but Zidane's boys have managed to go unbeaten during October and they look in fine form.

On the month overall...
Well we had a tough few games but I am happy with all of the team and the way we played. We scored a lot of goals and got some good results which I am very happy about. I want to continue this form into November and December.

On the Steaua game...
I had to play a weak side for this game but we managed to get the win. A brilliant 35 yard free kick. It was very powerful and the Goalkeeper had no chance of saving it. A goal from Rising star Morata gave us the 3 points what we needed.

On the Levante game...
This was a tough game and at some stage we looked like we were not going to score. There was a lot of talk between the two teams before the game os when Isco put the ball in the back of the net the smile came back to my face after a very tense game.

On the Malaga game...
Our 3rd straight win and we delivered once again. Morata getting another goal before Benzema and Ronaldo sealed the win withh 2 great strikes. We dominated the game but they managed to score a late conciliation goal at the end of the game.

On the A.C Milan game...
We needed to win this game to keep up our qualifying hopes but we drew against a weak Milan side. We took the lead through Morata but they found a late equalizer to send us back into our shell.

On the Barcelona game...
This was it. The big one. Our biggest test of the season and we had to get a result. We managed a draw but I am happy with that as for most of the game we were on the back foot. An early Gareth Bale volley put us in the lead and out hopes went up. I wanted to keep us going until half time but a header from Iniesta in the last few seconds of the 1st half made our heads drop. We pushed in the 1st half but I decided we needed the point so we sat back and held put for the point. A good result nevertheless.

On the Sevilla game...
Well we had 3 tough games in the space of a week and players needed a rest. We did a professional job with Ronaldo and Khedira getting the two goals to win us the game. 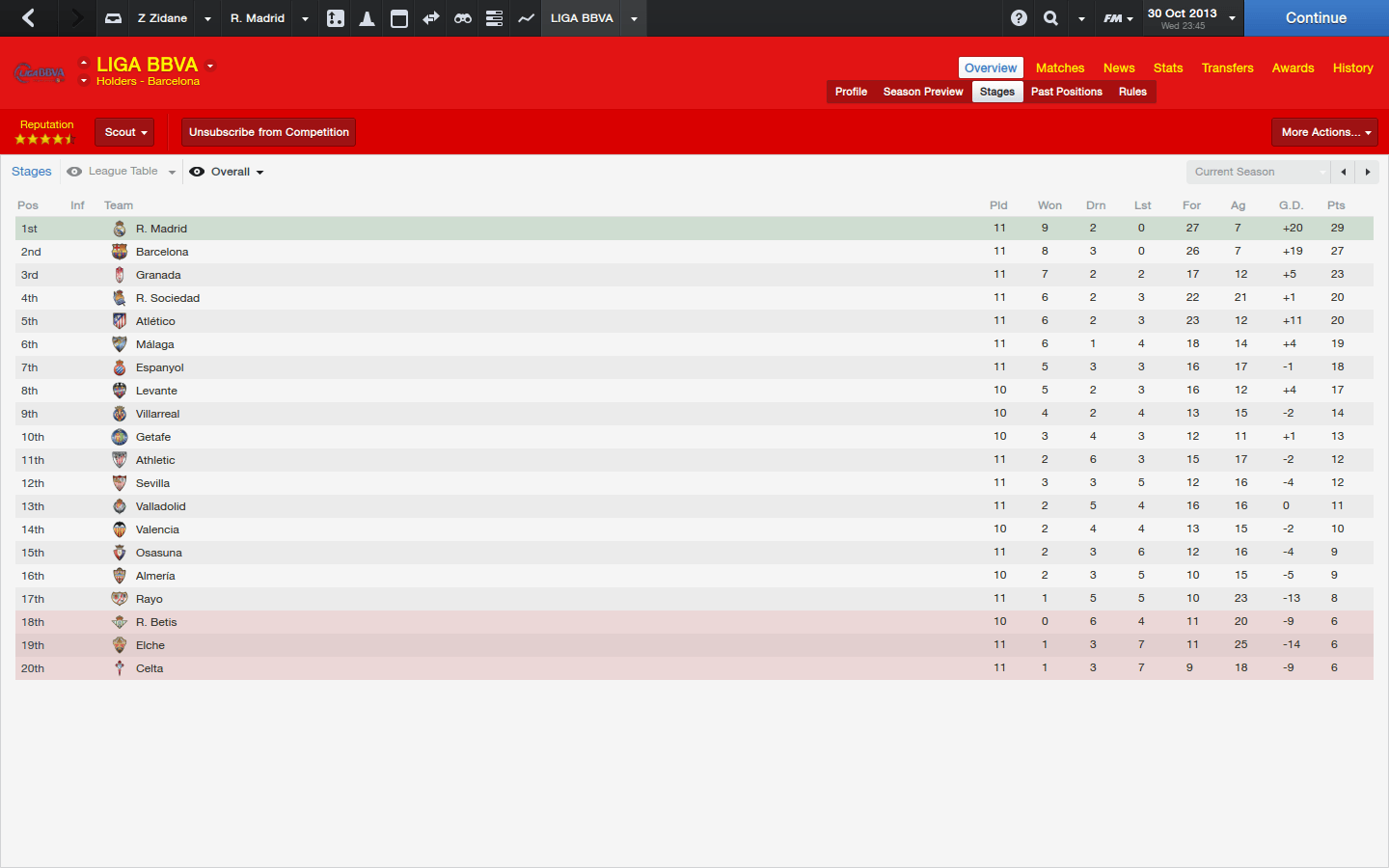 On the League position...
Well we are top and that is a good thing. We look very good at the moment so I hope that we continue this form and win the league this season.

On player of the month...
I think Morata deserves it this month. He has scored some important goals and has outshone team mate Jese and Morata will be starting some games soon as Benzema will be out for around 2 weeks.
Login to Quote

I wondered that too. I think City were 3rd seed so we got the two. We could have even had one more big team

Jamesg237
9 years
An interesting couple of updates. I don't quite get what the prositution one brings to the story but it is yours and I will be continuing to follow nevertheless.
1
Login to Quote

kazza121
9 years
Great updates and an interesting month for Madrid. Good business to get Alonso sign a new contract.
1
Login to Quote


HAHA Thanks mate. It will become clear soon as it is a real life thing and I will explain It later