pompeyblue
9 years
Some great updates and results. I like the way you are linking real life incidents into your story.
Keep it up

In just under 5 days this story has already hit 1000 views. I hope this can grow and grow and have much more views than Pep Talks.

Thank you for your continued support 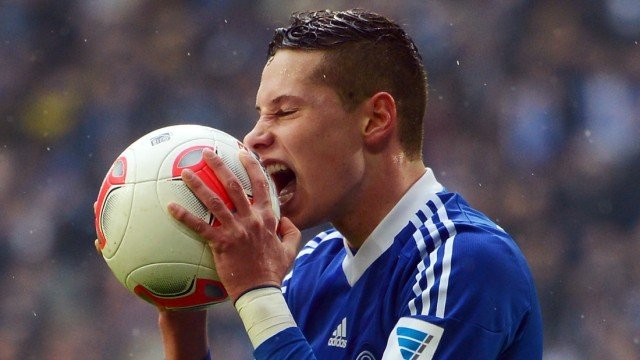 Real Madrid have announced the signing of German international Julian Draxler for £36M.

The young winger will complete his move to Madrid on January 2nd and will be able to play in the game against Celta Vigo on the 4th.

Draxler is highly rated across Europe and top clubs such as Manchester United and Bayern Munich showed keen interest in the German before Real Madrid snapped him up.

Zidane spoke about his new signing earlier today and heaped praise on the young German.

"He is the best thing to come out of Germany in the last two years. They have made some great players but he will become a top top player at Real Madrid. I am confident that he will become a star here for many years to come".

"He can play on the left tor the right or even through the middle. He is quick and a very technical player. Once he develops fully we have a world beater on our hands".

Real Madrid have offered Zinedine Zidane a new transfer budget that is rumoured to be around £60M so other transfers are expected from the Frenchman.
Login to Quote

Thanks mate. It is good to know I have your support

kazza121
9 years
Draxler , never could utilize him when I bought him last year for LFC , but he is a class player . Can't say Draxler's pic is very good though !
Login to Quote

MJK46
9 years
ohhhh Draxler. He should be money for you!!
Login to Quote


HAHA I hope that he comes good for me


I hope so. He can become a great player

It has been an even tougher month for Zidane's men with Real Madrid only managing 2 wins in 5. The team have been outplayed by many teams but they know they must bounce back. Here of the words of Zinedine Zidane.

On the Rayo game...
A good team and we played well to beat them. We struggled in the 1st half and we looked like we might lose but I decided to bring on Morata and with his 1st touch he hit a powerful shot into the net from 25 yards. A good 3 points for us and we look good at the top of the table.

On the A.C Milan game...
After this defeat we look like we might be going out of the Champions League. We were awful and we did not look lively at all during the game so to lose was not a surprise. A quick free kick fell to Mexes who hit a curling shot into the top corner from 18 yards. A very disappointing loss for us.

On the Sociedad game...
Real are a good team so to get all 3 points was a great feeling. They have a young and exciting team but we dominated them and goals from Jese and Modric sealed the win for us to keep us top of the league.

On the Almeria game...
I have not idea what happened here. We just fell apart. I had to rest players for the City game but we just gifted them chances. I must give credit to them as they did play well but we should have got the 3 points from this game.

On the Man City game...
We needed to win to keep us in the Champions League. We failed to do so. Only a miracle will help us stay in the competition. Ronaldo got us off to a great start but they managed to reply through Kompany later on in the game. We look down and out. 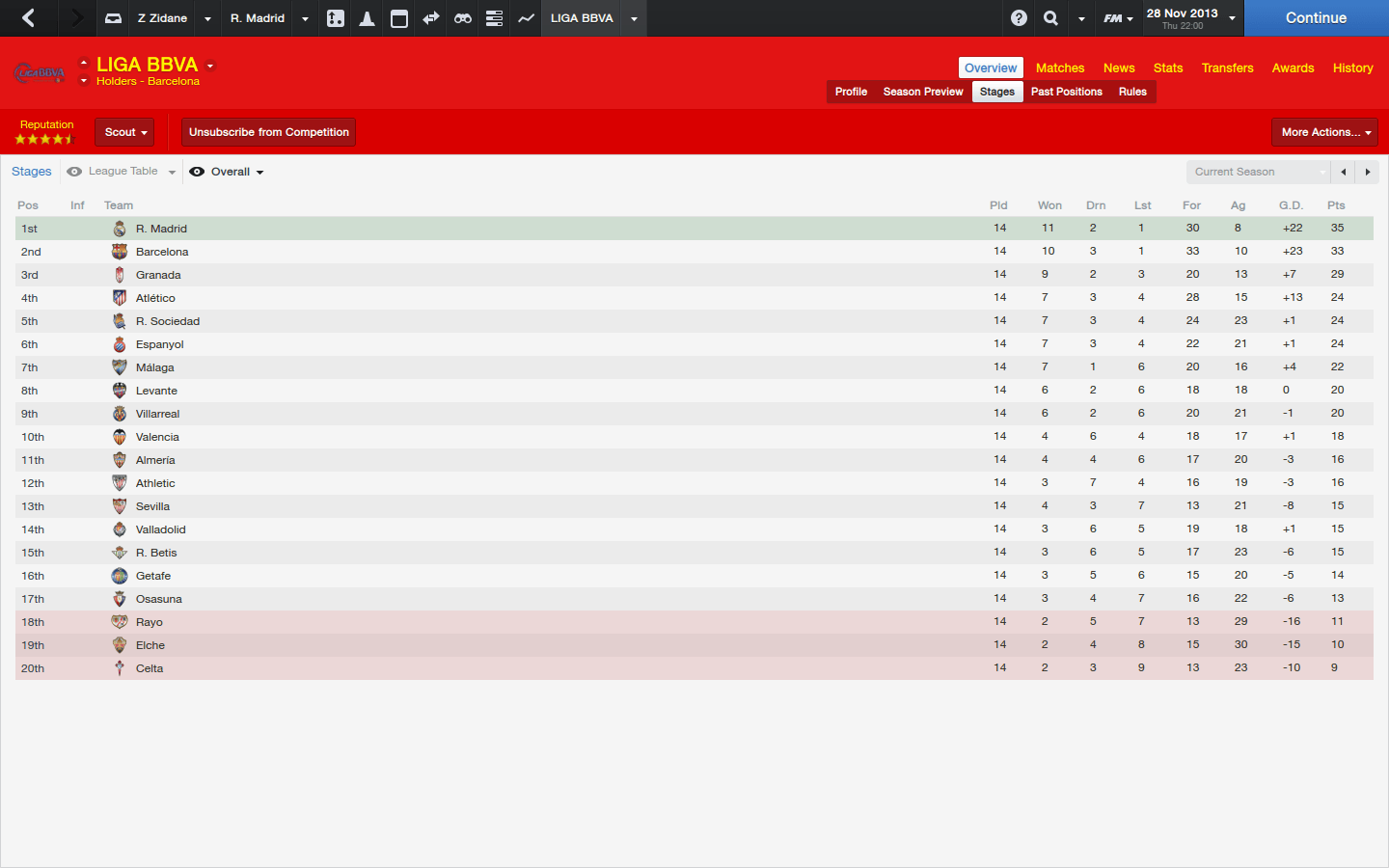 On the league position...
Well we are still top after a disastrous month. I think we need to be dominant in December to regain our form and stay top of the league. I am preparing for the Europa League now so we need to win that and the keague. 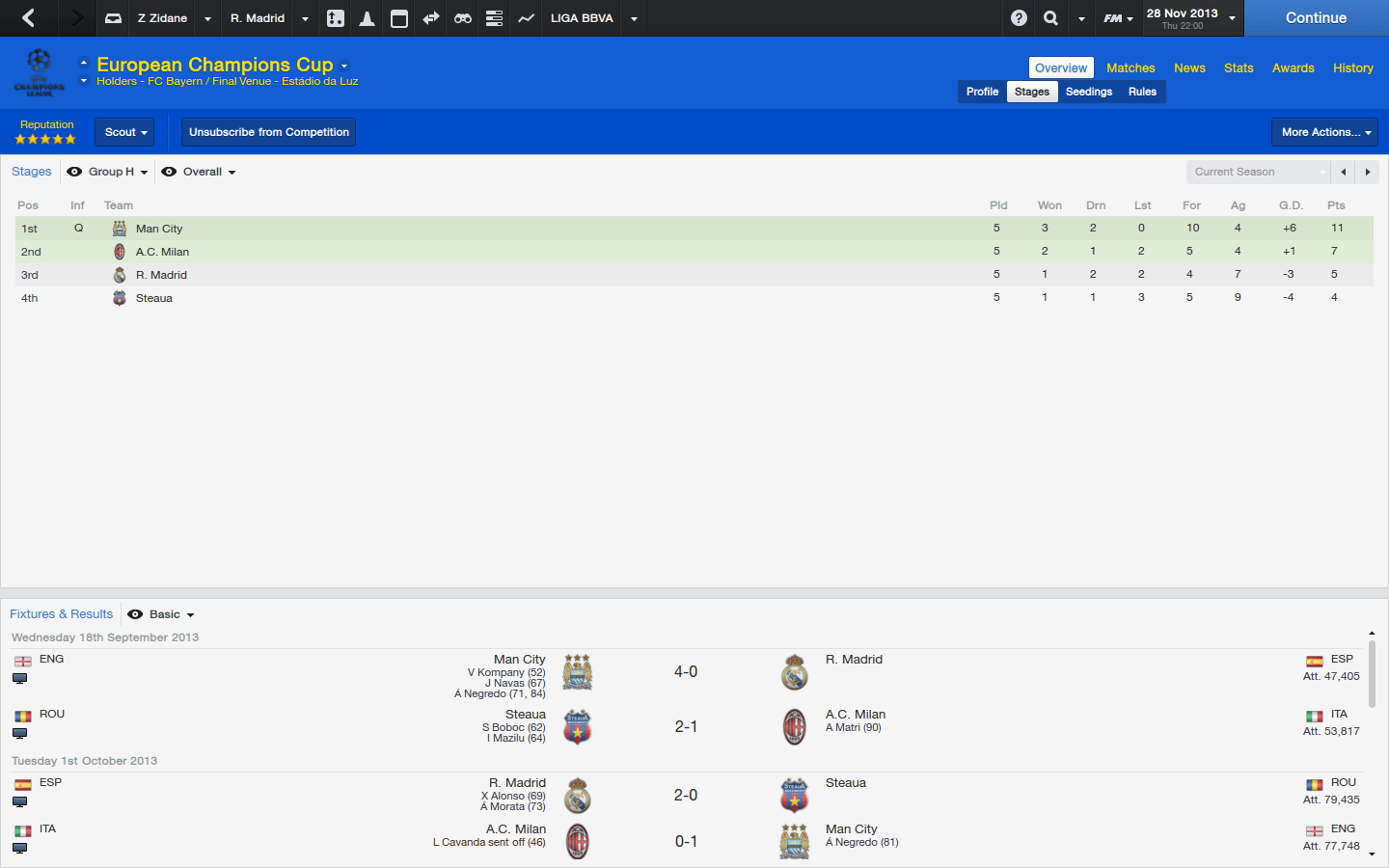 Well here it is. Only a miracle can keep us in the tournament and I am praying for a Man City win. We need this more than anything.

On player of the month...
I think Modric deserves this award this month. He has been a constant threat in the midfield for us. I think Benzema will be dropped next month as the scandal surrounding him is affecting his performances dramatically. I will look for either Morata or Jese to step up.
Login to Quote

Jer
9 years
Great to be on top on the league, but Zidane is the right man to get us to La Decima!
1
Login to Quote


HAHA I hope so too