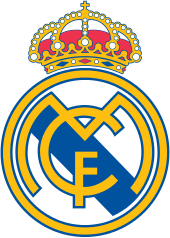 Hello and welcome to Zinedine Zidane - Los Blancos. I am very excited about writing this for you and I wan tto make sure that is can beat Pep Talks in its quality of writing and detail.

I wanted a team I could stick with for a long time but I did not want to go too low down so I decided on Real Madrid.

Real Madrid are a team who are in a slight transition period. They sold Ozil (f**king yes mate) to Arsenal and Higuain to Napoil and both transfers were criticized by many fans of the club and football fans in general. They spent a lot of money on young players this summer and also broke the transfer record to sign Gareth Bale.

I hope you enjoy this as much as I do. Thank you. 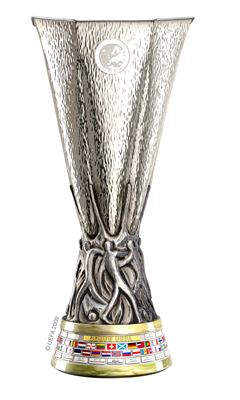 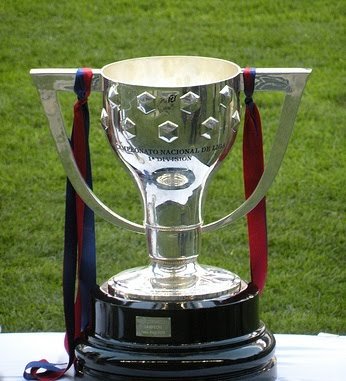 MJK46
9 years
Lets go!!! Can't wait to see what you do with Bale haha
Login to Quote

In all seriousness, GL. Hope you can make the Bale and Ronaldo partnership work.
Login to Quote


HAHA Thank you. I hope to have some very good memories

In all seriousness, GL. Hope you can make the Bale and Ronaldo partnership work.


HAHA I hope I can 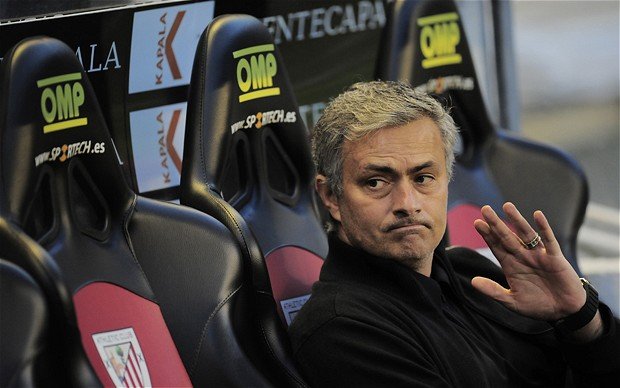 It comes as no surprise to many that Jose Mourinho has announced that he is leaving Real Madrid.

The Portuguese coach has not had the best of times in Madrid with Mourinho being involved in countless scandals and arguments over the past three years. These incidents have build up and Jose decided it was time for him to step down as Real Madrid manager.

Mourinho posted a small statement on the clubs website to thank the fans for their support and that he wishes them the best for the future.

"Thank you for the great memories we had together over the last few years. I want to wish you all good luck in the future and I hope that you have a great 2013/14 season".

With rumours circulating for a while now and it looks likely that Jose Mourinho will return to Stamford Bridge to manager Chelsea again as Rafa Benitez looks set to leave the club.

Club President Florentino Pérez has expressed his sorrow to lose Mourinho but has hinted that the club now has a bright future.

"Jose was a great manager, he was a good guy . He was just too controversial for Real Madrid. We want to wish him the best in the future and we hope he can manage again".

No comment was made on who could be the new manager but the President told media they would not rush at deciding a replacement.

"Look we have plenty of time to find a suitable replacement. I want to make sure the guy knows the club and will take the club forward into a new era of success".

Carlo Anchelotti has been made favourite for the job but Zinedine Zidane and Roberto Manchini are close in the race to become Real Madrid's next manager.

Real Madrid start Cristiano Ronaldo also spoke about Jose and how good he was to him.

"I liked him a lot. We got on well and I feel we made progress with him and I want to thank him for all of the good times we had".

No word was spoken from Iker Cassilas as it is well known about the pairs falling out over the last year so when asked by media about whether or not the two had made friends he quickly changed the subject towards next season.

"I wish him all the best but we now need to concentrate on next season and make sure we win the league and do well in the Champions League".

"We have signed some great players already this summer and I hope that the new boss can bring in some more big name signings to help the team move forward in the right direction".

When the Captain was asked about the departure of Mesut Ozil he told media that he does not understand why the club let him go.

"Mesut was a good guy. He was a great player and he will be missed a lot at this club".
Login to Quote 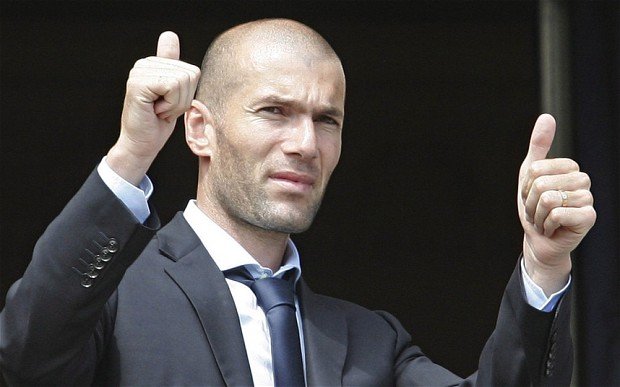 The former player who played for Real was announced as the new manager this morning in front of a number of fans and media.

The ex-star was part of the famous 'Galacticos' and was one of the greatest players of all time. He previously played for Juventus before making the switch to Real Madrid where he played out the remainder of his career before retiring in 2006.

Zidane returned to the club in 2010 as Sporting Director and was set to become assistant manager this season but with the departure of Jose Mourinho Zidane was to become manager of the worlds most famous club.

"I am delighted to be here" declared Zidane. "I love this club an it has a special place in everyone's heart. I want to thank the President for allowing me to take on this great job".

"I asked him if I could take the job and he said yes. I have always wanted to manage Real Madrid and I knew it would become true on day".

Spanish paper Marca then asked Zidane what his ambitions were as manager of Real and he announced that he wanted to win everything.

"If I do not win the Champions league my time here will be a failure. I want to make this club dominant again. If you look at Barcelona over the last few years that is what I want us to be like. I want Real Madrid to be feared and dominate teams". 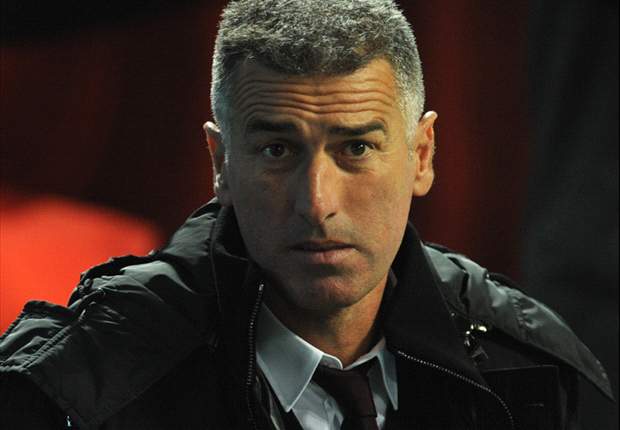 Zidane also announced that Mauro Tassotti will be joining him from A.C Milan to be his assistant manager.

"He is a great coach and I know him well. He is one of the best assistant managers in the world and I hope that he can help us progress".

Zidane was then asked about new transfers he would bring in and he declared that players would be leaving the club first.

"I will be signing some new players, mostly young but before that some players must leave. I think certain players will hold the team back so I have decided that two or three players will be leaving".

Zidane denied to say who those players were but insisted on talking about bringing in young players to help with the clubs progress.

"We have two great young strikers in Morata and Jesse. Both will be involed in the first team this year and I hope that they can make an impact with us this season".
Login to Quote

Jamesg237
9 years
A great start. I hope you stick with this one.
1
Login to Quote


Thanks James. I think this is the one again and I have not had this feeling since Pep 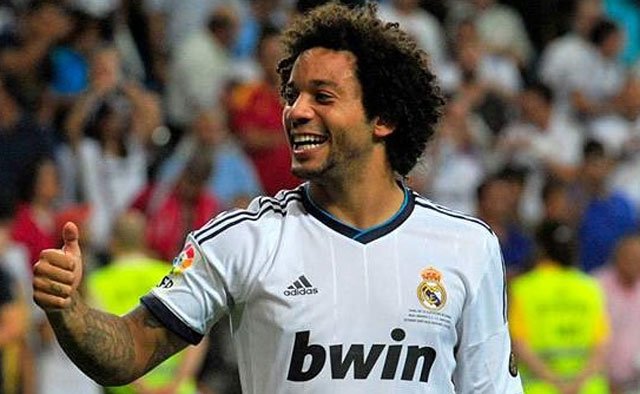 Brazilian left-back Marcelo has joined Manchester United for a fee believed to be around £30M.

Zidane spoke highly of the defender and said he did not want him to leave but he felt the money was too good and that he did not want to stop Marcelo's dream move to the premier league.

"He is a great guy. He made everyone laugh. I wanted to keep him but after the money was offered I could not say no and turn it down. I told him that he is always welcome back here if things don't work out for him and that we will welcome him with open arms".

"We will miss him around here but we must move on and look forward to the future".

Many people are wondering who Marcelo's replacement will be but a name mentioned daily in the Spanish papers is Southampton's Luke Shaw.

"We are looking at a lot of players and yes Luke is one of them. He has a lot of talent and we will look into him a lot more now that Marcelo has left".

Fans are disappointed to see Marcelo leave but most admit that the money that has been brought in was too good to turn down.

Christiano Ronaldo also spoke of his disappointment to lose his close friend earlier on the day.

"He was a great guy. I loved every single minute I was around him. He will be missed dearly".
Login to Quote

MJK46
9 years
So is Zidane going to headbutt members of the press when they piss him off?
Login to Quote

pompeyblue
9 years
The story looks good.
Surprised at the sale of Marcelo though but I guess you can't turn down a £30 million offer.
1
Login to Quote