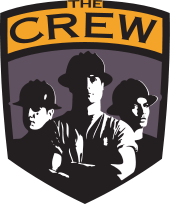 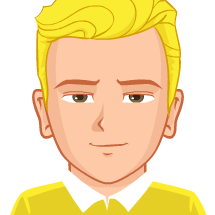 Rablador
9 years
Hope you don't mind, I centred the pics a bit more to make it look a little nicer 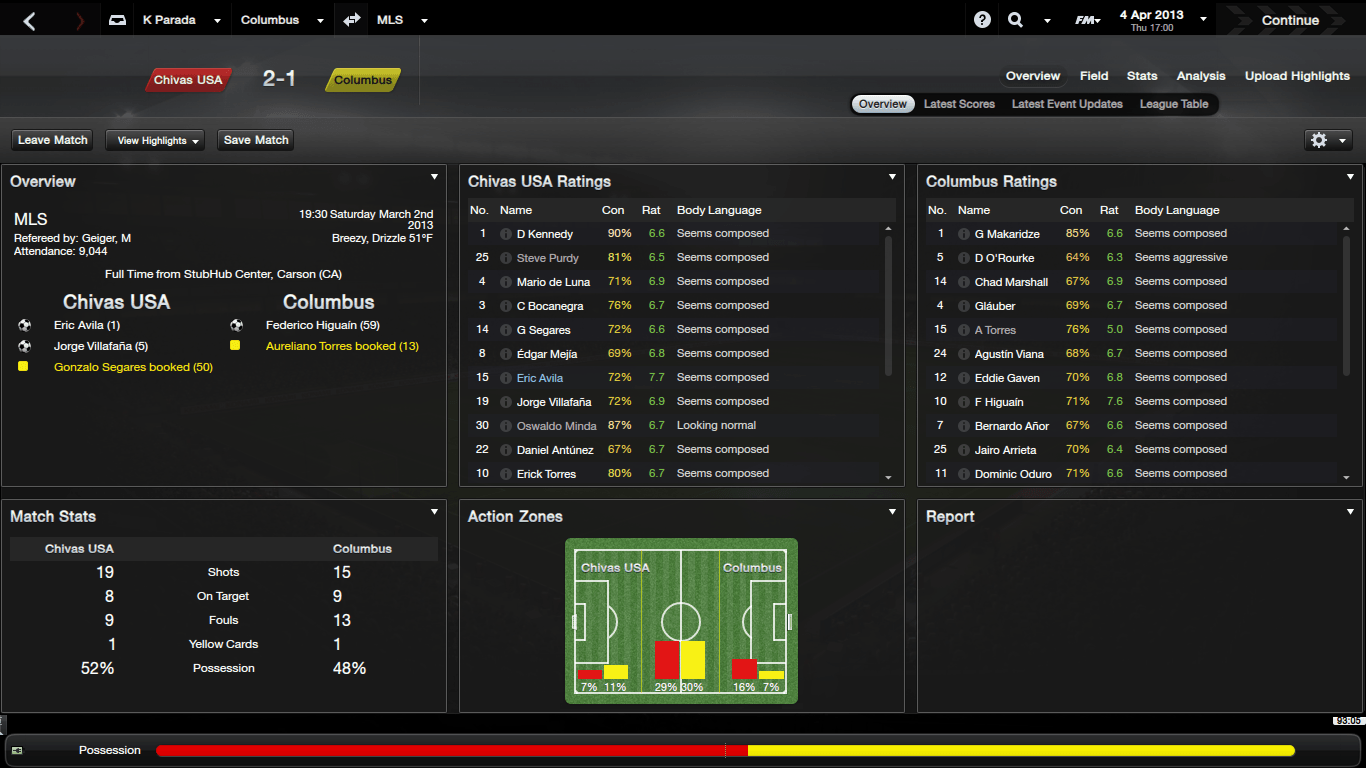 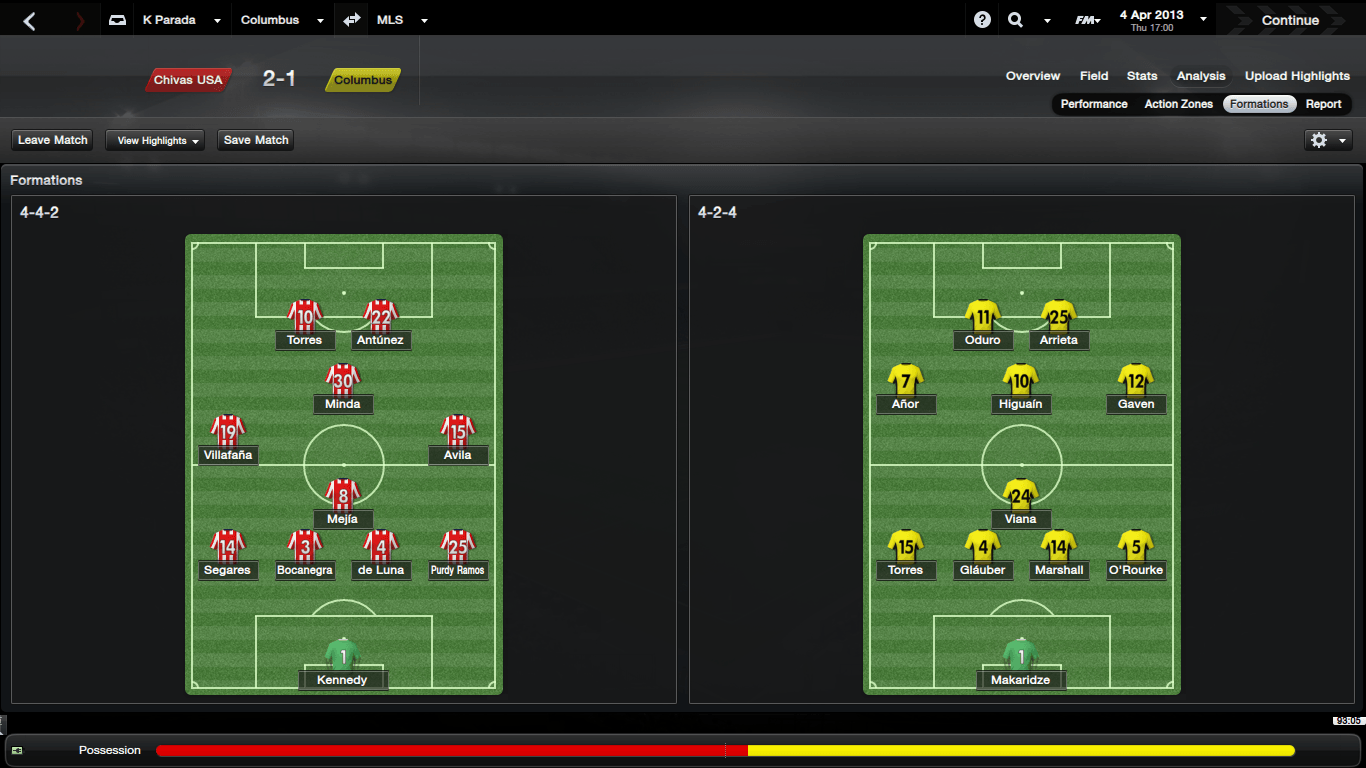 I can honestly say we lost this match because our match fitness was low, but we couldn't really attack and finish this match. 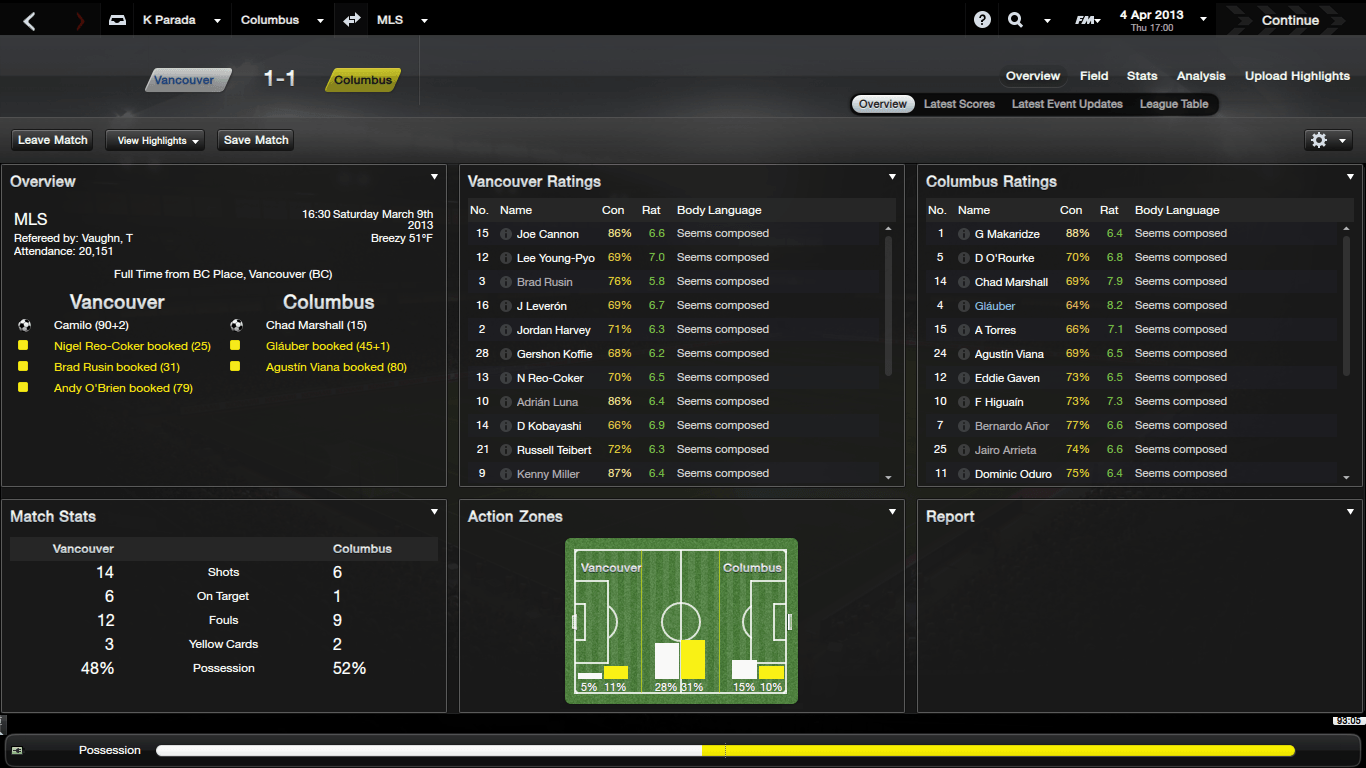 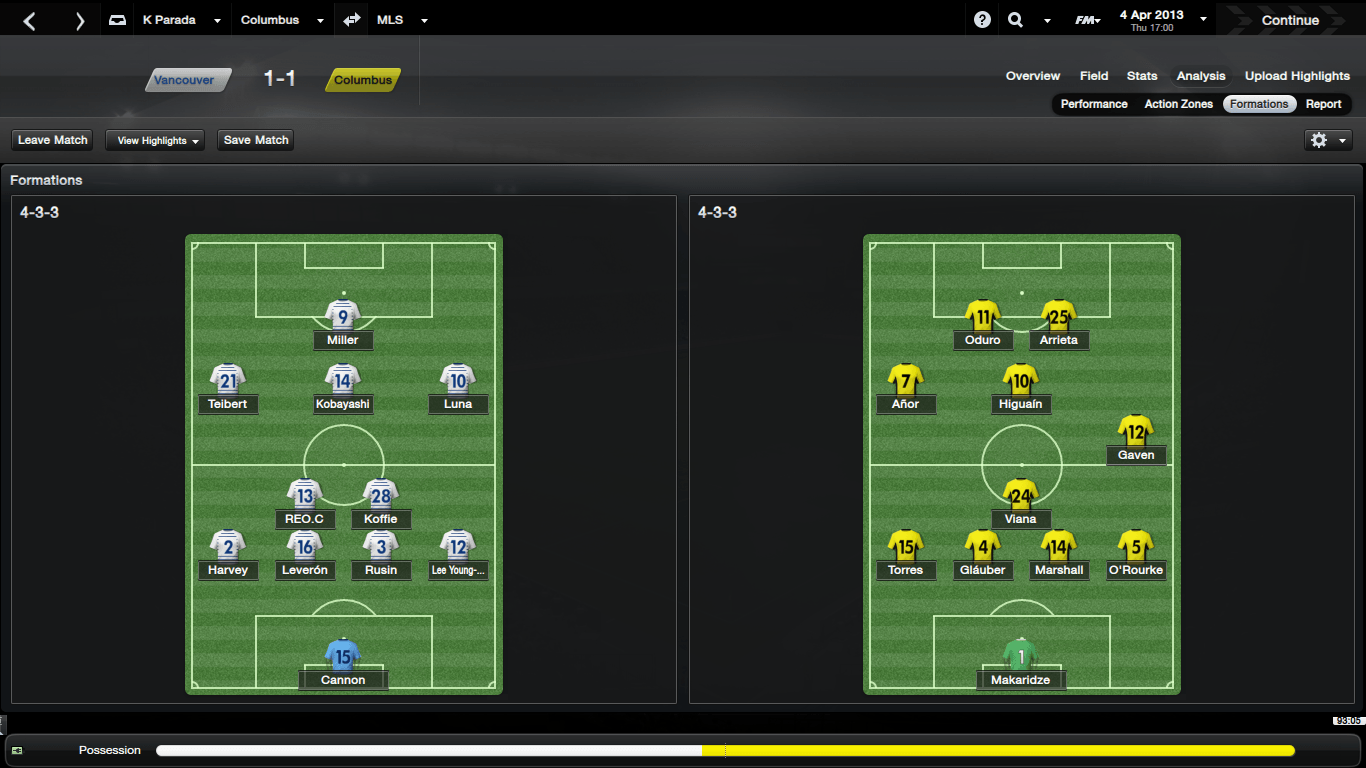 I was distraught when Camilo scored that late goal. I thought it was offside but the referee didn't, but I am happy at our improvement from last game. 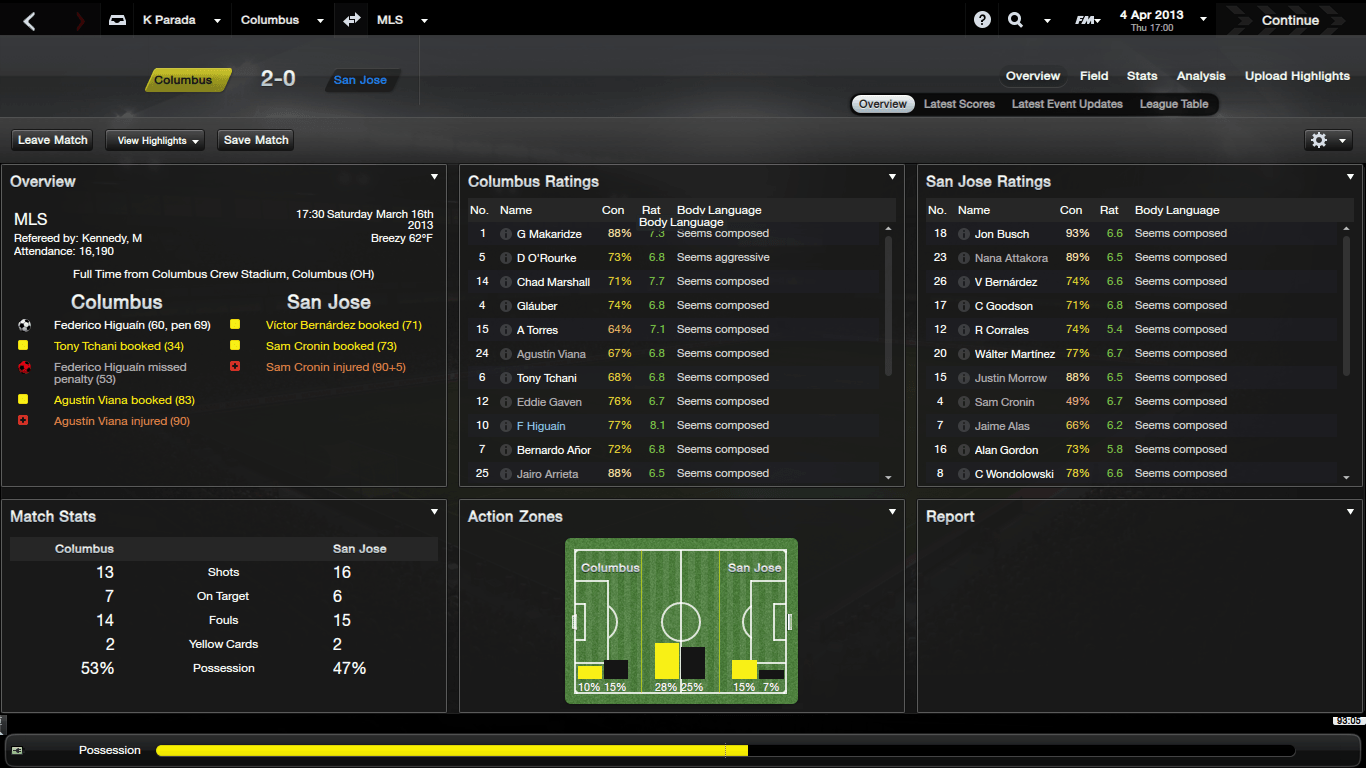 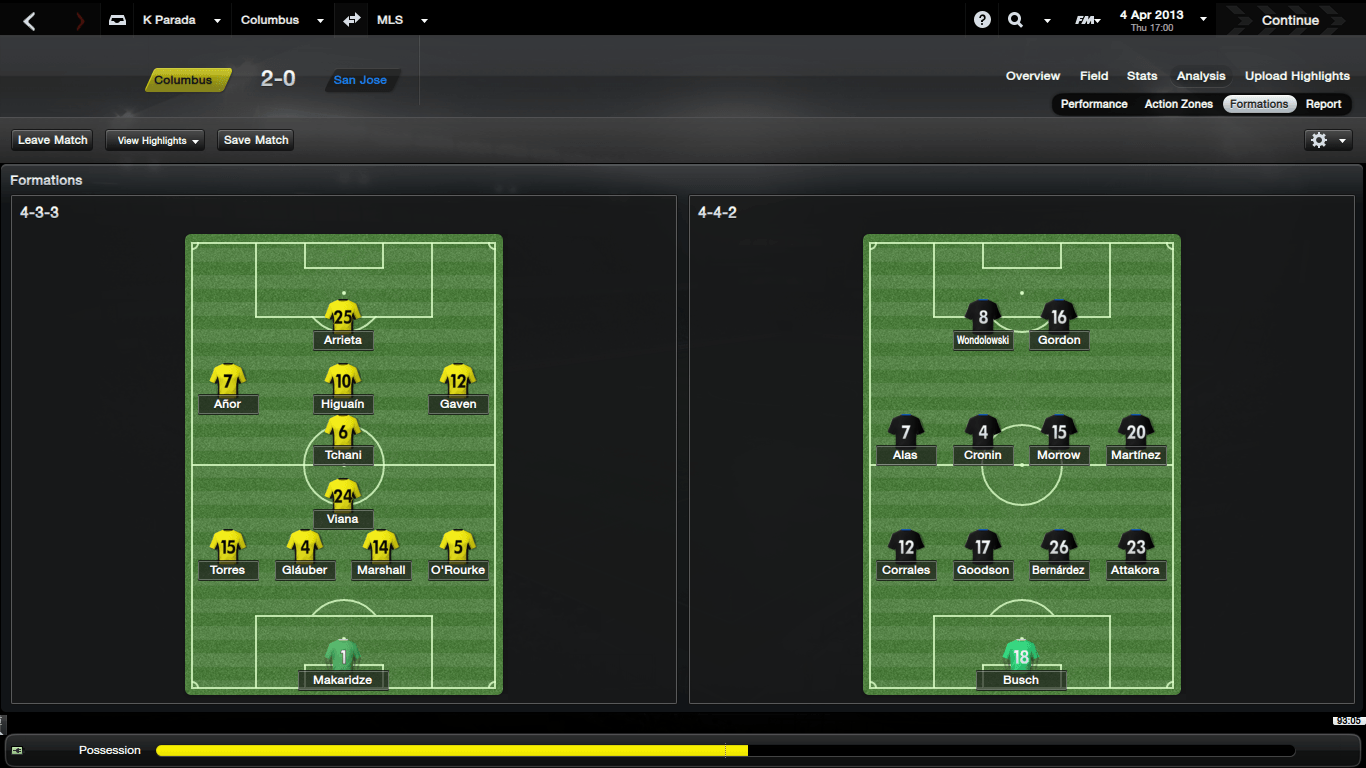 Great game for us as Federico Higuain scored two goals, we are defending very good lately, I can tell the team is very pumped. I was frightened when Higuain missed the first penalty, but he later redeemed himself. 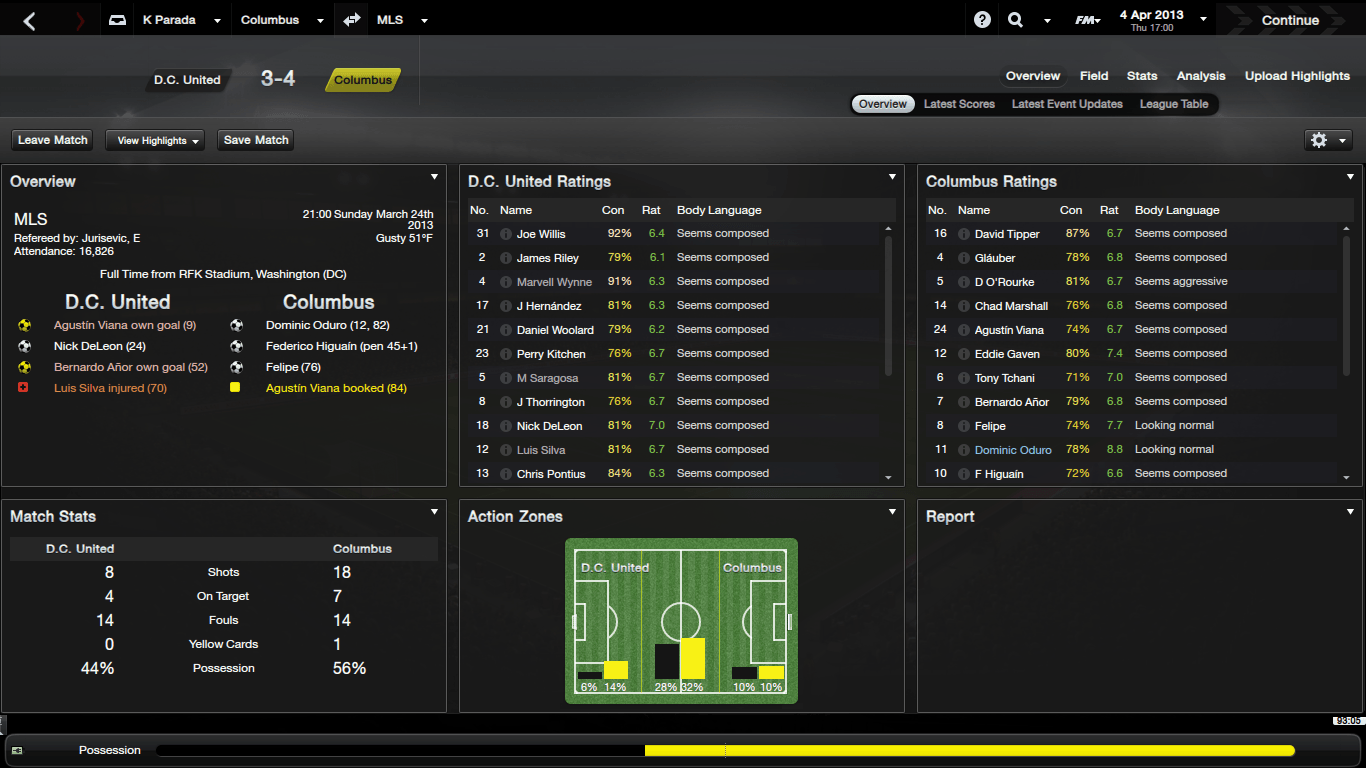 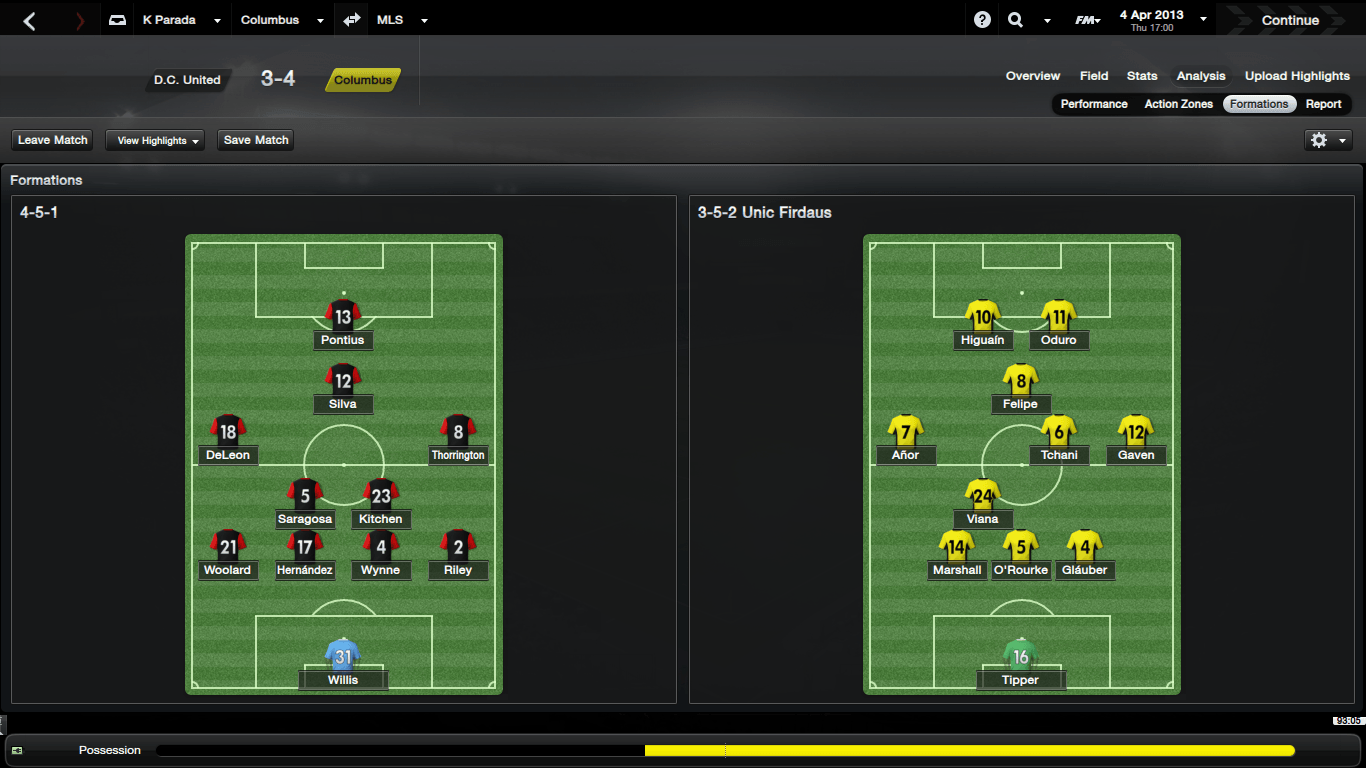 What a game! I decided to try out a new formation this match and we scored 4 goals! They only scored one on their own but we gave out 2 own goals from set pieces. Another win for us! 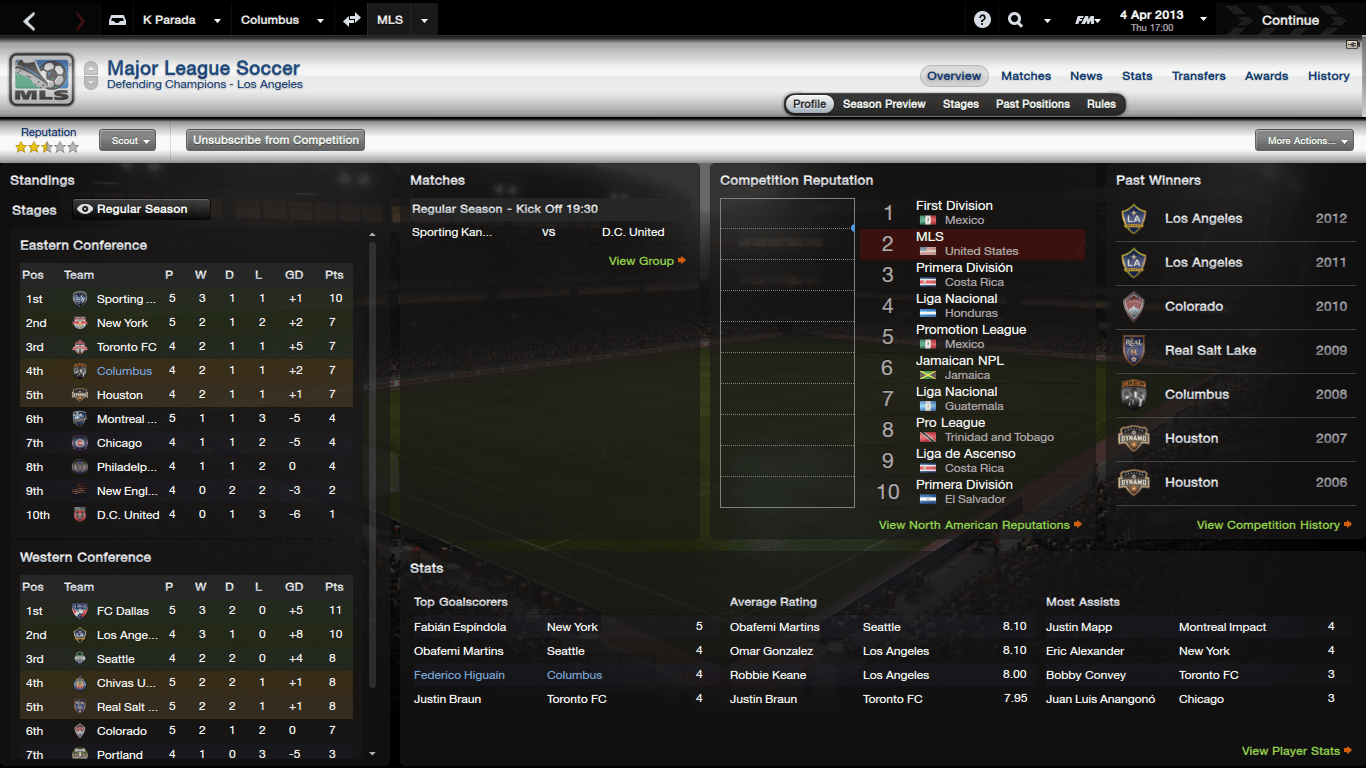 I take being 4th place very good. Considering on how we are supposed to finish mid-table in the league. However i'm not just going to stop at 4th.

He scored 4 goals for us this season and helped us win in all of them. 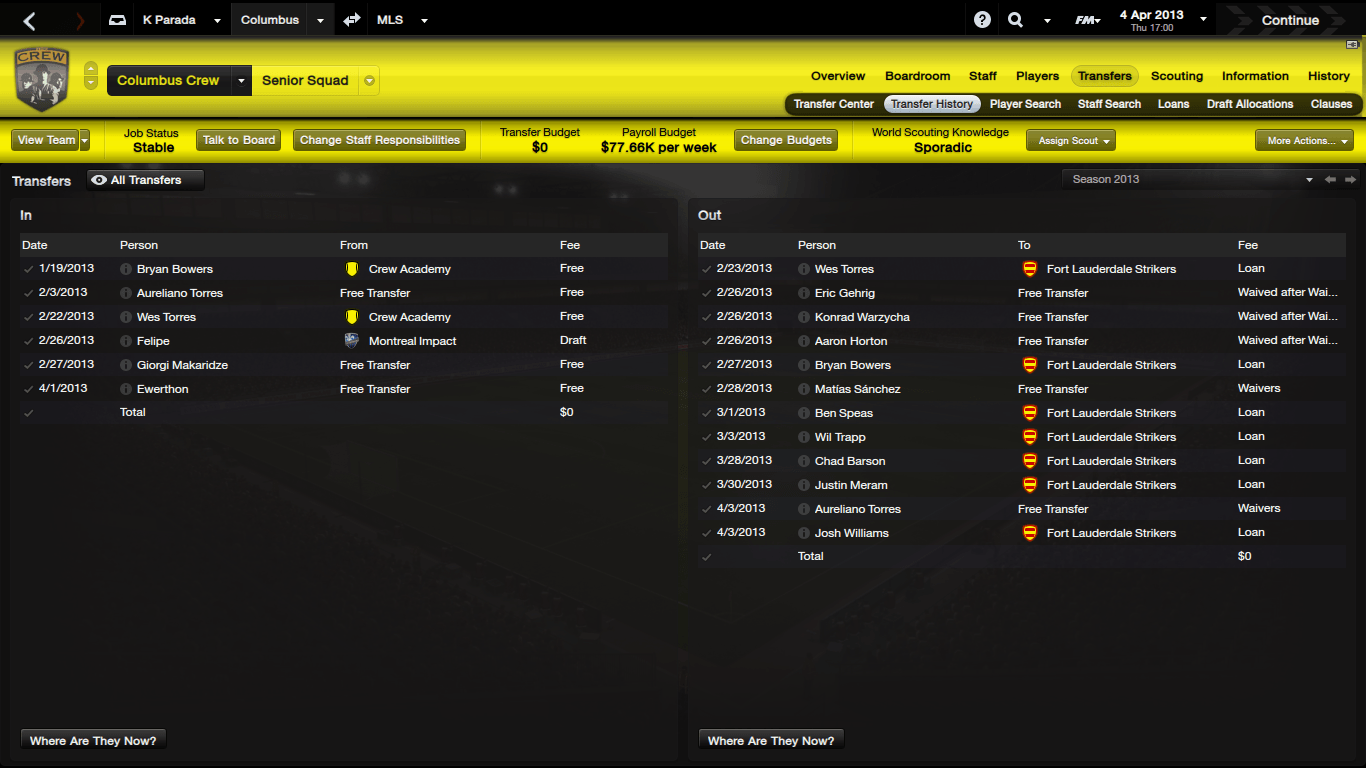 Mostly loans out or waivers. Aureliano Torres just didn't work out for us and he had a hefty wage so I had to waiver him.


If you guys want a Squad Report in the next update comment for it below!
Login to Quote

shylax
9 years
You keep changing your formations each match and don't let your team grow into your tactics. On the other hand, you signed Giorgi Makaridze who is a great MLS-level goalkeeper.
Login to Quote

Neal
9 years
Not a bad start, hopefully you can build on this

and Yep
Login to Quote


You know that one guy that always doesn't like you? When your a manager, a player, there will always be critics as I have experienced recently. 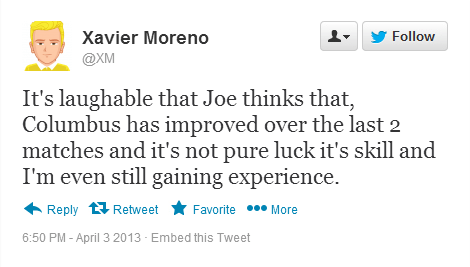 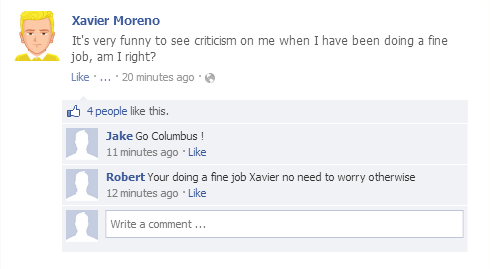 He seems to be challenging Xavier's team strength and teamwork by calling San Jose , DC United low teams and calling Chicago a high team to beat.

Who will succeed in wordplay?
Login to Quote

lross
9 years
I started to support The Crew when I came to the States! heard they had a reputation for being dirty lets hope you can give them a better name haha! looking good so far !
Login to Quote

Neal
9 years
Chicago are indeed a big team, can't wait for them to whoop you guys