Aaron
9 years
Some good reults there mate and whatta regen!:D
Login to Quote

k1rups
9 years
Very nicely done so far mate and that regen is class! Keep working I'm liking this a lot
Login to Quote

Orichieva
9 years
I really like the story you have here buddy. Good lay out and quite the original touch with the social media. Good idea in bad guy "Joe". You seem to be doing a great job so far, and Fede Higuian looks like he is doing real business in the hole. I remember Eddie Gaven from FM's previous. Eddie, Freddy Adu and some other American kid from Real Salt Lake were quite decent signings years back. Good luck with the rest of the season. You seemed to have plugged the hole in the defense pretty well.
Login to Quote

Couragesand
9 years
the next update will have A different style. To see if the audience likes it better or not.
Login to Quote


I am going to try a new style to see which the audience likes better. 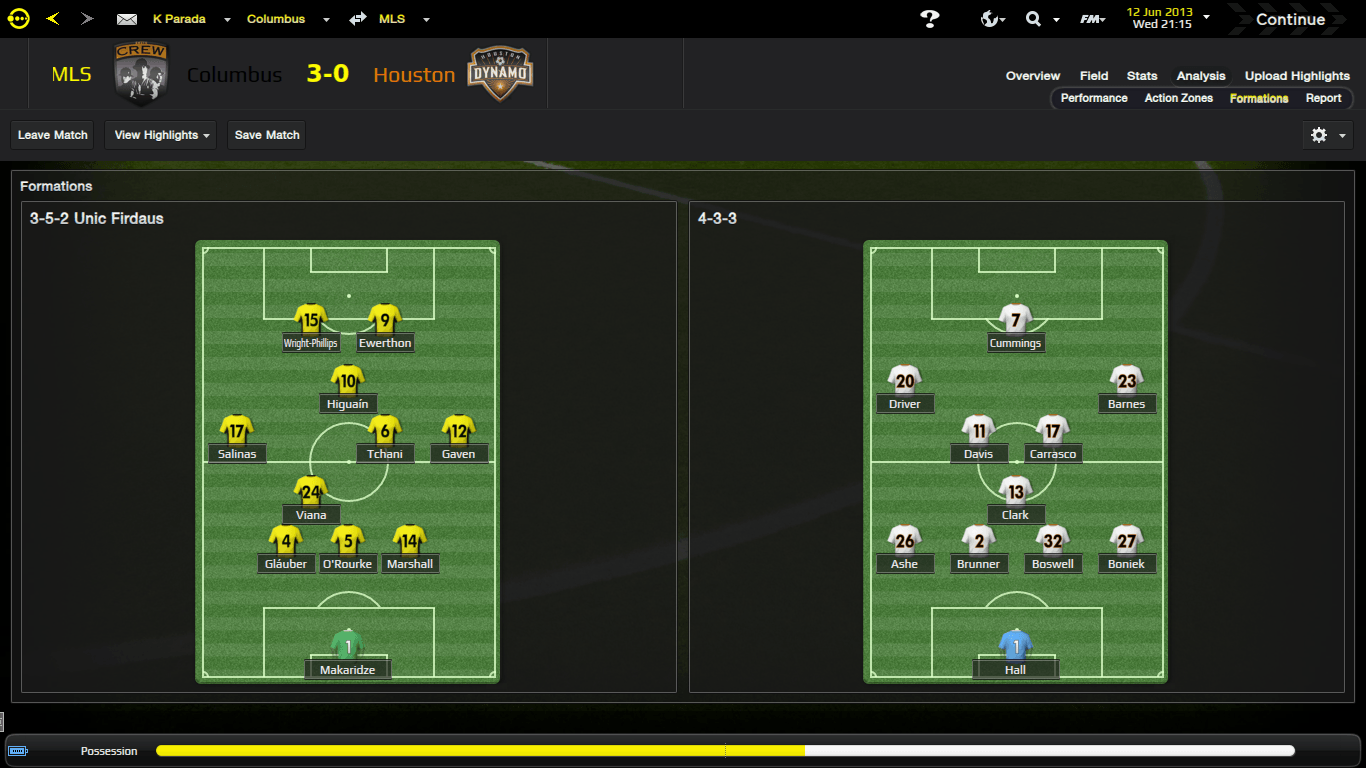 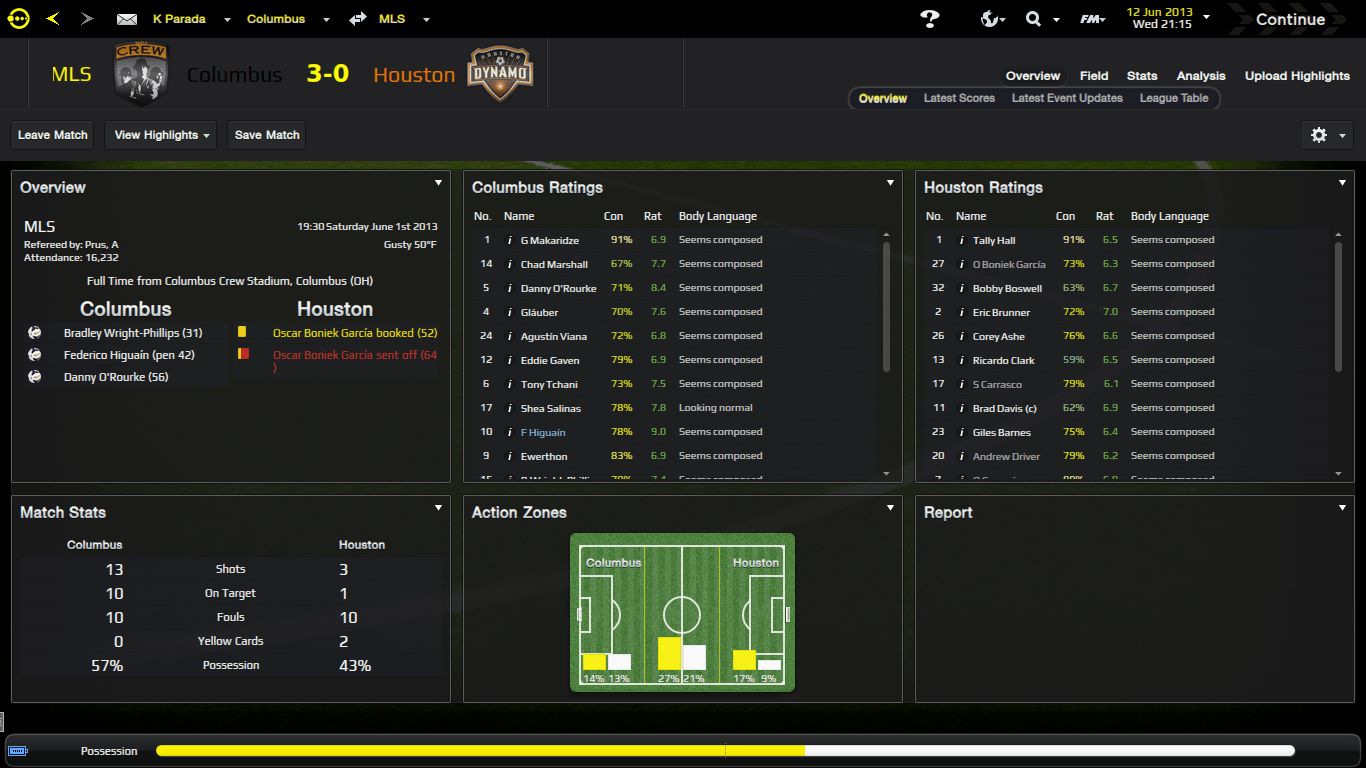 We shut Houston Dynamo out, they got a Boniek Garcia sent off. We had a penalty which Higuain scored, who is once again the man of the match. 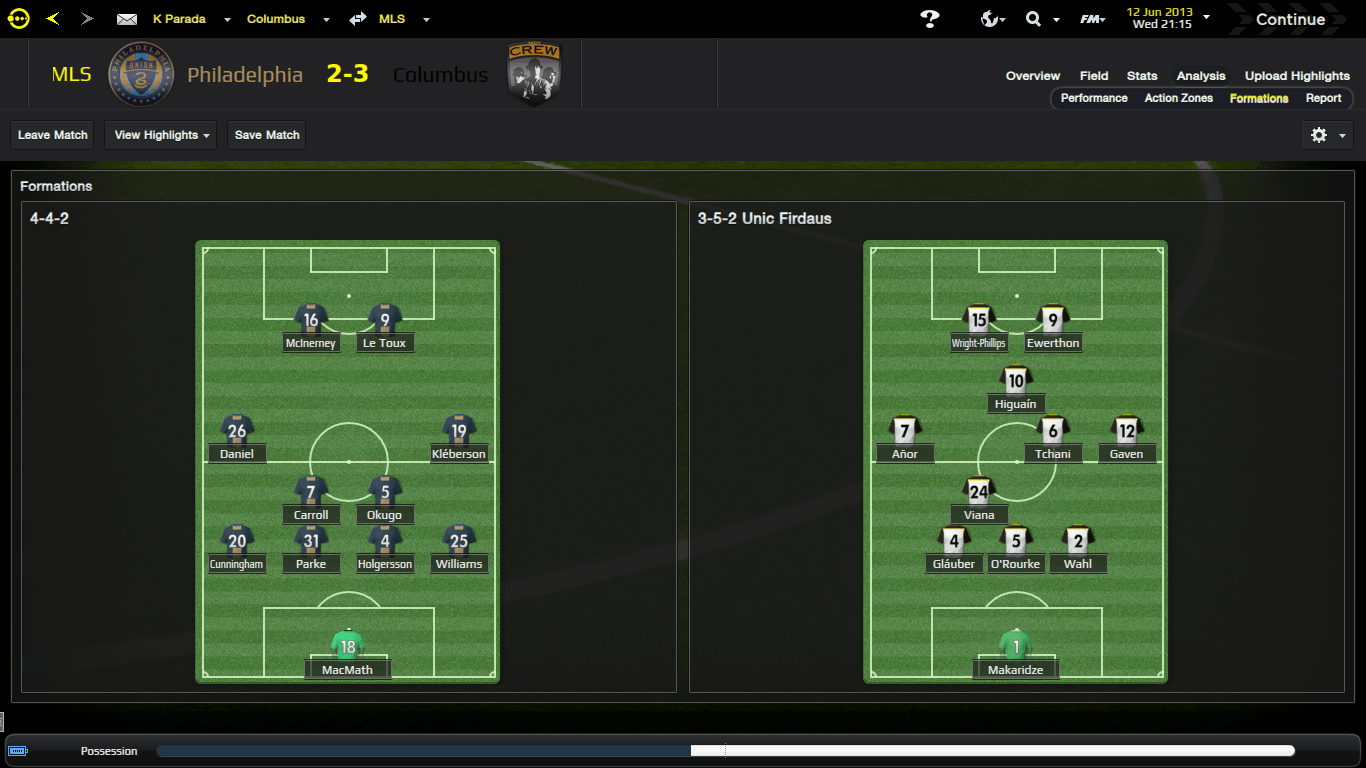 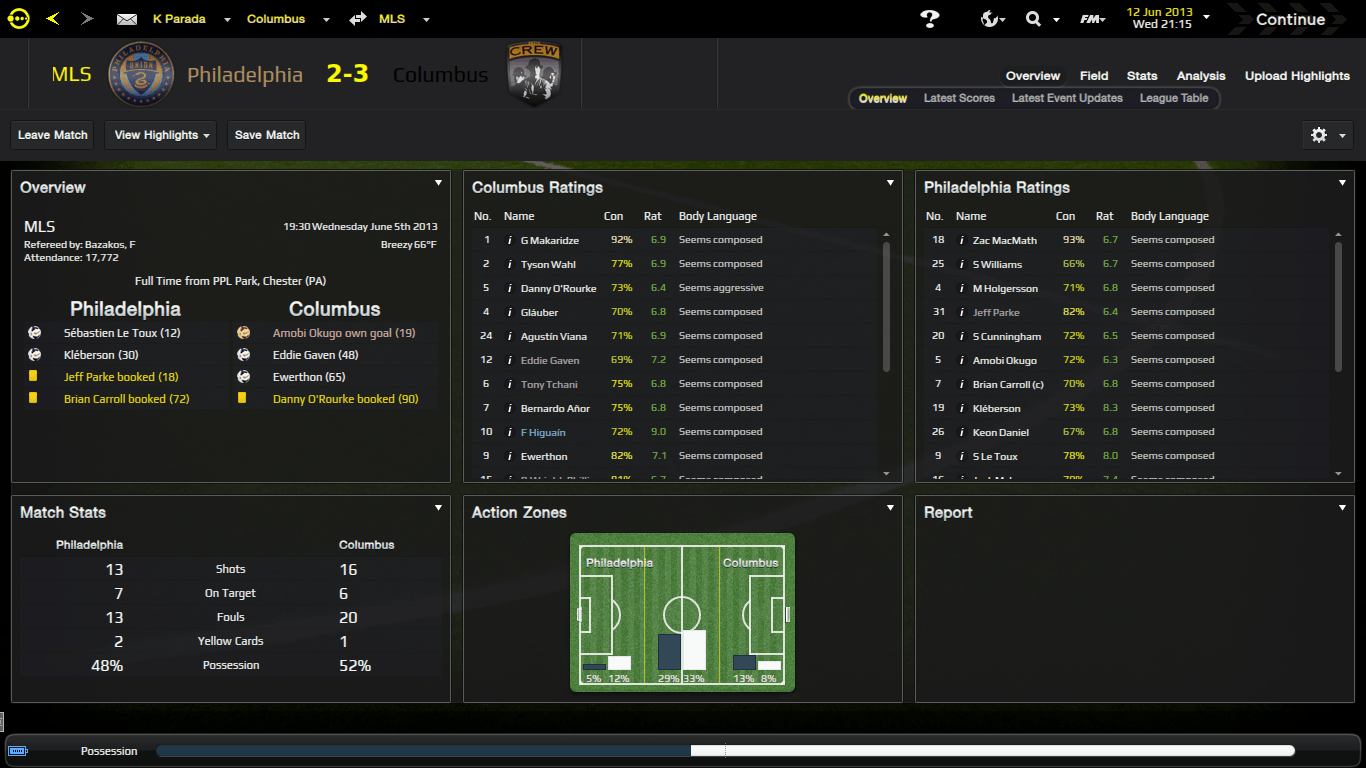 Union scored first with Le Toux, on a corner Okugo scored a own goal by Higuain "assisting" him. 33 year old Brazilian Kleberson then scores a magnificent long shot on Giorgi to make it 2-1. Then, what a suprise Gaven scores a goal for us to equalise. In the 65th minute Ewerton scored what proved to be the winner, then Rourke would get a yellow in the 90th. We did 20 fouls on the Union but only 1 yellow card, that is a very great tackling team there, even if we did concede twice.


That was his final match, final goal for Columbus Crew. Eddie Gaven has moved to AZ. 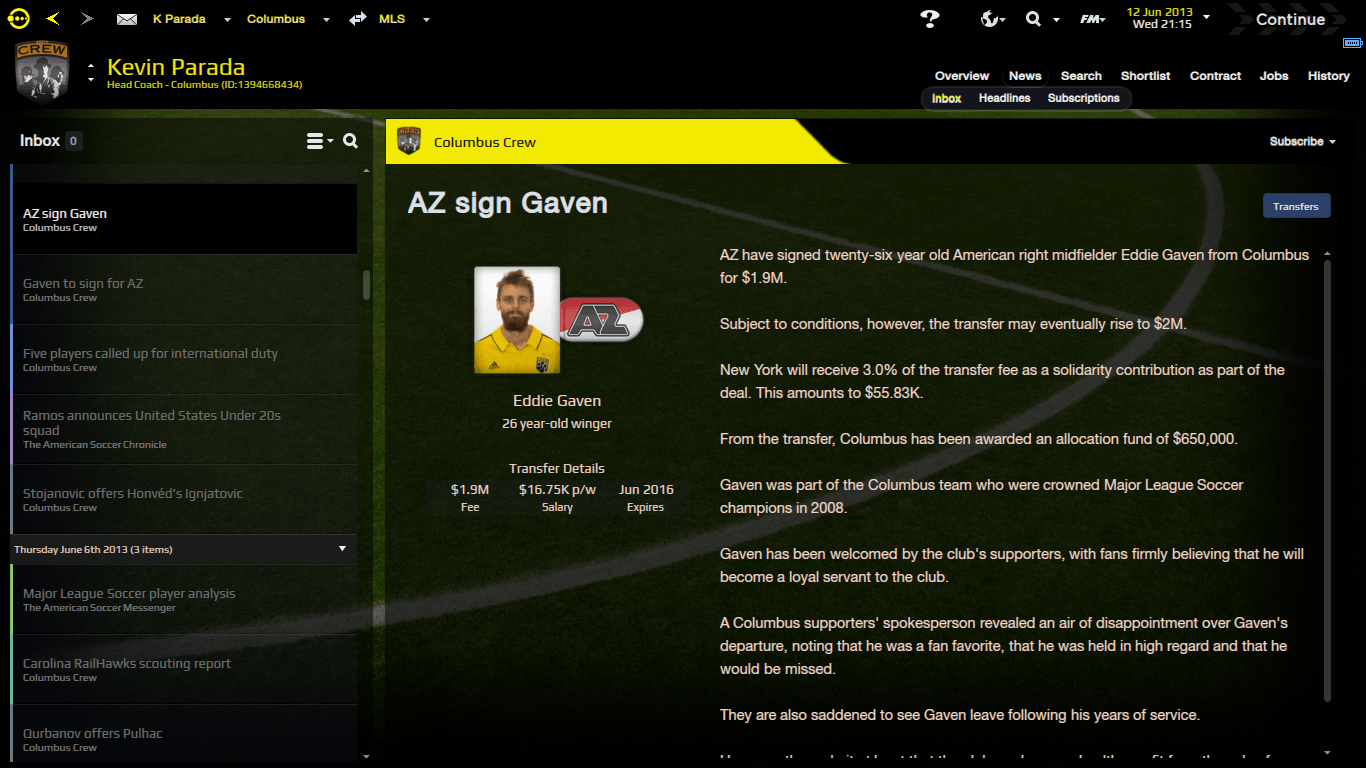 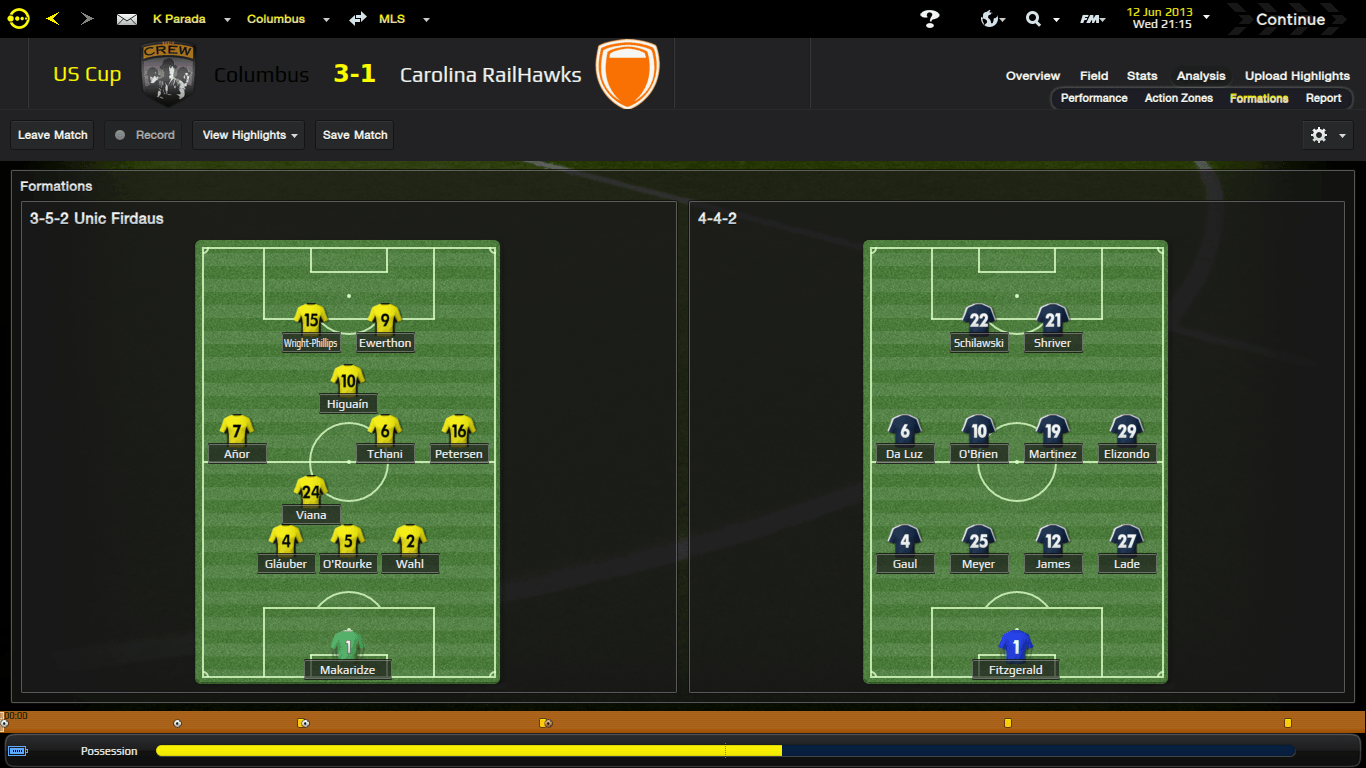 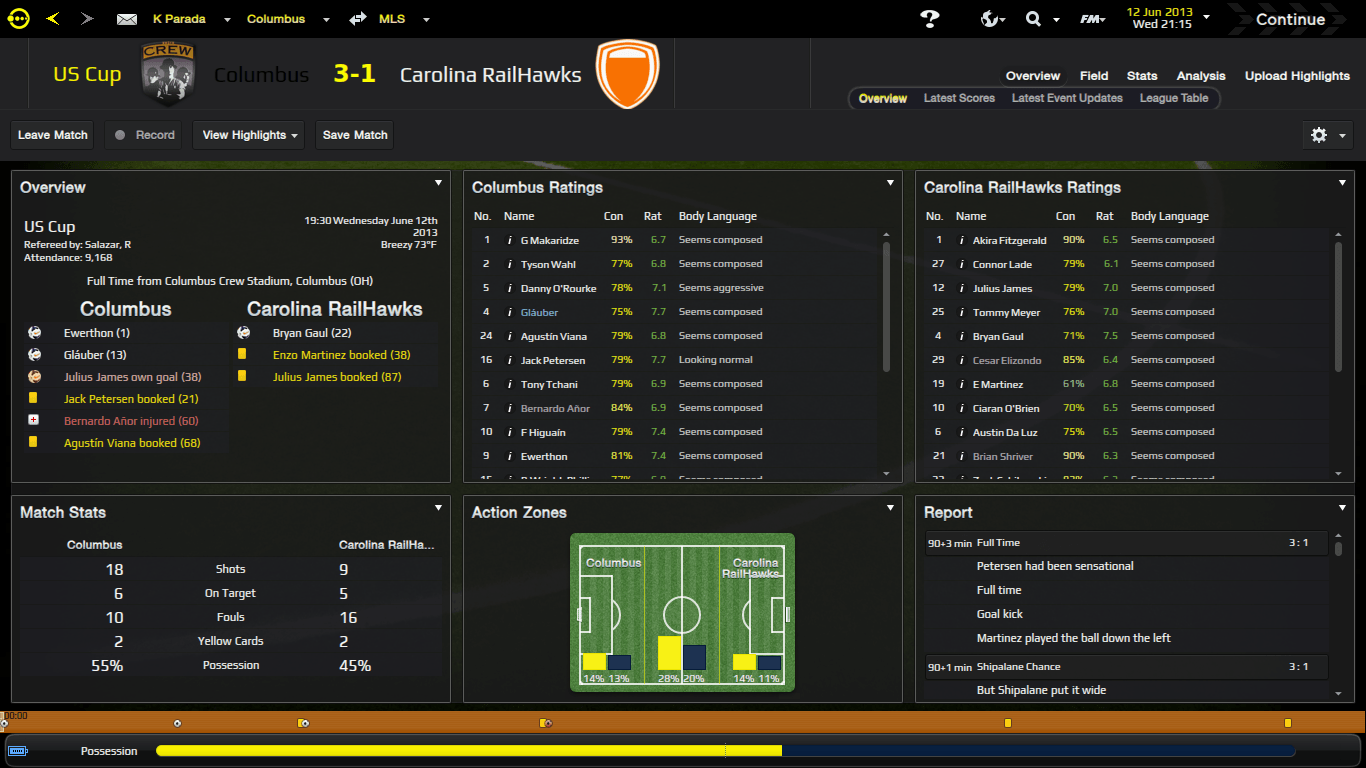 We won again the U.S Cup. Ewerthon scores stunningly under the 1st minute, then Glauber scores to make it 2-0, then Bryan Gaul scores on us for 2-1, the last goal was a own goal by Julius Jam es to make it 3-1. In the 60th minute Anor gets taken off the field and replace by Shea Salinas. 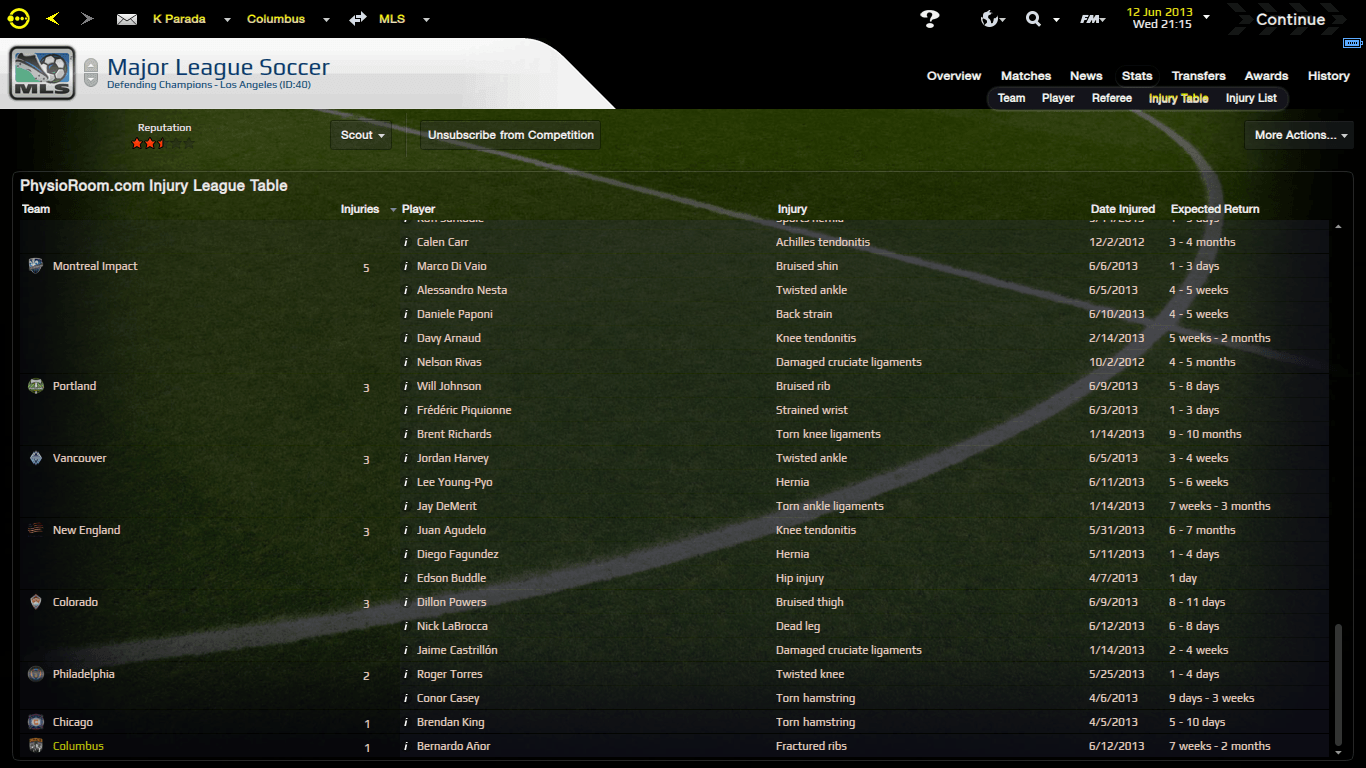 It turns out we lost him for 7 weeks to 2 MONTHS. We are definitely going to need some wingers to replace Gaven and Anor, because our starters now for ML is Shea Salinas and MR Jack Petersen.. 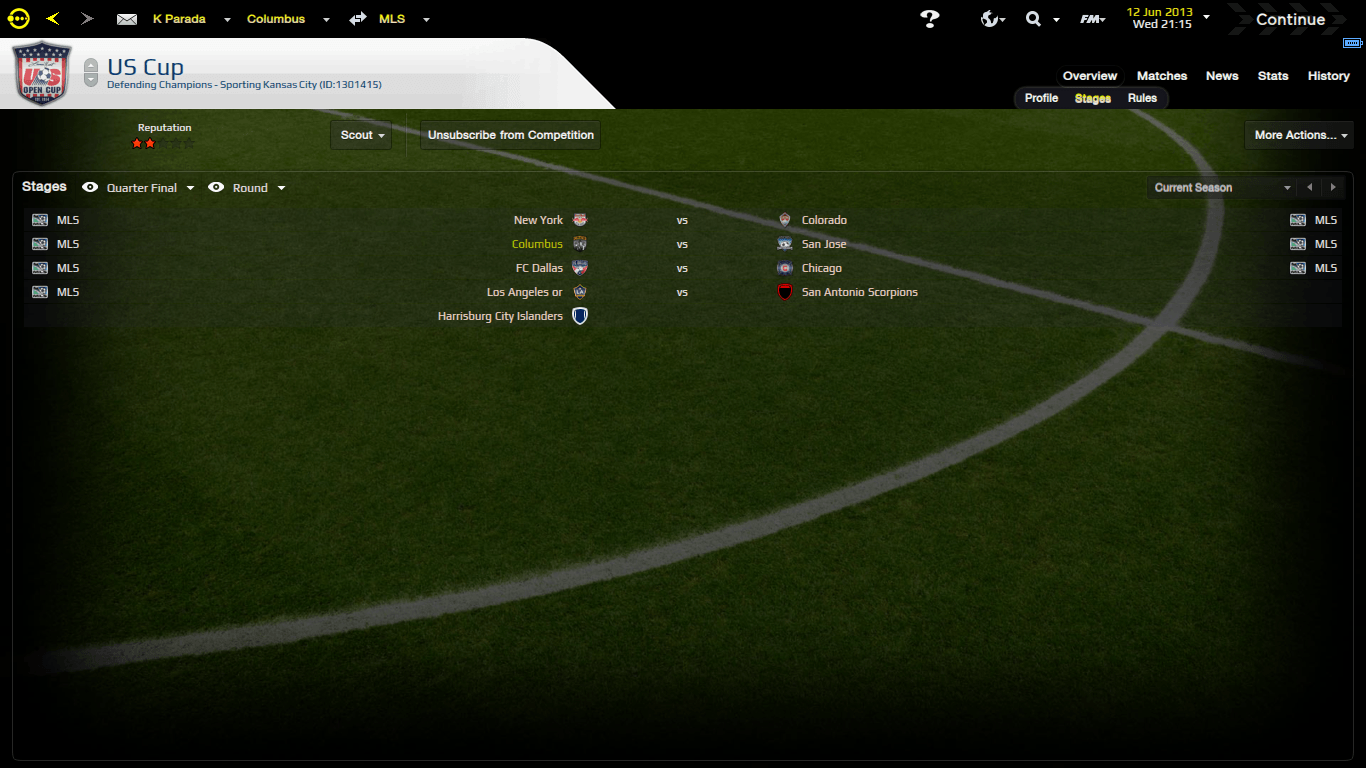 We are drawn as the home team vs San Jose Earthquakes, who beat Chivas USA away 4-3 in extra time. This is the first draw I have against a MLS team.

A look at Academy 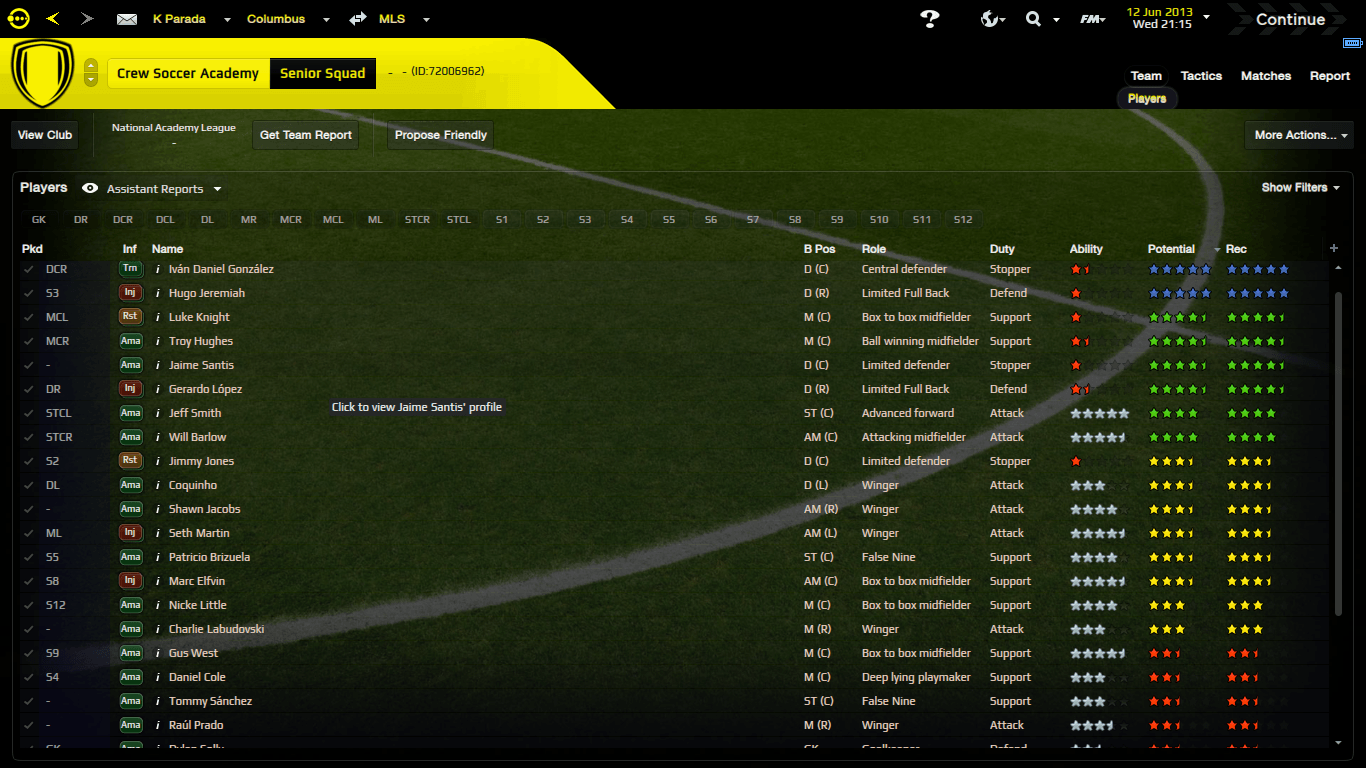 
I wish Gaven luck. I am going to need wingers. What do you think?
Login to Quote

shylax
9 years
I hate selling players outside of MLS, they're so greedy with the transfer fees. I prefer trading within MLS for draft picks or international player slots. Being able to increase your salary cap will help, though.
Login to Quote

BaggiesJames
9 years
Great results mate:) I haven't seen many stories in the MLS so this an interesting one, keep up the good work:)
Login to Quote

Nick
9 years
Some really good results there, keep it up!!
Login to Quote

MJK46
9 years
Crew Academy looks promising. Better train the hell out of them.
Login to Quote

wrexthedragon
9 years
Impressive work, keep it going! Liking the look of the Academy.
Login to Quote