24 October 2013 - Crystal Palace find themselves bottom of the table, exactly where the media predicted them to be. Having only drawn 3 games, they are 6 points away from safety and looking like the Championship team that was extremely lucky to win promotion.

Ian Holloway has stepped back from his role and resigned, stating he tried to change too much too quickly. Here we have a clip from his chat to Sky Sports News.

With Ian on his way, betting companies all over the country have listed Tony Pulis as the favourite at 1/12. Former favourite Dan Petrescu, who was once at 1/16, apparently rejected the club’s terms and is now firmly remaining at Dinamo Moscow. The club are giving temporary rains over to Keith Millen, who has said he does not feel as though he will take the job on full time. However, reports have emerged that Steve Parish is willing to give Keith the opportunity if he impresses over the next couple of weeks. There will be no rush to pick a new manager, with the club needing the right man to secure Premier League football for another year and avoid the drama of their relegation in 2005.

Tony Pulis has been unemployed since leaving Stoke City and is rumoured to be Holloway’s “best mate”. However, it remains to be seen whether Palace chairman Steve Parish will want to employ a man who is known for using long ball tactics and having a physical style of play. On the other hand, it worked so well for Stoke that they ended up in the Europa League and this could just be what Crystal Palace need to get back up the table. Holloway has left a squad that is severely lacking confidence and belief. The job it seems will be a major challenge to whoever takes over and it is unlikely to be announced any time soon.
Login to Quote 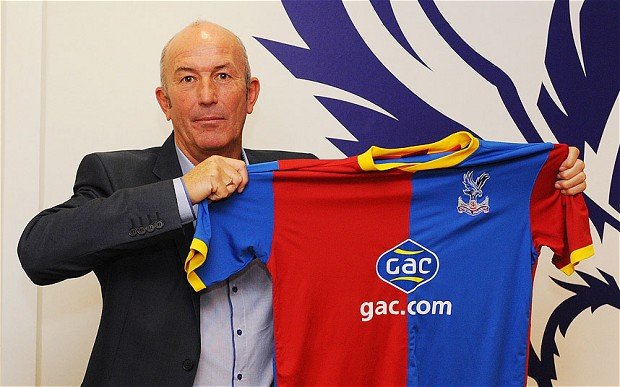 JR: Steve you sit here now with the new manager after almost a month of Keith Millen in charge. He had a few good games and even got a win but you chose not to give him the job. What’s your thinking behind that and why do you feel Tony is the right man going forward?

SP: Keith did a fantastic job but he actually came to me to explain he wasn’t completely comfortable as the manager and wanted to take a step back. Tony’s record speaks for itself. He got Stoke in to the Europa League and I think his mentality and man management is second to none and he could really make the difference we need this season. After 11 games we’re rock bottom and that has to change. Tony is the right man.

JR: Tony, that’s a lot of backing from the Chairman. What are your thoughts on taking over?

TP: I appreciate the backing. We had our second meeting on Tuesday last week and I outlined my vision for the club as well as what I want to achieve short term. The board were very impressed and I feel like the backing is a vindication of the direction I want the club to take. The money is there, the support is there and now it’s a matter of getting confidence up and making a difference on the pitch. There is definitely some great talent in this squad and I wouldn’t have taken over if I didn’t feel it wasn’t a worthwhile project.

JR: Steve, can you give a bit of insight in to what Tony demanded?

SP: Well without giving too much away, there were very positive discussions and agreements made. We have worked out a salary that reflects the club’s league stature and if relegated, Tony is aware of what will happen. He will not get sacked but simply a reduced salary. The parachute payments that may arrive will be pumped back in to the club to strengthen and push for automatic promotion straight away.

JR: Tony, the club has just lost against Liverpool and Manchester City. You take charge on a day there is a match against Fulham who are in 17th. Can you take advantage of being the new boss and get a win against fellow strugglers?

TP: The losses against Liverpool and City were narrow, just 2-1 and that shows the fight these boys have. Fulham have been poor and we know they are there for the taking if we can rally tonight and have a good game.

JR: You missed out on the transfer window but January is a month away. Do you have any ideas as to the areas you will strengthen in? Are you going to sell any players?

TP: Having just taken over it would be unfair to comment on what areas we want to strengthen in. These boys all deserve a chance to show me they have the ability and heart to fight. There were a couple of transfer listed players before I joined and I need to have a sit down with them and sort it out. But I think you can expect one or two signings in January, even if it’s a loan deal to secure the club’s future in the Premier League.

SP: Gentlemen, thank you for coming but as you know we have Fulham tonight and Tony has to get on with his job. We’ll speak to you all very soon and hopefully things will be going a lot more positively then!
Login to Quote

Seni
9 years
Tony Pulis = Rugby !!!!!! Haha interesting to see how you do with him
1
Login to Quote

mission001
9 years
Hope you stick with this one,
The last two were great

TylerK
9 years
The manager should of been Chris Eagles!
Login to Quote

You are reading "Crystal Palace - The Eagles Have Landed".