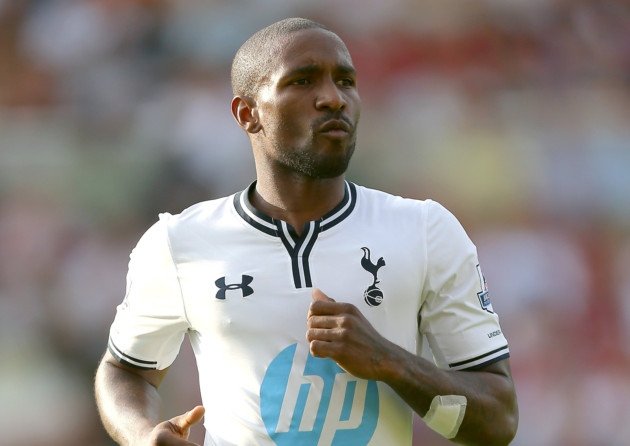 Jermain Defoe has signed for newly promoted AS Monaco for a deal worth £4.8 million from Tottenham Hotspur.

Defoe departs after his second spell with Spurs to join the likes of James Rodriguez and Radamel Falcao at Monaco on a mega four year deal.

The 31 year old had been linked with moves to the United States as well as former club, West Ham United, but opted for live in the Principality.

Defoe played a total of 272 league games for Spurs throughout both spells at White Hart Lane, scoring an impressive sum of 90 league goals.
Login to Quote 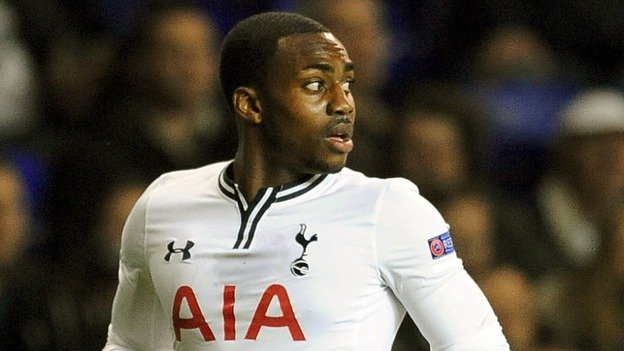 Paris Saint-Germain have had an offer of £15 million accepted by Tottenham Hotspur for Danny Rose, Sky sources can confirm.

The French champions have had two enquiries rejected already this season but have finally come to an agreement with Spurs following their signing of Fabio Coentrao from Real Madrid.

Laurent Blanc has previously expressed his admiration for the England Under-21 international and sees the Englishman as a direct replacement for the departing full back, Maxwell.

The signing of Coentrao suggests that Rose has edged closer to the exit door at White Hart Lane after witnessing his compatriot, Jermain Defoe, also head for France.

Rose and his representatives will now head for the French capital later this week to discuss personal terms, with a deal set to be completed this weekend.

The Englishman has only made one league appearance for Tottenham in which he scored versus Arsenal but impressed during his loan spell at Sunderland last season, playing 27 times.
Login to Quote

JasonRM
9 years
What a deal!

RACE FOR GRIEZMANN HOTS UP 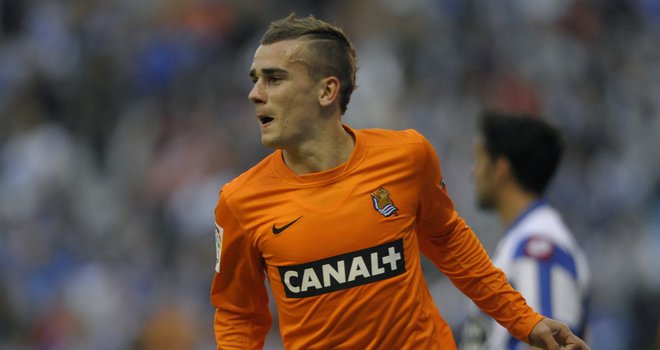 Arsenal have had a £20 million for Real Sociedad’s Antoine Griezmann accepted as Tottenham Hotspur prepare a bid of their own.

Griezmann has been closely followed by the two sides and Real Sociedad has declared that the French winger will move if his valuation is met.

‘The Gunners’ have now had a £20 million bid accepted but are not the only team interested in Griezmann.

Tottenham are known to have sent scouts on three separate occasions to watch Griezmann play in friendlies as they prepare a bid to rival Arsenal.

Griezmann was one the main reasons behind Real Sociedad’s qualification for the UEFA Champions’ League last season, contributing to ten goals in 34 La Liga appearances.
Login to Quote

MJK46
9 years
Good luck trying to sign him. He will do wonders if signed.
Login to Quote

kubik
9 years
Good move with Coentrao and Rose. Griezmann is also nice addition to the squad. I'm not sure you've done right with Harry Kane. He got some really nice potential 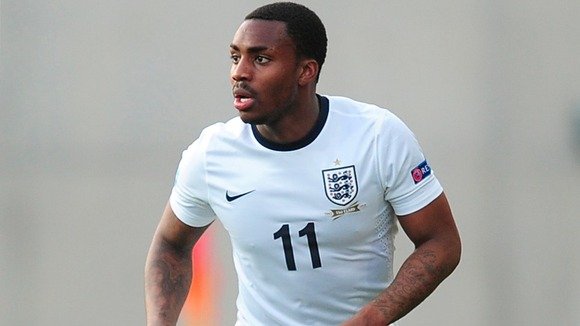 Danny Rose has rejected a contract offer from Paris Saint-Germain in order to fight for his place at Tottenham Hotspur.

Spurs had accepted an offer of £15 million for the highly rated full back but Rose has refused to move in order to stay at White Hart Lane.

Rose was thought to be set on leaving upon Fabio Coentrao’s arrival from Real Madrid but has instead insisted on trying to tie down a spot in Paddy’s starting 11.

“I feel I have a lot to offer here at Spurs and I would rather fight for a place than run to a league I’m not too keen on moving to.

“I welcome the competition of Coentrao and I feel that ultimately, I can become a better player competing with somebody like him instead of running away.”
Login to Quote

GRIEZMANN ON THE VERGE OF ARSENAL MOVE 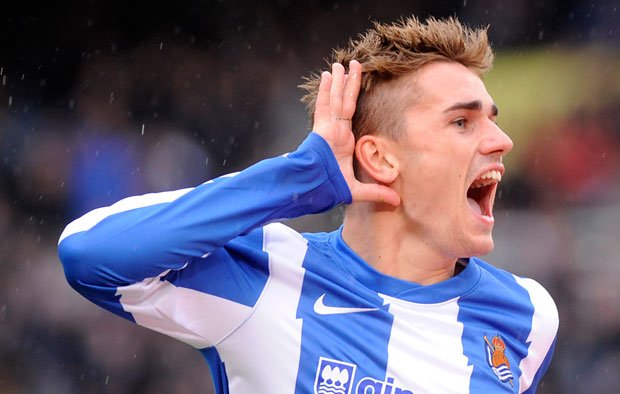 Arsenal are close to securing the signing of Real Sociedad’s Antoine Griezmann despite the interest from Tottenham Hotspur according to his agent.

Real Sociedad have already accepted an offer from Arsenal worth £20 million for Griezmann with Spurs still negotiating.

Griezmann’s agent has however stated that talks with Arsenal have been “very positive” and that a deal could be finalised very soon.

“We are meeting with Arsenal officials later this week to try and close a deal. As far as I know, Sociedad are still in talks with other clubs but I believe this deal can be concluded soon.

“A medical has been scheduled I believe ready for our journey to London and we hope to have some more developments soon.”

Tottenham remain keen on signing the winger but may have to wait until the possible sale of Emmanuel Adebayor before opening talks with Griezmann after rumours that a deal between them and Sociedad is also close.
Login to Quote

Walter
9 years
I bet you secretly want him there

engheema
9 years
Enjoying this! I like the twist of being an Arsenal and Arsene fan. Just make sure not to sign all the young players

Jer
9 years
15m for Rose is a lot! You should tell the fucker to accept it! Nice fee on Dafoe 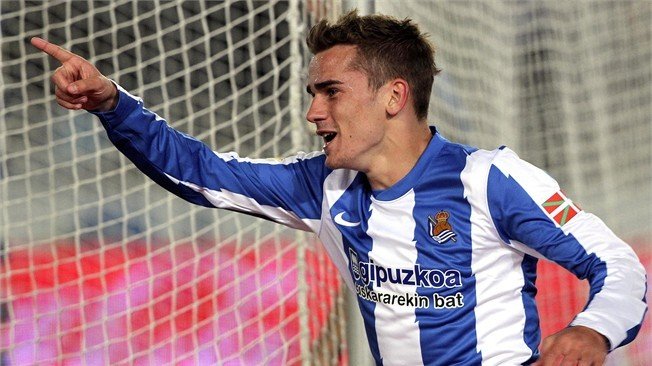 Tottenham Hotspur has completed the sensational signing of Antoine Griezman for a fee of £20 million from Real Sociedad.

Griezmann had been targeted by both Spurs and Arsenal before travelling to London to secure a deal with ‘the Gunners’.

After being set to sign for Arsenal, Griezmann diverted his journey to White Hart Lane upon the news of a bid from Spurs in order to discuss personal terms.

Both Griezmann and his agent are yet to reveal why they chose Spurs over Arsenal to become Paddy’s second signing this summer.
Login to Quote 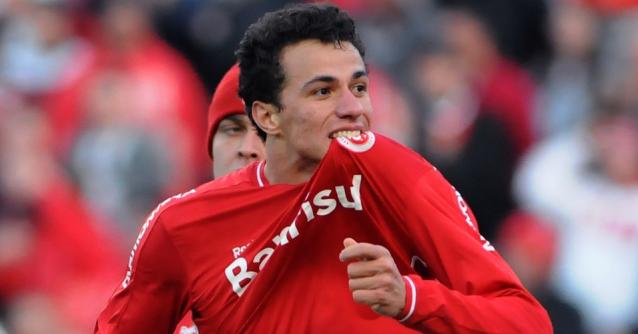 Tottenham Hotspur has been given permission by Internacional to speak to forward Leandro Damiao ahead of a move.

Spurs are yet to agree a deal but have been allowed to negotiate with Damiao before commencing talks with the club.

In a move pioneered by Tottenham’s director of sport, Franco Baldini, talks are set to begin this week with a view for completion late into the following week.

Tottenham have been chasing Damiao for the past two seasons but at last it seems a breakthrough in the deal has emerged.

Spurs aren’t the only team after the Brazilian striker, with Arsenal reportedly preparing a £10.5 million bid after rivalling their neighbours for the signing of Real Sociedad’s Antoine Griezmann.

The renewed interest in Damiao could signal the departure of Emmanuel Adebayor after the Spurs boss, Paddy, admitted he was keen to offload the former Arsenal man. 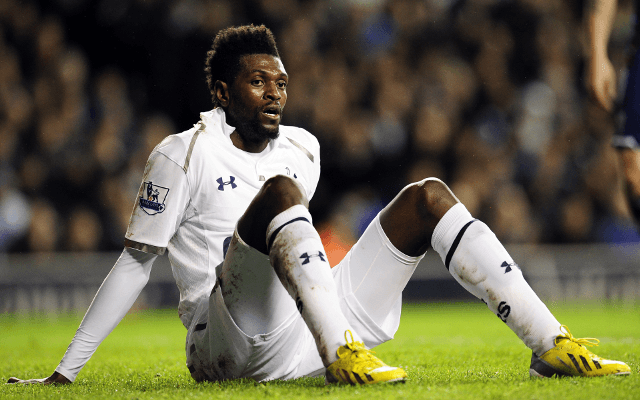 Adebayor’s exit has been somewhat confirmed and the only matter left the determine is to whom, with Benfica, West Ham United and Atletico Madrid all rumoured to be interested.

However, the Togolese’s wages could prove to be a sticky patch for all interested in signing him, Benfica being the only team willing to take Adebayor on loan.

The 29 year old is reportedly available for a cut price deal of £2 million but initially is requesting a wage packet in excess of the £100,000 a week he currently earns at Spurs.
Login to Quote