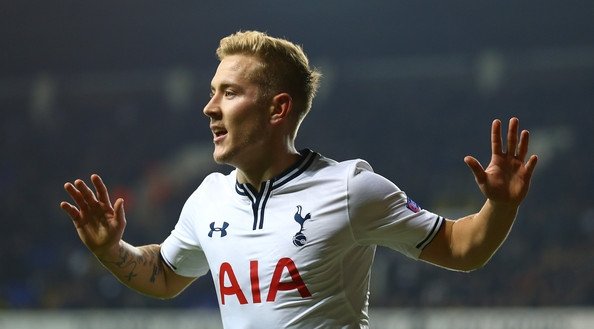 Tottenham Hotspur midfielder Lewis Holtby has completed his move to Serie A champions Juventus for a fee of £3.4 million.

The German seals a switch to Italy having played a small quantity of 14 games for Spurs’ which led to him becoming unsettled with life in north London.

Holtby has, however, declared he is keen to forget his time at Spurs and focus on what the future has to hold in Turin.

“Tottenham wasn’t a great moment for me and it’s not really something I want to ever dwell on for the sake of my career.

“I know Tottenham have great midfield options, so with that comes limited playing time. I’d rather not reflect on the past and instead would like to look forward to playing for Juve.”

Holtby has expressed his delight at signing for Juventus and has stated that he is keen to show the world what he can do.

“I couldn’t be happier to sit here today representing Juventus. We’re talking about one of the most iconic clubs in the world and I’m very fortunate to have been given the opportunity to pull on this shirt.

“I’m excited about the whole experience and I’m desperate to show you all what I can do. It’s an exciting time to be connected with Juve and I cannot wait for the season to begin.”
Login to Quote

Hopefully he will do well for the Juve!
1
Login to Quote 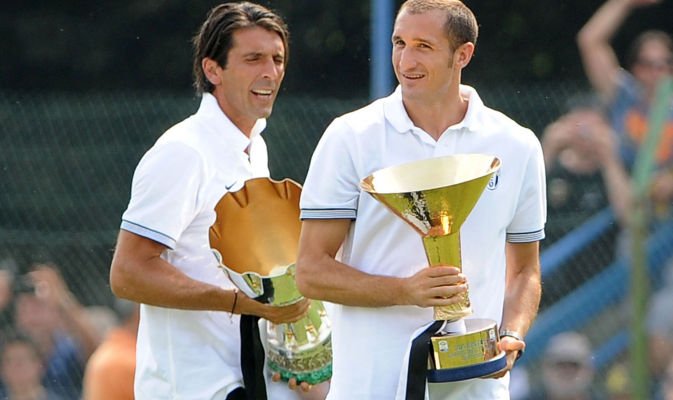 The news comes at a time where the likes of Buffon may have been set for an exit after Conte revealed his plans to overhaul his Juve squad.

Buffon now seems to be part of Conte’s plans after the skipper signed a new two year deal that will keep him at the club until 2016.

The 36 year old, who is on £100,000 a week, will have the opportunity to renew his contract after he appears 20 times in his final season.

Juventus’ vice-captain Chiellini seals a new four year deal until 2018 after being named the Juventus Fans’ Player of the Year for the 2013/2014 season.

Chiellini’s contract was set to expire next summer but his new deal is likely to keep him in Turin until he’s 33 years of age.

Another who will be extending his stay is the versatile Ghanaian midfielder Asamoah, who pens a new deal until 2019.

The 25-year-old’s contract was only due to expire in 2017 but his new contract will serve as a reward for his fine performances last season, with Asamoah expected to earn around the £82,000 a week mark.
Login to Quote

Walter
8 years
Some great deals so far. Do you play like Conte irl or do you have your own preferred formation?
Login to Quote

Verdinho
8 years
Walter - A bit of both 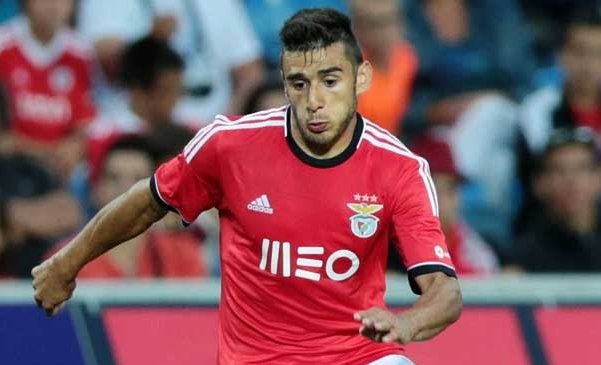 Juventus are hot favourites to sign Eduardo Salvio after debt-ridden Benfica accepted a bid of £7.75 million.

Juventus are hot on the trail of highly-rated Argentine winger who also has an array of European clubs after him.

Salvio has been linked with Inter Milan, Arsenal and Manchester United in recent weeks, with David Moyes said to be keen to add the 24-year-old to his squad to bolster United's lightweight midfield.

But Portuguese newspaper A Bola reports that Moyes looks set to miss out on another target, with Juve now front-runners for Salvio’s signature.

Salvio has become a mainstay for Benfica manager Jorge Jesus despite an injury early on in the 2013/2014 season, playing 29 times and scoring five goals.

The Argentinian international is likely to leave Benfica as the Lisbon giants look to ease their escalating debt at a time where both Ezequiel Garay and Rodrigo could also leave the club.
Login to Quote

Slid3Tackle
8 years
This will be a very good signing! I am looking to loan him too!

MJK46
8 years
Great signing. Also I like that Holtby deal.
1
Login to Quote

No1VillaFan
8 years
i like taking advantage of teams in debt 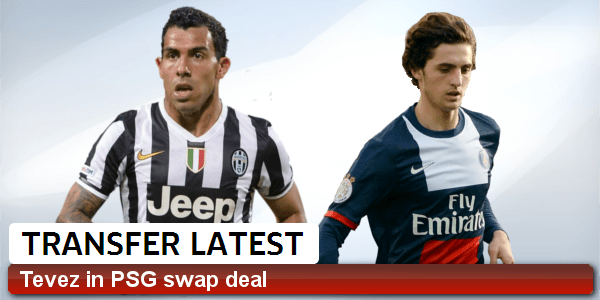 Juventus misfit Carlos Tevez has made a sensational switch to Paris Saint-Germain for a fee of £7 million.

The 30-year-old joins PSG after spending just one season at Juventus, signing a four year deal on £140,000 a week.

The agreement will see 19-year-old Adrien Rabiot join Juventus on a swap deal plus cash transfer after entering the final year of his contract at PSG.

Tevez had been linked with a move away from Juve ever since the news broke out that he skipped Juve’s parade of the Serie A title back in May.

The former Manchester City man is no stranger to controversy, having had public disputes with the likes of Gary Neville and Sir Alex Ferguson as well as refusing to come on as a substitute for Man City under Roberto Mancini.

The Argentine now joins a squad filled with attacking options such as Zlatan Ibrahimovic and the free scoring Edinson Cavani.

Signing a four year deal with the Italian giants is central midfielder Rabiot, who saw his playing time at PSG limited with the arrival of Koke from Atletico Madrid last season.

Rabiot played 22 times in his career for PSG as well as gaining 13 appearances when on loan to Toulouse in 2013 and is likely to fill the void left by Olympique de Marseille’s Adrien Silva.
Login to Quote

Slid3Tackle
8 years
This is a great deal! Rabiot is a very talented youngter
1
Login to Quote