It is pretty crap though...

Early Bird Gets The Worm


When I first came to the club, I had a plan set out: out with the old, in with the new.

I wasn't given the biggest of budgets to work with, but I knew if I managed to offload the deadwood and bring in some young, cheap talent that had the potential to develop not only would I end up with a better squad but I could have the chance to make some profits.

Striker was the position I knew didn't need any reinforcing. Nathan Delfouneso, Steven Davies, Ricardo Fuller and Michael Chopra were all Championship quality, and with the added competition in place, hopefully it would drive all of them on to impress me in training.

Midfield we needed maybe one more backup in case of an injury to Barry Ferguson, Isaiah Osbourne, Angel or Neal Bishop. But I'm still pretty certain that right back is our main worry. I'll look to bring in another central defender, but I'd like to be able to sign a right back as Bradley Orr is the only natural option. Kirk Broadfoot can play there but I'd like to have a long term option in that spot.

I switched around most of my transfer money into the wage budget to play this player's wages. His stats are amazing for this level and despite him and Daddy touring England looking for a club (in real life) I intend to keep him.

*Note* I think he was going to get grounded once he got home to Daddy.

I also decided to dig into some of this wage budget by activating clauses in both of Matt Gilks' and Barry Ferguson's contracts, extending them for one more season.

Now it got to the deadwood. Some players were still here from the Holloway reign and some had been brought in by my predecessor, Paul Ince. Nathan Tyson was a player that didn't impress me at all, and I wasn't about to pay 7k a week for a striker with eight finishing - equal to Neal's Chilean regen right back!

I don't think anyone else was impressed, as no one would go for him, even at the most cut price of deals.

What I intended to do was swift through my scout reports, all coming from my new scout team, and raid the best of the free transfer market. I managed to sign up centre back Mark Howard on a free, but my main plan of finding a good right back was thwarted as my physios reported back he was injured for a couple of months.

I also attended an England trial game, where some release youngsters put their skills on show. I was impressed by three of them, and subsequently snapped them up. None of them were potential world beaters, but they were cheap, they could beef up our youth squad, and I could sell them on in the future. 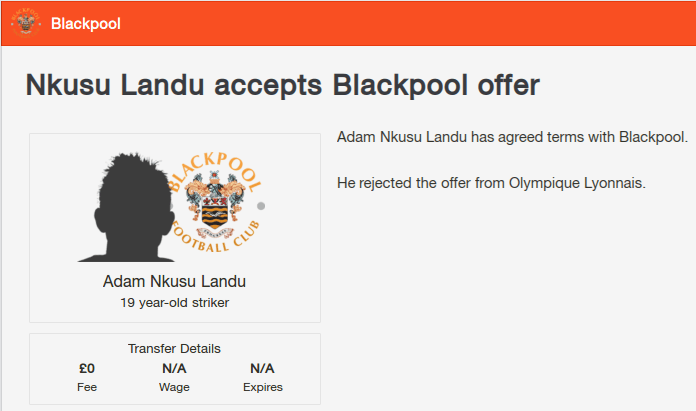 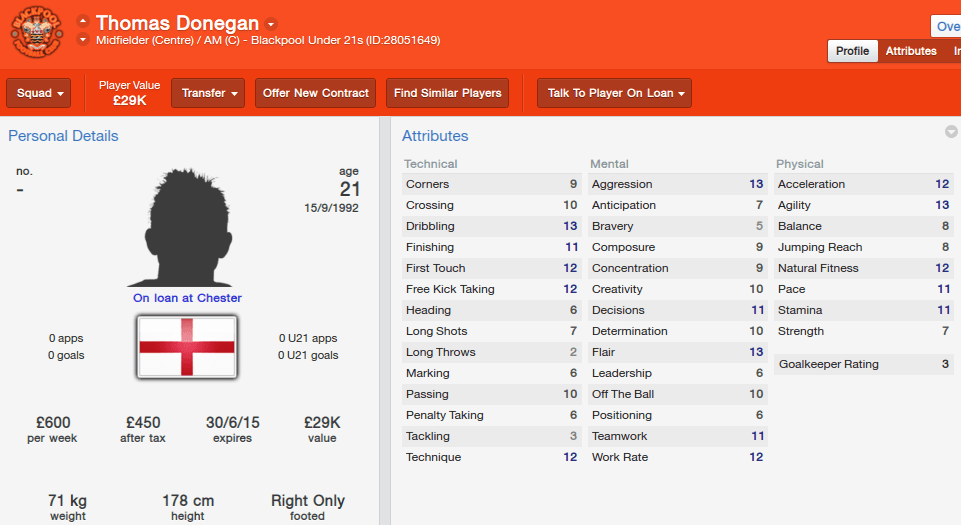 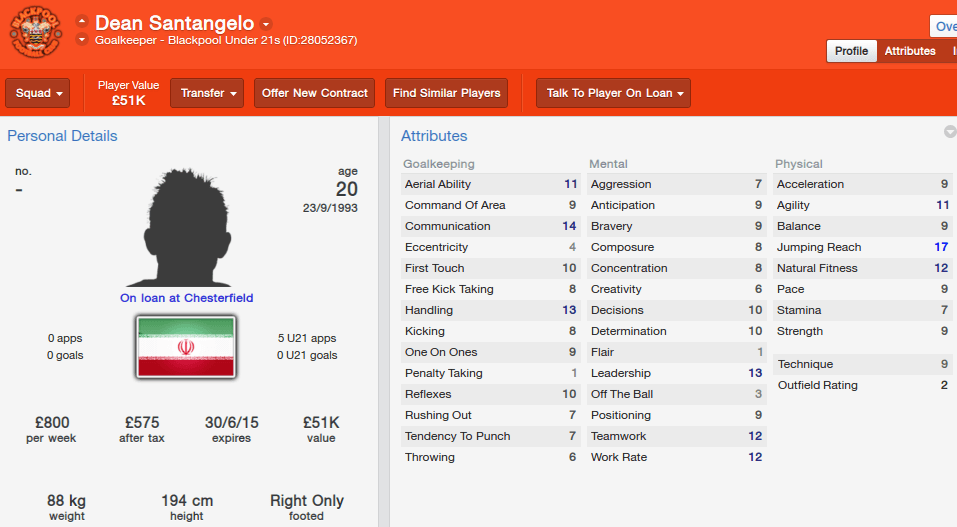 Coming Up Next...
Preseason
Login to Quote

Slid3Tackle
6 years
As always, very good writing skills. How can you noot follow a story like this?! Nice youth prospects there mate!
1
Login to Quote

Jason It's so bad though

Krupesh Such a great one, isn't it? Fits the team so well, too. Thanks mate.

AAN Thanks mate, they are decent, more for the profit if anything

Blackpool Does France ... And Nottingham

Preseason was a chance to test my signings and tactics before preseason, allowing me to observe how it would work out in a matchday situation.

After coming to the club and looking at the fixtures, I decided to leave them unchanged as it suited my schedule perfectly. Each game was about a week apart and they were against relatively smaller teams than us.

The first two fixtures involved us travelling to France. First off we'd play against SC Bastia, followed by a game against Paris FC. Then we'd come back to Nottingham, England to take on Notts County before preseason had ended.

These three fixtures were an opportunity to test out tactics, players and it was also a good chance to boost morale. There is nothing like getting a few wins in a row to get your spirits up.

How did we fare?

In all honesty, I wouldn't call this the best preseason ever. Two wins out of three is good ... but I can't help thinking we should've won by more.

I was not going to lambast the team for this performance, as they were still working on gelling and working as a team - as shown in the Bastia game. We were 1-0 down at half time, but in a bit of a United-esque way we clawed back with two late goals, Thomas Ince firing home a 93rd minute penalty.

Against Paris FC we got what we wanted. We hit them for four and Ricardo Fuller made a name for himself to be put on the starting sheet with a top notch performance. The Notts Country result really irritated me, as it was two scrappy goals we conceded to let them win the game.

All in all, I can take a lot of positives out of preseason. Our pressing passing play is just great so early on in the season and with a team not just yet fulling equipped with playing with this style and their teammates, I think come December we could be fully ready for a promotion push!

I also signed central defender Mark Howard on a free, his purpose to be mainly a backup to Cathcart and Broadfoot, and maybe competing with Mackenzie for the team come Capital One Cup time. Speaking of the cup, I was given a kind draw in the shape of League Two side Rochdale.

Up Next...
The Season Begins
Login to Quote

Louis O.
6 years
You may as well stay in Nottingham, Forest is just 880 metres away from County

Don't fear, the story won't end, I'm just away for a couple of days - then updating will be back as usual.

Mark Howard isn't too bad either.
1
Login to Quote

BerbatovFM
6 years
This looks very interesting. I am glad to see you've been capable to retain the services of Thomas Ince - the contract may been the difference between the Premier League and the Championship. The signing of youth product Dean Santangelo looks to have potential, being from Manchester United he may be able to bring experience despite his age. Good luck.
1
Login to Quote

Jer
6 years
Good luck Walt, but I have to disagree on the free signing or Howard, or at least the wages you're paying for him, considering you let Bishop out for 5k :P. Good luck