In the aftermath of our derby win and in the midst of our celebrations versus Bolton, it was clear that the Trotters were going to have to change something if they were to get out of the relegation places and secure their place in England's second division.

So the first sacking of the season, right after our victory over them, was Dougie Freedman. The man who left Crystal Palace for the Reebok was now looking for employment, and would want to get straight back into the job I'd think.

What surprised me was Bolton's replacement. It was as if they were preparing for League One, when they appointed my predecessor Paul Ince as the man to take them forward. As a Blackpool fan, this surprised me - knowing how bad he was. 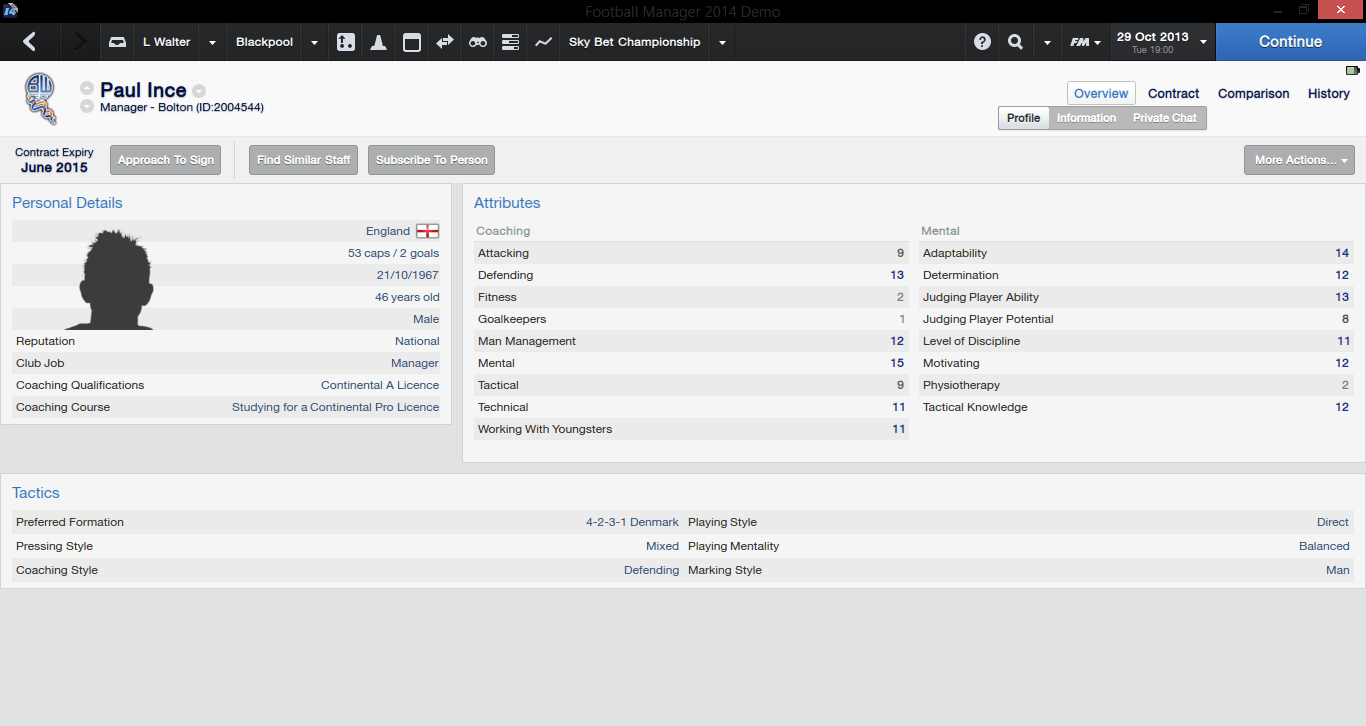 How will they fare under him? That is for me to know soon enough, but from past experience the answer would be a definitive no. His stats include eight judging potential, explaining some of his signings for us.

Bolton fans will have to get used to 9-0-1 football and will be praying that they don't get relegated but is it too late already? But with football being football, anything could happen.
Login to Quote

i am enjoying this
Login to Quote

Jason Thanks mate.
Login to Quote

Jer
6 years
I wouldn't even hire him if I was drunk, high and broke at the same time.. But, I guess that Bolton are kinda that

Josh_MU
5 years
y u no update
Login to Quote

Josh, this is spam and I'm locking this thread IMMEDIATELY