Aaron
6 years
This 'Bono' can't be to tactically smart, if his advice isn't working!

If you haven't already, try him as 'Winger - Attack' Or 'Inside Forward - Support/Attack' Which ever one suits you best! Good luck getting him on form!

Aaron A big twist is about to come which will define his season, stay tuned

Jer
6 years
I can't look at the seaside of life because Bolivia doesn't have a sea... meanie.
Login to Quote

However you've done it better than me and it's paired with a great update. Hopefully, you get something out of Tom Ince. In a save I simmed he got over 100 England caps, I'm sure he'll pick up.
1
Login to Quote

Thanks for the kind words, stay tuned for what comes next, because it will define his season.
Login to Quote 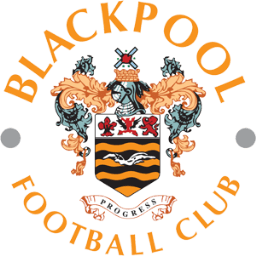 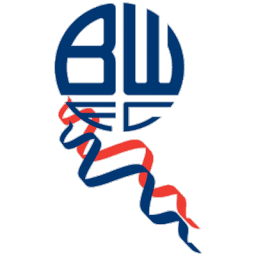 Today was a big day. We welcomed Bolton Wanderers to Bloomfield Road for a big derby, but it was not just that which made this day a special one - it was my birthday.

The boys knew and in the dressing room they gave me a big happy birthday. All I said was that a win was the perfect birthday present - a feat which was perfectly possible bearing in mind that Bolton were languishing bottom of the table.

We went out and played our usual style. I like to call it possession with a purpose. We started off well but it was a fiery clash, Mark Howard the first to receive a caution. But four minutes earlier, however, I was forced into a substitution. I only knew after the match how bad it would be...

Still, we pushed on and it was Nathan Delfouneso deep in first half stoppage time who got the breakthrough for us. He got in front of everyone and prodded home a corner in front of the home fans, who went bananas.

It was good, because it gave me something to keep warm as the players bounced around me on the touchline. Bolton had no time to readjust as the half time whistle was blown almost straight away.

The halftime meeting was brief. "Keep doing what you're doing - the result will come". The players seemed fine with that, but I knew I had to get Ricardo Fuller warmed up as Steven Davies had picked up a niggle.

I'd subbed him off by the hour mark and we kept at it. Everything Bolton through at us we cleared away, it was great work. Bob Harris played superbly and it was his corner in which Ricardo Fuller tucked away the second goal to seal a comfortable victory for me.

It was a bit wild in the dressing room afterwards as the players gave me a bit of a party, but in the end all I wanted was the win - and that was what we got.
Login to Quote

Trop
6 years
Ouch, out for 3 months

It's great that you were able to get a win, although not so great about Tom Ince

shylax
6 years
Congratulations on the big victory, but Ince's injury sucks, torn hamstrings are the worst.
1
Login to Quote

pompeyblue
6 years
Great to get the win

Unlucky about the injury to Tom Ince though.
1
Login to Quote

Still, he'd scored one in ten so it's not going to define my season.

Nick WHY THANK YOU NICHOLAS

Yeah it was, even if he'd only scored one he's still in a position that's hard to replace.

Paddy yeah I know. Thanks.

ebEliminator Thanks. They are, he's still out in game

Pompey Thanks mate. It is a bit unlucky, we'll get by though

Jozef
6 years
Possession with a purpose is a very good philosophy to have. Great win but the injury is very annoying. He'll be missed, but I'm sure you'll get on fine without him.
1
Login to Quote

Walter
6 years
Jozef Thanks, he hasn't performed very well at all so i think we can get by.
Login to Quote