No1VillaFan
7 years
cracking victory over portland and super unlucky against L.A Galaxy keep up the work in the league though the title is yours already
Login to Quote Gleeson joins Richmond after spending four years within the Portland Timbers organization. During his time he made four appearances with the senior team and was looking for a new club. In 2010 he was a member of the Timbers U23 squad that were crowned thew PDL Champions.

With his addition he joins an established goalkeeping squad with Jay Nolly and Adam Street. Andrew Dykstra left the club early this month due to not getting enough playing time. It is not known if Jake (Gleeson) will be playing much this season as Nolly has been the key man but look to see him play a few matches with the Kickers U23 squad.

"I am excited to be playing for Richmond and would love to help this club achieve a playoff title this season, I have no problem as the backup as I joined late.-Jake Gleeson on his transfer.

With June winding down Richmond have won the regular season title with a total of 47 points. They have also locked up the number one spot when the playoffs start in a few months. With seven matches left the Kickers are looking to keep their undefeated streak going.
Login to Quote

No1VillaFan
7 years
AWESOME Signing! he will be good for you
1
Login to Quote 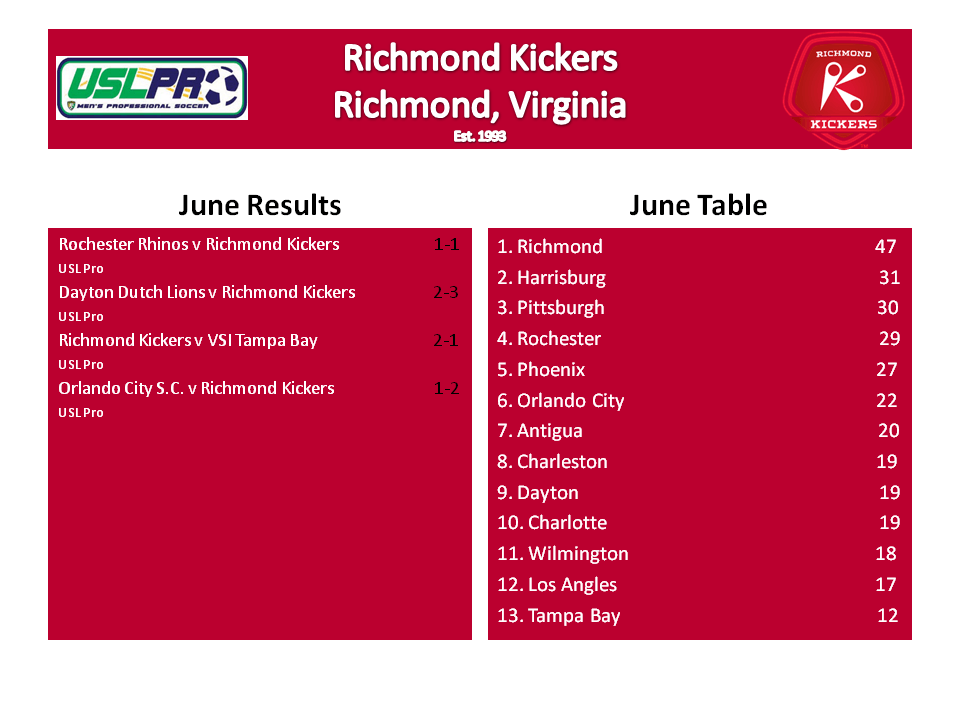 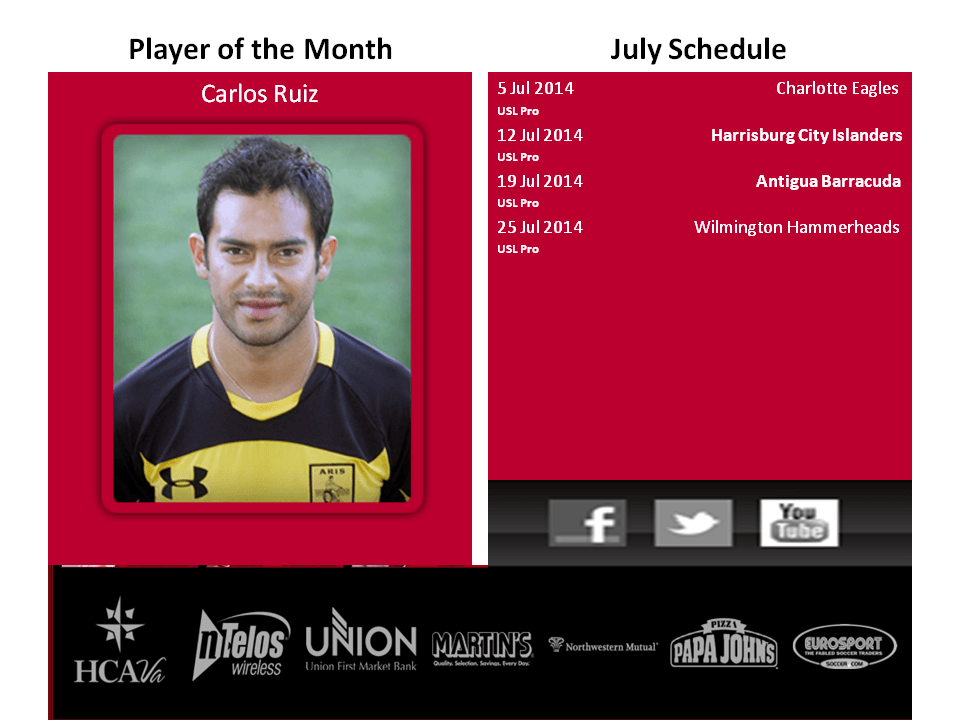 A few more games and it is playoff time. With seven matches to go I feel we will break Orlando's record of 56 points. Also our two signings will be a big help. Ethan White just joined from DC for $375k. Now our U23 team almost won their division but lost by one point in the standings. Our future looks bright.
Login to Quote

No1VillaFan
7 years
You will break the record and I have faith in you. Your results are very good!
Login to Quote

Verdinho
7 years
Absolutely cruising at the top of the table!
Login to Quote 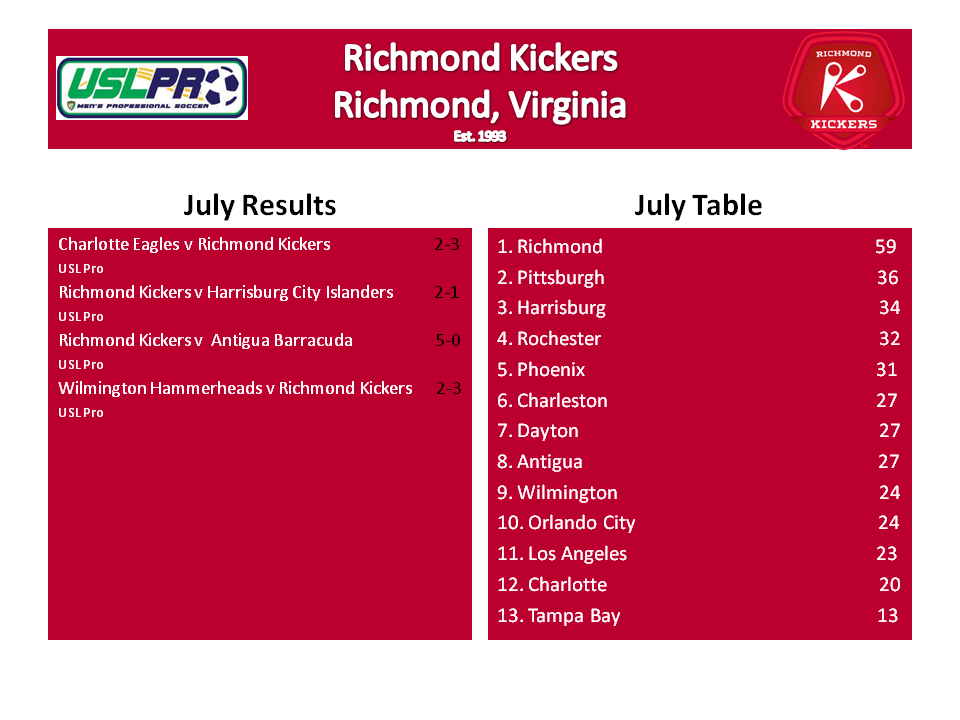 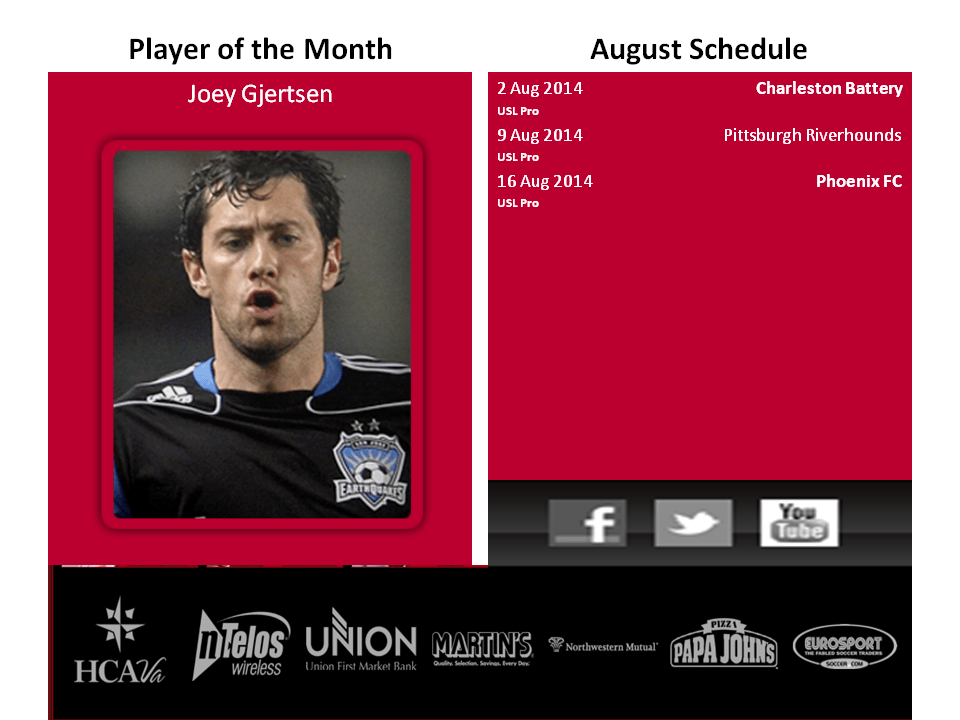 We have broken two records in the past month. The first was the points in the season and the second was goals scored, the previous holder of both records was Orlando City. It feels good to outshine your rival doesn't it? Well the U23s had an amazing PDL Playoff run but it got cut short in the Eastern Final as they lost 3-1 against West Chester. I traveled to that match and it was extremely heartbreaking. Next year they will be champions. So on the league front we have three matches to go before the playoffs start. Joey Gjertsen has been a godsend for us the 32 year old leads the league with 13 goals.
Login to Quote

The 2014 USL Pro Playoffs are finally here. After a long season the eight teams that have qualified are ready. Once again Richmond are the number one seed and will be facing Wilmington. Last season the Kickers made it to the semi finals and lost to Orlando City who would eventually become the 2013 Playoff Champions. it will be an exciting tournament especially for Phoenix who will make their playoff debut against Harrisburg.

The 2014 USL PRO Quarterfinals are in the book. The four matches were all extremely competitive and exciting. In total 14 goals were scored and three out of the four matches went into overtime. With one major upset the semi finals are set for August 30th.

This match between the number three and six clubs was very tight. There was no score until the 106th minute when Rochester's Joe Doyle scored an own goal. This matchup included five yellowcards. Mike Anhaeuser's squad was predicted the favorites and even though they had to win by an own goal they should still be happy.

The regular season champions were the heavy favorites in this match up against eight seed Wilmington. The kickers would win 3-0 thanks to goals by Alex, Luke Lekics and Hunter Finch. Since the start of the 2014 season Richmond have not lost a match and this was goalkeeper Jay Nolly's 12th clean sheet of the season.

Another match that went into overtime this one would prove to be the most intense. 3,452 fans witnessed number seven Los Angles pull off the upset against the home team. Thanks to Allan Russell and his four goals, Los Angeles overcame a last ditch effort by Pittsburg to hold onto the lead and eventually win the match.

A long trip across the country did not phase the visiting Wolves as they played in their first ever playoff match. Despite losing 2-1 during overtime Phoenix and their supporters will be happy and are looking to build upon this season for a title run next year.

Semi Final Preview:
Three out of the four teams remaining are very familiar with the semi finals and a chance to return to a final.Richmond, Charleston and Harrisburg have all made it past this stage and make the final. All three have won at least one title. For Los Angeles they have a chance of causing another upset this time it could be at the hands of powerhouse Charleston. Richmond are the clear favorites against the City Islanders but have a history of losing during semi final play. Both matches will be played on August 30th.
Login to Quote

Neal
7 years
Sick update, good luck in the semis! May I ask, how did you make that bracket? Looks sick

The 2014 final is quickly approaching and we here at the USL are very excited. On Saturday two quality clubs will be facing off at City Stadium in Richmond, Virginia. The number 1 seed Richmond Kickers have home field advantage over number 7 Los Angeles. For the Blues this will be their first final in club history. In their four years as a club they are looking forward to getting their first trophy. Richmond return to the final for the first time since 2010. Previously they have won two championships in USL Second Division/USL Pro history.

It was scoreless during the first half. Los Angeles had many chances early on but were never able to capitalize on any of them. A minute into the second half Richmond opened up the scoresheet. Striker Luke Lekics scored a good header from just inside the box. Center back Luis Javier Alanis doubled Richmond's lead with an incisive finish from 12 meters out in the 68th. Finally Lekics would later score his second and third goals to finish his hatrick.

This is their first title under manager Mike Korrigan who took over in December. For the Kickers this season will go down as one of their best in history. In the regular season the club went 21-3-0 leading to their second straight Commissioners Cup. 32 year old Joey Gjertsen lead the club and the league in scoring with 13 goals.

Richmond will no go into the offseason preparing for the 2015 season. Will the club repeat or fall?
Login to Quote

No1VillaFan
7 years
It would have been horrible if you did not win it! I think the MLS will come calling for a manager like you at some point! I think this is an awesome read!
1
Login to Quote 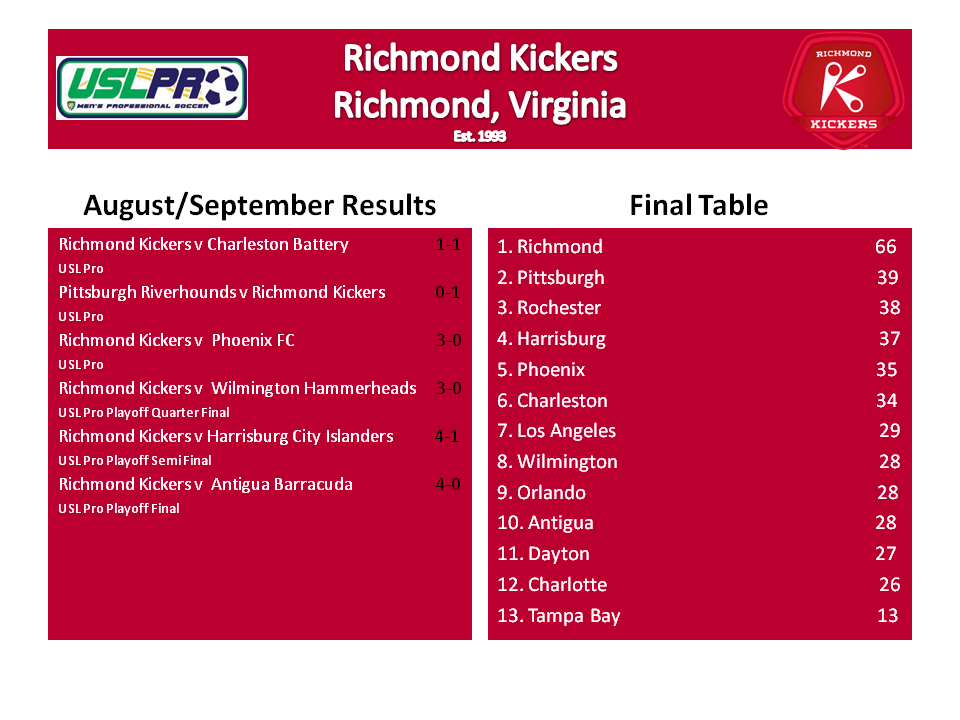 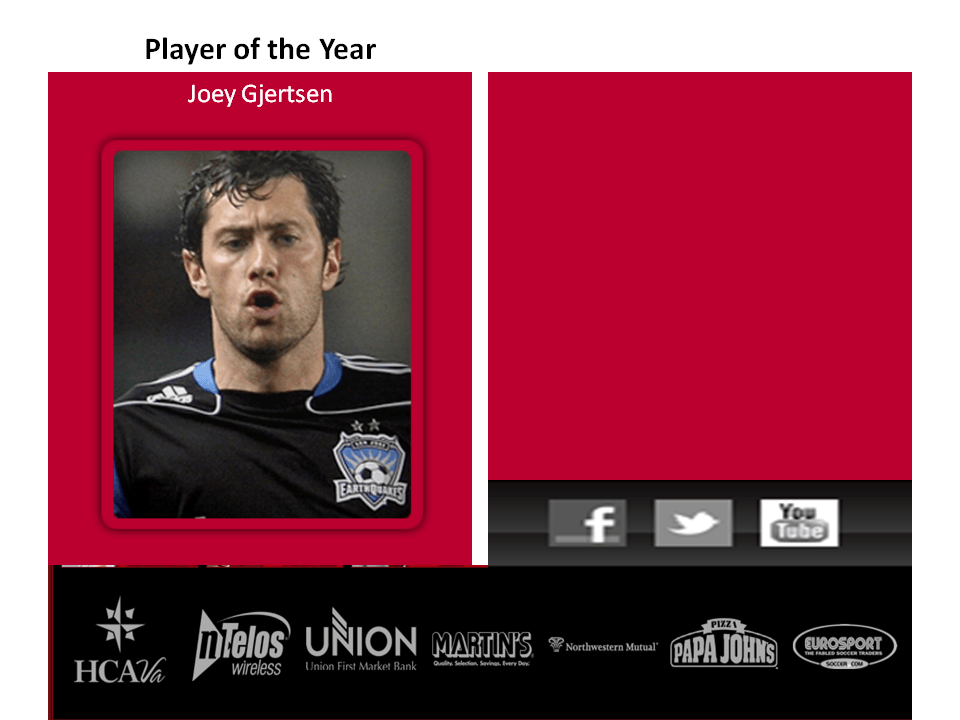 Wow we did it. Won both the regular season and the playoffs. I am so damn proud of this club. Now it is time to relax for a few days. With it only being in September I got invited up I95 to coach with DC United as an assistant for the rest of their season. I am glad I get this opportunity and will learn from Ben (Olsen).Now after that it is time to get ready for next season I feel that we can do this again and not have three draws at hand. I want to see a perfect 24-0-0.
Login to Quote