USL PRO side Richmond Kickers show class to upstage MLS side Sporting Kansas City
Posted on 29. May, 2015 by Evan Ream in US Open Cup


KANSAS CITY,MO- USL PRO league leaders Richmond Kickers have beaten MLS club Sporting Kansas City in a thrilling 2-1 victory. It was all good for SKC until a potentially serious injury changed the tide of the match when Teal Bunbury went down.

Things started off shaky for the MLS side as defender Luis Javier Alanis scored a beauty in the third minute. Later on in the sixteenth minute 18 year old Dan Wright scored for the Kickers bringing the lead to 2-0. At this point Richmond was in full control of the match. An error by Richmond's Chris Korb lead to Kansas City's only goal by midfielder Stephen Miklos.

With this victory Richmond will be moving on to face the Colorado Rapids on Saturday June,20th. Richmond have a history in this competition by winning it all back in 1995 and have many numerous appearances in the later stages of the competition in the MLS Era.
Login to Quote

No1VillaFan
8 years
Awsome result and show them teams what a manager you are!
1
Login to Quote 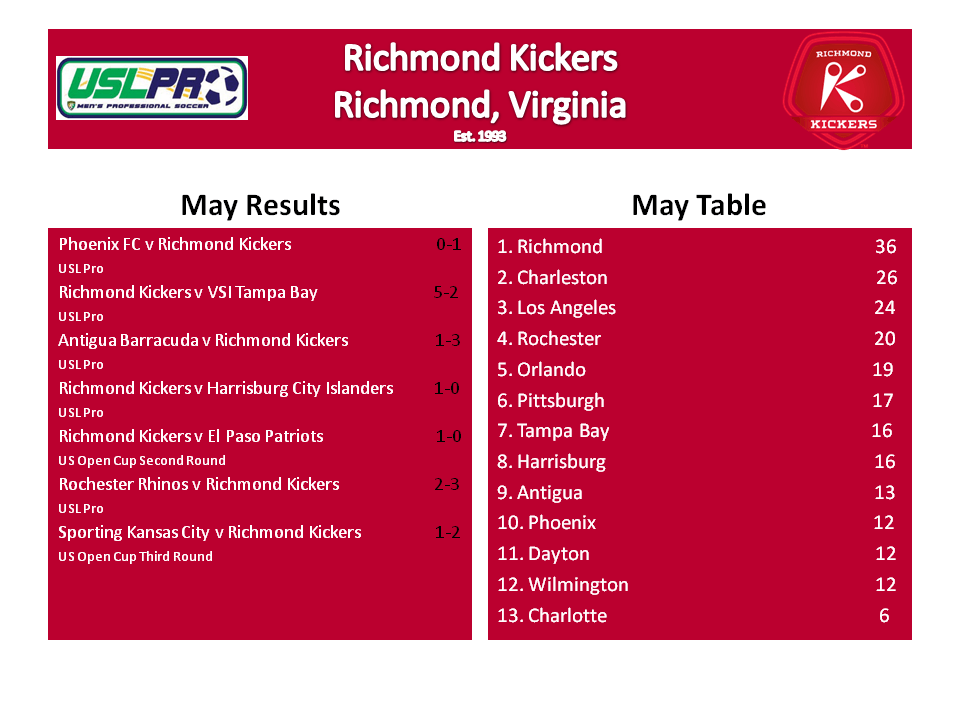 Right now the US Open Cup is priority number 1. We have the league wrapped up so we can still cruse in to the playoffs once more. Oh I havew been contacted by lower league European clubs. I rejected them all.
Login to Quote

Verdinho
8 years
Another top month! Best things about U.S. teams are their names

So different to European teams
Login to Quote

So different to European teams


Thanks. Yeah there are some strange names in the US. One I can recall is the San Diego Sockers wtf lol...
Login to Quote

Richmond returns to the semi final. Can they do it?
Posted on 24 June, 2015 by Evan Ream in US Open Cup


Richmond have defeated Philadelphia in a very exciting quarter final match at City stadium in Richmond.

Young winger feijao gave the kickers the lead with an accurate finish in the 18th minute. Later on Dan Wright would increase the lead to 2-0.

It was not over though. The Union kept piling the pressure all game and were able to convert in the 89th minute. Striker Jack Mclnerney pulled the Union within one. They had one more chance but the goal was called off and Richmond was able to move on.

"It feels good to be back in the semi final, I am hoping we can pull another upset against New York and have a chance to play in Champions League.-Mike Korrigan

With Richmond's win they will now face the New York Red Bulls. For this NYRB will be the home team and the match is set of Wednesday August 5th. Both Richmond and New York will be competing to face either D.C. United or Portland in the final.
Login to Quote

No1VillaFan
8 years
WOW into the semis get in!
1
Login to Quote 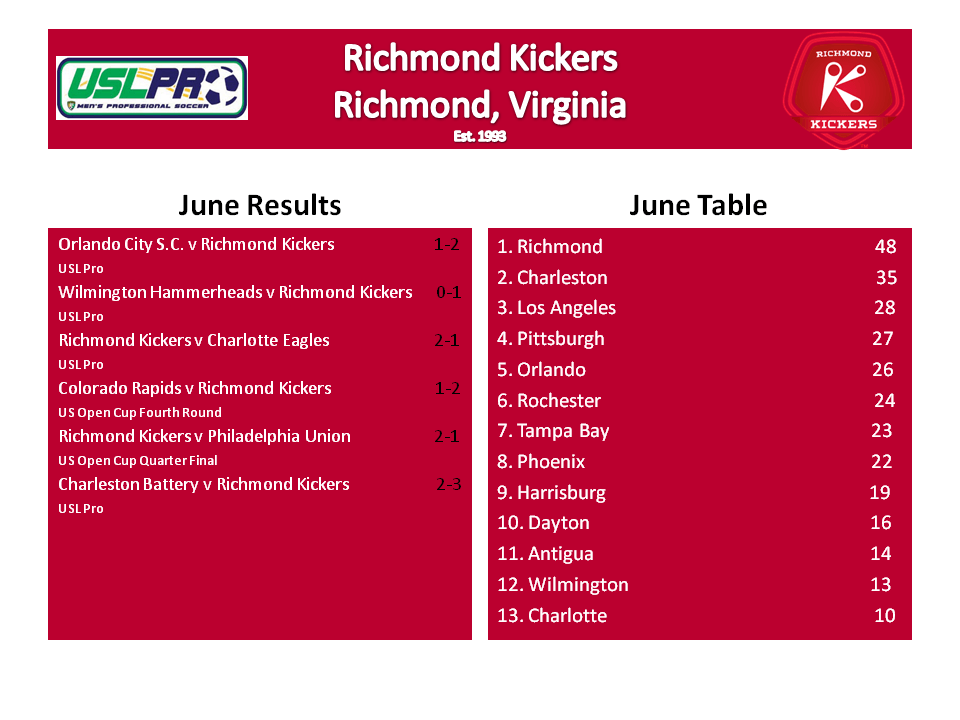 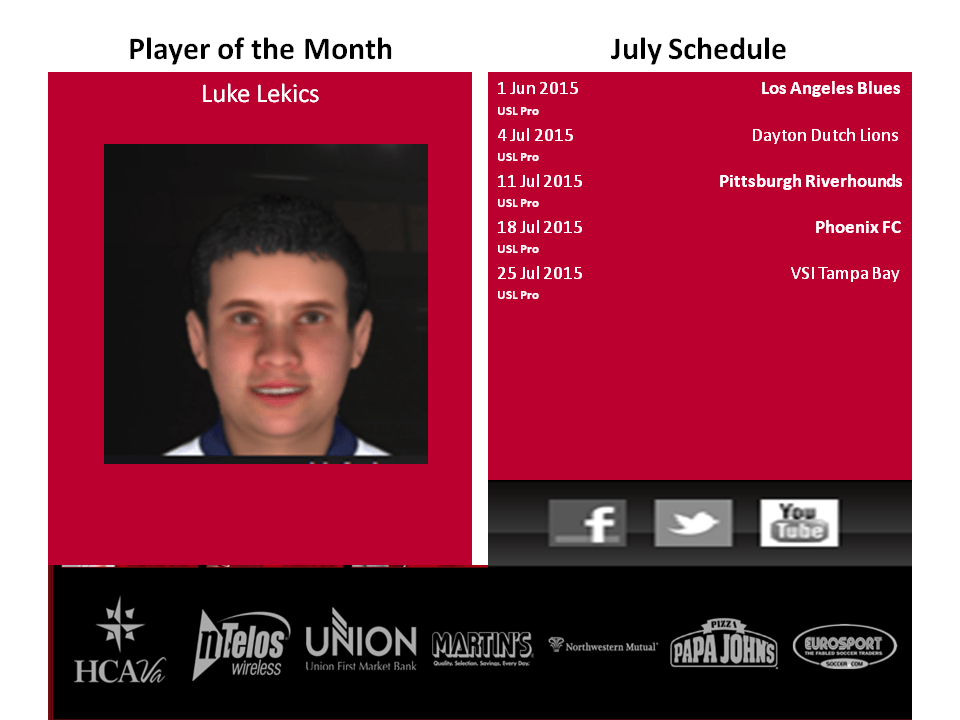 This was one of the most intense months for the club since I took over. The two USOC matches really took a beating on the squad. I am glad we won but I am worried that we could lose focus in the league now. Lekics returned for the Philly match after the Gold Cup was finished and had a really good game against Charleston, scoring two goals and going back on top as the leading scorer in the league. Our first match next month will be special. The match against LA will be my 50th since I started coaching.
Login to Quote 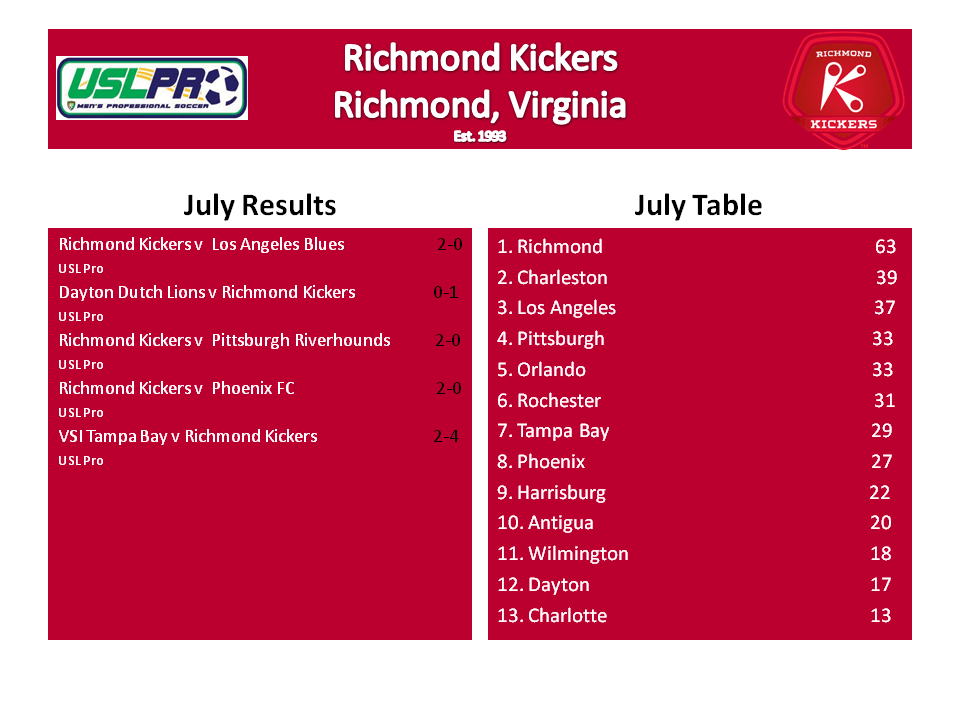 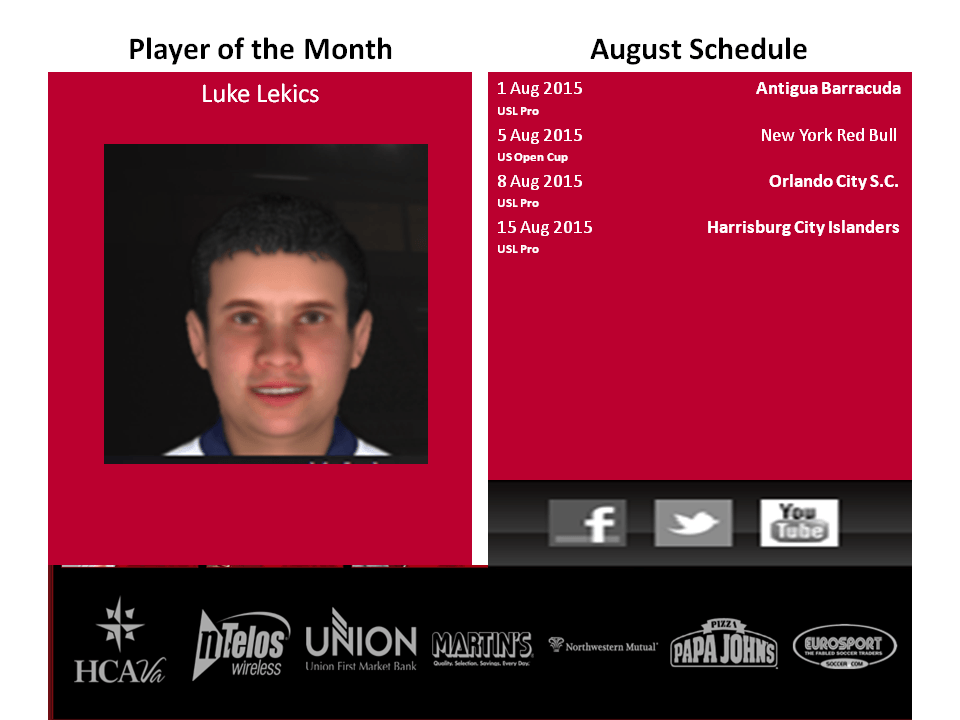 Well we are three matches away from completing a 24-0-0 season. I could not be happier. Luke Lekics was once again the Player of The Month. He now owns the club record in goals scored (15) and is the league leader in goals scored. Our U23 squad won it's first ever USL-PDL South Atlantic Division Championship. Sadly they lost in the playoffs again. That is fine since our youth are looking really good. Finally I can't wait for August 5th against NYRB. I don't want to be cocky but I think we can beat them.
Login to Quote

Kickers to appear in the final.
First time since 2008 that a non MLS side makes the final
Posted on 5 August, 2015 by Evan Ream in US Open Cup


A young Richmond squad defied the critics and pulled a major upset in the American Soccer world. They shocked NYRB fans in a thrilling blowout match. The Kickers would destroy New York by a score of 4-1 away from City Stadium.

It all started off on the wrong for for the Kickers as defender Luis Javier Alanis scored an own goal. You could see how upset he was and it effected him the whole match.

Things would go uphill for Richmond a while later as phenom Luke Lekics scored the first of his two goals. Midfielder Jose de Jesus Aguilar then put the club ahead with a header in the 20th minute. The kickers would score two more after the half to cruse to this historic victory.

Manager Mike Korrigan as quoted in saying this after the match. "I honestly can't believe we destroyed the Red Bull in the fashion we did, now I am not one to boast but I can't hold it it. We are going to the final. Oh yeah!!!"

No1VillaFan
8 years
wow....GET IN! your gonna get into the champions league!!!
Login to Quote