Edging ever closer to the end of the season, Its getting really tight(That's what he said)at the the top of the table and we still cant be sure on who will win the league.


Another Poor start to what i believe to be the most crucial month so far. This was really disappointing i was hoping for better results from the Tottenham and Sunderland game, we were just not upto scratch in these games and if we want to win the league we will have to pick it up. Luckily we finished the month strong with two convincing wins against teams around us in the league, We were lucky to have the games at home as I believe the fans really spurred us on to win those games.

Player of the Month: Rickie Lambert 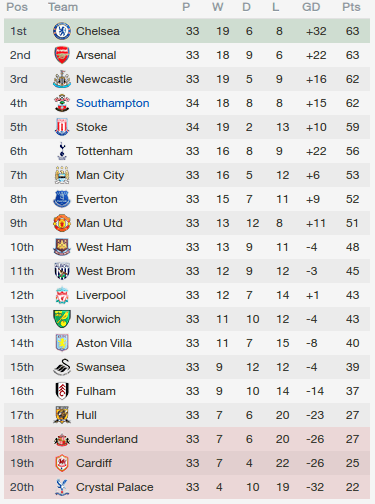 Jamesg237
8 years
It is going to be such a tense finish to the season. Do you think you are going to manage it? It is a shame that the Sunderland result went against you considering that they are so far below you.
Login to Quote

Yeah it was really disappointing, I think we can, but it will be very hard especially with so many teams being in with a chance, Im surprised with the amount of unexpected teams in with a chance e.g Stoke Newcastle and us lol, Im going to do a special update if the table stays this close! Thanks for reading!
Login to Quote


Last update now before my Title decider Update, The Table is even more extraordinary than most thought it would be, It is going to be a very extravagant ending to a wonderful season.


We have managed to claw back out title credentials with an Unbeaten month, It is now down to the last game, We must win this game to have a chance of winning the league. This saturday is going to be very tense and i can say there will be tears for all the title contenders whether they win or not.It will go down in History as one of the best days in English Premier League History.


This is the title decider special that I have decided to do, It is a little different than what im used to doing but hopefully it will be good. 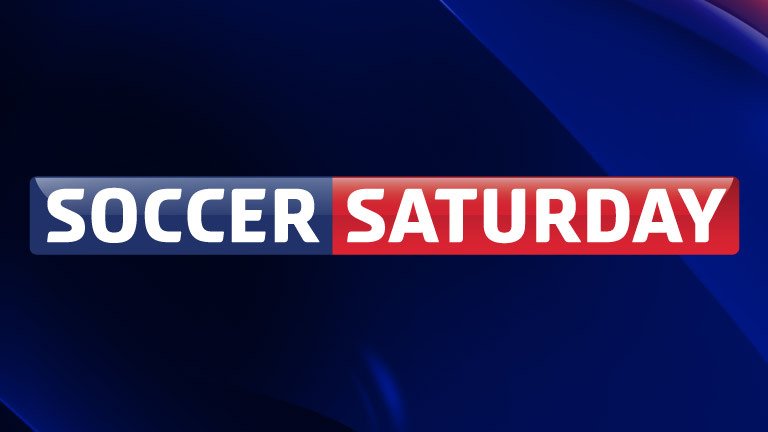 
Stelling: Hello and welcome to Soccer Saturday, Its Saturday the 10th of May and Im joined for our title decider day special by he usual crew of Matt Le Tissier, Phil Thompson, Paul Merson and Charlie Nicholas. What a Show we have in store for you today because we have 4 different teams that can win the league today, it really is going to be a thrilling day of football and we will be covering most of it with 3/4 of the games being covered in the studio.We have Paul covering the Chelsea-Hull game, Charlie covering Man City-Tottenham, Matt covering Newcastle-Sunderland and Phil covering the Arsenal-Man utd game. For those Southampton fans who are hoping their team can win the league we have the one and only Kris Kamara covering your teams game. 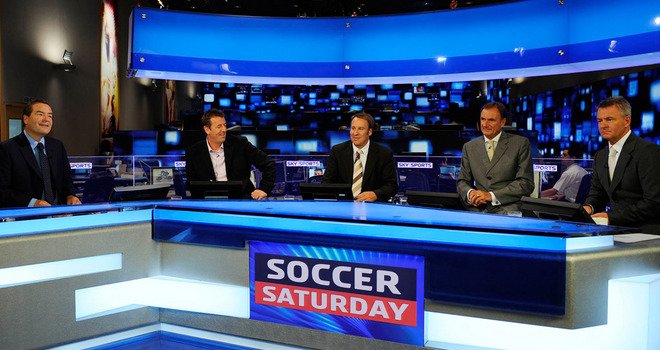 Stelling: Games just starting to kick off now and there has already been a goal at the KC stadium where Chelsea are playing hull but which way has it gone, Paul.

Merson: Its gone to Hull Jeff, Its a disaster for Mourinhos men. Shane long picked up the ball around thirty yards out and was given too much space and was able to run all the way to the Chelsea Box before lashing the ball into the left corner of the net. 1-0.

Stelling: An unbelievable start in what looks to be a great day of football.

Stelling:: Newcastle fans today will be devastated... If there team lose the lead they have just gained, Matt.

Le Tissier: Yeah Jeff its a smashing goal, Remy just shoots from about 40 yards and it crashes off the crossbar and in, Its hard to see Sunderland getting back into this one. 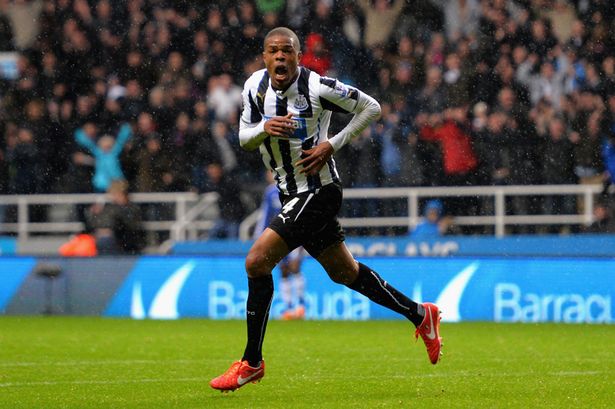 Stelling: What a strike it was and there has been another Goal at the Kc, Is it curtains for Chelsea Paul?

Merson: Looks Like it Jeff, Its 2-0 Hull, Another screamer from that man Shane Long, this time the ball is edged to him by Jelavic and then he fake shots it past Luiz before chipping Cech from the most unlikely of angles, what a goal.

Stelling: Sound like there has been a penalty at Old Trafford but which way has it gone, Phil Thompson?

Thompson: Jeff its gone to Man Utd and its a dive by that man Ashley Young once again, He is running down the wing when he cuts inside to the box and when Mertersacker goes to tackle him, Young jumps over his leg. No contact what so ever, Disgrace to football that is. The Arsenal Players pleading but its making no difference... Rooney steps up to take the penalty... He Scores! Brilliant Penalty into the roof of the net 1-0 United. 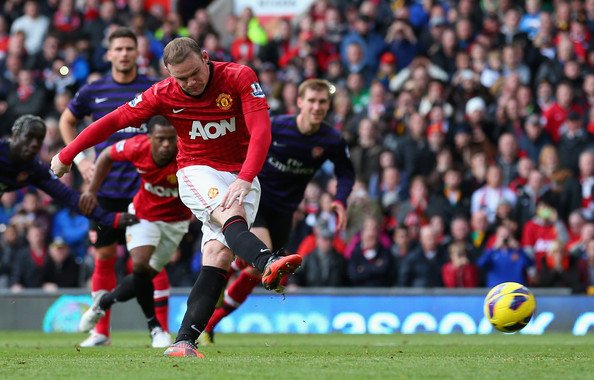 Stelling: Controversial Scenes at Old trafford as that penalty may have just decided the fate of the Premier League trophy, But wait a minute Im hearing off a goal at St. Marys, Kris Kamara is there.

Kamara: No Jeff, It was given offside, It was Southampton who broke free with Rickie Lambert who then tried to square it to Ramirez who was slightly in front of lambert, so it was given as offside, Really a Schoolboy error there by Southampton.It remains 0-0 Between Southampton and Norwich


Next part will be second Half. Please tell me if this was a bad idea and if there is anything i should do differently for next update thanks.
Login to Quote