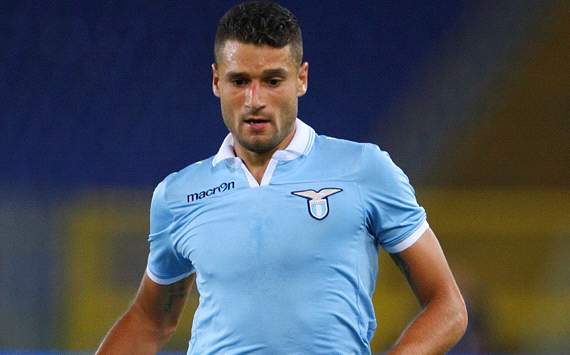 Antonio is well-known across Europe, having made his Italian debut against Holland in November 2009, he has gone on to make 11 appearances for his country. Candreva is a new signing at Old Trafford, having joined from Italkian outfit Lazio in July.

Antonio Candreva began his career at Atletico Roma in 2001/02 but failed to make a league appearance during his 2 years at the club. In 2003/04 he joined Ternana where he made 47 league appearances.

After joining Lazio he moved to Manchester United and can not wait to put on the Red Devil Shirt.

I am so greatful for Brendan bringing me in and I can not wait to repay the manager and hopefully become a fans favourite.
Login to Quote

Tallery
8 years
Some great signings there!
Login to Quote 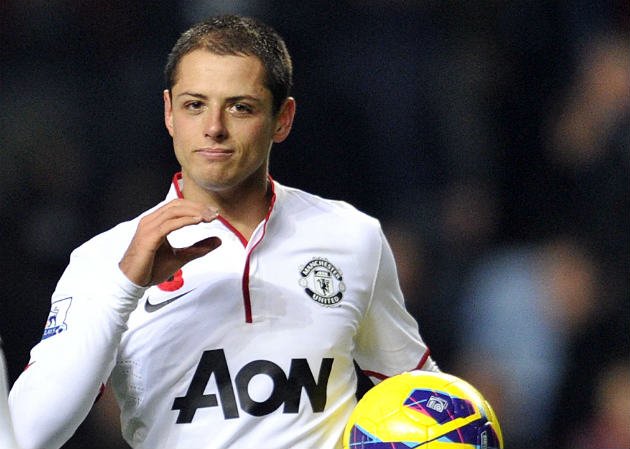 I am sad to announce that Javier Hernandez has left the club for £18,000,000. Spurs moved quickly to sign him before anyone could even show an interest.

This made perfect business sense as far as I am concerned, because I was not going to play him and now he can go and get first team football, although I am expecting him to want revenge on us when we play them.

Some pundits think that Rodgers is wrong to let the young player go but the fans are trusting his judgement. Only time will tell.
Login to Quote 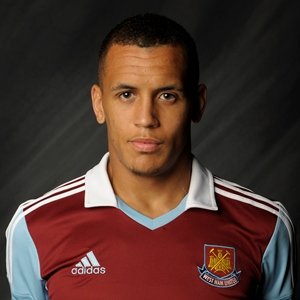 Manchester United today announced the signing of Ravel Morrison from West Ham for £13,250,000. Morrison returns to familiar surroundings after leaving Man Utd for West Ham because apparently his attitude stunk.

I am very, very pleased to have rejoined United and I can not wait to link back up with my old club. I have a lot of love for them and I promise the fans I will try my best to win us some trophies.

Rodgers though did say that he missed out on Newcastle's Davide Santon. Yeah I mean we put a bid in along with FC Bayern Munich but he had decided to join them and I wish him the best of luck in the future. Manchester United defender Rafael has left the club for £27,000,000 to PSG. Fans have been split on the departure with some saying United did well to get so much money for him but others saying that United are now left without a recognized Right Back.

Rumours suggest that Brendan Rodgers will use John Stones as right back and that he thinks once he sells Rooney then everything will be set for his new look Manchester United side.
PSG moved to sign the exciting youngster, because they had a hint that Rodgers was ready to sell and they were right.

I believe though that Manchester United got an amazing price for the former Red Devil.
Login to Quote

kernel
8 years
Looks like all your key player are leave

This is unique story about Brendan Rogers XD
Login to Quote 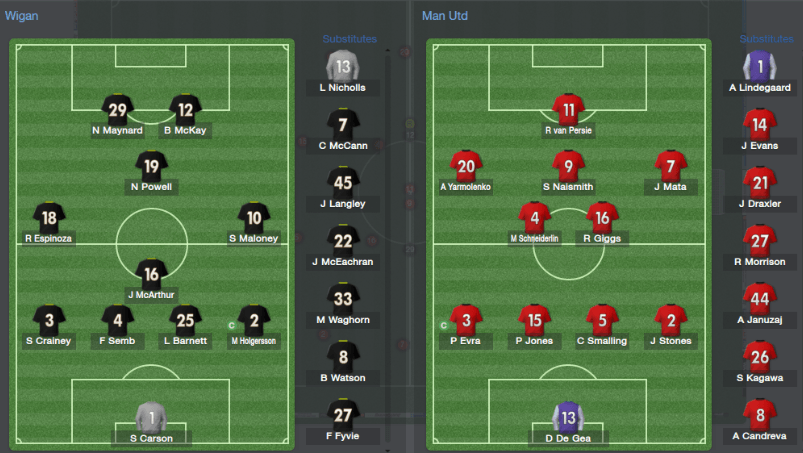 On a fine summer's afternoon at Wembley, Man Utd had the the homour of lifting the Cummunity Shield after Manchester United won 3-1 against Wigan.

Rodgers fielded 4 of his new signings in Stones, Schneiderlin, Yarmolenko and Naismith with Draxler, Morrison and Candreva on the bench.

Cultered striker Robin Van Persie gave United the lead with a fine headed goal from point-blank range in the 21st minute. Striker Nicky Maynard then summed up his team's performance by nearly gifting Manchester United another goal on the 23rd minute.

New signing Steven Naismith doubled United's lead with a placed shot on 38 minutes. Yarmolenko had no trouble scoring from the spot when Crainey conceded a penalty.

There was just time for Nick Powell to score a consolation goal but United were deserved winners and I have to say there side looks good.
Login to Quote 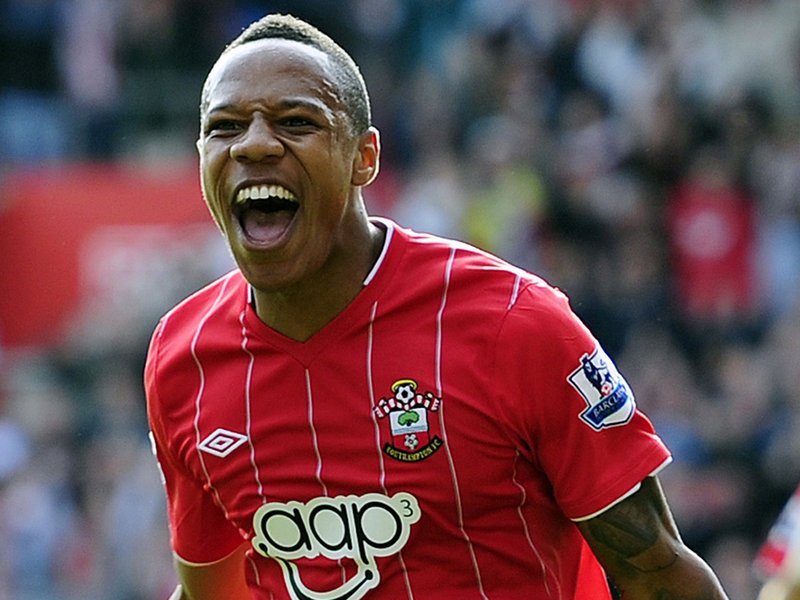 Nathanial Clyne today signed for Manchester United to continue with the whole ethos of Rodgers buying young for the future. In Clyne he has got a stunning player who could allow John Stones to play in his main position at Centre Back.

I am greatful for the opportunity to play for Manchester United, one of the best clubs in the world. I can not wait to to for them and would like to thank Brendan for taking a chance on me.

I am happy to announce the signing of former Southampton right back Nathanial Clyne. He is an exciting young player and will really add something to this squad of players.
Login to Quote

Month To Think About For Rodgers


The month of August is always interesting to see who has the best start or has started shakey, but this season all eyes are on Brendan Rodgers new look Manchester United side. 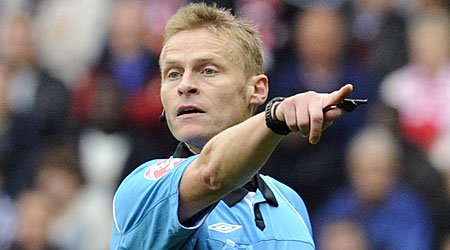 Mike Jones is centre of attention this month


They won the Community sheild with goals from Robin Van Persie, Steven Naismith and Andriy Yarmolenko. We were awesome, absolutely awesome. It was brilliant to see new signings Steven and Andriy get on the scoreboard but it was the overall performance that I enjoyed most. 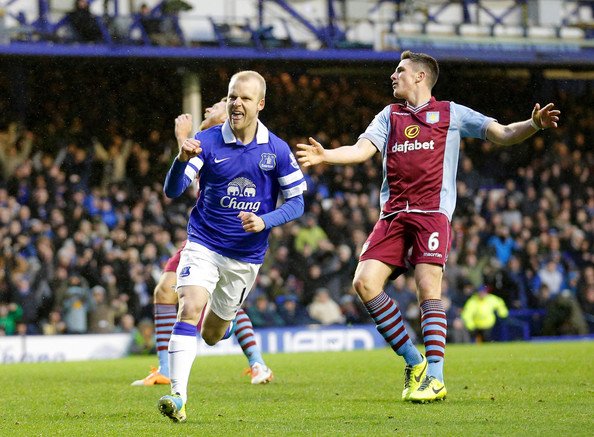 Naismith is amongst the scorers this month for United 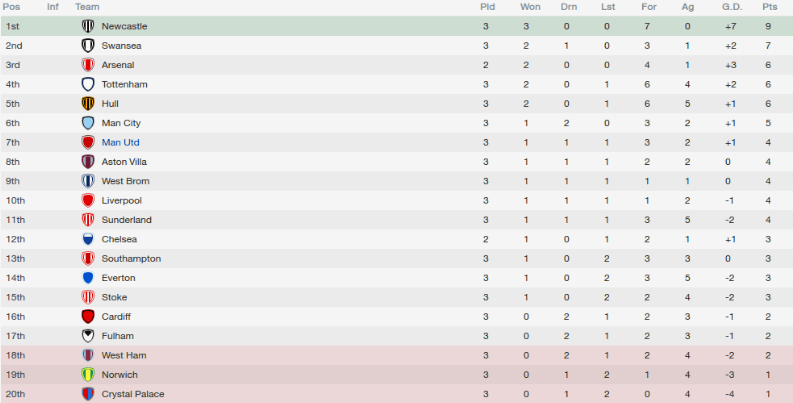 
I am very, very happy with the way my new look team has performed. The players that were here from the previous regieme have proved why I wanted to keep them in but the new signings, espeicially Steven (Naismith) and John (Stones) have particularly impressed and I am looking forward to working with these players for the next month and the rest of the season.

I particularly had issue with the Cardiff result because Ole Gunnar Solskjear has had so many fortuitous decisions at the start of the season and it carried on against us. They were awarded a penalty which was never a penalty and when i criticised it the F.A could not give us a response because they new we were in the right. I think we are going to launch a title challenge.

The Champions League Group is a tough group too, Zenit are a good side and Juventus need respecting too but the battle of Britain is back!
Login to Quote

MJK46
8 years
You are lucky it is still early and those results especially the Swansea one wont hurt.
Login to Quote 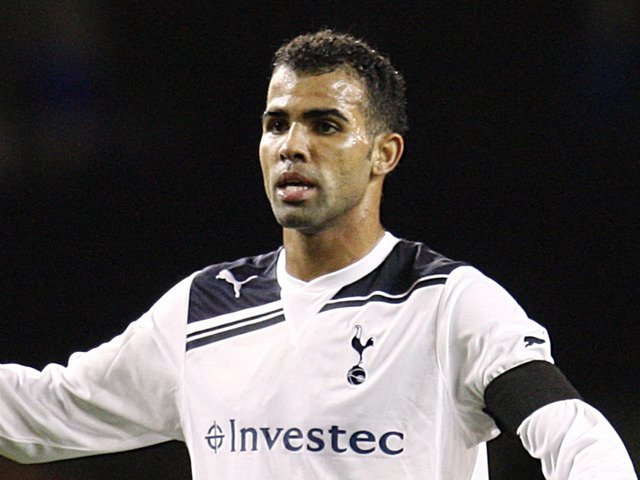 I am so happy to be moving because Spurs are going downhill at the moment because of the board and I would like to apoligise to Tottenham fans for leaving but I really want a chance to win a Premier League title and I believe Manchester United are that team to do it with. To have the opportunity to play with players like Juan Mata and Robin Van Persie is a dream for me.

Manager Brendan Rodgers was also very pleased with his only piece of business on transfer deadline day.

Sandro was actually my number one target when I got the job. He does a similar job to what Jordan Henderson does for Liverpool. I believe the £31m deal will represent amazingly good value and I can not wait to see him in action.
Login to Quote

Josh_MU
8 years
Sandro is a good signing.
Login to Quote

. He'll be a great signing for you, he's a monster on FM
Login to Quote

No1VillaFan
8 years
Josh Thanks lets hope he is as good as I have paid. 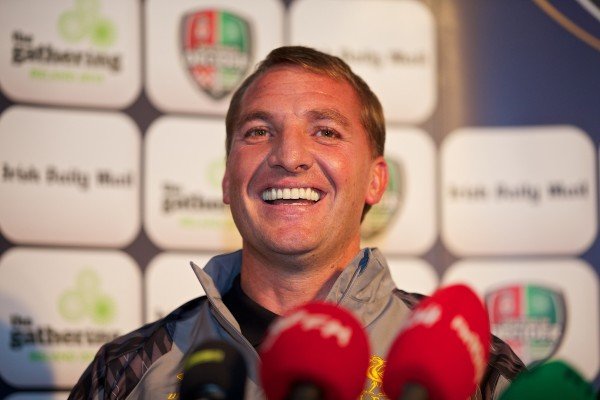 Rodgers All Smiles This Month

Steven Naismith has been a revelation since Brendan Rodgers bought him from Everton this season. He got both goals in the 2-2 draw with Spurs, set 2 goals up in the 3-1 victory in the Champion's League, had a hand in Nani and van Persie's goals against his former club Everton and got one against Fulham in the 5-0 drubbing. 
I am exceedingly happy with how the month went because we were undefeated in the Premier League and also won a big match against Juventus, which was huge but I want to give the biggest shout outs to John Stones and Steven Naismith. I think we are going to go from strength to strength but need to keep our heads up and not let them drop.

The defeat against Swansea is not looking that bad now if you look at the League Table but we are going to really work hard to get to the top of that table.
Login to Quote