Above: Cerri In Action Against Russian U-17s

The transfer rumour mill shows no signs of slowing down this summer, as speculation emerges from Italy that London club Tottenham Hotspur have offered a contract to Parma's young striker Alberto Cerri.

Born in Parma on the 6th of April 1996, has been with Parma since 2009, when he was a mere 13. He has already made two first team appearances for the club, and has a growing reputation, representing Italy at every youth level since U16, scoring a total of 17 goals in 34 games at all levels.

Translation: It's not every day that the opportunity to play for a club like Tottenham Hotspur comes along, and as a player you have to be willing to take that chance with both hands and run with it; They are an incredible team, and playing in Europe and the Premier League is the best platform for any player to build their career on. I hope the deal can be agreed soon.

His club side Parma have not made any comment on the players future as yet, however it is thought that, should Cerri agree a deal, the only recompense they would recieve for their brightest young talent would be under £1 Million.
Login to Quote

Nick
8 years
Oo, looks like he could be a good talent, cheap too!
1
Login to Quote

Yeah, he's often one of my go-to signings when i'm looking for youth players
Login to Quote 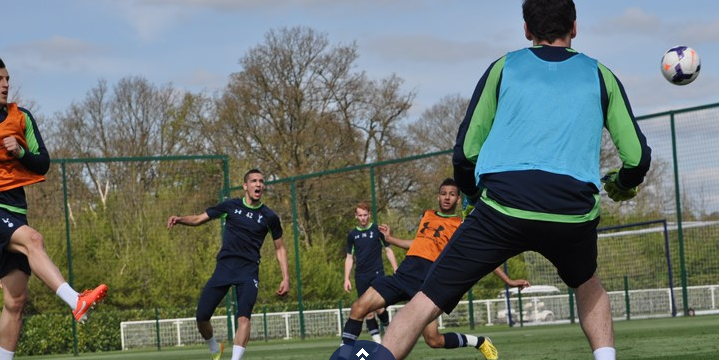 Above: Training on Tuesday ahead of the pre-season matches

Tottenham today annnounced 3 new signings ahead of the new Premier League season; Mattia De Sciglio joins from AC Milan in an £11m deal, while goalkeeper Ron-Robert Zieler joins from Hannoveer for £5.5m, with younster Alberto Cerri having already jetted in from Parma for £825k of compensation.

The trio landed in London today, and were unanimous in their aspirations for the club; European football regularly, and great league performances, statements which went down well with the fans.

http://www.calcioweb.eu/wp-content/uploads/2013/09/de-sciglio.jpg
Mattia Di Sciglio's £11 million price tag may take some justification for the Spurs fans, but this versatile young man can play at both Left and Right back, and will provide cover right across the back four. De Sciglo started his career at AC Milan in 2002, and made his first team debut in 2011, going on to make 30 appearances for the club in the league, impressing scouts from all over the world, but he chose Tottenham to provide his next challenge, believing that the club has the players and style to suit him and provide the base for his bid in Italy's World Cup squad:
"Sono molto felice di aver mosso; Tottenham ha una grande squadra che può competere per i titoli in Europa e in Inghilterra, e sono pronto a lavorare sodo per garantire calcio prima squadra e spingere per un posto di Coppa del Mondo di questa estate"
Translation: "I am very happy to have moved; Tottenham have a great team that can compete for titles in Europe and in England, and I'm ready to work hard to secure first team football and push for a place in the World Cup this summer"

http://images.football365.com/13/11/660x350/neuer-adler-zieler_3035607.jpg
Zieler has similar aspirations for both club and country, but has accepted that he will be cover for French Captain Hugo Lloris:
"Sono felice di essere al Tottenham; la squadra qui è fantastico, e sono pronto a spingere me stesso. So che Hugo è un grande portiere e dovrò lavorare duro per ottenere in prima squadra, ma che la concorrenza sarà solo renderci entrambi forti."
Translation: "I am happy to be at Tottenham; The team here is fantastic, and I'm ready to push myself. I know that Hugo is a great goalkeeper and I will have to work hard to get into the first team, but that competition will only make us both stronger."
Login to Quote

Spurs opened their pre-season with a tour of Greece, which started with a 9-0 demolition of Agios Dimitrios, with goals from Nacer Chadli, Michael Dawson, Roberto Soldado (x3), Andros Townsend, Kyle Walker, Aaron Lennon and Harry Kane destroying the Greek Non-Leaguers as Tottenham played some stunning pass and move football, with an attacking edge which was frightening at times.

Next, Tottenham took on Xanthi, and won again, although my the less convincing margin of 2-0, courtesy of goals from Andros Townsend and Vlad Chiriches. Again, spurs fans were treated to quick passing, sharp movement and clinical defending, as their team coasted through the game.

In the final match of the Tour, Tottenham once again turned on the style, this time against PAOK, A Superleague team who are also competing in the EUROPA League, providing spurs with a platform to test their European credentials for the upcoming season. Goals from Harry Kane, Emmanuel Adebayor and Erik Lamela secured a comfortable 3-0 victory, and optimism was building back at home ahead of the coming season.

Player of the Tour: Andros Townsend

No1VillaFan
8 years
Nice update and Harry Kane looks like he could be very important for you. I think this is going to be one of your best stories
1
Login to Quote

Gauld: My Last Season At Dundee Will Be My Best 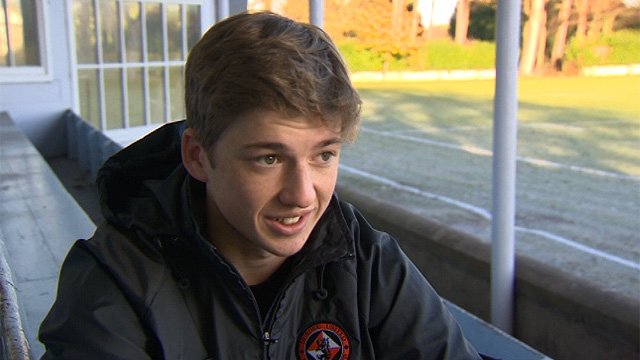 In an exclusive interview with Spurs TV, Scottish youngster Ryan Gauld, the club's most recent signing, signed in a deal thought to be worth around £7.75m has spoken about his plans for the coming season, which he will spend on loan at Dundee United as part of the transfer deal.

While Gauld doesn't have the pressure of competing for a World Cup spot to focus on, he is keen to impress the management at White Hart Lane, in a bid to force himself into contention for next season, and capitalise on the tiredness of players such as Andros Townsend after the World Cup is over.

Gauld started his career at Tannadice in 2011, and made his first-team debut in the same year. Last season, he made 10 first-team appearances, scoring 1 goal in the league, before Spurs swooped to bring him in before his stock rose any further. Returning to Tannadice on loan, Gauld has told fans that, although he may be leaving, he will make this season special for them.

"Obviously i'm saddened to be leaving Dundee after this season, but when the chance to play for a team like Spurs comes along, especially at my age, It's hard to turn it down. This team made players like Gareth Bale, and he's a player i've always admired and modelled my game on. Obviously it's going to take a lot of work, and it's important not to get bogged down in all the media sensationalism which is following me around right now.
Login to Quote

fmhunter
8 years
Keep it up mate, enjoying the story

Thankyou, that means a lot

Lennon Looking For Way Out Spurs star Aaron Lennon is reportedly looking for a way out of White Hart Lane this summer, with reigning champions Manchester United apparently hot on his tail. The winger is reportedly far from happy at White Hart Lane, and with countryman Andros Townsend, along with Erik Lamela and Gylfi Sigurdsson ahead of him in the pecking order on the wings, and Nacer Chadili not far behind, who could blame him?

Lennon started his career at Leeds in 2001, and made his first Senior appearance in 2003, going on to score one goal in 38 games for the club in the league, before financial troubles meant to had to be sold on; Spurs his destination.

So far at White Hart Lane, Lennon has been a revelation, scoring 26 goals in 257 league appearances, and pushing hard for inclusion in England's international setup at every opportunity, making 21 appearances for his country. If Lennon does move to Manchester United, rumour has it that out of favour Javier Hernandez will be the player moving the other way; the Mexican, valued at £15million, has been a perennial bench warmer at old trafford since his move there, and has spoken candidly of his desire to leave, saying "I'm very eager to play as my club don't take me much into account."

His disillusion with life in Manchester will only serve to fuel transfer speculation, with only the strained relationship between the two sides likely to prevent the deal.

Tottenham accused Man United of 'chasing' Dimitar Berbatov in his eventual £31million deadline-day switch in 2008 but that seems unlikely to get in the way of the two sides striking a deal if it would be beneficial for both sides.
Login to Quote

Slid3Tackle
8 years
I like very much De Sciglio, he will help you achieve your objectives! Great deal mate!
1
Login to Quote