Radders2109
8 years
Griffo - Thanks mate! Glad you're enjoying it!

To be fair, I don't actually mind Reid, but I have someone in mind to buy

fzemdegs - Thanks a lot bro :p

BayernAmerica - He looks promising, so I hope he lives up too it

- Carlton Cole
I'm happy with the way that we played in our first pre-season game,we attacked from the off and we duly deserved our win. I thought the lads were excellent, they made ice cool decisions when all the ball and took the game to Astra Giurgiu. Like I said, this was only our first game in pre-season but it is always nice to start with a win. Hopefully we can carry on in this manner throughout the rest of the pre-season games, and then apply it all when it comes down to the real games! 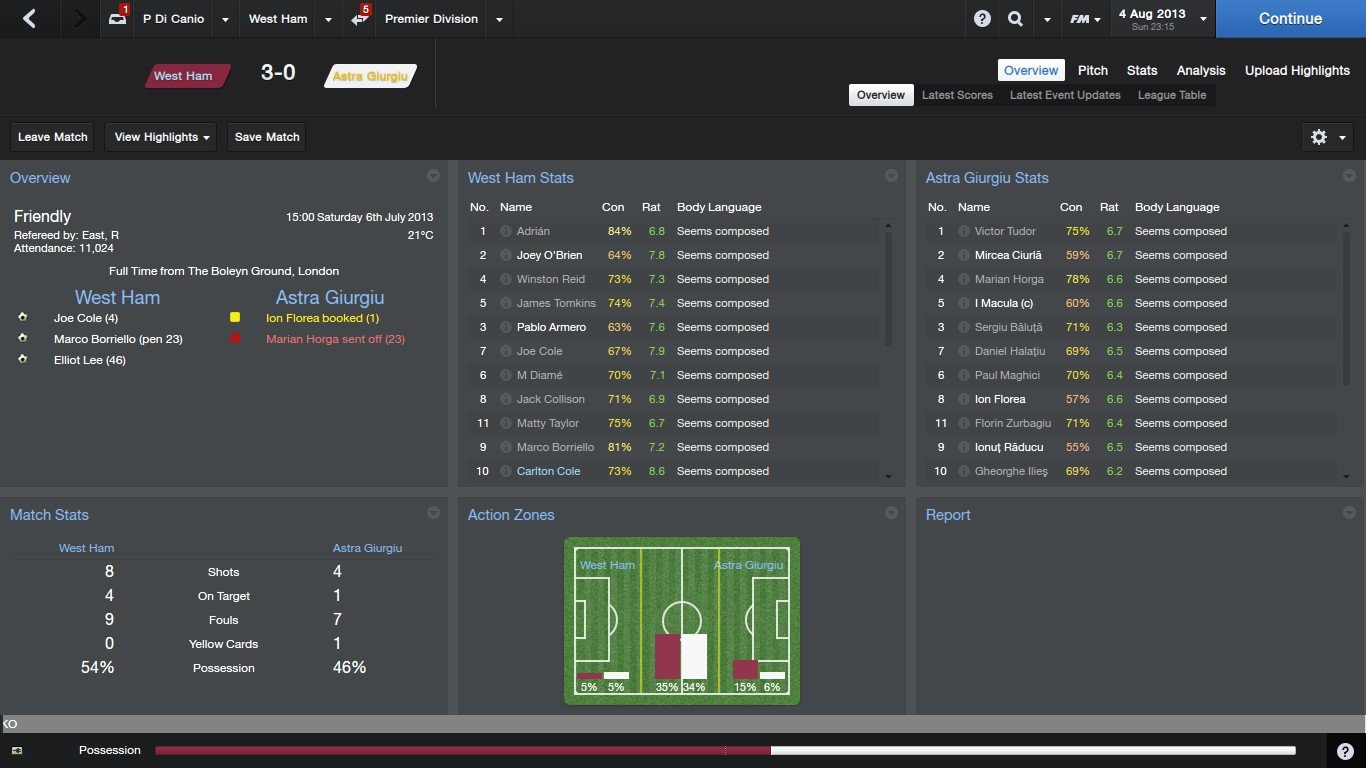 - Marco Borriello
I can't say that I am happy with drawing against a team of Yeovil's nature, and I have to be really honest here we were lucky to come away from there with a draw. Yes, it was only pre-season so it doesn't matter that we got a draw, but the way we played was shocking, we were giving the ball away far too easily and not chasing down their team when we did lose it. That enabled them to have loads of possession and shots, which if they would have scored them all, they would have been out of sight by half-time. I guess all we can do, is focus for the next game and I hope we improve. 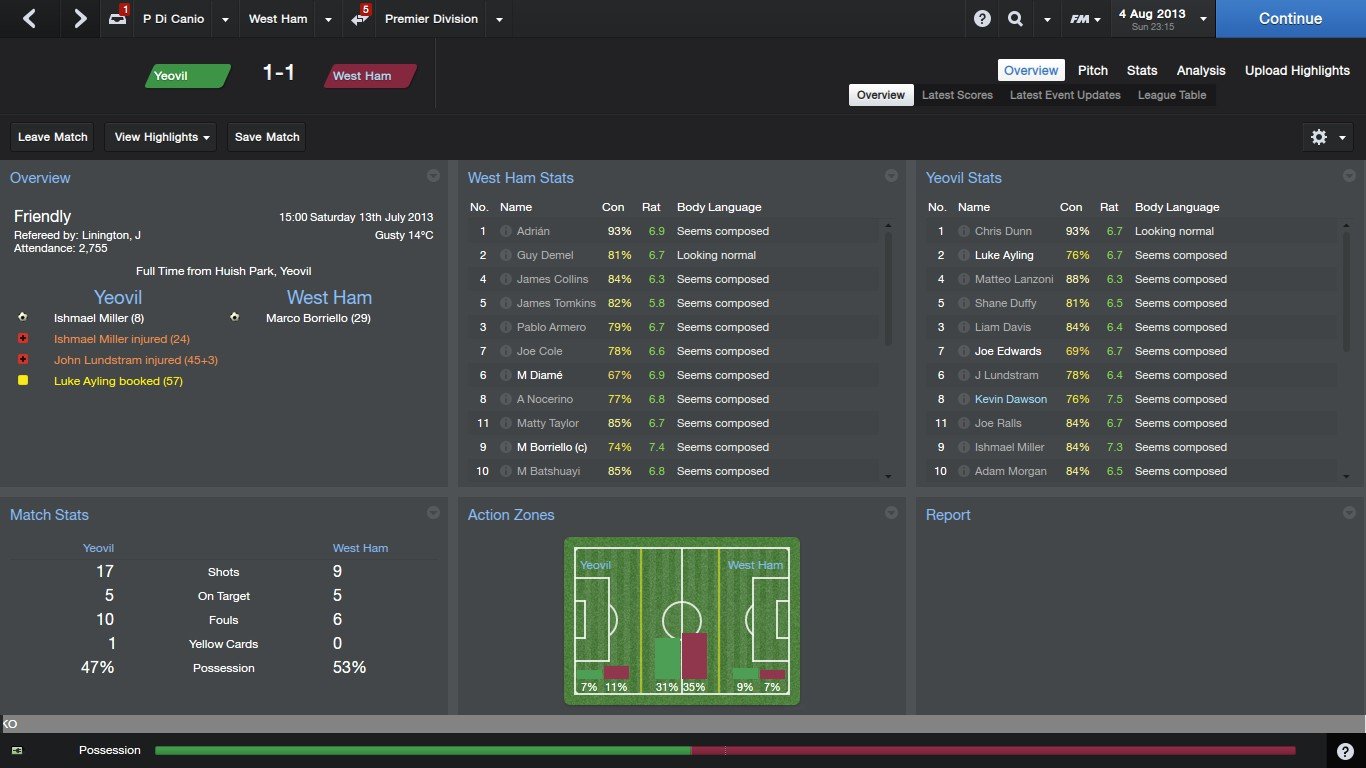 - Joe Cole
There's not much that I can say about this game to be honest apart from that when we actually did have chances, we just couldn't put them away and Gladbach did. We had more possession throughout the game, and we also had more shots but we couldn't put the ball in the back of the net. In all fairness, Gladbach didn't play that bad but I don't think they derserved to win the game on a whole. Maybe a draw was more of a fair result than them taking a win, it was only a friendly, it counts for nothing and is just used to gain match fitness ahead of the new season! In that area, I am happy with how well, the team are progressing, they seem to have an attitude where they aren't afraid to take on anything I just hope that will continue! 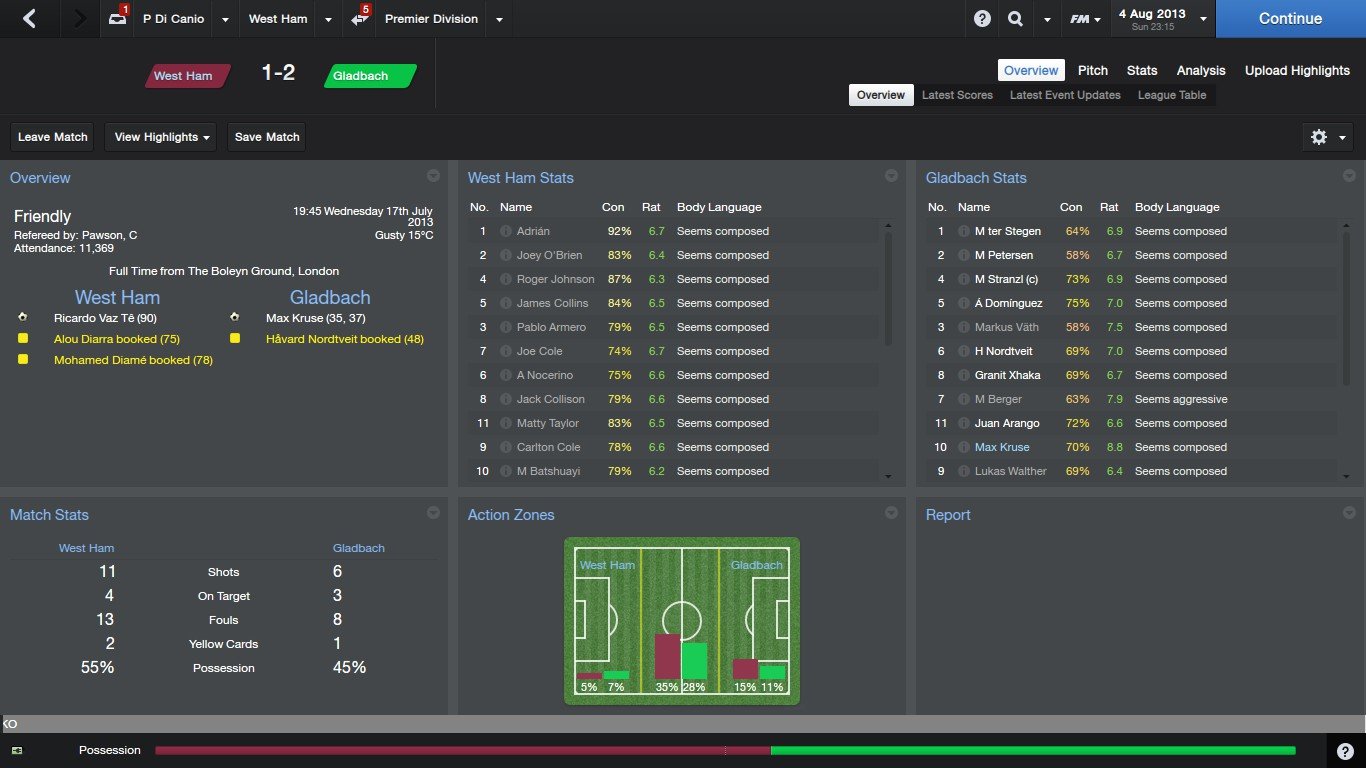 - Mohamed Diame
This game was a little bit like the game against Yeovil, Toulouse and had a game plan, and they executed it perfectly. They knew how to break us down and take advantage of our weak links in the team, I was a little bit disappointed, but that's football you win some, you lose some. We're getting closer to the start of the season, all the players look up for it and are ready to show everyone what they can achieve. I am looking forward to it myself (more nervous) but I know if the team sticks together than we might be able to go places this season! 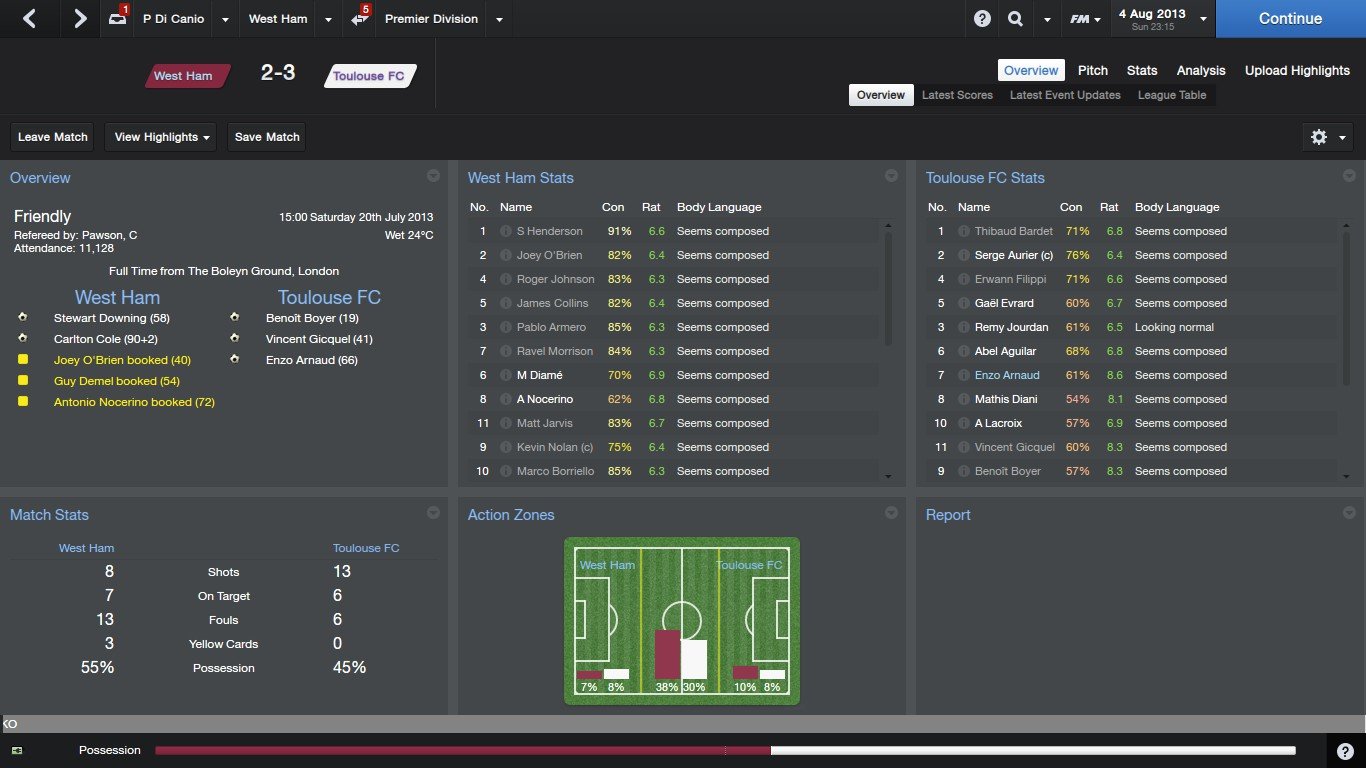 - Joe Cole
Wow! Our biggest win of pre-season for the lads. I couldn't be happier with the way we played, it was by far the best we have played throughout the whole of pre-season. We had double the amount of shots that Chelenham had and we had 10% more possession than them. Overall, it was a solid display from my lads, and I really hope for more of the same if we are going to do well this season! 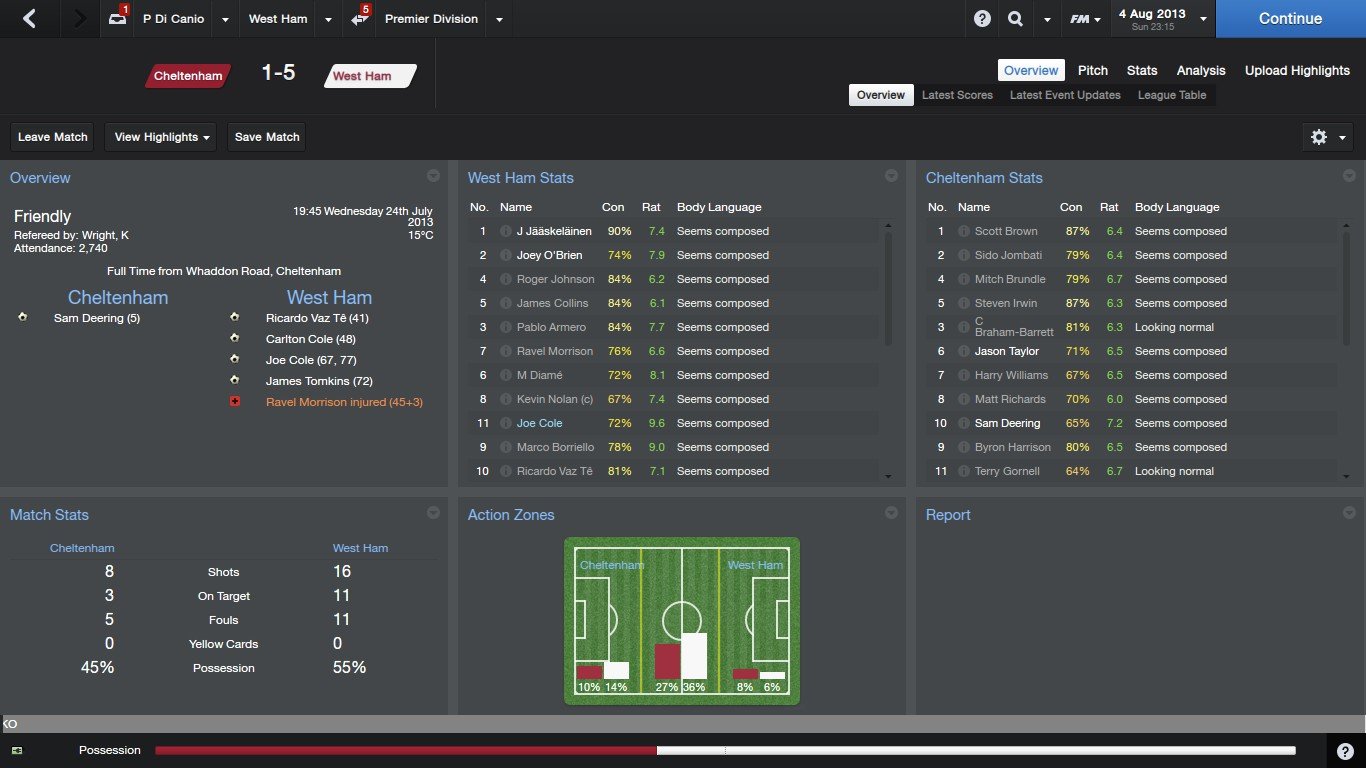 - Carlton Cole
Burton were never in the game and we dominated them from the first whistle to the last whistle. There is not much that can be said about this game apart from that we took some of our chances. We obviously didn't take all of them or the scoreline would have been a lot bigger, but we didn't need to. Burton were poor all over the park, i'm just glad we got the win! 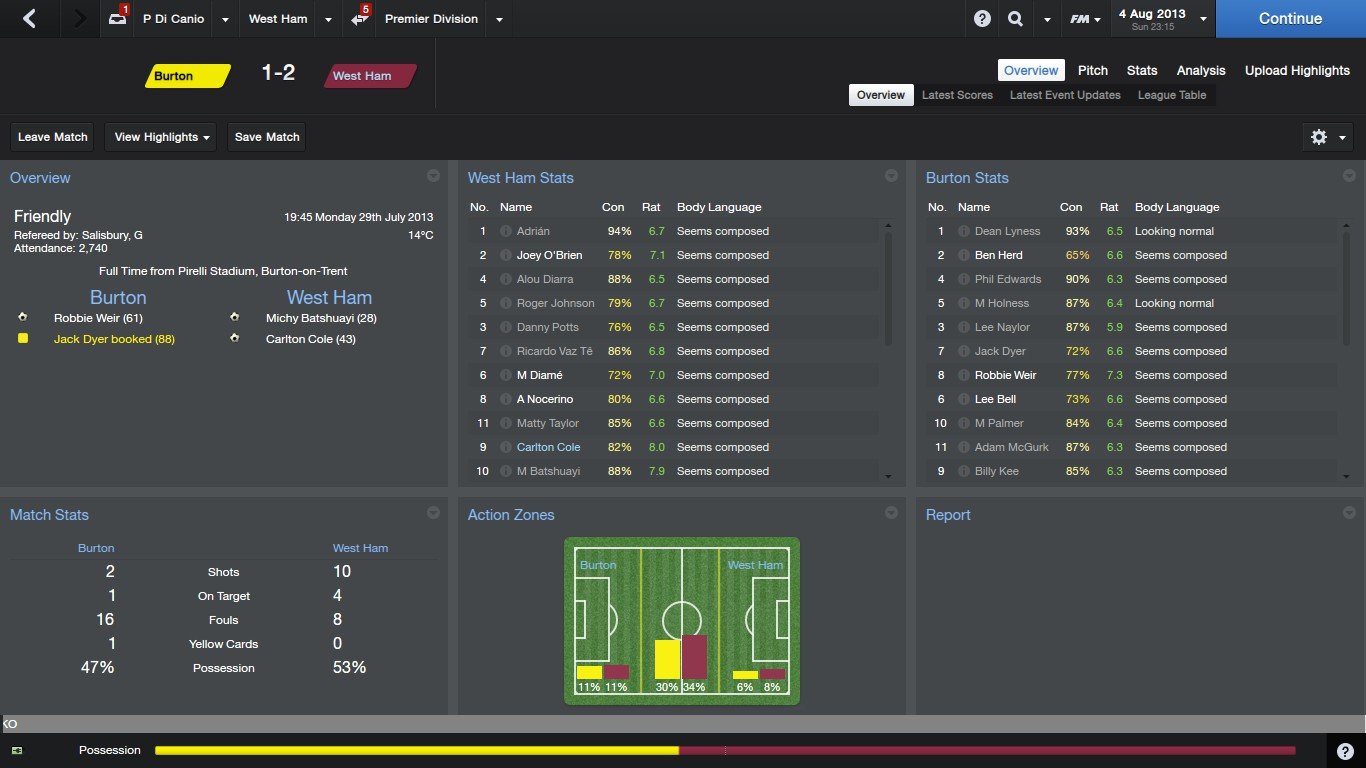 - Matty Taylor
Even though we didn't come away with a win from this game, I am happy to take the draw. Madrid are an amazing side when on top form, so to take the game to them is great from our point of view. So, that's it the warm up games have been played and I thought we had some good games and points in there. But obviously it wasn't perfect but what is? We will keep striving to achieve a near perfect game and I can't wait for the season to start! 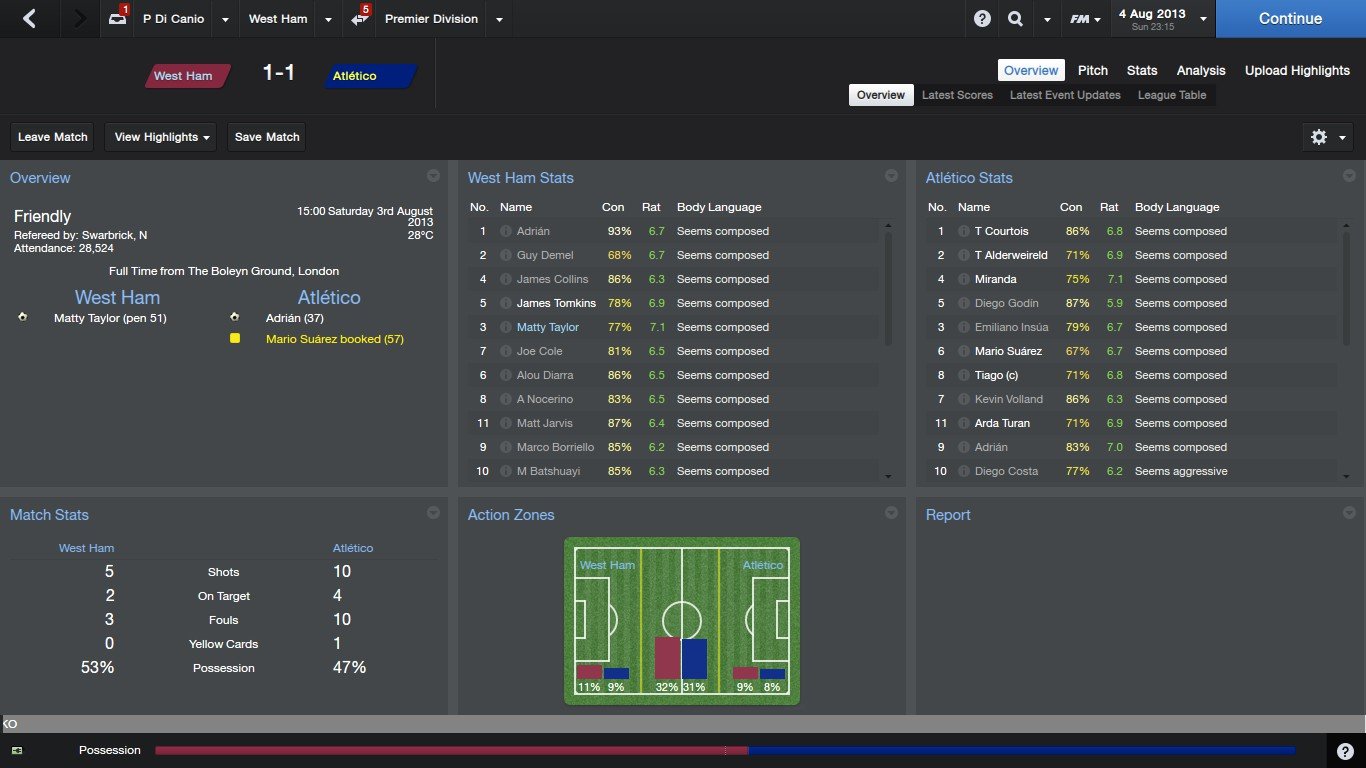 This is just a quick update so I can show you the kits I am using for the 2013/2014 season with West Ham. I didn't make these kits, all credit has to go ASR-PSV! These are his first kits that he has made, and I think he has done a wonderful job. Thanks bro 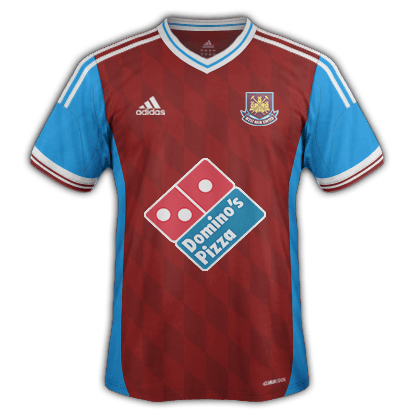 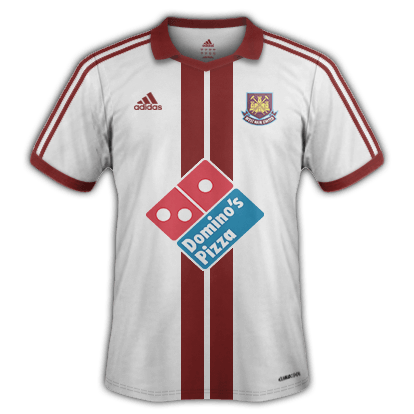 - Away Kit
Login to Quote

Glad you like them. Good luck in the coming season!
Login to Quote

ASR-PSV - I love them bro

Hopefully I can do well 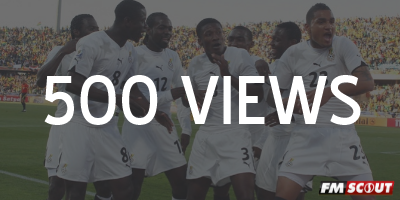 WOW! 500 views on my story already! I wasn't expecting it that quick to be honest, obviously to some writers on here, 500 is not a massive amount to them. But I'm so grateful that I have received that many views already! You are the motivation I need to keep writing my story, and I'm really enjoying writing this! Stay tuned for my story because there will definitely be an update tonight, thanks once again and here's to 1000 views!!!!!!
Login to Quote 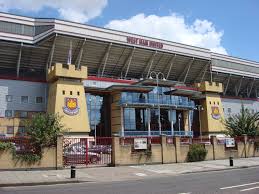 Dear Diary, As I am writing this there is only five days until the start of the new season. I would be lying if I said I wasn't nervous, all the work we have put in over the past few weeks since I have been here has now got to be put all together.

The players have been put through their paces in training, and I am really pleased with how they have all progressed. As I said, in my pre-season report the players seem to be getting along so well, but as we are getting nearer and nearer there relationship has got better and stronger.

I am confident that if I can keep all the players happy and preforming to the best of their ability then we can achieve something big this season. I have put the foundations in place to start us off, but I need the players to execute them to perfection when we play our first game.

If you don't already know, we are playing Liverpool in our season opener. Not an easy game by any stretch of the imagination, even though we are at home, Liverpool are a force to be reckoned with and they have some world class talents like Suarez and Gerrard. So we need to be at them for the off, and hopefully we can cause an upset.

The first game is not just about winning, but I want us to do it for Sam Allardyce. That, as you know was taken away from us not so long ago, I want everyone to see this great time that I am trying to put together and pay their respects to Sam. I hope it will be a brilliant occasion held by all.

That is really all I have to say for this diary entry, I will be writing to you next month to tell you how we are doing in the league and any possible occurrences that could happen inside or outside of the club.....
Login to Quote

squirmy420
8 years
Those kits made my go buy pizza... and I blame you for that. Otherwise this has been a great one to keep up with!
Login to Quote


Really looking forward to seeing how this develops!!