mrmalik - Thank you! I'll take a read at your story mate

haha Glad you're enjoying it mate!

CockneyReject - Hopefully you will enjoy reading it mate!

- Mohamed Diame
For our first game of the season we came away from Liverpool with a 3-1 loss. For the most part of the game they dominated us in every area on the pitch, we couldn't get anything going and fair play to Liverpool for playing the game the way they did. I am disappointed, obviously but there is a lot of football still left to be played. I hope we can forget about this game and move on so we can focus on the next game! 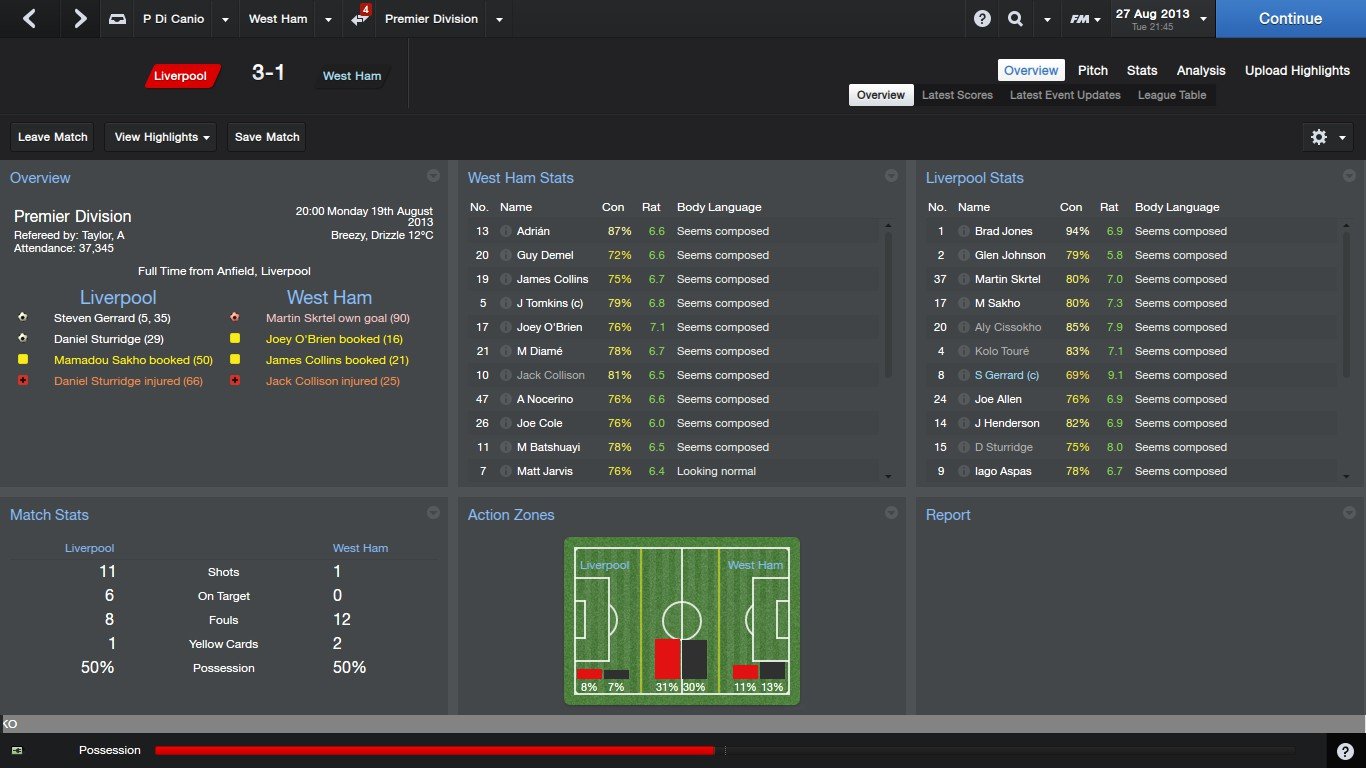 - Michy Batshuayi
Well, well, well. I didn't see this result coming but we played fantastic, to take the game to Manchester United and score six past them is amazing. Yes, we did concede four ourselves but we were the ones that came away with the three points and the end of the game. I can't praise the players enough, they attacked United straight from the off and took the game to them. They listened to what I said after the Liverpool match and were excellent in training and I'm so happy for them that it come off in the game! Bravo lads! 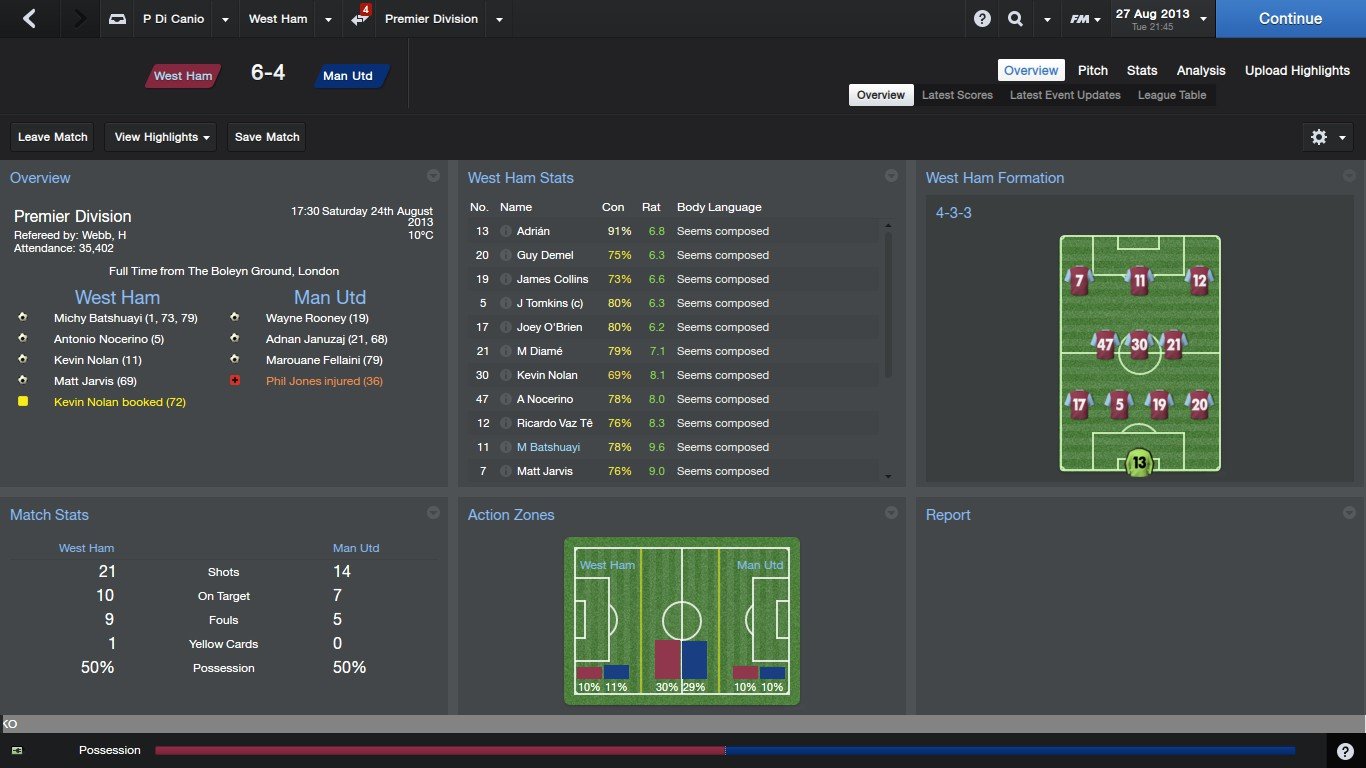 - Mohamed Diame
There is not much that I can really say about this game apart from that it was my fault why we lost the game. I wasn't really that bothered about the game, so I put more a second team out rather than my starting eleven I thought the eleven I did put out were good enough to win the game though. I shouldn't have done this, and should have put a stronger team out, like I said though, I wasn't too bothered about the game and I would rather focus on the league and trying to push up into the Champions League qualification spots! 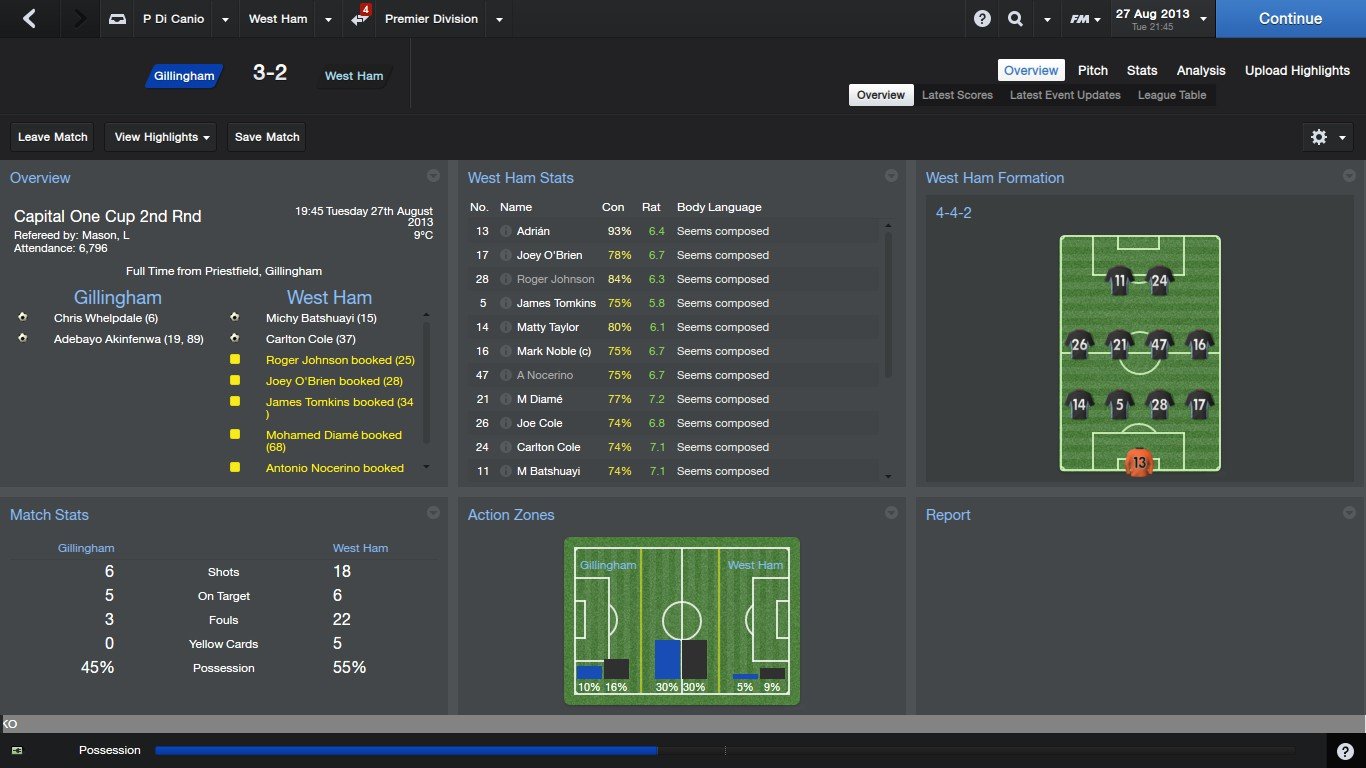 As you can see below, after two games we are sitting nicely in 10th. After having to play Liverpool and Manchester United for the first two games, I am very happy with where we are. There is still a lot of football to play, and I'm very confident that we will be moving up the league in no time! 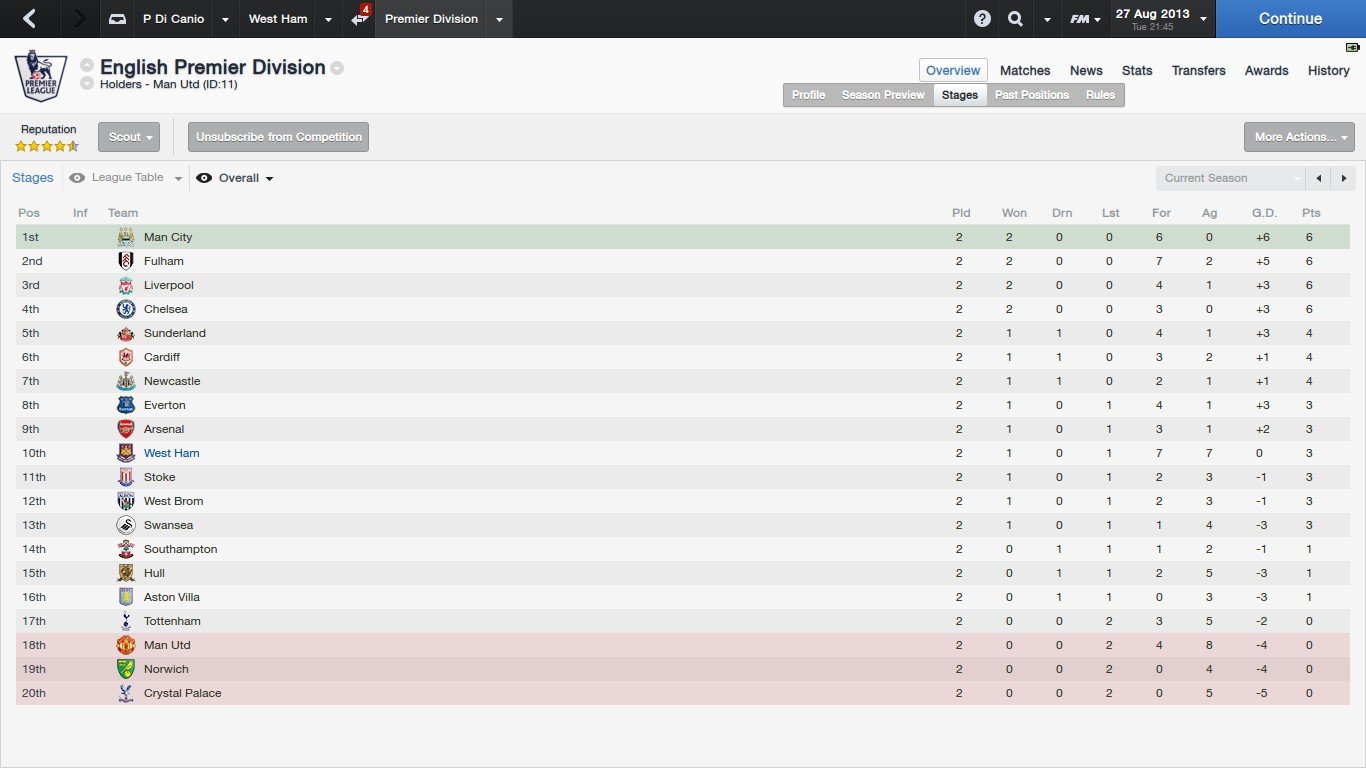 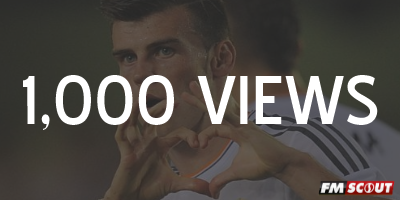 Can't believe that I am posting that I have 1000 views already! It's only just over a day that I put I had 500 views on my story, so now to be saying I have 1000 is such a great feeling for me! Like I said yesterday, thank you for all the support on my story, I probably don't say it enough but I am so grateful for everyone that comments/reads my stories. It really does motivate me more, to make each update better and better, I love writing stories on here but it's so much better when you do receive comments! The next milestone is 2,500 views, and hopefully I will hit that target! Keep reading because there will be an update tonight! Thanks once again

JordTheDesigner
8 years
WHOOOOOOOOOOOOOOOP BETTER THAN MY STORY
Login to Quote

Griffo
8 years
If this is react when you get 1000 views I can't wait to see what you do if you win story of the month! Haha!
Login to Quote 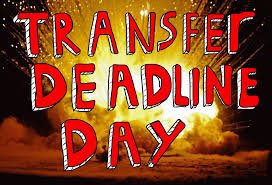 The transfer window has slammed shut until January. Paolo Di Canio brought in two players to try and improve his West Ham squad.

The first player that was brought in was Michy Batshuayi from Standard in the Belgium Pro League, for a reported fee of £6.75M!

No major business was conducted after that by Di Canio, until the final night of the window, where he brought in teenage startlet Ryan Gauld from Dundee United in the Scottish Premiership. The reported fee paid was £7.5M!

"Ryan is a brilliant player that will fit the bill perfectly I think. £7.5M was probably a little bit over the top, but at the end of the day he is seventeen years of age and has at least ten to twelve years to reach and develop his potential. I can't wait to see him in action because I think we have attained the services of a wonderful talent." West Ham manager Paolo Di Canio on the transfer.

" It's a dream come true for me, I am seventeen years old so to be playing in the Premier League is such a wonderful thing for me. I can't move to West Ham until January, so hopefully I can improve on my game here at Dundee just a little bit more and then show all the West Ham fans what I can do in January.

We will have to wait and see if this transfer made by Di Canio is the right one, and we want to wish both Batshuayi and Gauld good luck at their new clubs! 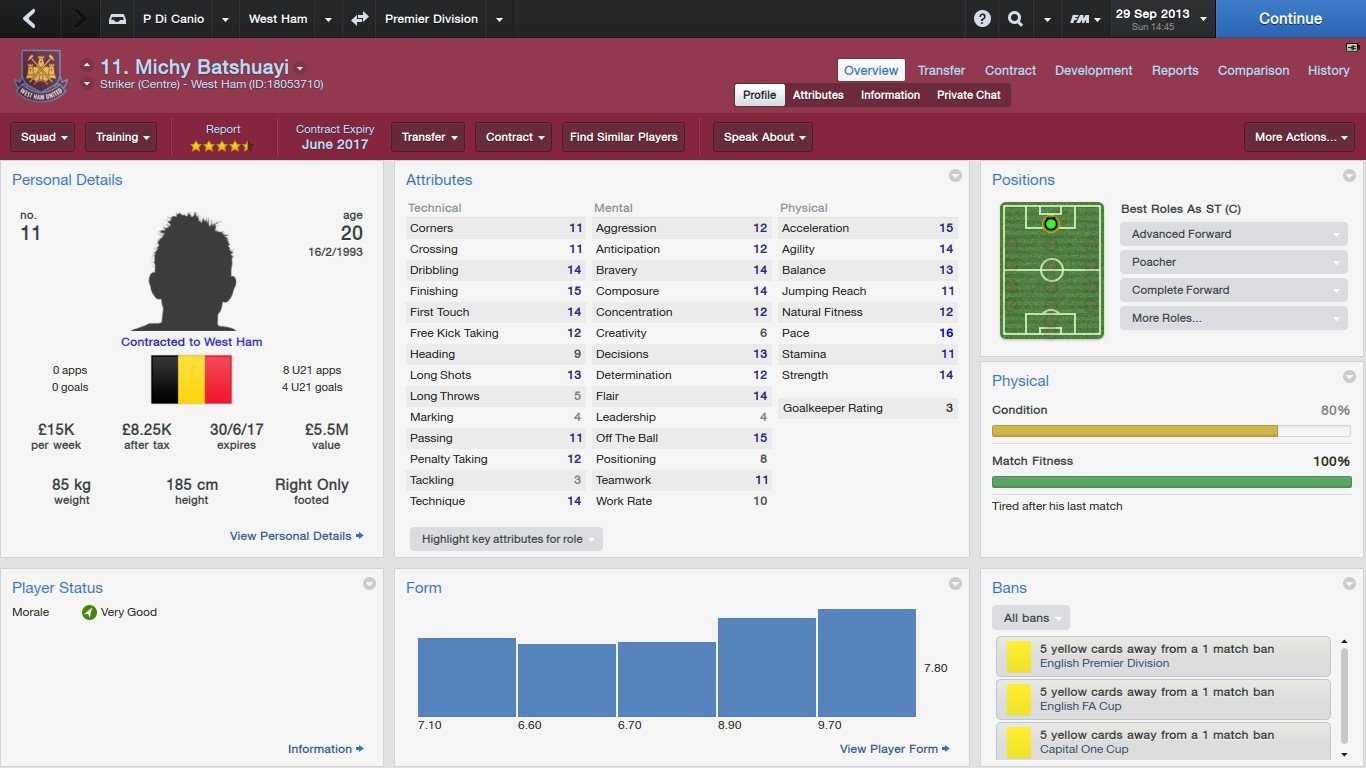 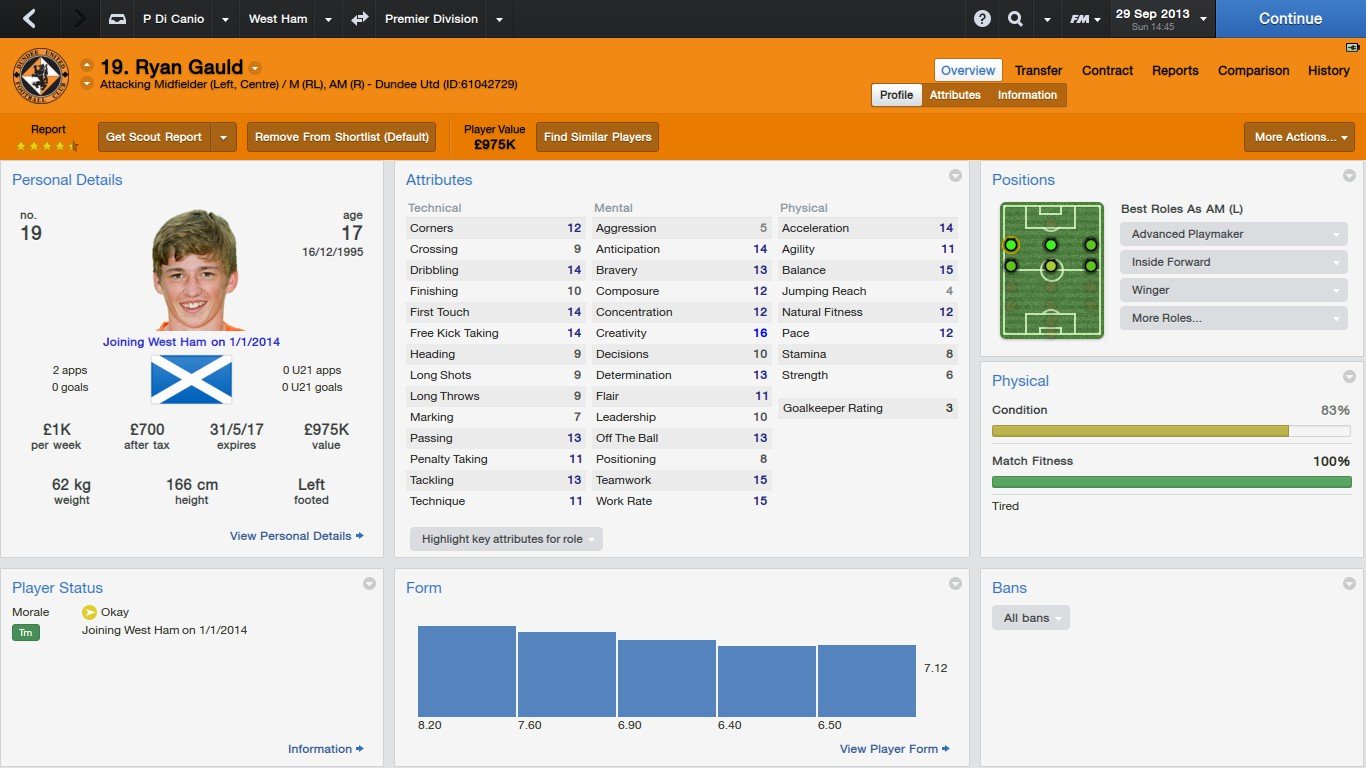