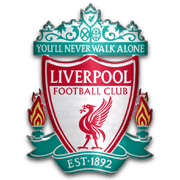 Hello all, welcome to my new FM story. For this save I’ll obviously take over Liverpool with the latest update data circulating.

Therefore, all squads are updated as of June 26th 2014, despite me starting this story in 2013. To clarify, however, the story will be set in 2014, as I will be using much of what’s happened in the 2014 Brazil World Cup as part of the story.
1
Login to Quote 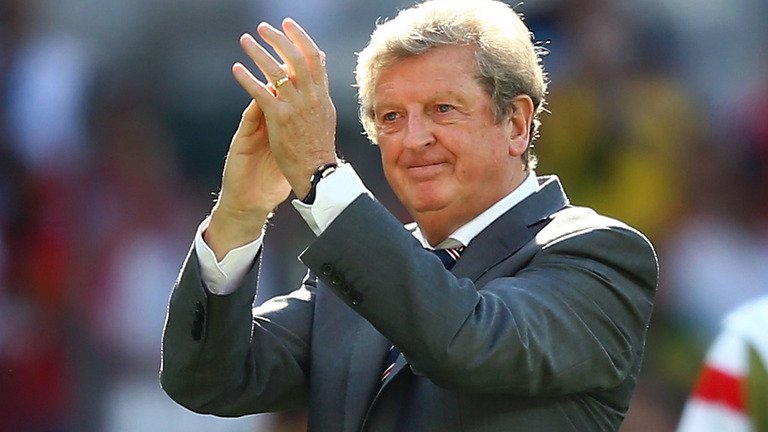 Roy Hodgson has stepped down from his post as England manager after crashing in the group stages of the 2014 FIFA World Cup.

Hodgson had stated following their 2-1 defeat to Uruguay that he’d remain as England manager regardless of their result against Costa Rica, but has now decided to depart after two years in the hot seat.

An FA statement read, “Roy Hodgson has deemed England’s campaign as a failure and as a result has made the decision to resign from his post as England manager.

“We agree that England’s World Cup hasn’t been satisfactory, therefore, we accept Roy Hodgson’s decision to vacate the post of England manager.

“We would like to thank Roy Hodgson for taking on the job in 2012 and guiding England to Brazil in 2014. The entire association wish him all the best for the future.”

The FA are yet to make a statement on recruiting a new manager, but various sources across Britain reveal that former Manchester United captain Gary Neville could be their preferred choice.

Everton manager Roberto Martinez is also believed to be on the FA’s initial shortlist, as well as the now retired and ex-Bayern Munich boss, Jupp Heynckes.
Login to Quote

WOULD CHEW BELIEVE IT?! 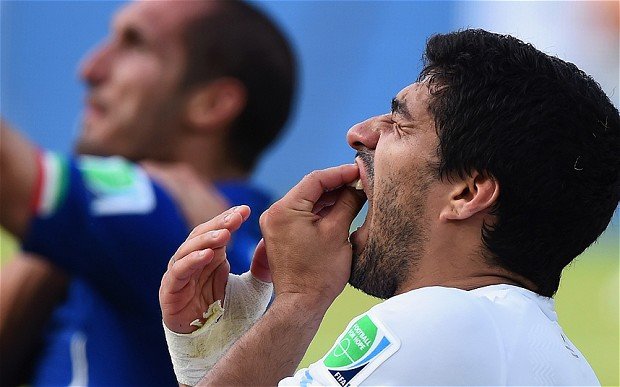 Liverpool star Luis Suarez could face a two year ban after biting Italy’s Giorgio Chiellini in Uruguay’s 1-0 win over the Azzurri in the 2014 World Cup.

According to the replays shown, Suarez attacked Chiellini on the shoulder, but the incident went unpunished by officials.

The Barcelona transfer target could now spend yet another extended spell in the stands, having bitten Chelsea’s Branislav Ivanovic at the end of last season.

Suarez, who also had a similar incident with ex-PSV Eindhoven man Otman Bakkal whilst playing in the Dutch Eredivisie, will have his actions reviewed by FIFA pending a likely suspension.

The Uruguayan’s latest scandal isn’t expected to be welcomed by Liverpool fans either, as Reds fans brace themselves to lose their star player once more due to his conduct.
Login to Quote

Aaron
6 years
Finally :') It looks like we will have a long term Liverpool story!

The 2-year ban would be very interesting! Good luck!
1
Login to Quote

Stephen_G
6 years
Looking forward to see what you do with Chewy Suarez.
Login to Quote 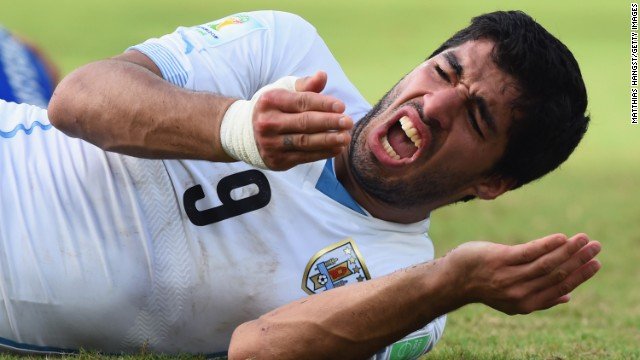 The incident is the third time Suarez has bitten an opponent and he will also be suspended for the next nine international games for Uruguay, subsequently meaning that his World Cup campaign is over.

Suarez will now also miss Liverpool’s start to the season, as well as the Copa America next year, with the Uruguayan skipper forbidden from training with his teammates or entering arenas on match days during his ban.

The ban doesn’t, however, impede Suarez from moving clubs this summer, but it remains unclear whether possible suitors such as Barcelona and Real Madrid have been put off by his bite on Chiellini.

The Uruguayan FA has made complaints over the pressure implemented by both the British and Italian media and are now likely to appeal the ban.

Suarez will now return to Uruguay, as his nation prepares for their last 16 clash against Colombia without their captain.
Login to Quote

NO LOVE FOR SUAREZ 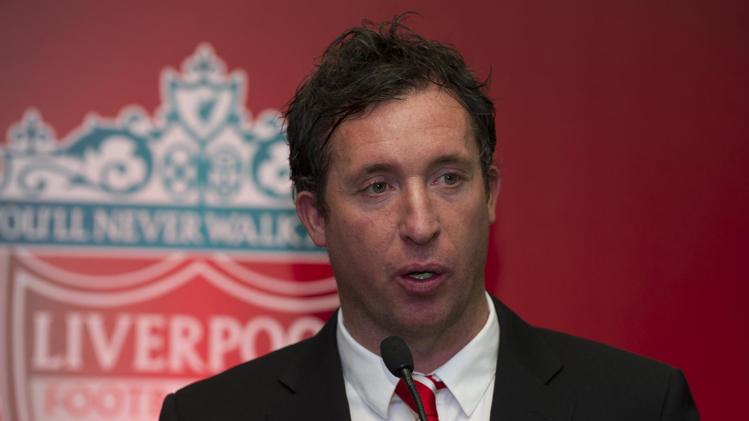 Liverpool legend Robbie Fowler says Luis Suarez's time at the club could soon come to a conclusion after blemishing the club’s name yet again.

Suarez has created another storm in world football by appearing to bite Italy defender Giorgio Chiellini in Uruguay's 1-0 Group D win over Italy to reach the World Cup last 16.

The forward now faces a nine game and four month ban from football, having bitten another two opponents in the past.

With both Real Madrid and Barcelona linked with a summer move for Suarez, fellow Kop idol Fowler would not be surprised if Liverpool let their talisman go.

”Most Liverpool fans love him as a player but he’s continually dragged the club’s name through the mud,” Fowler told talkSPORT's Alan Brazil Sports Breakfast show.

”It’s not right, especially after how they helped him last time. They tried to rehabilitate him. I wouldn’t be surprised if Suarez left now.

”He’s a different person on the pitch. I’m flummoxed, he’s dragged the good name of Liverpool through the mud again, and it’s not right. You can’t defend him. I love him as a player but you cannot condone what he’s done.”

Real Madrid could soon end their interest in Suarez, however, with reports in Spain stating their pursuit of the PFA’s Player of the Year relying on Adidas’ stance on the player.

On the other hand, Barcelona are likely to maintain their interest in Suarez, with rumours circulating of a £50 million plus player bid from the Catalan giants.
Login to Quote

SHEARER: ONLY TWO MEN FOR ENGLAND 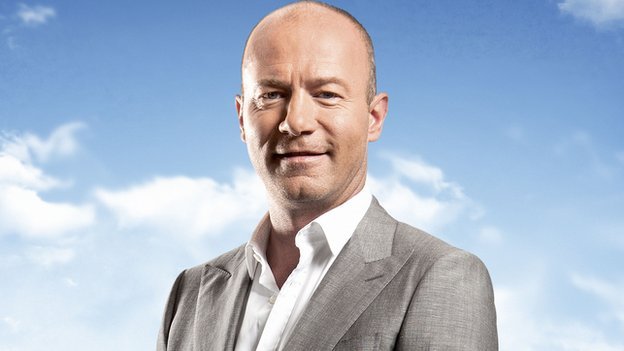 Former England international Alan Shearer believes Gary Neville and Liverpool’s Brendan Rodgers are the two names the FA should be looking to appoint for the England job.

Roy Hodgson left his post shortly after England’s World Cup exit, leaving a rather youthful looking side ahead of Euro 2016 and the 2018 FIFA World Cup in Russia.

Shearer maintains the ideology that England should appoint a British manager, with Neville and Rodgers being his outstanding candidates.

“There is only two ways England can and should go if they are serious about making a big impression at an international level with a British manager,” said Shearer.

”My first candidate would be Gary Neville for numerous reasons. I believe that he has proven his intellect both as a footballer as well as now, so it would be a good choice to choose him.

“Neville knows many of the players already, he’s been part of the setup and I trust he knows which direction we should go.

“Rodgers is my other choice, as he has proven in the past season with Liverpool just how good his work can be.

“Many of the best English players are from Liverpool and I sense more good players will soon come into the fold, so again we have the advantage of a manager being familiar with his options.

“Rodgers can get us playing quality football and I trust him over most to successfully plan for future generations, such has been his success at Liverpool."
Login to Quote

You are reading "Liverpool FC: Won't Look Back".