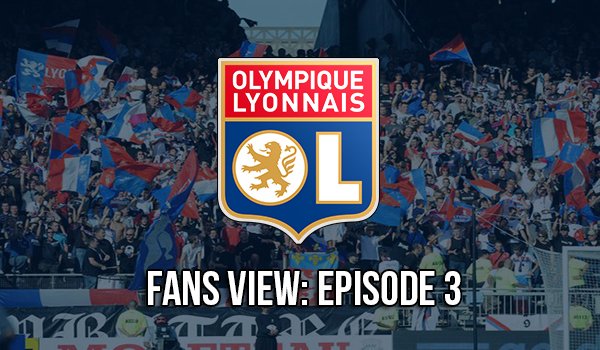 Well, as we have seen plenty of times in the past, a month makes a big difference in football. This has certainly been the case at Olympique Lyonnais, with questions raised about the consistency and ability of squad members as well as the manager, an unbeaten run in December has now silenced these critics. The team returned to playing free flowing and attacking football, entertaining fans in the process and restoring confidence around Stade de Gerland.

So, yes these supporters will be delighted with recent results, but we want to take our analysis that step further. We are again asking for the opinions of our three loyal Les Gones supporters, Josh Slater, Neal 'Suresh' Hasan and Jeremy Pauker, with these so called experts sharing their views on all the recent action in and around their beloved club.

With doubts creeping in, and as already mentioned, questions raised about the team’s consistency, it has been a complete turnaround with some excellent results in December. The early season form was fantastic but in recent weeks there was a number of disappointing displays leading to these critical remarks, but Juninho’s men have found an answer in the perfect fashion. What do you make of the players and the manager’s response, to the fans concerns?

Slater: ”They have shut everyone up, there’s no doubt about that. I was hoping our performances in November were just a major blip in form, and in December we proved this so. Previously, I spoke about Juninho now needing to prove himself to be capable in man management, and he did exactly that. We didn’t see any heartless, passionless displays anymore and instead we were back to watching fantastic football as we had wanted.”

Hasan ('Suresh'): ”The response from the players was terrific. Any bad displays they put in the back of their minds, pushed on, and showed the signs of real winners. Even the best can have a bad patch, but it’s how you respond to this and what you do next, which proves your true talent. We can all see that this is a very talented bunch of players, and it seems as if they have the right mentality too.”

Pauker: ”I am not surprised, I predicted it. I knew we would fight back, I told you so. If you remember correctly I told you we would return to form and we did. This proves it, anyone doubting me before can forget about it….. I am the greatest.”

Having breezed past the Europa League Group Stage, topping the group with not a single loss, the club are now into the 1st Knockout Round of the competition. Many are dreaming of a glorious European run, but with the draw having been made last week, it’s going to be tough to even make it past this round. What are your thoughts on being handed a tie against Tottenham, do you think Lyon can progress?

Pauker: ”Hahahaha, good joke…Spurs. Oh wait, you were serious? Oh sorry, yeah Tottenham have a great team. Ah, who am I kidding? We will win, no problemo.”

Despite hailing his side’s quick return to top form, manager Juninho has still been open to new signings in the approaching January transfer window. Do you share the boss’ sentiments, and which area would you like the club to strengthen in?

Slater: ”I think some fresh faces at the club would be great! Perhaps a new striker?”

Hasan ('Suresh'): ”Personally, I don’t think we are too desperate for a new addition to the squad, but if someone with real quality does come available then we should look into it. There is no point rushing into a signing that we don’t need. Still, I trust Juninho’s business in the transfer market and eagerly anticipate any dealings he has lined up.”

Pauker: ” Yes, we need some new signings, definitely. Perhaps we could get that guy, y’know that guy. That utter monster, damn what’s his name again? Oh, it’s Emile Heskey. We should sign Emile, m’kay?”

That’s it for today’s episode of ‘FANS VIEW’, but be sure to join us and our three wonderful experts next time for more Les Gones talk!

Feliks
6 years
Pauker know's what he's on about, bring Heskey in

pompeyblue
6 years
fzemdegs: Haha nice one, Pauker never knows what he is on about

Jer
6 years
y's every1 against me 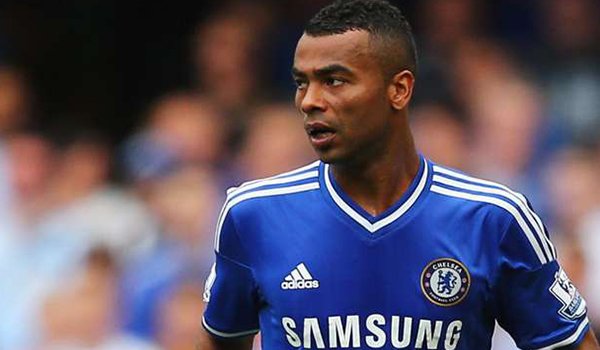 Former Chelsea and Arsenal defender Ashley Cole, has completed his move to French side Olympique Lyonnais, on a free transfer.

Cole, 33, is highly experienced in football and by some is still rated as one of the best left backs in the world, despite being past his best playing days. He has won countless trophies in his career, but has picked up a bad reputation in the past, particularly when making the switch from Arsenal to Chelsea.

After 8 seasons at Stamford Bridge, the club opted not to renew Cole’s contract, and the Englishman has been available on a free transfer ever since this summer. Interest did come from clubs such as AS Roma, following his release from Jose Mourinho’s side, however a move never materialised.

Olympique Lyonnais boss Juninho was looking to strengthen in the left back department, with Henri Bedimo the only natural player in this position, and didn’t hesitate to snap up Cole on a two year deal. Samuel Umtiti can also play in this role, but he is favourably a central defender and doesn’t offer the experience of a player such as Ashley Cole. 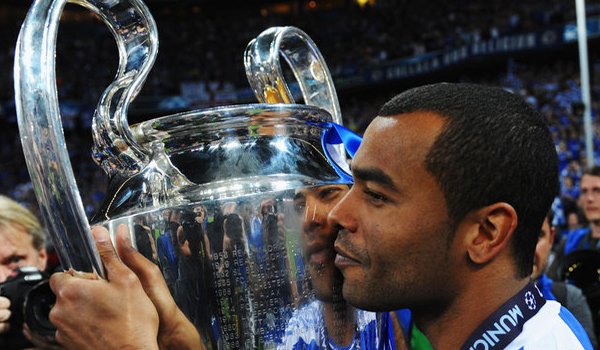 Ashley Cole holds the Champions League trophy after winning the competition back in 2012 with Chelsea, just won of the many pieces of silverware he has lifted in his career.

Juninho, 38, believes the signing of a player of Cole’s quality is a real coup for the club and shows their intention of bringing the big names to Lyon.

”Ashley [Cole] is a great player, and I am delighted to have brought him to the club. He offers vast experience, still has plenty of ability and really strengthens in area which I had targeted improvement on. [Henri] Bedimo is a good player too, and will offer good competition, but previously he really was the only specialist in this position.”

The Brazilian had no qualms over the 103 time capped England international’s fitness levels though, despite not being in and around a club full time for 6 months nor having too many games in his last season in England either.

“He has a lot to bring to the team, is determined and eager to be playing football again, which is understandable after 6 months out of the game. He has kept up his fitness incredibly well and I have no problems in him being able to readjust to competitive football again.”

Cole himself was very pleased with the move, admitting to reporters that he had missed not being part of the game.

”It’s been tough, I am not going to lie. I had an offer in the summer but in the end it didn’t work out, and unfortunately I have been without a club since. But, that’s football. Things just don’t come off sometimes and that was the case. Thankfully, this great club, Olympique Lyonnais have come in for me and I am raring to play regularly again. “

Cole has been handed the number 27 shirt for Les Gones, and will likely be thrust straight into the squad for this weekend’s French Cup game against AC Arles-Avignon. 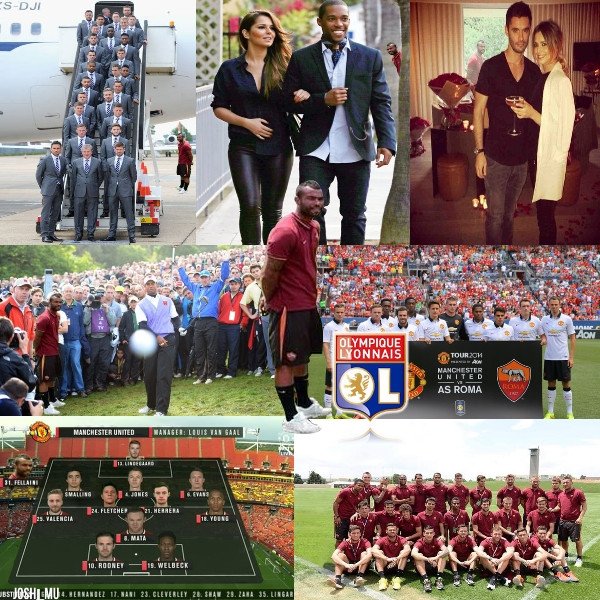 I guess he'll fit right into your squad...?
Login to Quote 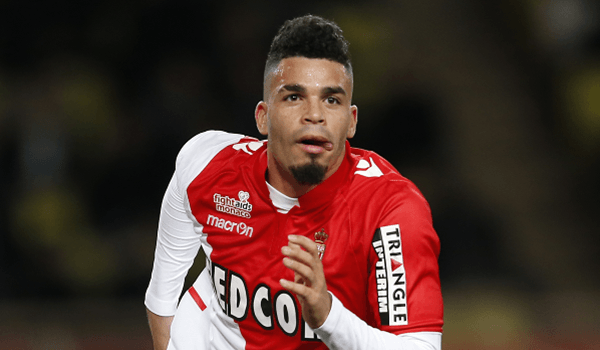 French forward Emmanuel Riviere has departed AS Monaco on loan to fellow Ligue 1 side Olympique Lyonnais, until the end of the current season.

The 24 year old is primarily a striker, however he can also operate as a right sided attacking midfielder. Riviere began his career with AS Saint-Ettine, before moving onto Toulouse and AS Monaco. During this time at these three clubs, he has scored 46 goals in total, most prolific for Les Rouges et Blancs.

He was particularly an important player in their return to Ligue 1, eventually bagging 13 goals, over the course of the season. However, with more high profile players making their way to Stade Louis II, manager Leonardo Jardim no longer saw Riviere as part of his plans at the club. Thus, he was listed as available for loan and Les Gones are the team to have captured the former France U21 international’s signature, albeit only on a loan deal.

Lyon are to pay a monthly fee of £93k as part of the agreement, with half of Riviere’s wages also to be paid by the team that play their home games at Stade de Gerland. Also as part of the deal struck between the two clubs, OL will have the option to purchase the player following the end of his loan spell, for an already arranged price of £3.3m.

Riviere possesses great pace and power which should make him a good asset for his new team. He will be able to fight for one of the attacking midfield roles in Olympique Lyonnais boss Juninho’s preffered formation, but mainly will have been signed as a strong competitor to star man Alexandre Lacazette. Juninho told press that personally, he believes that the deal represents a very good piece of business for the club.

”Emmanuel is a talented lad and as a player, I like him a lot. He is quick, strong and has a good eye for goal too. He is a great addition to the squad and gives us more competition on the striker position, which was something I really wanted heading into this transfer window. Personally I do believe that the loan move represents a very good piece of business for the club too, especially with the future fee option. Hopefully Emmanuel will prove his worth over the next few months, and we can look at bringing him in on a permanent basis.”

Emmanuel Riviere follows Ashley Cole in signing for Lyon, during the January transfer window, and the latest addition has been handed the No.11 shirt at his new club.