Zed
6 years
Oo great badge, I wonder who made it

Thanks everyone for reading and commenting, and making this the best story I have had!
Login to Quote

Walter
6 years
Unlucky, motivation is hard to come by in saves like this

It was a great story nonetheless!
Login to Quote

Justice
6 years
Shame to see this end, I really did like this story

k1rups
6 years
I know what you mean. Shame to see it end 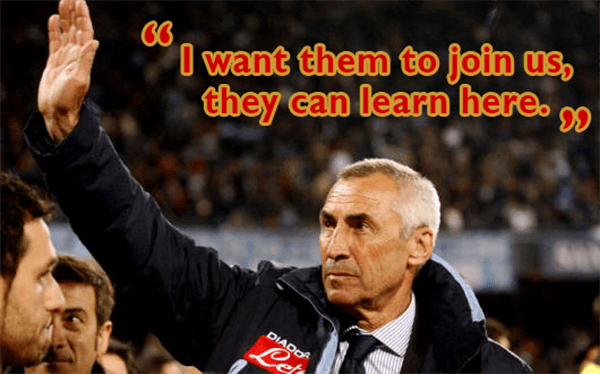 Agostino Toniolo was the first to make his I Gondolieri debut, and made an instant impact, netting against Bari to give ASV all three points. He has since then gone onto make seven more appearances for the club, but has not netted since.

Toniolo, who was born in Padova, has been with the club since its formation, and is showing constantly that he will be a star of both Venezia and the Italian national team for years to come.

Centre Back Edoardo Mio is the second player Juventus want to join them. He made his Gondolieri debut against Virtus Entella, but did not enjoy such as good debut, but still has impressed, and has grown as a player with the first team, and in the other two games he has played for Venezia.

Mio, who is labelled the next Franco Baresi by the media, hails from San Vito di Cadore, but has supported Venezia since Thomas Allery founded the club in 2013. He is also touted to be one to watch, and will want to progress to reach his full potential.

Centre Back Manuel Evangelista is also attracting interest from the club based in Turin, despite not playing a first team game for AS Venezia. Evangelista is probably the weakest player of the three, but still has bags of potential, and Venezia will not want to sell any of their star prospects.

“They are all fantastic players with heaps of potential. They are key players in the reserves team now, but it won’t be long before they are fully integrated into the first team. They have great futures ahead of them and need to work hard, here, in Venezia, to reach their full potential. I have no intention of selling, and this can be a huge learning curve, to ignore interest from the biggest clubs in the world you will most definitely get interest when you are a good player.”


Juventus manager Edoardo Reja, who replaced Antonio Conte last summer, said he wanted them to join the academy at Juve.

“I want them to join us, they can learn here. Juventus have a history of producing some of Italy’s best players, and I feel they fit that bill. It would be great for them to say “I came out of the same academy as Del Piero, Marchisio and Paolo Rossi”, they would love that. They would definitely get game time as well; I just want them to join.”


It is currently unclear whether Juventus have lodged any formal bids, or just expressing their interests, but one thing is for certain, Venezia will not want to sell them cheaply.

Yes, it is back! Ending this made me realise how much I loved writing this, and made me want to continue, so yeah it is back. Forza Venezia!

Also, do not click on page 17, really, don't
Login to Quote

Glad to see this back after so long.

Oz96
6 years
Didn't take you a while to get back onit, good luck!
Login to Quote

Griffo
6 years
Just do what makes you happy Tall!
Login to Quote

Neal
6 years
YES! Glad to see this go on!

Zed
6 years
Like Griffo said, do what you prefer. Btw, I love this story so I'm very glad it's back

http://i4.ytimg.com/vi/3N935FVqRD8/mqdefault.jpg
Glad to see this back after so long.

Didn't take you a while to get back onit, good luck!


Just do what makes you happy Tall!

Like Griffo said, do what you prefer. Btw, I love this story so I'm very glad it's back