I am going to be honest with you. I didn't know how an unknown English businessman owning an Italian Football Club would go down. What would the fans of Italian Football say? What would the press say? I didn't know. When the Italian Football Federation (FIGC) announced the club and the fact that an English Businessman would own a brand new club, I stayed awake for hours, checking La Gazzetta dello Sport comment section. I must of checked BBC Sport millions of times as well. I was so nervous. But I am happy, in fact, very happy that the public took to it. They liked it and supported it. There were only a few bad comments on the websites that I saw, but that is to be expected. I am so pleased that I have been accepted into Italian Football.

The Club unveiling went really well. Everyone loved the logo, which looks magnificent and sums up not only the club, but the city of Venice as well. Nike did fantastically with the kits, which are plain and simple, yet so effective, just what I like. The sponsorship we secured with YOOX was great, the fact that such a big Italian company wanted to sponsor us, is great. It means we had the attention of the globe. And to have a partnership with UNICEF is great. UNICEF do such great work, and the world would be a different place without them. It shows that we want to create an image of a good club, not a bad one, like Barcelona at the moment.

When I phoned Alessandro Nesta to ask him about the job, he had literally just retired a few days ago. I knew he had been working on his badges and that wouldn't be a problem, but whether he wanted to take the jump so quickly. I was astounded by his enthusiasm and how he wanted the job. I knew that he was the one for the role, so I offered him a one year contract. When he arrived, a spoke about the plans for the club, the new stadium, and facilities, and he was impressed about how I had planned it all out so quickly and professionally. I knew we would get on well, until about a week ago, when he told the press about me not increasing the wage budget. That annoyed me. I was disappointed in him, and I was ready to sack him, but I called him to a meeting, and gave him two options, attend, or be sacked. He wisely attended and apologised straight away, and I knew it was a genuine mistake on his behalf.

But that is behind us now, and he managed the team throughout preseason. Some of the results were disappointing, but there were also some very pleasing games.

I am not expecting much this season, maybe to finish in the top half of the table. Serie B is a strong league with lots of great teams and players, and the club is new, so you can't expect success, but if anyone can bring it, it would be Alessandro.
Login to Quote

AlexTHFC
5 years
Very nice updates, you do them in great detail!
Login to Quote

AS Venezia started their madien campaign this month, starting with a games against Siena and Frosinone.

The clubs first ever competetive game ended with a three nil defeat, in which they were outplayed, in which 10,135 saw at the Stadio Pieruigi Penzo. It started off bad for Venezia, conceding six minutes in, after Matheu netted. On the stroke of half time, Siena got another, this time Emeghara found the net. ASV then conceded again, with Plasmati scoring in the fifty-fourth minute.

The final game in August was against Frosinone, in which 2,019 people saw Venezia emerge as winners at the Matusa. Iaquinta netted first for I Gondolieri, in the twenty-seventh minute. Barillà then netted in the eighty-second minute to round off the victory.

AS Venezia sit 8th, with three points after one loss and one win. They have scored 2 goals, conceding 3, leaving them with a goal difference of -1.

I Gondolieri will play five games next month, playing Cittadella away, Lanciano and Crotone at home, Varese away and Pro Vercelli at home to round off the month.
Login to Quote

Feliks
5 years
Decent start, hopefully you can improve next month!
Login to Quote

One in on Deadline Day 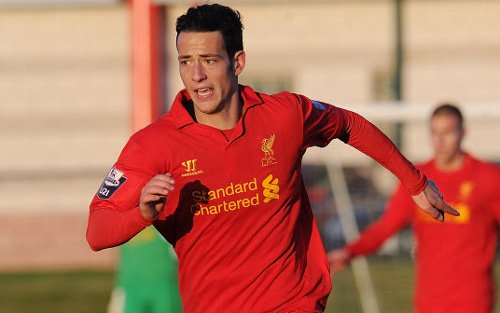 Deadline Day has passed, with AS Venezia announcing one signing. Krisztián Adorján has signed from Liverpool for a fee of £375k, becoming the clubs first ever money-paid signing.

The 20 year old Hungarian started his career at MTK, and then moved to Liverpool, in which he has not made an appearance. He will provide backup to Valenta and Seijas this season.

"I am very happy to have signed for Venezia. I hope I can do well here and win lots of trophies. This is not a stop-over, I want to play here for a long time and help the club grow, and make a name for myself."


The Attacking Midfielder will take the number 10 shirt for the club.

It is also reported that Venezia came close to signing Obita and Maguire from Reading and Sheffield United respectively, and had offers accepted, but the wage cap of £4,800 prevented the deals.

"I had nearly completed deals for them, but this stupid wage cap stopped them. It is annoying and we could have signed two really quality players."


Nesta also revealed that it had prevented other deals.

"We could have signed five or six other players, but we didn't, because of this."

Zed
5 years
Adorján is a good signing, I've seen him play for Groningen irl, and he's pretty talented. The first results have been decent, hopefully next month you can improve your position in the league!
Login to Quote

So, this month, we made our first competitive appearance. I am very surprised at about how many people turned up for that game. 10,000 odd I think it was, it is just amazing. It just shows how much people are behind the club. The atmosphere was amazing, the fans singing their newly created chants at the top of their voices. I think one went something like "Oh Nesta, Oh Nesta, you’re the besta, Oh Nesta, Oh Nesta". The fact that the fans already have a chant for me is insane. Yes, the Milan fans used to chant about me, but it is different when you are a player. For the fans to chant the manager's name is a beautiful moment. The banners and flags were everywhere, flying the clubs logo and colours. People dressed in the Nike kits, it was just a sight to behold.

But the game was a different matter. We lost 3-0. Siena are a very good team and all, but 3-0, wow. The fans weren't disheartened by it though, which is good. The goals we conceded weren't good goals to concede, more sloppy goals. We have a tendency to concede those, I have noticed. We really should have scored as well, as Madej missed four bloody open goals. They were the difference between a win and a loss. The players weren't too bothered or down by it either, which is good, as it is hard to pick up a team that lost its first few games of the season.

The next game was a game we should win, and we did. 2-0 in fact. We played really well. For this game I changed the tactics from the 4-2-1-3 to the 4-1-1-3-1 tactic, and it seemed to work. We looked better defensively and better going forward as well. Whether the gulf in class between Siena and Frosinone was a difference, I do not know, but it was still a good win. Il Capitano, Iaquinta scored his first important goal for the club, and I hope he can score a load more.

Next month’s fixtures are favourable. The only test is Varese, and Crotone could be difficult as well, but we will try and give our all for this football club, we want the three points.
Login to Quote

OUFC2k14
5 years
The detail here is incredible.. keep it up and stick with this one

walkinshaw
5 years
A tough first game but a nice comeback in the 2nd to win the clubs first game mate, nice story as well.
Login to Quote

AlexTHFC
5 years
Some great updates again, a nice signing and I'll say again that I love this idea!