Zed
5 years
Great choice of clubs, hopefully you can get the Scudetto in your first season!
1
Login to Quote


So do I!! They've not had the best of times over the last couple of seasons so hopefully I can turn them around.
Login to Quote

The Real Deal
5 years
So unfortunate with Leverkusen was always going to be a hard task with the level of competition, I have faith in you getting Milan to win they have an amazing set up and as you say only needs the right tactics and few signings and it's almost there for the taking
Login to Quote 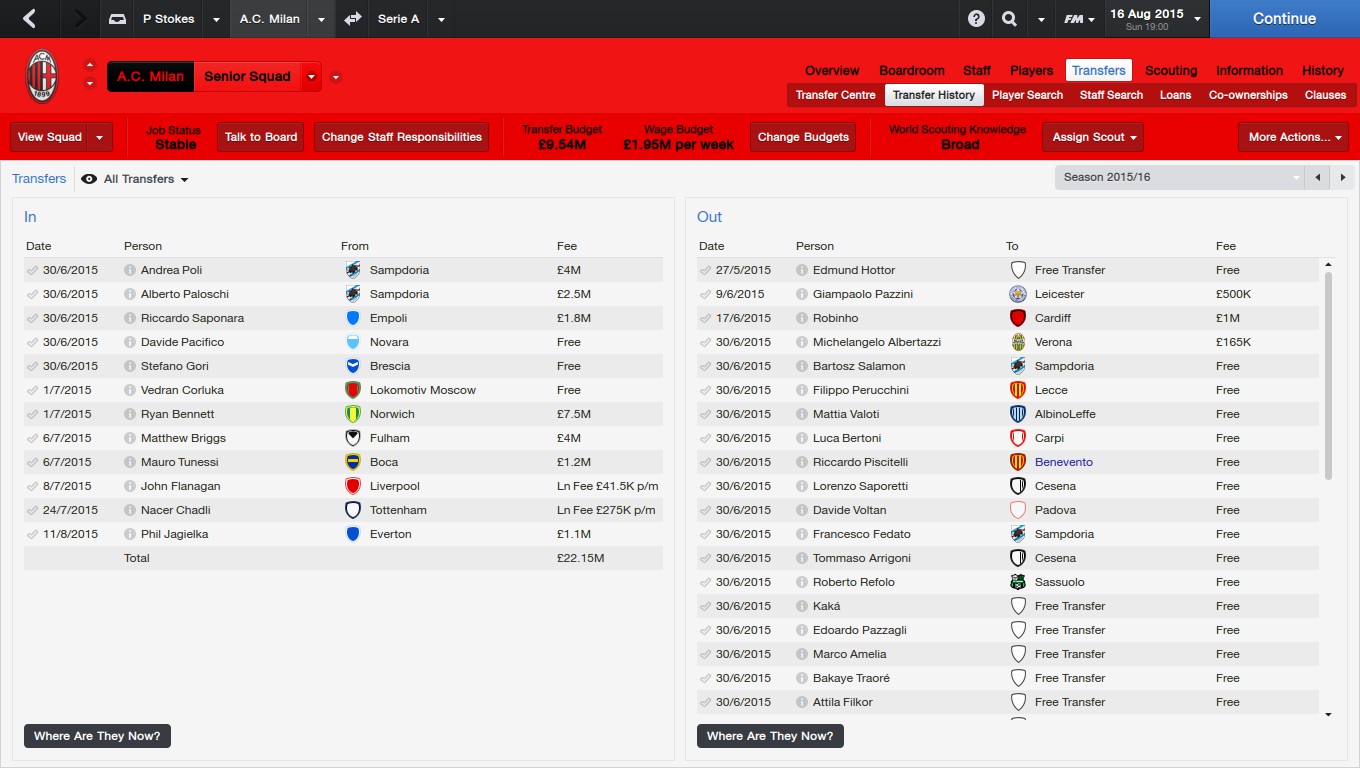 A very busy preseason, especially regarding transfers. A lot of co-owned players (my least favourite thing about Italian football) had to be decided on. Poli, Paloschi and Saponara the main ones I went for. Vedran Corluka had agreed a deal with the previous regime but I'm not overly disappointed with that as I quite like him. Defence was the main issue to be addressed so I signed players who had a good previous season (Average Rating of 7 and above).
Ryan Bennett from Norwich, who I really rate, had a great season in the Prem for a relatively low fee was my first real bit of business. Matthew Briggs provides competition for my other left back Kevin Constant. I signed John Flanagan on loan as cover for both full backs. Nacer Chadli had a good season at Spurs but they still decided to sell him. He's impressed so far in preseason. Phil Jagielka provides much needed experience to my back line. Stephan El Shaarawy has handed in a transfer request so I'm currently looking at Memphis Depay as a possible replacement. 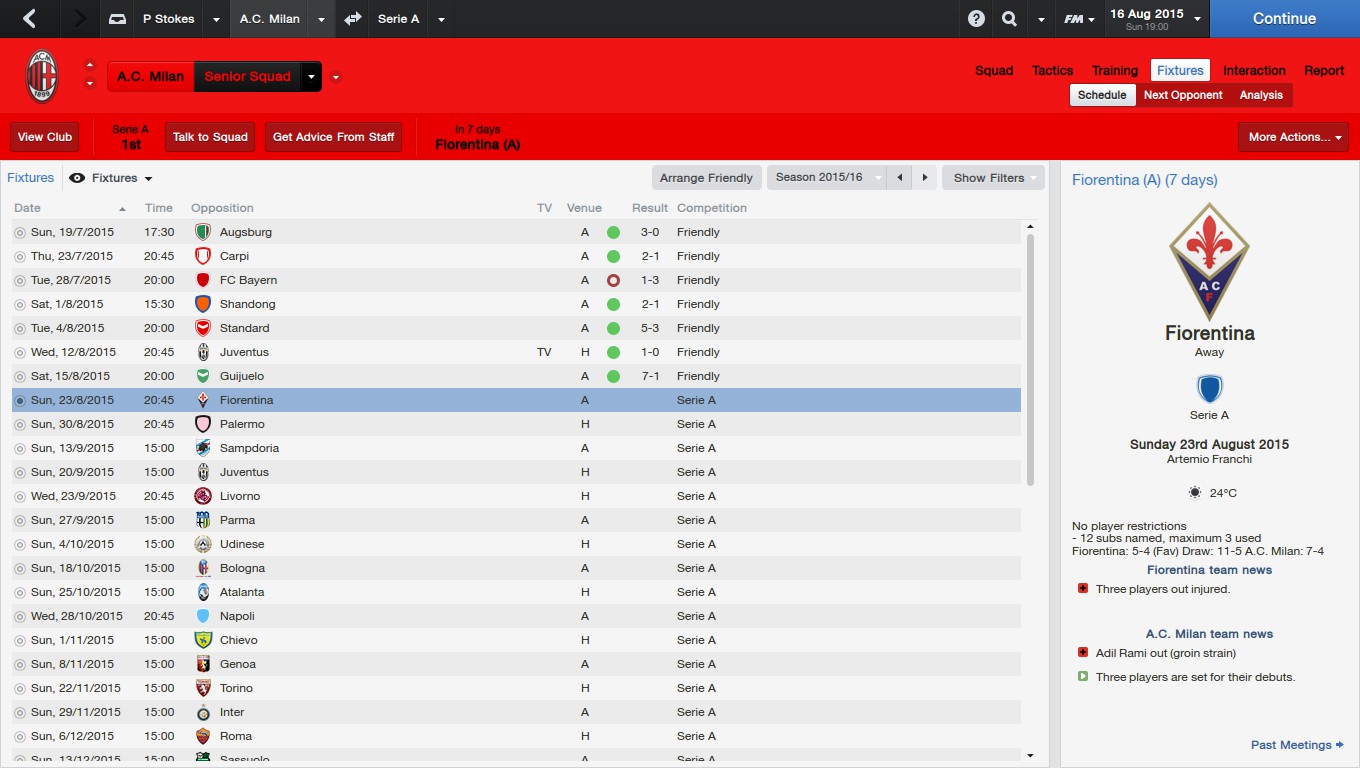 A pretty successful preseason campaign including a solid 1-0 victory over probable title contenders Juventus. I have a fairly tricky start to the season but luckily I'm in good form so hopefully this will help matters.
Login to Quote

The Real Deal
5 years
Great pre season, some unusual signings with Bennett, Briggs and Flanagan but if they performed well at the respective clubs in the prem cant see why they wont perform for you in Serie A. good luck with rest of season My Best Friend.
Login to Quote


I am not going to be continuing this story. I was sacked by AC Milan at the end of October and was promptly offered the Werder Bremen job. However, 5 defeats from my opening 5 games was enough for me to realise that I should never have left Leverkusen. The story is going nowhere so I'm knocking it on the head. Thanks for following everyone and I will be back with another story soon.
Login to Quote