Who are Atletico?
Atletico de Madrid is one of the most renowned clubs in the world, with an elaborate history of trophies. Not only was the past full of memorable times for the Spanish club, but the present has also been very kind to them, as they are the reigning La Liga Champions, and UEFA Champions League runners-up. Atletico Madrid have won the league 10 times, the Copa del Rey 10 times, the Europa League twice, and the UEFA Super Cup twice. Atletico were founded on the 26th of April 1903. Their current stadium is the Vicente Calderón Stadium, which is home to 54,960 seats.

Why Did I Choose Atletico?
I chose Atletico because it is a team I enjoy to watch, and I loved having that ‘underdog’ feel when watching them throughout the whole of last season. They have an exciting squad, and I wanted to see how well I can do with the team, and if I could replicate Simeone’s triumphs. Atletico's past success is nothing short then amazing, and throughout my career, I hope to also taste success throughout my managerial experience with Atletico Madrid.

Goals/Philosophies
Throughout this career, I will be taking the role of Aidan Legend, manager of Atletico de Madrid. I am a former international footballer, representing my country Australia, and having played for Chelsea over a 10 year period. Hopefully I can make this story as interesting for you guys as it will be for me, and I wish to make my managerial career as long and as successful as my past playing career.


P.S – Hope you like the banner, made it myself, and please respond with some constructive criticism and feedback

Hopefully you can knock Barca and Real Madrid off their pearch!
Login to Quote

Reports today have come out from the Vicente Calderon, with news that highly popular manager Diego Simeone has today been sacked by the board of Atletico de Madrid. This news has shocked the footballing world, with many fans of the team, and the game in wonder of why such a innovative, popular manager in Diego Simeone would be removed from his position. BBC Sport sources have responded to rumours of a fallout between the chairman and manager, saying "Diego Simeone and the chairman, Enrique Cerezo have come to a disagreement over the departures of Diego Costa and Filipe Luis". Simeone was reported to have been very unhappy with the decision, as he saw them in his plans for the next season. He then took his anger towards the chairman, and the chairman felt as though his temperament, and his unwillingness to look forward rather then back has led to the decision. 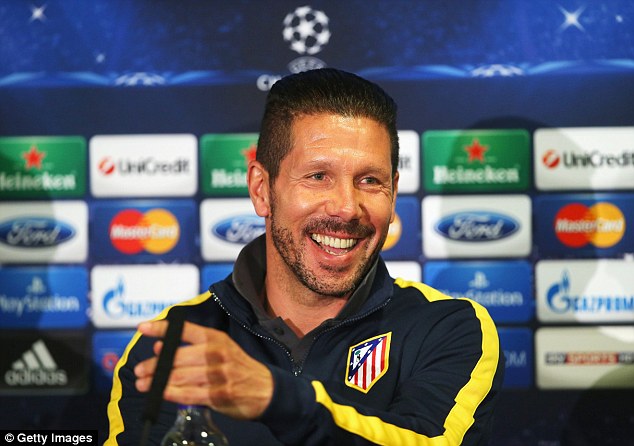 Diego Simeone was the manager of Atletico Madrid from 2011-2014. During this time, Simeone went into the Atletico history books as one of their greatest managers. Atletico had established themselves as an mid-upper table team, doing respectively well in other competitions such as the Europa League and the Spanish Cup. However, Simeone wished to change this. He wanted to make Atletico a feared team. During his time with the club, Diego Simeone won the La Liga, the Europa League, the Copa Del Rey, the Super Cup and finished as runners-up in the Champions League.

Diego Simeone was known for making his team a real team, not just a group of players brought together to play under the same name. Under his reign, Atletico thrived with a sense of teamwork and friendship. Whilst most of the team weren't individual stars, putting them together turned them into a top 5 team in the world. Much of Atletico's success can be linked back to the leadership of Simeone and his tactical prowess. 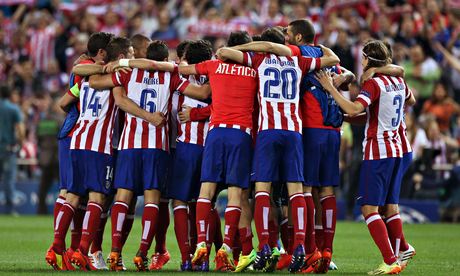 Simeone turned these group of players into a internationally feared team, leading them on a path to glory

"It is with a deep regret that I announce today I will be leaving a club that is so dear to my heart, Atletico Madrid. I have spent many of my best years with this club, be it as a player, or as a manager, and it crushes me that today I have to leave. The way that my contract was terminated has left me with a sour taste in my mouth. The chairman has taken my frustration and words the wrong way, and has twisted them, and I deeply regret what has come of that. I wish the best of luck to my successor."- Diego Simeone

Atletico de Madrid will now be looking for a new manager, effective immediately, as the pre-season draws near. Reports out of Madrid have said that potential managerial targets for the club include the unemployed Antonio Conte, recently sacked Roberto Mancini, current Chile manager Jorge Sampiola and Spanish manager Vincent Del Bosque. Coral.co.uk have announced that Antonio Conte is the favourite for the job, with the odds being at 6/1 that he will take the vacant manager position.
Login to Quote

Feliks
6 years
This is brilliantly written up! So fluid, easy to follow, and great descriptive and factual elements! This is a great start

swanny8589
6 years
great start mate, cant wait for the challenge ahead, hopefully you can usurp Barca and Reak at the top
1
Login to Quote

Xander
6 years
This is looking like a great story. Can't wait for more.
Login to Quote

Aidan Legend Has Been Announced As Atletico Madrid Manager

Enrique Cerezo, chairman of Atletico Madrid has today confirmed that new kid on the block, Aidan Legend will shockingly take over as the permanent manager of Atletico Madrid. The former Australian international and Chelsea player will be making his first venture into the management side of the game. This announcement has shocked many of the footballing world, with fans deeply concerned as to why the board would appoint someone with next to no experience in the management side of the game, especially with proven managers that would snap up the job, such as Antonio Conte and Roberto Mancini.

'We are aware of Aidan Legend's stature within the management world, however we have the full confidence in his ability to lift these clubs to great heights. He is a individual with many talents, and he has proven himself on the football pitch already. Legend is a great motivator and leader, and we would not have appointed him without 100% confidence in his ability to keep Atletico at the top. Welcome Aidan." - Enrique Cerezo 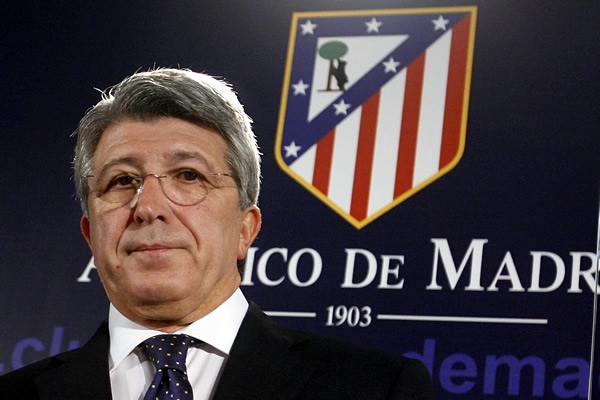 Aidan Legend was somewhat of a legend at Chelsea F.C, during his 10 years at the club he scored 60 goals for the club from 270 appearances, playing in the CAM role. Aidan was known for his ability to find holes in the defence, and setting his striker through on goal. During his international career, he played the same role, however did not find the same success with his international team as he did with his club team. After his illustrious career, Legend set out into the managerial side of things with limited success, up until now, securing the job at Atletico Madrid.

It is understood that Aidan Legend will be looking to keep most of the same backroom staff, with the exception of a few that he believes cannot add anything to the overall running of the club. He will building upon the current base of the club, and he will be using current assistant manager German Burgos as his assistant manager. The real question is, will we being the same squad, or some new additions? How much of the club will change under Legend's reign?

"I am obviously very happy to be here, and I have a great feeling that myself and the players can take this club to new heights. I have to thank the board for believing in me, and my philosophies, and I just can't wait to get stuck into the season. I promise I wont let you down." - Aidan Legend

Carlo Ancelotti, manager of Real Madrid spoke to Marca today, sharing his thoughts today on the appointment of Aidan Legend - "Just like the rest of us, I am a bit confused as to why such an inexperienced manager is to take control of such a huge club, however, it is not my place to comment on the appointment of fellow managers. I wish him the best of luck, and hope to see him do well." 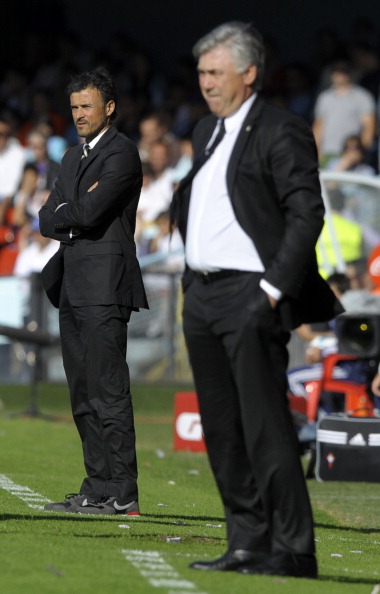 Legend's new reign will start tomorrow, where he will meet the players and have his first training session at the club.
Login to Quote

You are reading "Atletico de Madrid - A LEGENDary Reign".