Ziechael
6 years
Great update, a well written 'article' and who doesn't love a bit of changing room tension at a club 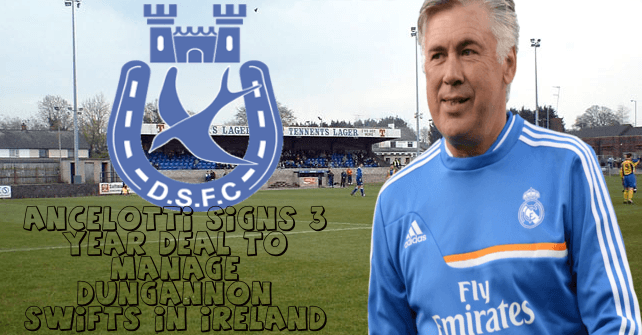 In what can only be assumed a shock appointment by Northern Irish Dankse Bank Premier League side Dungannon Swifts by announcing Carlo Ancelotti as the man to replace Darren Murphy as the clubs manager.

Murphy had the side in last place, but did nothing in the transfer window to help them either therefore chairman Joe McAree deciding to get rid of him and replace him with Carlo Ancelotti.

Nicknamed Carletto, Ancelotti played as a midfielder and had a successful career with Roma – captaining the team – with whom he won one Scudetto and four Coppa Italia honours and was part of the legendary late 1980s Milan team with which he won two Scudetti and two European Cups in a five-year period. He was capped 26 times and scored one goal for the Italian national team and appeared in the 1990 World Cup.

After spells as manager of Reggiana, Parma and Juventus, Ancelotti was appointed Milan manager in 2001. He won the Serie A in 2004, the UEFA Champions League in 2003, 2007 and the FIFA Club World Cup in 2007. He is one of six men to have won the European Cup/Champions League as player and manager. In May 2009, he was appointed Chelsea manager and in his first season led them to a historic Premier League and FA Cup Double. He became only the second non-British manager to win the double, the other being Arsène Wenger. After an uneven 2010–11 Premier League season in which Chelsea failed to retain the title, Ancelotti was dismissed as their manager in May 2011.

On 30 December 2011, Ancelotti signed a contract with ambitious French side Paris Saint-Germain. In his first full season with the club, Ancelotti managed them to the Ligue 1 title and the quarterfinals of the UEFA Champions League. On 25 June 2013, Real Madrid announced the signing of Carlo Ancelotti as their new manager on a three-year deal. He was presented to the fans the following day. Ancelotti won the UEFA Champions League with Real Madrid in his first season with the club's tenth title in the competition. He joined Bob Paisley as the only two managers to have won three European Cups and one of the five managers to have won a European Cup with two different clubs. Ancelotti also won the Copa Del Rey with Real Madrid making it their 19th Spanish Cup win.

But after the curruption charges against the 7 top playing countries Ancelotti will now try to improve the ailing Northern Irish club Dungannon swifts.

This is going to be a big rebuilding job but my first objective is to get them out of the relegation zone and to build there squad up. I have several targets in mind and have a huge transfer kitty too so watch this space.

It is thought that Ancelotti's arrival will signal the end of a few more managers in Northern Ireland as more big names will come in.
Login to Quote

Ziechael
6 years
I love seeing big names moving around the smaller leagues in this story... really makes me wonder about the state of the old top leagues lol, you'll have to let us know who Real get to replace him!
1
Login to Quote 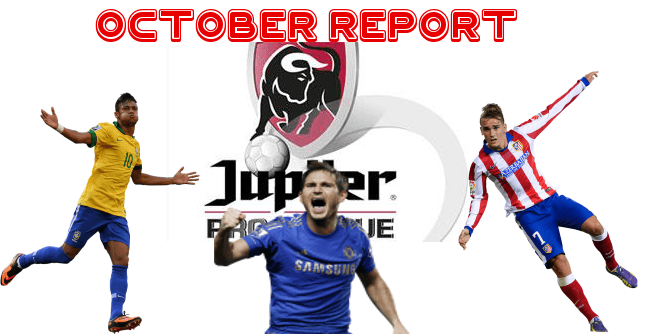 Anderlecht's month showed that superstars will not walk all over everyone. They are not the only side with superstars losing the odd game or two, FC Basel were bottom of the Swiss Superleague with a team containing Januzaj, Raul Albiol and Kevin Miralles but atleast they are no longer in the relegation zone.

The first match of this month was Leverkusen at home in the Champions League. After losing to Real Madrid, this match was huge so a result was required. Anderlecht played very well and in the 33rd minute from there 7th corner of the match Lampard delivered a pin point corner for Gerard Pique to head home for 1-0. Will Hughes added a second on the stroke of half time after good work by Griezmann and Ronaldo to give Hughes a one on one opportunity and the 18 year old Englishman did not miss.

The game after was against Kortrijk and required a super sub Ronaldo to save the day. Matias Suarez got the ball rolling in the 16th minute with a deftly struck shot from 18 yards out but in the space of 10 frantic minutes Paars-wit were 2-1 down after Gourcuff struck home a penalty and a free kick to give Kortrijk a shock lead. Ronaldo was introduced on the 75th minute and it took him just 11 minutes to turn the game on its head. the first goal he had young Englishman Will Hughes to thank after a defence splitting pass which Ronaldo wasted no time scoring. The second goal however was all Ronaldo, when he moved in onto his right foot and from 25 yards out hit a screamer in which Keet did not move to give Anderlecht a undeserved victory.

If the victory was undeserved then the next match against Club Brugge was thoroughally deserved because Anderlecht took them apart in the first 37 minutes scoring four goals. Ibrahimovic got the first with a sublime headed goal from a Griezmann cross, Griezmann himself then got the second with a low drive after good work down the wing by Santon. Ibrahimovic got the 3rd with another headed goal from a Eriksen early cross and then Ronaldo hit a trademark freekick to make it 4-0. Brugge were better in the second half and Aaron Lennon and Huntelaar got consolation goals but it was not enough and Anderlecht won 4-2. 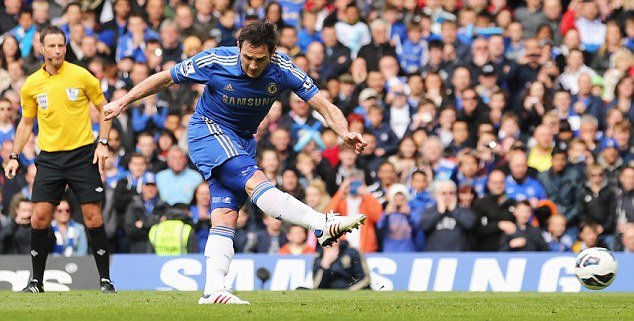 Then followed a masterclass by Lierse's Marko Van Ginkel. When Anderlecht took a 3-1 lead after Eriksen had scored in the 40th minute, Lierse's fans booed off there side who had Van Ginkel to thank for a sublime volley but if anyone could have predicted this second half they would have been sent to the looney bin. The second half started and within 5 minutes Van Ginkel had ran straight through the static Anderlecht defence, around the keeper and slot home for 4-2, suddenly the fans were cheering there side on. On the 72nd minute Ron Vlaar hit a long hopeful ball up and Van ginkel had anticipated the bounce, ran behind the defender and hit a half volley to the top right hand corner and suddenly it was 3-3. This was unbeleivable but yet very beleivable, Lierse had salvaged a draw, or had they?

Then they played Gank and were absolutely awful. Once Lampard had scored his first goal in open play to make it 1-0 they just tired very quickly and Genk, who beat them in the super cup also beat them in the league to bring the league very close again. Gameiro, Simeaya and Jelle Vossen give Genk a 4-1 victory but Anderlecht stay top of the Pro League

Anderlecht are 2 points clear of Club Brugge and 5 clear of Genk with Lierse and Standard just behin them.

This is going to be a tough group to get out of, Real Madrid youngsters are really doing well but Anderlecht should make it. Antoine Griezmann has had a solid month and is one of the few players to come out of the two defeats with any credit whatsoever but he knows he will need to keep this sort of form up to stay in the side.
Login to Quote

Icarus
6 years
You've been going strong, it's too bad to see you 2nd in CL Group under a (weaker?) Real Madrid. Also your graphics are improving, I can see it!

Ziechael
6 years
Genk fast becoming your nemesis. Study those be-atches and destroy them next time!

Otherwise, some good results but surprising to see that Real Madrid are still bossing it...
1
Login to Quote

No1VillaFan
6 years
Icarus yeah it is going to get worse

Ziechael yeah nemesis's mean you can beat them!
Login to Quote


Shinji Kagawa has sensationly been put on gardening leave for the foreseeable future as reports have come out from Anderlecht that he was involved in a fight with a 19 year old fan. The Japanese star seemed to take offence to the way that the 19 year old female fan shouted at him so he walked straight up to her and punched her in the face. 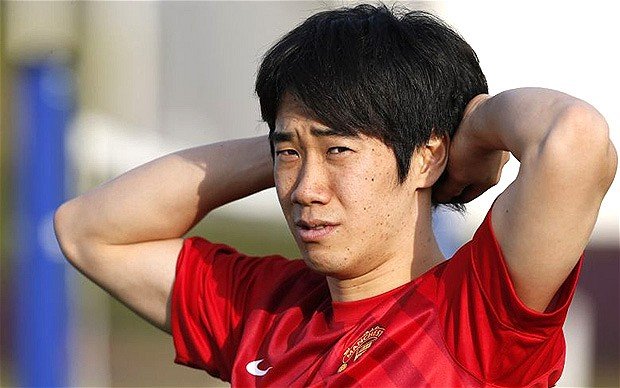 Kagawa left to ponder after hitting a fan

I am very, very unhappy with Shinji and I can now tell you that he has been at his last training session at this club we have also fined him £1m and he will be sold as soon as the January tansfer window opens.

We have asked Shinji Kagawa for a response but he has said that he is not available for comment at this time. It is unlike a Japanese player to do and when this gets out the profile of Anderlecht will no doubt go down in Asia but it is how it is being handled that is the most shocking thing because they have been very, very strict on this matter.
Login to Quote 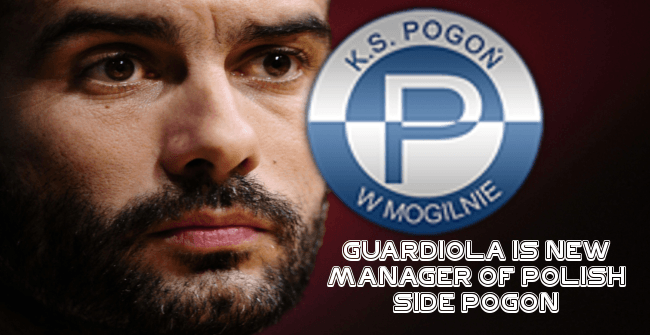 Just when you thought the footballing world could not get anymore wierd! Up steps Josep Guardiola who today become manager of Polish Ekstraklasa side Pogon. The side who were managed by Darius Wdowczyk, who was sacked for the awful start the side had would not have wished for a better replacement in Josep Guardiola.

The legendary Spanish manager returns to management after a stint not managing a team, he takes up the role at Pogon and signed a 3 year, £14,750 a week deal and can not wait to turn the club around. I am going to turn this club around and really take them places. I have a 3 year deal and I will really work hard to achieve the goals of the fans and club
Login to Quote

pro_17
6 years
There's a whole new Football World developping in your Story!Its getting cooler and cooler

No1VillaFan
6 years
Ziechael Hell yeah that would be a story

Feliks yeah i thought you would love it

You are reading "The Chance To Become World Beaters".