a_esbech: I hope to do your countrymen proud, Andreas!

joethequin: Fear not, it won't be as good...it'll be better

Probably won't be as good managers as McBride, and definitely weren't as good as him, but I think this story may be alright anyway

TVDLC123
6 years
This looks like the makings of another legendary story, good luck Neal!

Neal
6 years
TVDLC123: Thanks, I really hope it succeeds. First update on the way later today! 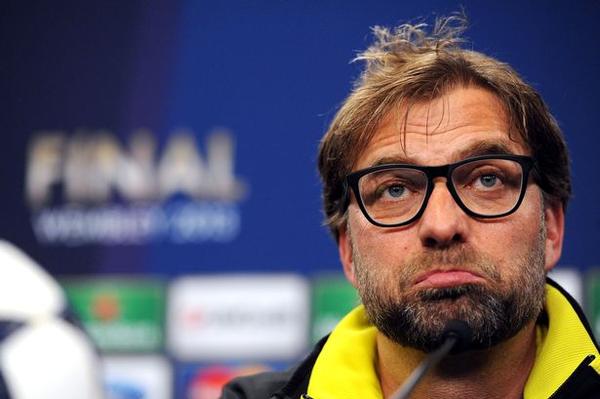 The breaking news out of Germany right now is that Jurgen Klopp has stepped down from his position as manager of Borussia Dortmund, resigning with immediate effect due to issues with the board about transfer policy. The German coach had spent the last six years at the Signal-Iduna Park and his farewell has sent shockwaves across the Bundesliga.

Reports have flown out of the BVB camp that Klopp had become disheartened with the sales of the team’s best players to their rivals; superstar attacking duo Robert Lewandowski and Mario Gotze have both left for Pep Guardiola’s Bayern Munich over the last few years. Now the talented Marco Reus is refusing to sign a new contract, fueling rumors he will leave the club soon for Munich as well. With all of this in mind, Klopp has stepped down.

This caps off six very successful years for Klopp, winning the Bundesliga in both 2011 and 2012, a 2012 DFB Pokal, and the DFB Supercup in 2013 with very limited resources at Dortmund. This was all capped off with an underdog run to the 2013 Champions League final, where they just barely lost to none other than domestic rivals Bayern Munich.

Loss of Klopp due to loss of star players

Most fans and pundits are puzzled at the ex-Mainz man’s decision. Throughout the last few years, Klopp has barely missed a beat when his stars left, replacing them with cheaper, younger, and debatably even better players. The likes of Ilkay Gundogan, Henrikh Mkhitaryan, Pierre-Emerick Aubameyang, and Ciro Immobile, and others have come to the club to fill gaps left by big-name departures and have shown much promise, but apparently the boss just became too fed up.

The question now is obvious; who will take the reins at Borussia Dortmund? The club’s downfall seems to be quadratic in nature, increasing exponentially with the departure of each player and now coach. As Bayern continues to grow and solidify their superiority as the country’s greatest club and one of Europe’s heavyweights, der BVB must quickly find someone to come to the helm and right the sinking ship before they are lost to the seas of mediocrity.

JasonRM
6 years
Awesome writing as usual Neal, keep this up!

Feliks
6 years
Good luck Nealao, I sense a Laudrup is gonna stick their nose in this business....
Login to Quote

Walter
6 years
I know who takes the reins, but I won't spoil it

Loved this update Nealão, writing flowing really well as usual and some nice detail, too :).
Login to Quote

Loved this update Nealão, writing flowing really well as usual and some nice detail, too :).


(Dort)mund your own business mate, or I'll Klopp some sense in to you!
Login to Quote

Neal
6 years
JasonRM: Thanks Jason, glad to know you're enjoying it

Feliks: But the real question is...which one?!

Walter: Thanks Walt, I hope the updates will continue to impress...and yes, don't spoil it please


DIEGO SIMEONE STEPS DOWN FROM ATLETICO MADRID WITHOUT WARNING 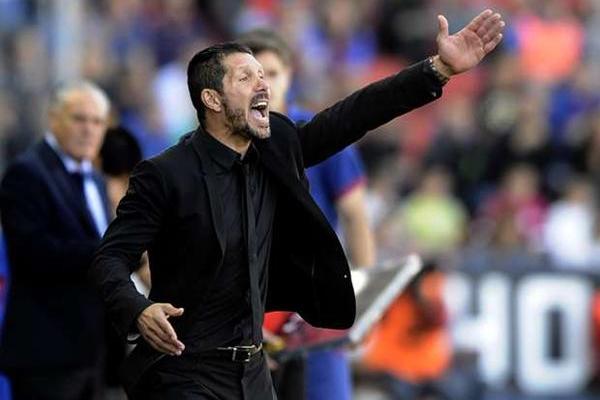 In a shock move that has left Spanish football speechless, Atletico Madrid's charismatic manager Diego Simeone has resigned from his post with immediate effect. The brilliant Argentinian had led his side to an earth-shaking La Liga victory over Real Madrid and Barcelona the previous season as well as commanding Los Colchoneros to the Champions League final, where they fell after a valiant effort.

Simeone, one time captain of Atletico as a player, has revolutionized the club since taking over back in 2011. From a top six challenger, Simeone returned the capital city side to heights they'd not seen in ages, winning a UEFA Europa League, a UEFA Supercup, a Copa del Rey, and a stunning La Liga championship over the last few years. Now, however, all seems bleak for the Atleti as their talisman is gone.

There seems to be no official sign as to why Simeone has done so. The fiery boss has always maintained that he loved Atletico as a club and had fierce passion for staying here and continuing to upset the 'big two' duo of Real Madrid and FC Barcelona. Something now it seems has changed the man's mind, however, and Atletico will have to act fast in order to get a new manager in time before preseason begins.

Replacement on the way
Before leaving, however, Simeone has managed to bring in quite a bit of talent. With the likes of Thibaut Courtois returning to Chelsea from loan and Felipe Luis and Diego Costa joining the Blues in big money deals, the Spanish side have signed world class replacements in the forms of Mario Mandzukic, Antoine Griezmann, Alessio Cerci, and Guilherme Siqueira to line up alongside stars Arda Turan, Koke, and Diego Godin.

Whoever comes in, despite having a very talented squad, will have some very difficult challenges ahead. Replacing a club legend like Simeone is no mean feat, especially after the type of season that the club had least time around. For the time being, there's no word yet on who the replacement will be, but if isn't a good one, all of Atletico's hard work these past three years could be undone by just one man walking away from it all.