Feliks
7 years
Hopefully you can keep Reus around, and fully utilise the skills of Kagawa
Login to Quote

Justice
7 years
If you can't keep hold of Reus, I hope you can find a suitable replacement for him
Login to Quote


I second this. Reus will have a huge influence on how your season pans out. What is his release clause if he has one?
Login to Quote

I second this. Reus will have a huge influence on how your season pans out. What is his release clause if he has one?

Think his release clause was actually suppose to kick in either this summer just gone. If not then it's the next one. I think it's around the 20M mark, but Neal can confirm the exact amount?

Hope you do keep hold of him though man!
Login to Quote

Red Devil
7 years
I hope for you Reus stays in your team !! He's by far the most important player of your team if you want to win trophies..
Login to Quote

Neal
7 years
Feliks: It'll be tough to fend away interest from the likes of Bayern but hopefully that due can provide something special for the team

Justice: Any recommendations? Currently, I'm already low on wingers, with only Reus, Blaszczykowski, and Aubameyang the naturals in those positions, so backups or future prospects would be brilliant

Jamesg237: Reus is obviously my best player. It's tough that he starts out injured for 2-3 months. His contract, which runs through 2017, unfortunately contains an obscenely low €26,500,000 release clause which I will hope to rectify as soon as possible

AaronHJFT96: A little bit larger than just €20M thankfully, but still quite low. Me too, thanks!

P-KIDDY: Hometown club, the lad better not pull a Gotze on us

Red Devil: Yeah, especially considering how many players Dortmund have lost to Bayern over the years, losing another one at the caliber of Reus would surely cripple their chances of winning major trophies 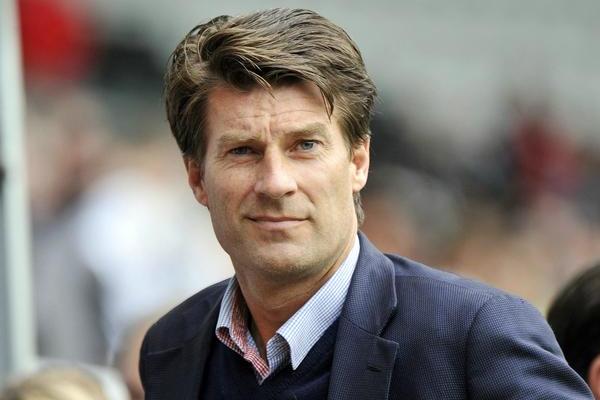 Atletico Madrid, just days after losing iconic manager Diego Simeone, have hired a high-profile replacement in the form of ex-Danish superstar Michael Laudrup. The budding tactician, who previously managed Swansea and Brondby already has La Liga experience under his belt in the form of short stints with Mallorca and Getafe.

A self-professed fan of Spanish football and an ex-player for both giants FC Barcelona and Real Mardrid CF, Laudrup is going to have an extremely difficult job ahead of him. Replacing a legend like Simeone is already a huge ask, but to do so on the back of a stunning league championship over the big two and a UEFA Champions League final appearance is nothing short of monumental.

Michael Laudrup began his footballing career in Denmark but grew into one of the greatest footballers that the world has ever seen, winning multiple titles at Brondby, Juventus, FC Barcelona, and Real Madrid. He also managed to amass no less than 104 caps for the Danish national team, scoring 37 goals and captaining the nation for a few years.

He began his coaching career at Brondby before enjoying relatively short-lived experiences with Getafe, CSKA Moscow, Getafe, and Swansea. He truly made his name in coaching with the Welshmen, leading Swansea to their first major trophy, the Capital One Cup, in their centenary year, winning many plaudits for his side's attractive, passing style.

Back when he was at Swansea, Laudrup told reporters that he "had no ambition to manage a top club" and that he "enjoyed managing small teams to see what he could achieve with no massive pressure to win". It seems that now, something or another has changed the imperial Dane's mind, and he will be taking charge at the newest upstart at the top of Spain.

There are some pressing concerns at Atletico for Laudrupt to deal with from day one. Having lost Diego Costa and Felipe Luis to Chelsea this summer, as well as having Thibaut Courtois's loan expire and the Beglian also returning to the Blues, there will a lot of gaps to fill over the summer. Simeone had brought in the likes of Mario Mandzukic, Guilherme Siqueira, Antoine Griezmann, and Alessio Cerci, but getting the new signings to gel will be Laudrup's biggest initial task.

The hard work starts immediately, with not long before preseason starts for Los Colchoneros. If Laudrup is hoping to have any success from the start of his reign, he will certainly have his work cut out over the next few weeks as the season looms nearer.

Jamesg237
7 years
You could do really well at Madrid! Keep up this great great story!
Login to Quote

Verdinho
7 years
Ex-Merengue at Atleti, replacing the hero that is Simeone. I doubt that went down well with the Atleti fans

Feliks
7 years
Should be interesting, seeing the Laudrups at the perennial second best teams