Zed
6 years
I like the idea of two managers, good luck at Atletico and Borussia!
Login to Quote

walkinshaw
6 years
Looking forward to the season starting mate and some signings.
Login to Quote

Neal
6 years
ARSENAL_ruleZ: Thanks, me too, which is why I chose him

Jamesg237: Thanks!! Hopefully we can find some good success in Spain

P-KIDDY: They won't mind too much when the wins start flowing

No1VillaFan: I hope you'll enjoy, I think it'll be a great journey

Feliks: Well I'd venture to say Atletico is perennial third best, but yeah, that's sort of the plan; to take these 'almost' teams and cement them among the world's best!

TonkaWolves115: Cheers, I think I might just need a bit of luck

Zed: There'll be some interesting sibling dynamics throughout the story that I hope you will enjoy as well!

walkinshaw: Thanks mate, I hope we can strengthen both teams a little bit


Considered one of the brightest young defenders to have come out of Spain since Carles Puyol, the race to land the signature of 17 year old Jesus Vallejo has certainly heated up over the past week. The Real Zaragoza youth product has been at the club since age 10 and has impressed scouts from across the continent with his stellar displays for the club's youth teams, especially last year with the Juvenil team.

Due to still being on a youth contract, Vallejo is technically available to any club who would like to open contract negotiations with the youngster, the transfer to cost only an insignificant compensation fee. Vallejo's agent, Carlos Lopez, has told reporters that "clubs from multiple world-class leagues" had made contact. 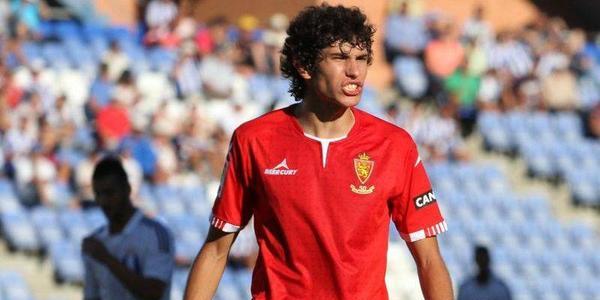 Jesus Vallejo was Real Zaragoza Juvenil's best player of the season last time around, earning himself a cap at the U17 level for the Spanish national team.

Currently, Barclays Premier League side Liverpool remain hot favorites to sign the teenager. Despite already having the likes of Tiago Illori and Andre Wisdom coming up the system in that position, Vallejo is considered to be the best prospect of them all, perhaps to displace Kolo Toure as fourth choice center back.

Atletico Madrid are fighting tooth and nail for Vallejo as well, however. Able to offer a chance to stay in Spain and yet also challenge for trophies and play in the Champions League, perhaps Los Colchoneros will be able to seal the deal. Michael Laudrup, having just taken charge of the capital city side, is well-known for his ability to bleed through youth, and there is talk he may be able to convince the Zaragoza man to come to Madrid.

While negotiations continue on behind the scenes, all we can do is sit tight and speculate as to where Vallejo will choose to go, as Zaragoza have already accepted that their starlet is on his way out. Reports coming out of Spain say we will know the defender's destination by the end of the week.

pompeyblue
6 years
The idea of two manager's is brilliant Neal, this is already looking like another epic story!

Jer
6 years
Can we see a screenshot of this 'wonderkid' :P? Would be interesting if the two managers fight for a signing..
Login to Quote

Neal
6 years
Walter: Fingers crossed we pull it off!

pompeyblue: Thanks Josh, it's going to be a lot of work but I think I can do it 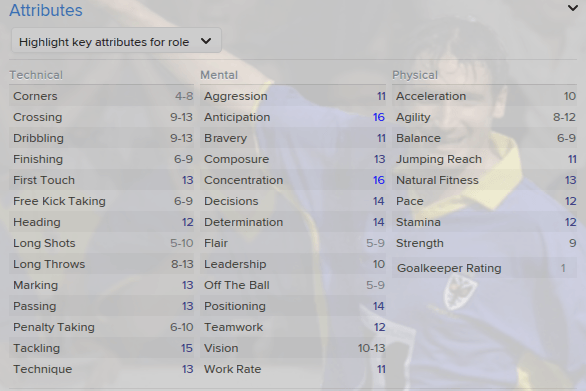 Neal
6 years
Walter: Yeah a brilliant prospect. Really hoping we can seal the deal on him!
Login to Quote 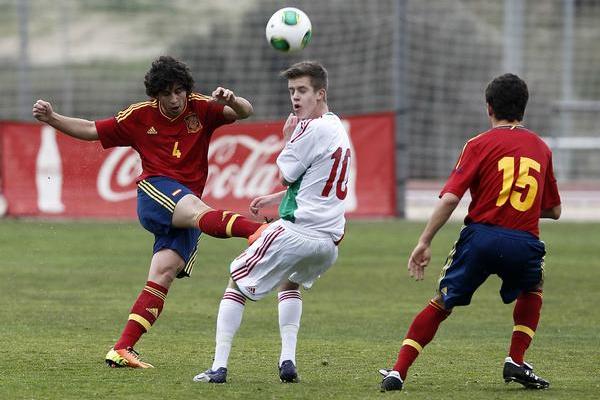 Teenage defender Jesus Vallejo (left) during his sole U17 cap with the Spanish national side has agreed a transfer to Liverpool FC from his hometown Real Zaragoza.

After a week of transfer speculation and intense negotiations behind the scenes, Liverpool FC have triumphed in the race to sign 17 year old defender Jesus Vallejo. The Real Zaragoza youth, who made his name for the Real Zaragoza Juvenil team last season, has signed a three year contract worth €4,000 per week with the Barclays Premier League side for a nominal €850,000 compensation fee.

This will come as a massive disappointment to fans of Atletico Madrid in Spain. Michael Laudrup, the newly appointed Colchoneros manager, was a massive fan of the highly rated center back, and apparently had offered Vallejo an equal contract to that of Liverpool. However, it seems the Spanish boy had his heart set on a move abroad to England. Vallejo was expected to be a rotation option for Diego Godin and Miranda, who only currently have Jose Gimenez as a backup.

Now, though, he has begun training with the Liverpool U21 side, where he is expected to spend the season to aid his development. Some talk coming out of Anfield is saying that he may be loaned back to Spain or to a lesser club in England for more first team minutes, but that is yet to be determined.

"I'm really excited to have Vallejo come to the club," said Brendan Rodgers at Vallejo's unveiling. "I think he's one of the most exciting prospects at the club, and I sincerely believe he can be a leader of our back line in years to come."

Jamesg237
6 years
A brilliant newspaper update. Great layout. Big fan of this story, keep it up!
Login to Quote

Red Devil
6 years
Very interesting club for Laudrup here ! But it's pity that you can not seduce Vallejo to sign for Los Colchoneros

Neal
6 years
Jamesg237: Thanks James, I hope the layout of the newspaper articles gives the story a nice and authentic feel

Walter: It's alright, there are other targets to go after

Red Devil: Thanks Red Devil! Yes, quite unfortunate that we couldn't get such a great young player, but hopefully we can bring in other top footballers instead