I can do nothing but echo this statement! What a beast!
Login to Quote

Justice
7 years
Not quite The (Real) Hawks, but at least Akinfenwa joined a good team

pompeyblue
7 years
AaronHJFT96: Aha, I guess you like the signing, eh?

Justice: Pfft, Whitehawk haven't got anything on us, we're the Hawks and they will forever live in our shadow

wellsy1498
7 years
Nice kits and some great signings for the new season. Great kits too, keep up the good work

Jonaldinho
7 years
AKINFENWA! WHAT A SIGNING <3

Beautiful kits too.
Login to Quote

Walter: Will do so, Walt!

Jonaldinho: Haha, the signing of Akinfenwa has received quite a good reception, thank you!

pompeyblue
7 years
TaroMisaki: Thanks bud, he has a massive frame so yeah, he's hard to stop! 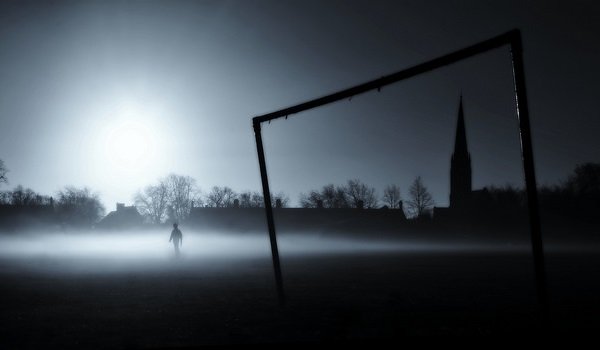 From the moment we met, there was an uneasy tension between us – a rivalry created within seconds.

Not something you would expect from a manager and his assistant, but then I never really saw Michael as my second hand man. After all, I never decided on his appointment. He was brought into the club by the board on the basis of his ‘football knowhow’, and although his experiences in the game are admirable, we never saw eye to eye on things.

Again, not exactly a relationship you would expect a manager and his assistant, to have. That’s just how it was, though. He wanted my job, and you could see the envy from a mile away. He made it known to most of the country in fact, that he wanted a managerial role, and ended up as no.2 at Havant and Waterlooville in the Vanarama Conference South.

My job was under threat, but seemingly enough I was offered a new contract before the season started, and my confidence was restored but things just broke down even more with Michael. We barely exchanged words most of the time, whether that be in training or on matchday, and yet we still took home the league title.

People were calling it a formidable lower league partnership: a young and driven manager, myself, and ‘the’ Michael Owen. From the outside, so it would seem, but behind the scenes it was a completely different story. And then things took another twist.

It was the first day of pre-season, with a new season at West Leigh Park, drawing close. The Vanarama Conference Premier would be the league we would be competing in this season, the first in the history of The Hawks, and there was an overflowing excitement among fans especially after the signings made earlier on in the summer.

For me, I had been at the training ground for the past few weeks, anyway. Making calls, agreeing transfers, and generally just planning for the campaign to come. The players had arrived, and with the sun beaming down, the smiles were all around and in plenty. The new additions were already starting to settle, meet their new team mates and yet something – someone, was missing.

Regardless, it was a good session. The lads had got a good workout, and we had already began working on things I had in mind, to help us make the step up into a new division. There’s no doubt I was pleased with how the return to training had gone, as I made my way through the traffic and back home, even with the absentee. But then I switched on the radio, and everything just so happened to change.

What did I hear?

”Our top story tonight on TalkSport, Michael Owen has been found hung dead in his apartment…”