Justice: Thanks, let's hope we can keep this up for the rest of the season.

TaroMisaki: Yep, the players are in great form right now and the confidence is certainly flowing. Thank you for the comment.

mo_123: Agreed, we really need to make sure we continue to play to a good standard if we want to get promotion!
Login to Quote

Verdinho
7 years
Very strong start to the new season. Nice to see Akinfenwa providing the goods. Potentially, there's many big candidates for promotion in the Conference, so every point matters. Keep it up

P-KIDDY: Indeed, there are some very strong competitors in the Conference Premier, and it's going to be a real challenge for us to get promoted, but Akinfenwa being in great form along with the rest of the side is of huge benefit!
Login to Quote 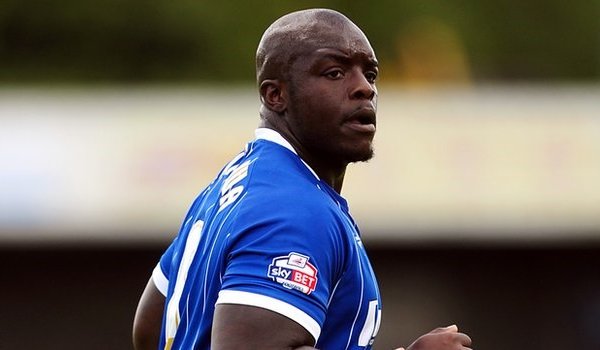 With over 100 league goals to his name, Adebayo Akinfenwa is well accustomed to life in the English Football League.

Being told as a young man that he was too ‘big’ to make it as a professional football player has made his success even sweeter, forging out a career in the lower leagues with the likes of Northampton Town and Gillingham, even helping the former to a trip to Wembley.

The 33 year old striker’s most recently found himself plying his trade with AFC Wimbledon but a lack of game time saw him reject a new contract, and ‘Bayo’ was in search of a new club for the 2015/16 season. A proven goalscorer, many teams from League 2 and League 1 took interest, but it was Vanarama Conference Premier side Havant and Waterlooville who took his fancy and so he signed for the newly promoted club on a one year deal.

Some would say that the agreeing to drop down a league was a poor one from a player who clearly had the ability to remain playing for a professional club, but following the Hawks’ excellent start to the season, Akinfenwa has hit back saying that he never once doubted his decision and so far it has proved to be a great one.

Talking to local press, he said; ”Yes, I could have quite easily played in a higher league than the Conference, but I wanted a new challenge and I was happy that Havant were willing to offer me that opportunity. At the moment, I’m loving my football and am being honest in saying I never ever doubted making the move to West Leigh Park and that decision is paying off. Me and Bradley [Bubb] have formed a superb partnership, and the team is flowing with confidence. It really is a great place to be playing your football at, and hopefully we can bring even more success to these supporters.”

As well as being one of the top marksman in the division this year, with 9 goals to his name already, Akinfenwa is regarded as one of the strongest football players in the world. But he didn’t always have the best of reputation, and has been a sufferer of racial abuse previously in his career.

At 18 years old, The Beast moved to Lithuania, and signed for FK Atlantas. What greeted him was a torrid amount of racist remarks from even his own fans, and he can recall the chant his own supporters sang at him in his first game, which was littered with foul, offensive and racial language.

“I didn't expect it at all. I was by myself, aged 18. I was the first black person in the league and one of the few black people in the town I was in, so it was tough. I considered packing up my suitcase and heading back home to England, but I ended up staying, scoring the winning goal in a cup final and it really helped me as a player. I came back thinking, if I can handle that there is nothing in the football world I can't handle.” he said.

“It’s an experience that has helped make me the player I am today.”


Last Update: Season Two: September
Next Update: A Not So Warm Welcoming
Login to Quote

Walter
7 years
A nice little rundown on the Beast himself. Those steroids are working for him, pomp, keep the supply up!
Login to Quote

Justice
7 years
He is a big man!
Login to Quote

NVDTahir
7 years
Just caught up to this beast of a story lol, every update is well written and fully deserves a thorough read

ManU-1998
7 years
Just it read it all in one hit.... great story, can't wait to see what you have planned for Michael Owen
Login to Quote

Justice: He is a very big man!

Manc1998: Thanks for taking the time to read through the story mate, we'll just have to wait and see what happens to Michael for now though...
1
Login to Quote Previously...
Hiding out in a pub in Maribor, Michael Owen was far from dead as everyone had so foolishly believed. It was quite a dramatic lifestyle change, but for the greater good, had to be made. Owen's secret would be kept a secret for now, and only until he had all the evidence he needed, would he strike back. His plan had just begun.

A Not So Warm Welcoming


It had been two months now since he had arrived, and naturally these two months had dragged on for what felt like an eternity, to him.

Every day he had woke up in the same cold, damp room, at the back of the same, old decrepit pub which he first encountered as he began his journey in the depths of Slovenia. In the evening, the light was of a minimum but every so often Michael would get a glimpse of the night sky, just able to peer through a small crack in the wall to his left.

He was lucky to even have a room to be accommodated in, anyway. Kindly, the pub owner had offered him the spare room, and gratefully Michael had accepted. Still, not once in his life did he think this is where he would end up. Remember, he was a former professional football player, a Premier League winner, a Ballon D’or winner, now this…this was what was left of him.

Even after the pub owner had allowed him to stay, the two had barely exchanged words, but this at least left him with the time to consolidate his thoughts and begin about tracking down the associates, friends and family, of the man whose secrets he was never meant to have uncovered.

But this would mean travelling again, and after feeling so safe, albeit not comfortable in his surroundings, Michael was reluctant to leave the country. His proposed destination? South America, and the mystical, mysterious land of Peru. His decision was finally made up now though. He would have to go, and having quickly scribbled down a notice to his old friend the landlord, he made his way out of the pub and back towards the heart of the city, well, the airport.

From there it was just a simple matter of passing through security, and again his new ID came in handy, before eventually he was ascending from the land and soaring right up into the skies above. He watched intently from the window as the plane rose up, leaving Maribor in its trail, and could have only wished to have visited under better circumstances. It just wasn’t to be.

And then eventually he watched as the plane descended back down to the land, meaning he could get out and explore the new continent that awaited him. He stepped out from the plane, and out into the airport (the latest in a long list), and then he heard the noise. Gunfire.

With it, the loud booming voices of killers: cold, hard and relentless.

In all seriousness a fantastic update, pompey, can't wait to see what comes from this.
Login to Quote

Walter: Yeah, it's obvious, thanks Walt