On a serious note, decent group draw but don't underestimate any of those teams, all have been known to turn it on when it counts!


I know right! Thanks for the nice words though and thanks to everyone who is still following this story..... It is only going to get better now!

basham97
6 years
I think you'll advance into the next stage

Former Aston Villa and Bayern Munich man Christian Benteke, now at Galatasaray believes that Villa are more than ready for the Champions League and even thinks that because not many clubs know about them, despite having players like Volland, Sterling and Rondon but the Belgian believes that they have more than enought to have a chance of making atleast the semi finals.

My former side have been wonderful in the last 14 months. They have quality players all over the pitch now and in Salomon (Rondon), Daniel (Sturridge) and Gonzalo (Higuain) up front, they have three world class strikers with amazing attacking midfielders in behind them, this squad has the potential to be the most scariest side in the Champions League and now they have got the defence sorted out, they are not conceding half as many goals anymore and I do not want my side to face them but I will give them information about Bayern if they ever have to face them.

It is understood that Villa have already sold there new Villa Park stadium already for every home Champions League match this season. The new 55,000 seater stadium is already proving a hit as Villa have started the season well to be in second place behind Arsenal, who will ofcourse slip down the table this season at some point. 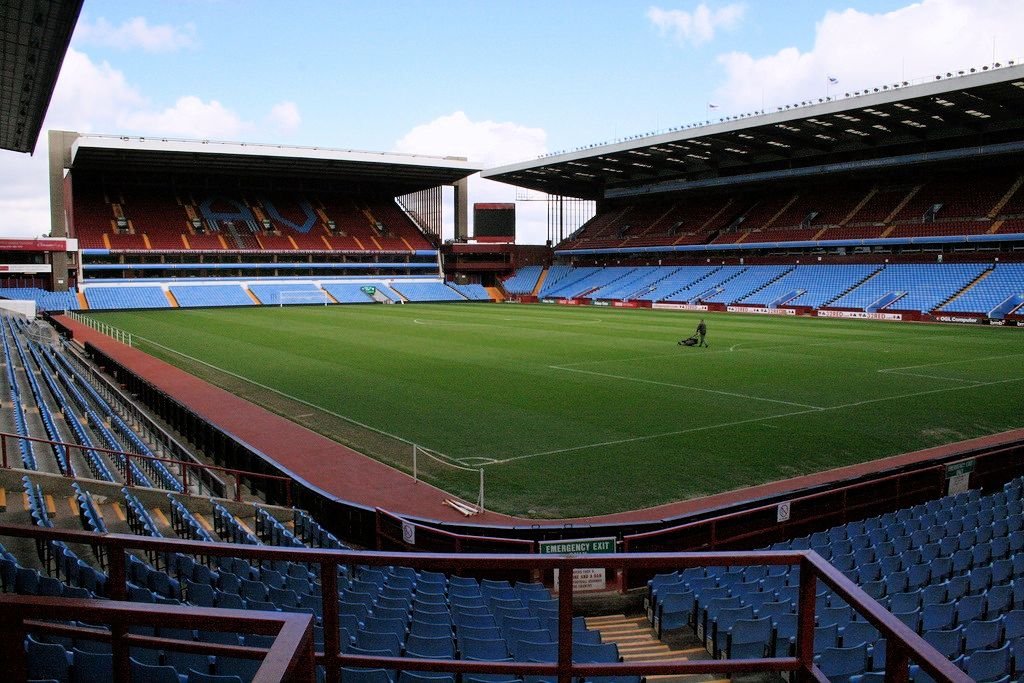 The new Villa Park is a massive hit with fans

Villa have already dispatched Palace and Swansea along with a well earnt draw against Reading coupled with the two PSV victories. Villa will now play Manchester United, Olympiakos and Liverpool away from home in the next seven days and will then follow those matches up this month with home matches against Manchester United again in the Capital One Cup and also Chelsea in the Premier League in what will be a very, very tough month for The Villans.

How will it all play out? Stay tuned to find out.
Login to Quote 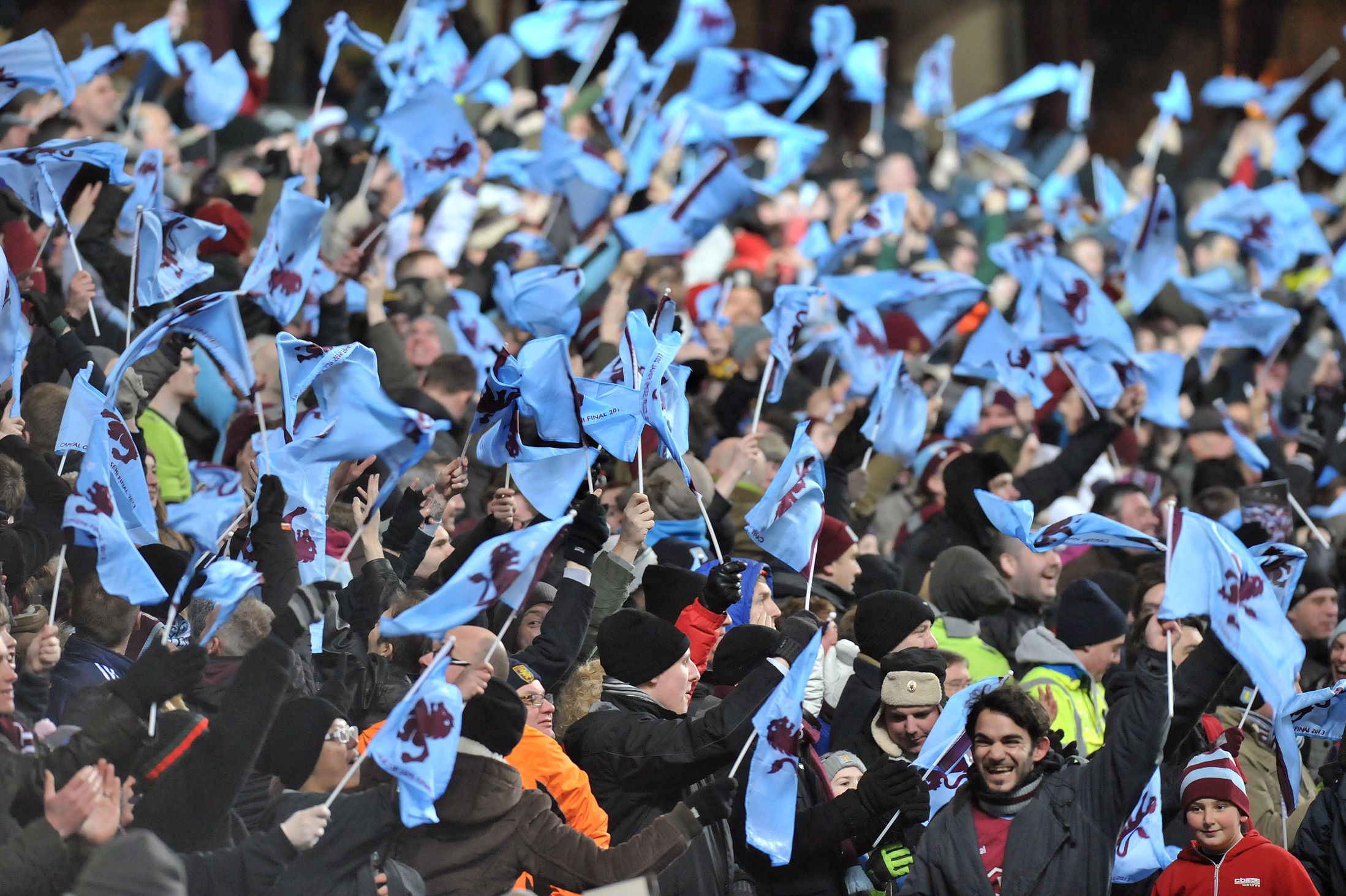 On a fine Evening in the city of Pieaeus, situated in urban Athens, an Olympiakos side showed Aston Villa how to come back in a game that they were behind in.

Villa, in there first Champions League match since they lost in the quarter final of 1983 against a Michel Platini inspired Juventus side, made the better start as Salomon Rondon and Davide Santon gave the visitors a 2-0 lead by the 18th minute.

Rondon's goal was a great team move that included Milner, Volland and Higuain, who all combined to give the easiest of finishes for the Venezuelan. Santon's goal was a cross, which took a deflected into the back of the net.

That was as good as it got for Villa though as in the 41st minute Santon was sent off for two bookable offences. They were stupid challenges and for a player of Santon's experience, it was so out of character, but that gave Olympiakos something to capitalise on. 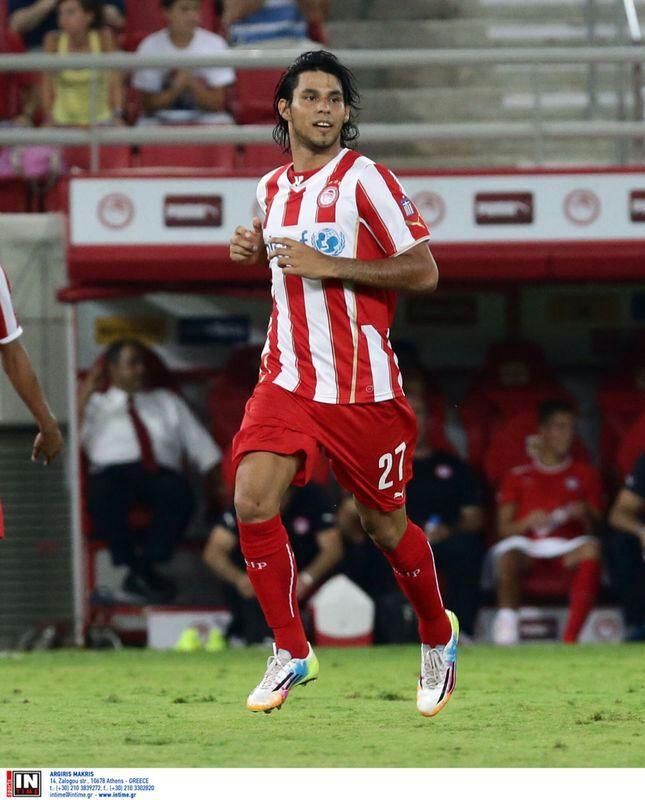 It was Benitez's and Olympiakos's day

The second half would prove the downfall for The Villans however as Jorge Benitez had an absolute stormer of a second half to inspire Olympiakos to a memorable 3-2 victory. The striker, who is in his forth season at the Greek champions hit the first of his brace in the 60th minute after great build up play from Vangioli and Villalba to supply the best cross of the match giving Benitez a easy headed goal.

Villalba then scored one of his own from a free kick, which must have been around 30 yards out but was curled around the Villa wall superbly to equalise. The Greek side did live dangerously though and Rondon, Sterling and Hughes went close but it was from a Villa attack that led to the deciding Olympiakos goal. Milner gave the ball away leaving the Greek league leaders to go 4 against 2 as Villa searched for a goal. Villalba, who got man of the match gave the ball to Benitez, who rounded Sirigu to score and give Olympiakos the most unlikely of victories.

Villa will go into the next match against FC Porto at Villa Park knowing they need to avoid a defeat to avoid leaving the competition early.

Elsewhere in the Champions League Christian Benteke gave Galatassary a late goal to salvage a draw against Lazio after Bonaventura had put the Italians ahead in Turkey.
Manchester United won 5-2 against Inter and Steaua got a great 0-0 draw against P$G in Romania.
Login to Quote

Capital One Cup 3rd Round Live From Villa Park 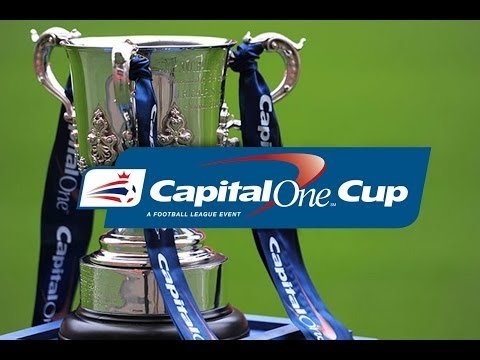 Yes you join us as Manchester United are about to prepare to take this all important spot kick. The match ended 0-0 and there was no goals in extra time. Rakitic and Cellejon scored the 1st penalties but Stones missed and Falcao, Samper and Barkley scored theres for United with Rondon and Rowe scored for Villa but now Oguzhan Ozyakup, a £1,800,000 signing from Besiktas is stepping up to take the penalty that could give Man Utd the win.

He walks up to the spot, Sirigu comes up to him and says something to try and get into his head and the referee instructs him to retreat. He steadies himself........... SAVED!!!!!!! The 43,000 fans at Villa are going insane as Sirigu decides to stay put and Ozyakup fired straight down the middle to Sirigu. 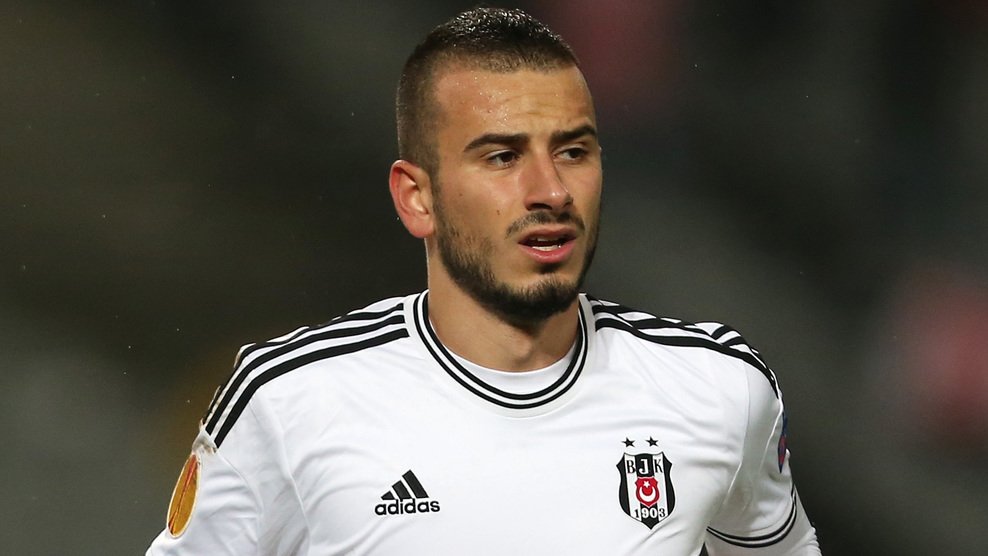 Just as you thought the tension could not get any worse it is Tom Cleverley who is stepping up to take the penalty to keep Villa in the game. There is a lot of love for the former Manchester United man by the Villa fans and now he has a chance to keep them in it. He places the ball down...............GOAL!!!!! He placed the ball to the bottom left hand corner, sending the keeper the wrong way.

It is now game on!

Luke Shaw is the guy making the long walk up now to try and score past Salvatore Sirigu. Sirigu is pointing to the left hand corner to Shaw and the referee yet again makes a gesture for Sirigu to move back to his line. Shaw places the ball down and runs up......................SAVED!!!!! He tried to call the keepers bluff and fired for the bottom left hand corner but Sirigu was equal to it! It now comes down to Santon to try and win the match for a Villa side that after four penalties looked dead and buried. 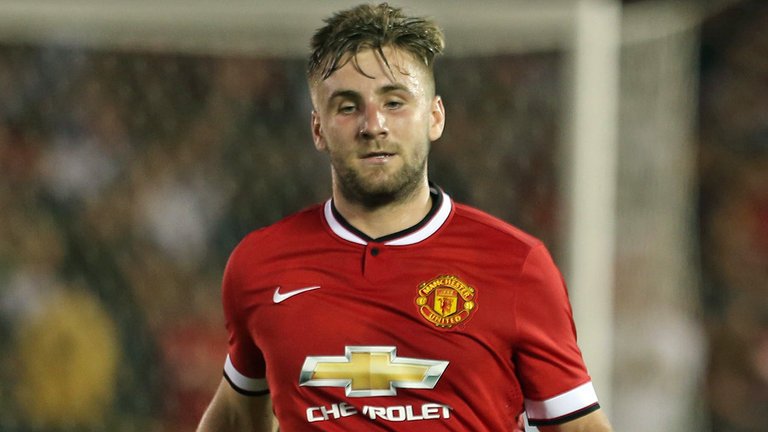 Shaw misses the penalty for United 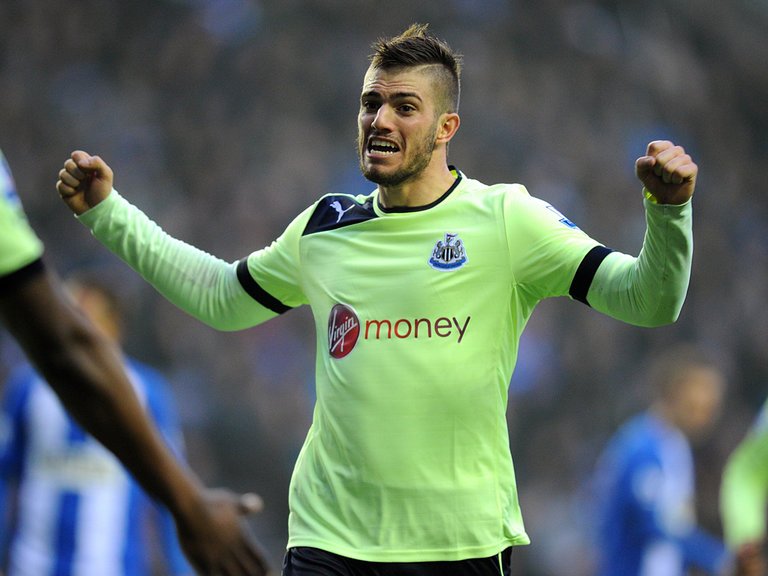 Aston Villa were probably just about worthy winners in a very, very tight match. Find out who Villa will play next in the next update.
Login to Quote

Red Devil
6 years
ouhh, sad to see that the sneaky greeks defeat you, but your match against Manutd show the strong mentality and moral of your group. Great job ! Good luck in the other matches in CL (how are the stands btw?)
Login to Quote

walkinshaw
6 years
As tough a draw in the League Cup you can get bud but nice work coming out on top.
1
Login to Quote

Feliks
6 years
Great stuff Jason, you've really stuck with this story and you're reaping the rewards.
1
Login to Quote

Villa's Up N Down Month

Aston Villa can be forgiven for not expecting the volume of games that come each month. In the month of November they had six matches in which two were lost, two were won, one was drawn and they ofcourse beat Man Utd on penalties.

Villa started the month in style, hitting 5 goals past Crystal Palace with Gonzalo Higuain scoring two of the five goals. Jack Grealish, Kevin Volland and Raheem Sterling got the others as Palace, although scoring three themselves were never really at the races in this one.

It was a great moment for Higuain, who has not long joined the club from Real Madrid and he is already a fans favourite at Villa.

Villa then had three away games to contend with and the first was the Man Utd match. Salomon Rondon thought he had won the match for The Villans but a Ross Barkley goal gave the home side the draw they deserved. Then came the long awaited match in the Champions League.

There has already been a report on this match but we can now hear what manager Paul McGrath had to say on the 3-2 defeat after the match. Well, at half time it looked to be won didn't it? said the Villa manager, but then Davide stupidly got himself sent off and has been fined for it but the main reason was that Benitez was left far too much room and to be honest they destroyed us in the second half, meaning we now have a lot to do to make sure we can get out of the group stages. There is much work ahead.

Villa then put the behind them to thrash Liverpool 5-2. Sterling scored against his former club after just 32 seconds and then three minutes later Stones scored his first from the spot after Sturridge was bought down. 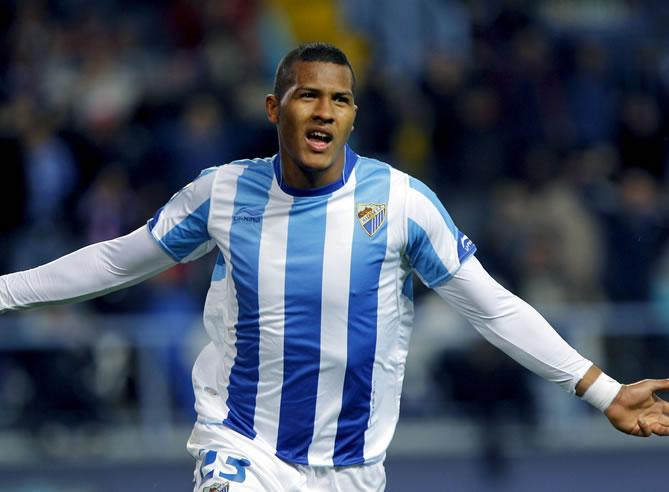 Rondon has been quiet this season

Sturridge then also scored against his former club with a wonderful driven shot on the 28th minute before being bought down again for Stones to slot his second penalty home and it was 4-0 at half time. Caulker added the 5th from a header and Liverpool got two later consolation goals as Villa stayed inside the top four.

Man Utd was then dispatched on penalties in the Capital One Cup before Chelsea defeated The Villans to end the unbeaten Premier League start. 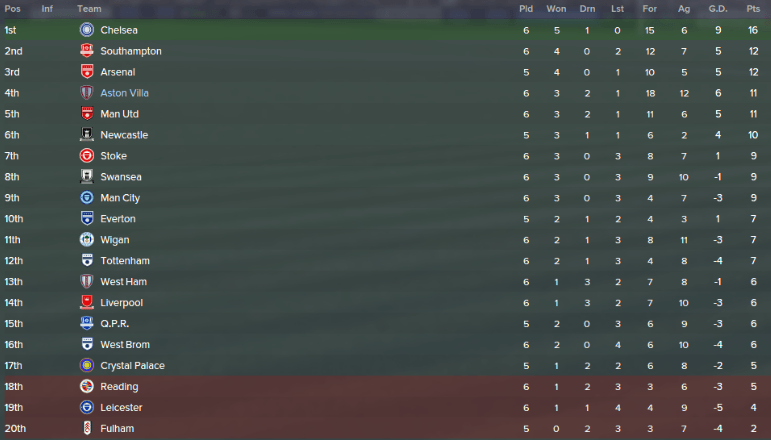 Chelsea are top and now the only side to remain undefeated with Southampton, Arsenal and Villa rounding off the top 4.

Fulham, Leicester and Reading are in the relegation zone. 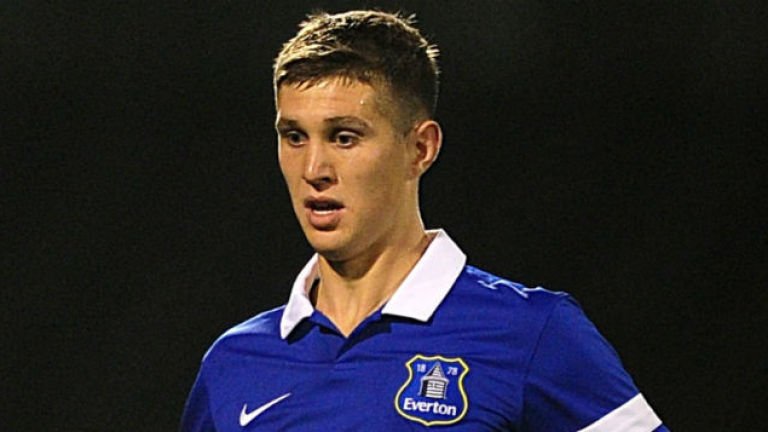 John Stones has been a rock at the back and also banging in the penalties. He is one of the first names on the teamsheet and how he has not played more England games in beyond us.
Login to Quote

Iconic
6 years
As the title said a bit of an up and down month with not so great form, Rondon hasn't been in that bad form with 3 goals from 5 games it could be worse.
Login to Quote

Walkinshaw Yeah I still have faith

Ziechael
6 years
Some great reporting there, love the passion in the match reports and the variety too, not just a blow by blow account but real dramatic effect, i especially loved that you reported only the pen shootout against united, the rest of the match seemed like it was frustrating or dull but you really gave it life with a clever post. Great work.

Also, not a bad start to the season, the loss against Chelsea is a shame but not unexpected, otherwise some good results there.

walkinshaw
6 years
Nice start to the season mate but how has Rondon been quiet, he scored 3 this month
Login to Quote