ps: Tell united to ram it

MisterLister
6 years
First of all some very nice signings over there, and great analysis of the league. You are doing tremendous job over here. Keep up mate

Aston Villa Face Off In The Champions League Playoff 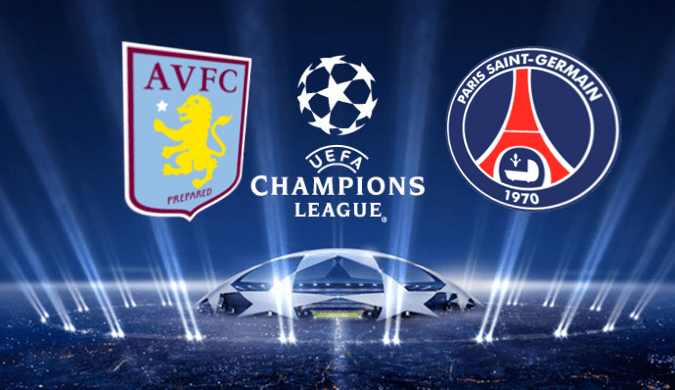 
55,000 fans crammed into Villa Park as Villa hosted Paris St. Germain knowing that they had to win to stand a chance of progressing into the Champions League group stages. Villa chose to go back to a 4-2-3-1 formation today with Ryan Gauld, Raheem Sterling and Kevin de Bruyne starting with Salomon Rondon.

PSG were disappointing last season but hopes are a bit higher this season, however Villa made the much brighter start as the new defensive signings (Toby Alderweirald and Nadir Filipelli) watched on as Aston Villa made the breakthrough.

In the 22nd minute an error from PSG's Mario Fernandes allowed enthusiastic winger Ryan Gauld to hit his first goal for the club with a solid headed goal. Villa peppered the French side's goal for the rest of the half but it did not materialise and Villa went into the half time break 1-0 up.

PSG must have got a rocket at half time because they came out fighting and they were rewarded when Javier Pastore hit a screamer from around 35 yards out. They were only level for 6 minutes though when that man Salomon Rondon popped up to score a tap in to make it 2-1 to The Villans. Villa then gave away a penalty after Stones fouled Marquinhos but Pastore hit it wide and Villa then punished then at the end of the match when Gauld and Rondon made it 3-1 and 4-1.

Ryan Gauld was the best player on the pitch this evening during Villa's 4-1 victory against PSG. The attacking midfielder, a new signing this season showed his credentials as he opened the scoring with a really good headed goal from just inside the six yard box.

The Scotsman's pace and trickery dazzled the PSG back-line and with a return of two goals and one assist, it was more than deserved. The left wingers impressive performance was down to the constant goal threat he posed due to his 87% accuracy of shooting.


Aston Villa also finished there summer transfer activity after signing two central defenders. The first, Nadir Flippelli, signs for £3,900,000 from Parma and is understood to be the next big thing ain Italy. He is going to be one for the future no doubt about it. 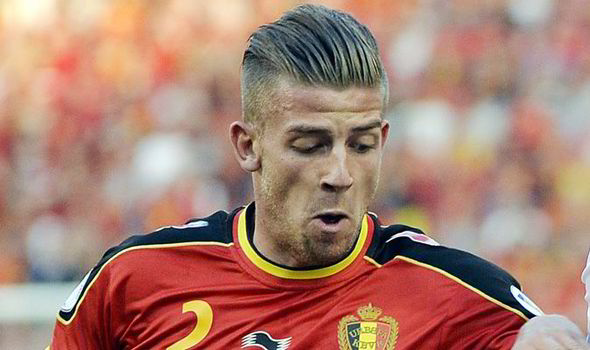 Villa have also splashed the cash on Toby Alderweirald. Spending £28,000,000 on the central defender. Alderweirald, who played for Everton before moving to Villa, has a average rating of 7.50 over the three season. He is looking forward to challenging for a place in the team. Aston Villa are a side that have really impressed me and I can not wait to put on the Villa shirt and show the fans what I can do.

It will be interesting to see if Villa can finish the job off in seven days time.
Login to Quote

InvertedWingbacks
6 years
Gauld <3 and a great result!
Login to Quote

No1VillaFan
6 years
TaT Thanks for your comments, it is great that you are championing my story and I hope it keeps on impressing you.

MisterLister thanks dude the league analysis took a while, next season i will go back to doing all 20 clubs again.

All thanked too
Login to Quote

"We Were So, So Very Bad" says Cleverley


Aston Villa faced PSG in the second leg of the Champions League playoff match last night with a 4-1 lead but they blew it. Instead of manager Paul McGrath coming out for the press conference, he sent all fourteen of the side that played over the course of the 90 minutes to face the press with midfielder Tom Cleverley, one of the only players to get a compliment from manager Paul McGrath as the speaker.

We as a side were awful today. People are going to blame the manager tomorrow in the papers but it was the squad that let him down. We had some great training sessions, we had watched matches of PSG to see where we could beat them and most of all we had a three goal cushion over them. That was not enough though as we came out with the thought of the job being done and if you do that to a side like PSG, they will punish you.

http://s172.photobucket.com/user/garbage1234567892003/media/Tom-Cleverley-517051_zpsmmydqmwg.jpg.html
Cleverley was the speaker after PSG humiliated The Villans

We have had some awful results since the season started too. We lost to Tottenham on the first day of the season and then Crystal Palace drew 3-3 with us and we were lucky to get back in that game so now we have to concentrate on launching our title bid, while trying to win the Europa League, F.A Cup and Capital One Cup as that is the least that we owe to our fans, who we have let down.

Aston Villa's next match is against Swansea this Saturday and it is live on Channel 5.
Login to Quote

swanny8589
6 years
unlucky against PSG, but still massive for a club as tiny as Villa

Aston Villa have announced the signing of German keeper Bernd Leno for a estimated fee of £23,000,000 with £18,000,000 of that to be spread over 4 years. The signing is a massive dent for current keeper Salvatore Sirigu after some inept performances last season.

The German, who spent Nine Years at Leverkusen said the time was right for a move. When a side like Aston Villa come knocking the door for you, a up and coming side like Villa then you have to give it some serious thought. I like the fact the side is young, I think that none of there players now are over thirty other than Salvatore (Sirigu) and this excites me because they are on the way to stardom and now I hope to be central to that development.

The German, who is known for his reflexes and ability to control a one on one situation, looks like it will propel him straight to the number 1 spot in the side. For Sirigu, it looks like his time is up at Aston Villa, who have the worse record in defence over the two season than anyone in the top four leagues in England.

Aston Villa, who have had a dreadful start to the season, losing to PSG over two legs after holding a 4-1 lead and then losing two, drawing one and there only victory to date is against Burnley. They have a lot to prove now this season if McGrath is to stay in his job.
Login to Quote

swanny8589
6 years
Great signing in Bernd Leno, definitely have a great keeper for years to come
Login to Quote

pompeyblue
6 years
Leno is a superb goalkeeper, and I'm sure he will prove himself as a top player for Villa for many years!
Login to Quote


It has been a interesting start to the season for Aston Villa this season. This month was just as tough as Villa embarked on the Europa League and the Capital One Cup aswell as the Premier League. But it was an episode of 606 that we are going to focus on today.

AG: Well Manchester City have smashed Villa 3-1 and we are calling on Villa fans to call in and tell us, Just what is going wrong!

RS: Has Paul McGrath lost the dressing room or is there another reason why this Villa side are languishing in 13th place with just 8 points in 7 matches.

C1: I think we were great today but to say looked out of there depth is a big understatement. Last season I though McGrath did a great job but the players seem to have lost all appetite apart from Rondon.

C2: I agree, we were poor all over the field today, the manager has spent big again this season but I think we sold badly. I would have kept Sturridge and Volland because Werner has come in and can not provide competition for Rondon and then Kevin de Bruyne has come in but start really, really slowly.

RS: I do not think the signings have been bad by McGrath its the fact he can not find a formation that suits them, it reminds me of Luis Van Gaal's first season at Man Utd four years ago, but then in the second half of the season he found the system and it worked.

AG: I think Villa's big problem is not that, because they can attract such great players, maybe they need a manager able to control them properly because McGrath does not shout and scream at them but then again it looks like they play for themselves rather than the team.

C2: I disagree, I would not change the manager and I do not expect it either because our chairman, Mario Plattner is a big fan of him and it is actually nice to see a Chairman actually showing a bit of loyalty to his manager.

C1: But loyalty does not win titles. I would love to stick with one manager at City, who were incidentally amazing in the first half but we dont because if you fail to win trophies in football nowadays it is deemed as a faliure, now Villa are still relatively new in being expected to win trophies but they are now a big club and I expect them in the top four again this season.

AG: John and Robbie where are Villa going to finish this season?

RS: I can only see a mid table finish at the moment Alan because they are clueless in defence and that is a shame because they have Chambers, Stones and Caulker who are all England regulars but they just can not defend in the Premier League.

C2: I think we will improve and McGrath is the guy to get us in that top 4 again this season.

AG: Thanks for your call guys.
Login to Quote

walkinshaw
6 years
A shame about the PSG result but it was always a possible result, they've surely got their u21's filled with 100k a week players by now so are tough to beat.
Login to Quote