The Life of Carlo 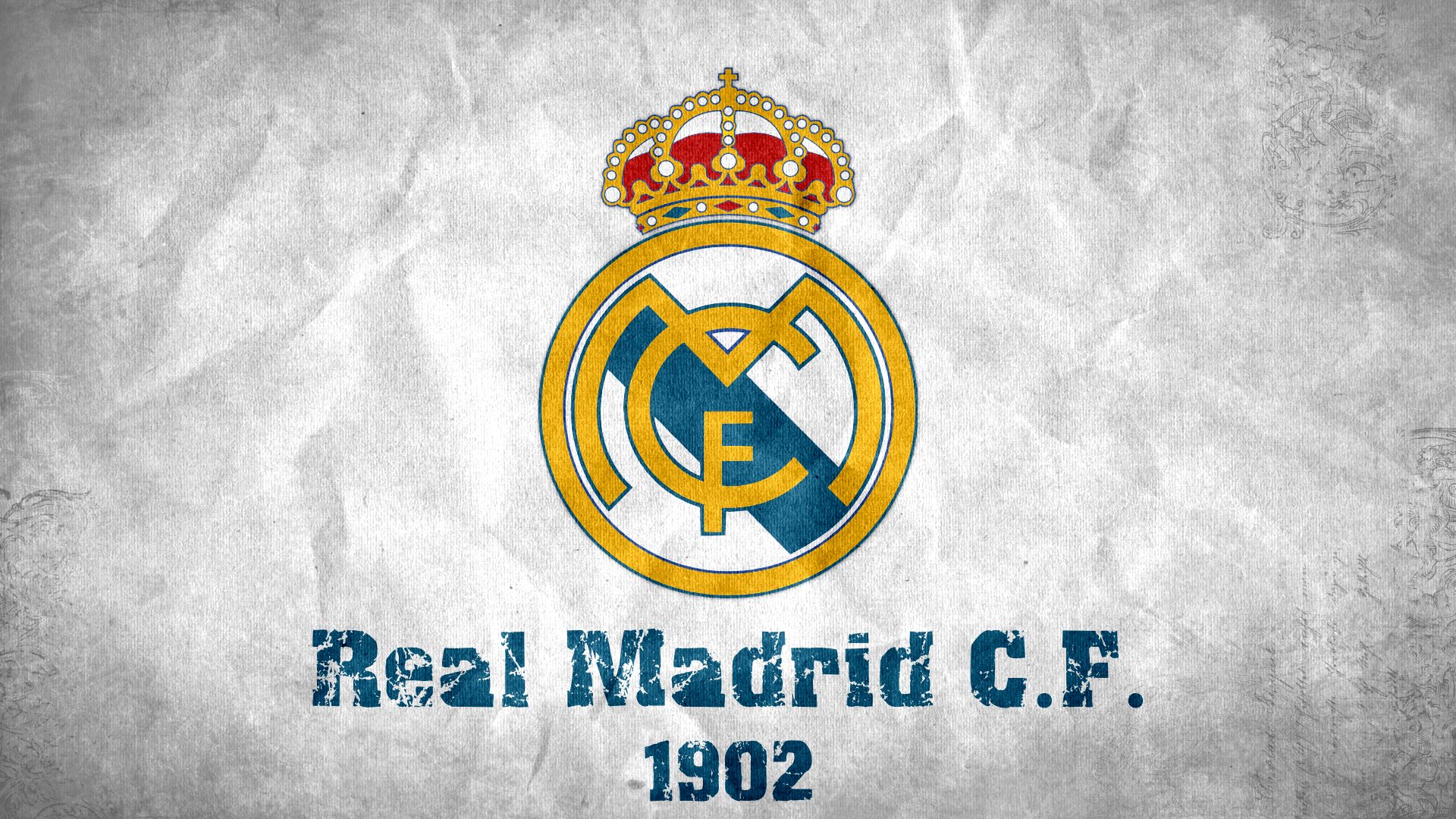 Hello all and welcome to my latest story. I know many will be joining on from the old Chelsea story of mine, whereas some won’t be as interested in this since I ditched it. I’d like to apologise once more for ending the story but I’ve decided to take a new avenue.

The majority of my most successful stories have been with bigger clubs, and the fact that I was finding my Chelsea save easier than any save I have ever played before suggests just how predictable it may have been. I’ll be keeping things simple this time and managing a club you all may have heard of before – Real Madrid!

I know, Real Madrid are perhaps the best, if not, on par with the very best teams in the world, such as Bayern Munich etc. but it’s not a story many people seem to prolong when attempted. I’m curious to see just how good Cristiano Ronaldo can be under my command, what happens when Ronaldo leaves, retires and so on. It's just a chilled out story, perhaps a journeyman story, we'll see!

When your team is as good as Real Madrid’s your target is simple. To win either La Liga or the Champions’ League at least. How about winning it all? Season after season! That’s the aim for this mega club. Enjoy!

DISCLAIMER: All events in this story are entirely fictional and do not reflect the true likeness of these real life figures.
Login to Quote 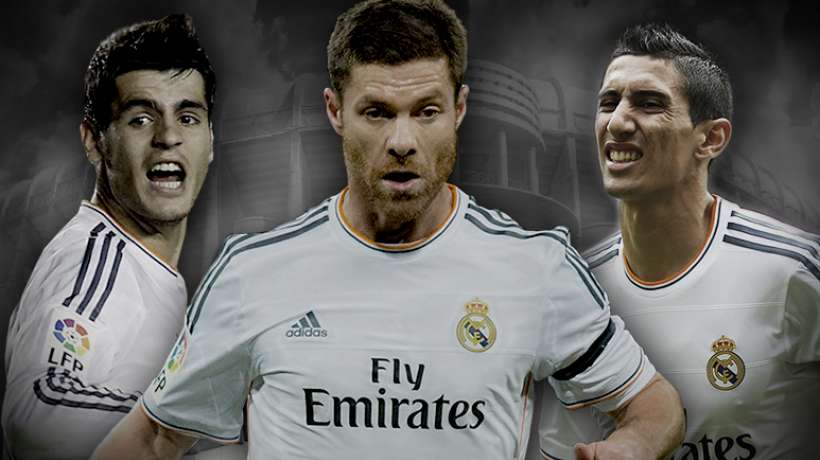 Former Real Madrid and Barcelona midfielder Luis Milla has criticised the president of Los Merengues, Florentino Perez, for his negotiations this summer.

Madrid has brought in Colombian World Cup sensation James Rodriguez from AS Monaco for £63 million, but the arrival of the 2014 World Cup Golden Boot winner left the likes of Angel Di Maria uneasy at the Santiago Bernabeu.

Fearing for his game time, Di Maria managed to force a move to Manchester United for £59.7 million, whereas Xabi Alonso was also sold to Bayern Munich for an undisclosed fee.

Milla is upset to see two key players leave for what he believes to be commercial reasons, saying the handling of the pair should serve as a warning to all those who wish to play for Los Blancos one day.

“It’s incredibly sad to see Di Maria and Xabi Alonso leave, not just because they are top class players and the club owe them for the success of last season, but because they’ve been told to make way for the benefit of those working in the board.

“It’s typical Real Madrid. They need a new toy each summer; a new Galactico. Last season it was [Gareth] Bale and we sold Mesut Özil, this year we welcome James and send two fundamental tools (Di Maria and Alonso) in our success elsewhere.

“No Madridista can be happy about this and there are whispers that a few players are also unhappy at how their teammates have been treated. It can be them next after all!

“Deep down, I feel really sorry for James and Toni Kroos, because they are both exceptional players. It’s just that Di Maria and Alonso were crucial to us last season in winning the Champions’ League. They fought hard for ‘La Decima’ and this is how they’re treated. It’s unacceptable.”

Milla, the former Spain under-19, under-21 and under-23 international boss, has also expressed his concerns at the departure of Alvaro Morata to Juventus.

“To me, it’s a case of identity and Real Madrid are always on the brink of losing it. Morata is a youth product many would be very happy to have, yet we can’t find the space for him. He’ll slot right into the Juve team, he’s that good.

“It was Alvaro Negredo, Roberto Soldado, Juan Mata in the past who were treated in this way, you wonder what it actually takes for a young Real Madrid boy to establish himself as a first team player. It’s not good for the club and those who aspire to play in all-white from a young age.”
Login to Quote 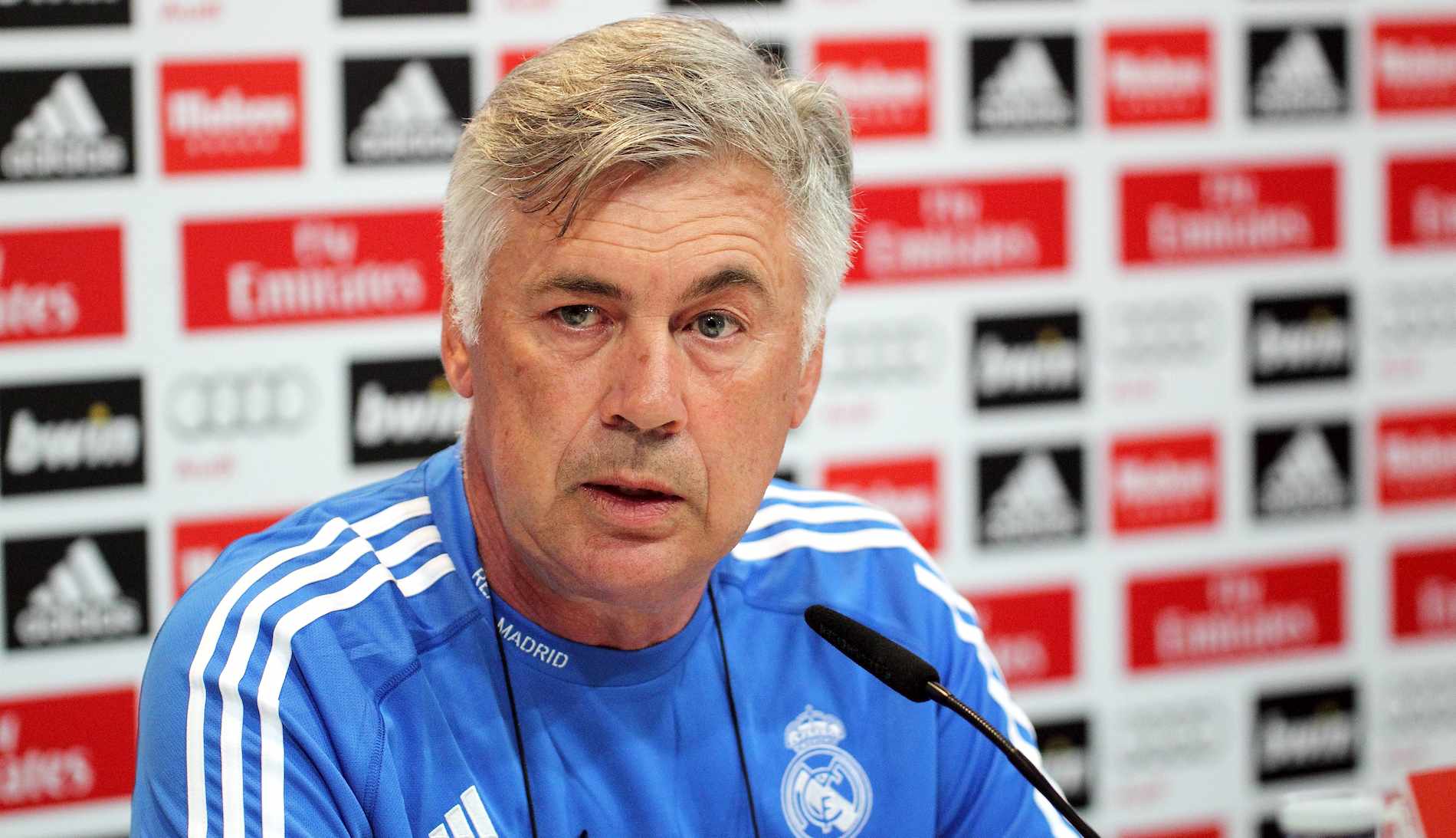 Real Madrid manager Carlo Ancelotti has assured fans that he’s pleased with the club’s transfer dealings so far in the window, despite apparent unrest following the departure of Angel Di Maria and Xabi Alonso.

Los Galacticos president Florentino Perez has come under severe criticism in recent days from ex-players, pundits and fans alike following the departures of Di Maria, Alonso and the arrival of Toni Kroos and James Rodriguez.

In the thick of things is Ancelotti, who will be aiming to win the La Liga title for the first time since 2012 with the squad assembled by Perez, but the Italian remains upbeat about his squad and eager to manage his new signings.

“To me it isn’t much of an issue what has been debated in the press. Yes, Di Maria is a world class player, as is Alonso, but we found ourselves in a position where we couldn’t give him what he wanted.

“Di Maria demanded fresh terms, so it was his decision, ultimately, whether he wanted to stay or not, whereas Alonso was seeking a fresh challenge. We’ve now got James and Kroos, so I’m very pleased with the options at my disposal.”

Ancelotti did, however, state that the club wasn’t done in the transfer market yet, admitting that there still could be some movement coming in and out of the Santiago Bernabeu.

“We are looking at a few more tweaks to our squad. With that one or two may join and others may leave. We shall see what happens, but we remain active in the transfer market. That’s all I can say right now.

The likes of Pepe and Fabio Coentrao are just two of the players rumoured to be on Madrid’s exit list, as Los Blancos reportedly line up bids for River Plate’s Eder Alvarez Balanta and Matias Kranevitter.
Login to Quote

Tallery
6 years
Nice update. Glad someone is using my banner

MVB
6 years
Should be an interesting and entertaining story. Politics play a huge part in the club. The managers are always a puppet of the club's president. I can't imagine it will be smooth sailing, even if you win everything

Josh_MU
6 years
A shame about your Chelsea story, but I love Real Madrid so I'm definitely following this story!
1
Login to Quote

MVB - Very true. I'm trying to bring some of that out here. Thanks for commenting 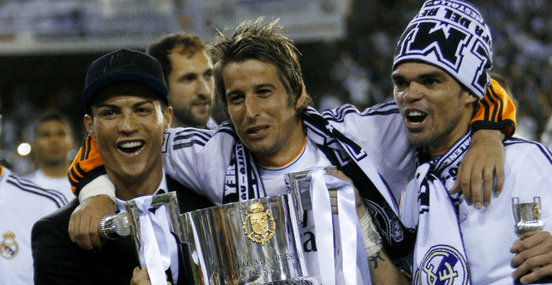 Real Madrid has agreed to sell Portuguese defenders Pepe and Fabio Coentrao in a deal worth up to £27.5 million.

Pepe was a mainstay in Carlo Ancelotti’s side last season but ended up on Real Madrid’s transfer list as he approaches his 32nd birthday, whereas Coentrao leaves without leaving his mark in the Spanish capital.

Brazilian-born Pepe has agreed a three-year-deal on £135,000 a week with Manchester City, joining the Citizens for £18 million.

Known for his overly-aggressive approach and ability to sweep up attacks at the heart of defence, Pepe joined Real Madrid from FC Porto in the summer of 2007 for €30 million.

Coentrao, however, failed to live up to his price tag of €30 million plus Ezequiel Garay, often deputising for Brazilian full back Marcelo and coming under severe criticism from the Spanish media during Jose Mourinho’s reign at the club.

The wing back will join Paris Saint-Germain for £11.5 million after the Parisians failed to land Wolfsburg’s Ricardo Rodriguez, making 47 La Liga appearances for Los Blancos since 2011.

Real Madrid are thought to be looking at signing a new central defender and a left back to replace their ex-Iberian imports, with the likes of Mats Hummels, Eder Alvarez Balanta and Ruben Vezo all linked with the club.

Real Madrid, whose only recognised centre backs are Varane, Sergio Ramos and Nacho Fernandez, are also seriously considering approaching Valencia’s Jose Luis Gaya and Rodriguez from Wolfsburg, as their back-up left back is also Nacho.
Login to Quote

JasonRM
6 years
It's a real shame you sold Pepe, even though he's a hothead he plays with more passion then anybody on the pitch.

Always sell him. But I can see what you mean by his passion.