pompeyblue
8 years
Great start to the story Celery, well written updates combined with some very nice graphics!
Good luck with the season ahead.
Login to Quote

Justice
8 years
I should probably comment on this.
Login to Quote

Zed
8 years
Dat graphic, I love it! Very good start, and a good choice of manager with the almost-world-cup-winning Sabella. Good luck mate!
Login to Quote

Neal
8 years
Very pretty graphic and update, I know Sabella will do wonderfully with all the young talent in Valencia

@Almighth Zedith - Thanks, coming from a GFX master like yourself, it means a lot

@NEAL - Yeah, I am looking forward to developing them

wellsy1498
8 years
Wow some really great graphics dude they are quality. You have good writing skills too, keep it up.
Login to Quote

Mohamed
8 years
Great writing and graphics, and interesting choice of manager, wondering to see what you can do against the likes of Real and Barca in the league and recently Atletico, good luck

@Mohamed - Thank you, hopefully I can get those results!
Login to Quote

Valencia: A Look To The Season Ahead 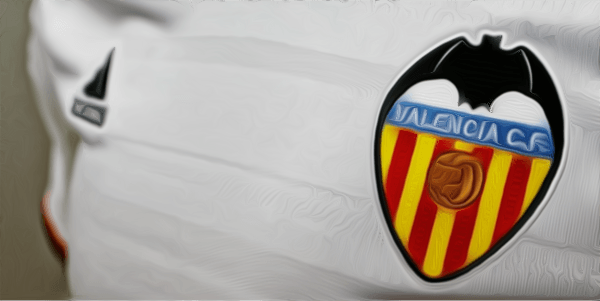 Under new management and new ownership, Valencia will be looking to put the disappointing season behind them, by competing at the top this season. The appointment of Sabella shows that Peter Lim, the new owner or the club, and president Amadeo Salvo, are not happy with the clubs current position in La Liga, and that they need a big name coach to take them to the tip of the pyramid, beating Barcelona and Real Madrid to the title. Therefore, we need to review the club’s season ahead to see the key fixtures that Valencia will face.


In 2014/15 Preseason, unlike most clubs, Valencia will not go on an extravagant tour to the Middle-East or India or the USA due to the financial instability at the club. Instead, Los Che kick off their pre-season in Spain, traveling 109.9 km down the coast to face Alcoyano of the Segunda División B3. This game will probably not be about the result for Sabella and his staff, but more about the levels of the players fitness, although Valencia should really be winning anyway.

Following the Alcoyano game, Valencia will spend five days relaxing and resting, before jetting off to the luxurious England to pit themselves against Yeovil Town of Sky Bet League One. This game will probably gain be about fitness for the players, and not so much the result, but in a perfect world, where in reality, Valencia are far from, another easy win should be on the cards.

Valencia will then travel east to North London to have a game against Barnet, who are led by West Ham and QPR stalwart Martin Allen. This game will be all about the result, as the player’s fitness should not be far from top notch now. Another reason a win is a must is that Barnet, although hotly tipped to move up a division, are in the Vanorama Conference, the fifth division in English Football, a relatively low level.

Valencia will then fly back to Valencia, to pit themselves against Portuguese giants Sporting Lisbon. Arguably the toughest game of pre season, Valencia will desperately want a win to show that they can beat the big boys this season - something which they struggled to do last year.

The club will then fly back Spain to play affiliate club Ribarroja, who are based in Ribarroja del Turia, thirty minutes’ drive from Valencia. This is a game Valencia should win comfortably, as the club is full of semi-professional players, with the club also playing in the Spanish Third Division. This is the fourth and final preseason game, and a win would make the team go into the season with high morale.


Valencia will kick off their season with a game against Elche, who miraculously survived the drop last season. The game will be played at Elches thirty-four thousand all-seater stadium, named Estadio Manuel Martínez Valero after the clubs late president. There will be a little bit of tang to the game as well, with both clubs considered rivals, but not on the scale of Valencia-Levante. The game will be key for both clubs. If the three points go Elche’s way, it will give them confidence that they can once again defy the odds and escape relegation, whereas for Valencia, it will help erase the memories of last season, and bring back confidence to club, and also help new coach Alejandro Sabella find the right tactics for the season.

Los Che will then travel back to Valencia to play Malaga, before facing Real Madrid at the Bernabéu. Apart from taking the bragging rights, three points from undoubtedly one of the toughest fixtures this season, would make a statement that Valencia are back in business, and would also prove that, even though it is unlikely, Madrid are beatable. Stopping the likes of Ronaldo, Rodriguez and Modric would provide a huge boost to the Valencia players and fans, and hopefully regain their confidence in the team.

They then go on to play Espanyol, Rayo Vallecano, Almería, Córdoba, Deportivo and Sevilla before playing rivals Villarreal away from home. Fixtures against Getafe and surprise champions Atletico Madrid follow.

Valencia then play cross-town rival Levante at their hunting ground. A win for Los Che will provide another huge boost for the club, as the next game is against the almighty Barcelona at the Mestella. If they were to win this, and on top of a win in Madrid, it would definitely remove any memories that are still lingering on the fans mind of the much talked about last season, and show that Valencia, once again, are genuine title contenders.

A game against Grenada follows, and then the Copa del Ray 4th round, sandwiched between a game again Real Sociedad. A trip to the Basque Country to play Athletic Bilbao is followed by a trip to Eibar, the La Liga’s new boys, before playing Celta at home.

The return fixtures then kick-off mid-January, with the dates to put in your diary being the game against Real on the twenty-fifth, the game against Atletico on the fifth of April, which is then followed by the game at the Nou Camp against Barcelona on the eight. Valencia wrap up the season with a home game against Eibar.


Key fixtures for Valencia this season will be the ones against the big three, Real, Barca and Atletico, as the results against them will determine whether they are challenging for the title, or aiming for Champions League spot. Other key fixtures include the games against Villarreal and Levante, with the fans desperately wanting the three points to provide an argument when their rivals clash. The cup games will also be highly anticipated, with the fans hoping for a long cup run to again help rid the memories of last season.

The Algerian has been a fixture on Valencia’s team sheet for a few years now, and will have to perform this season for the team. He will probably mainly feature off the right, and will be a key part in Los Che’s attack. His main duty will to create goal scoring opportunities for the strikers, but also put a few into the back of the net. He will also have to perform consistently, even if he is not providing goals or assists, for Valencia to succeed this season.

The Brazilian goalkeeper joined from Almería in 2011 and has been a key part of Valencia ever since. The goalkeeper will have to be on top of his game to deny superstars such as Cristiano Ronaldo and Lionel Messi finding the net. He will also have to be in top form in other games though, as La Liga is known for its goal scoring players.

The Argentine centre back will again have to perform consistently for Valencia to have any success this season. He will look to use his physical strength to overpower his opposite number, which will be relatively easy for him, due to the forwards being traditionally small in Spain. He is considered Valencia’s most important defender, and will have to perform help Los Che’s form a solid back wall.
Login to Quote

I reckon Otamendi will be very good for you

No1VillaFan
8 years
Awesome update I looked at Feghouli but decided against it, can i see his stats please
Login to Quote

AlexTHFC
8 years
Fantastic as usual, this is looking like it could be your greatest story yet!
Now you just need a good start to the season

Josh_MU
8 years
Professional update Tallery. Valencia have some good players, hopefully they can lead you to success!
Login to Quote